The craziest New Year's Eve ball drops in the U.S. 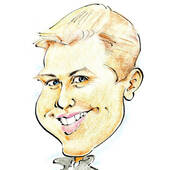 For centuries, revelers have welcomed the new year with baller bashes beginning with the original Greenwich Time Ball, which first dropped in the 19th century at the Royal Observatory at Greenwich. The time-ball was dropped at 1pm daily so ship captains could set their chronometers. Arguably, today's most famous New Year's Eve ball drop is the 12-foot, 11,875-pound geodesic sphere that falls in New York City's Times Square, but there are dozens of rival celebrations coast to coast.

In the last century, the act of dropping time-balls has evolved from dropping simple spheres to descending hometown icons, creating quirky New Year's Eve traditions in cities and towns across the U.S. From an acorn in Raleigh, North Carolina to a MoonPie in Mobile, Alabama to a wrench in Mechanicsburg, Pennsylvania, we drop in on the 23 craziest New Year's Eve drops for New Year's Eve 2022. 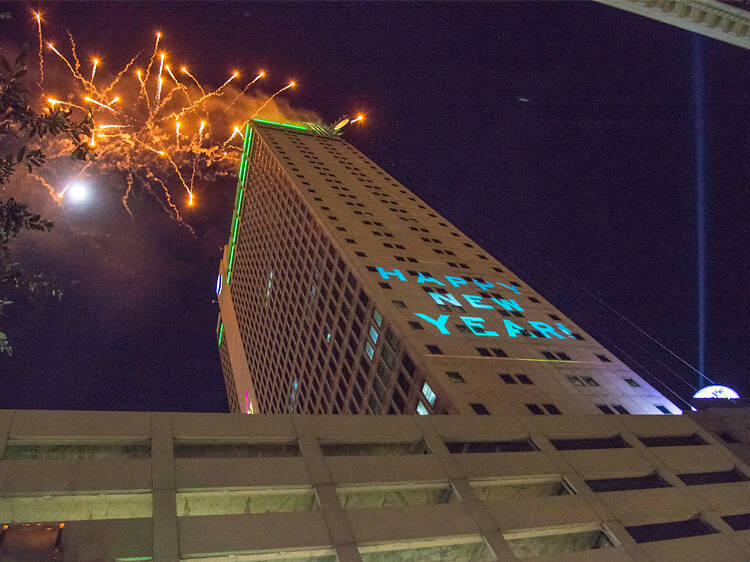 The MoonPie Over Mobile celebration in Mobile, Arizona is pie in the sky—literally. The party starts with a kid-friendly noon-time MoonPie drop that is followed by live music, a resolution wall to declare new year's resolutions, a Mardi Gras umbrella contest, several parades, and the cutting of the world's largest MoonPie, a sweet treat of graham cracker, marshmallow, and chocolate. Third Eye Blind headlines an evening concert that is highlighted by a midnight dropping of a 600lb MoonPie, fireworks, and a laser light show. 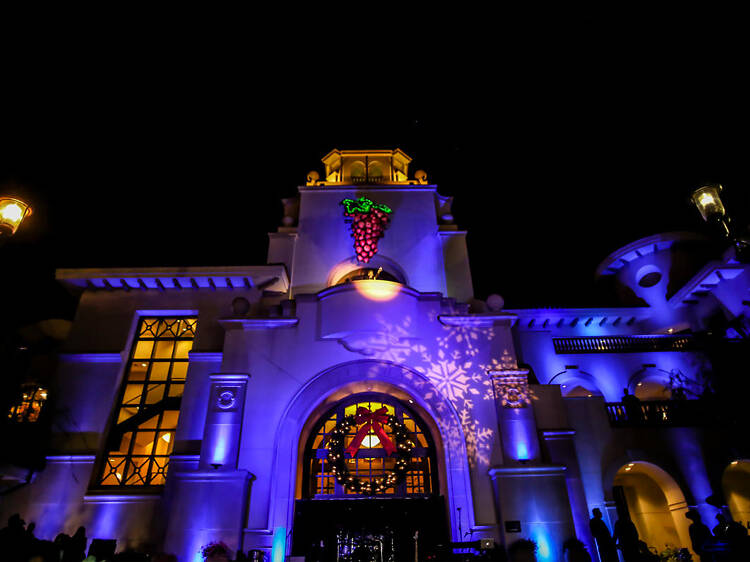 The Southern California Grape Drop is a new year's celebration that is twice as nice. Festivities in the wine growing area include music, food, fun, and two drops of a bunch of grapes. The 150lb purple grapes adorned with 7,000 lights drop at 9pm to usher in new year's on the East Coast and at midnight to ring in 2023 on the West Coast. 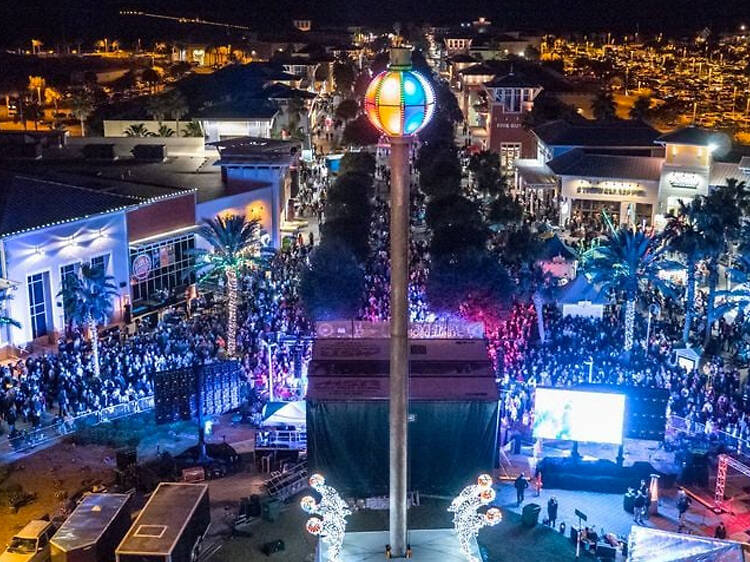 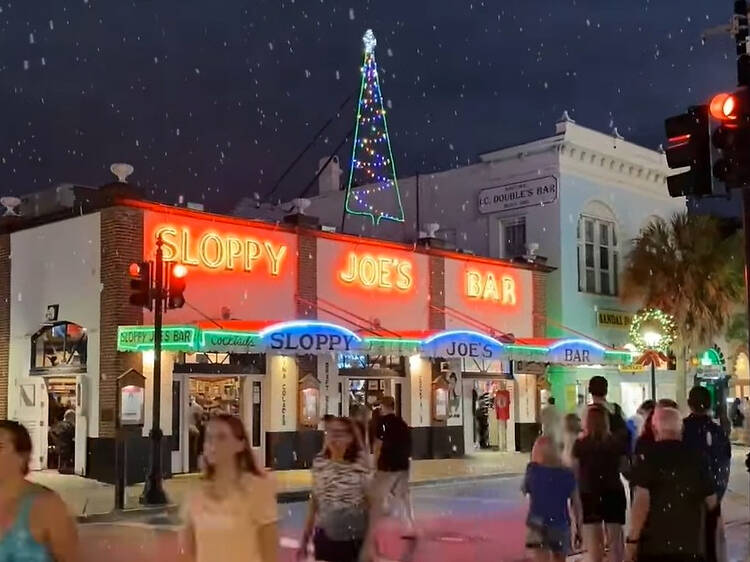 The last day of the year is filled with music at Sloppy Joe's, a Key West bar opened the day Prohibition was repealed in 1933. The day begins at noon and ends with the dropping of beats and a 6ft conch shell from the roof of the famed bar that Ernest Hemingway often frequented. 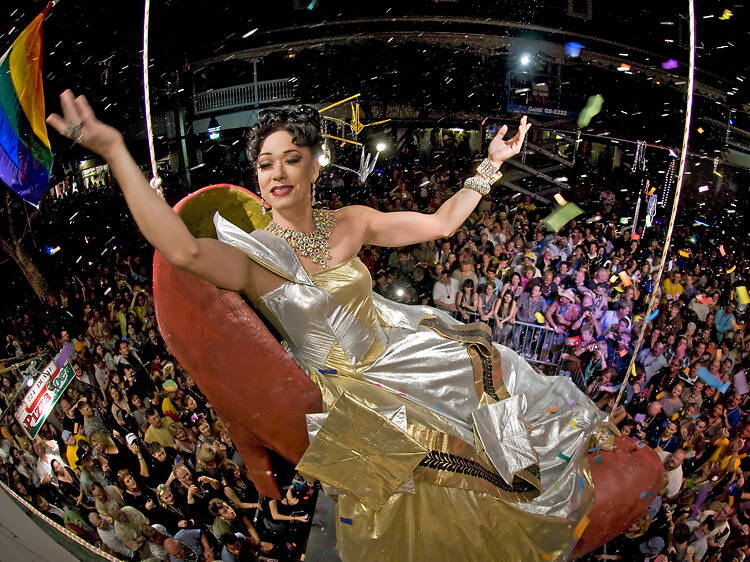 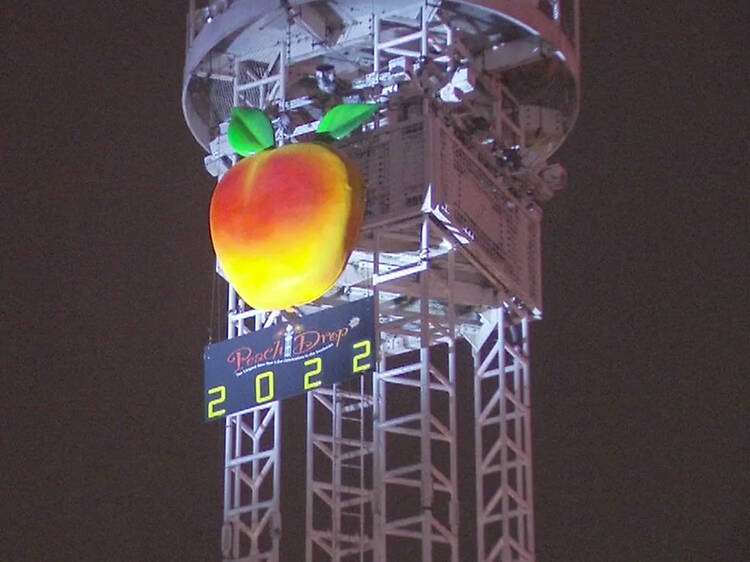 The peach is back in town. After a three-year break due to the COVID-19 pandemic, the Peach Drop returns on Dec. 31 at Underground, a shopping district in Atlanta. At the stroke of midnight, an 800lb fiberglass and foam peach descends amidst a flurry of confetti to welcome the new year. 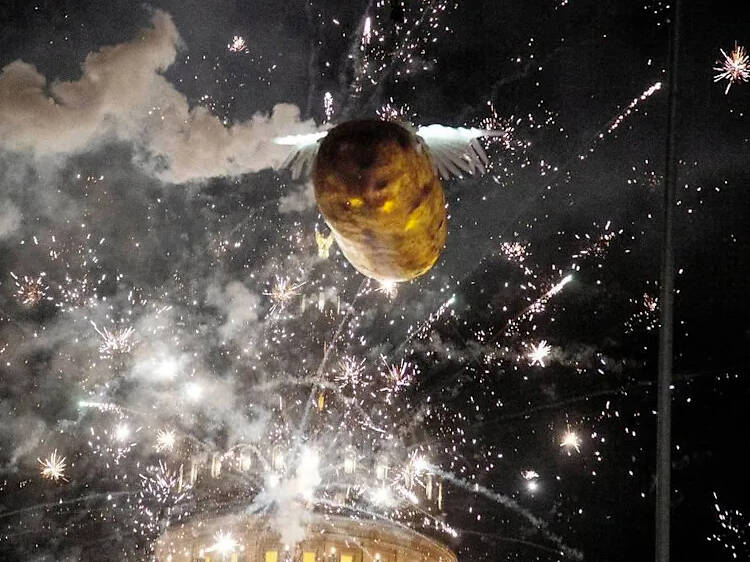 The 10th annual Idaho Potato Drop is a spud-tacular new year's celebration with partiers enjoying the last six hours of 2022 watching a ski and snowboard exhibition, taking photos with the celebration's mascot Spuddy Buddy, and watching the flight of the illuminated #GlowTato. At midnight, the spud drops like a hot potato. 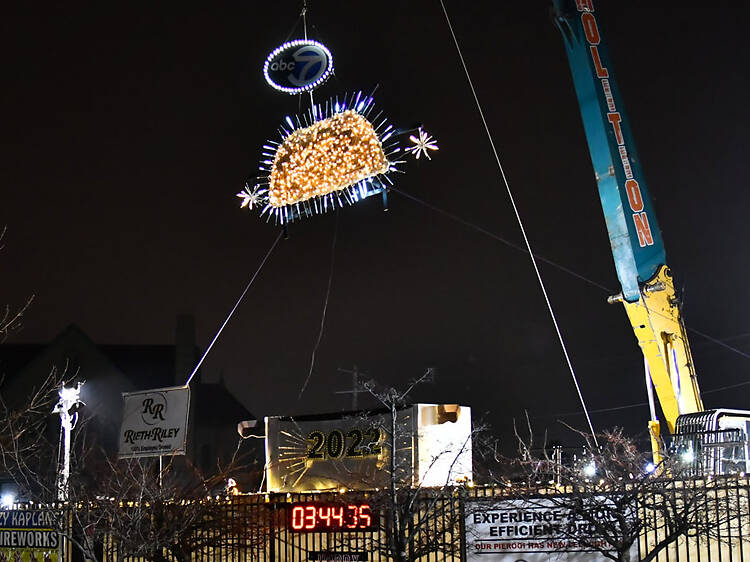 Sponsored by the Knights of Columbus, the seventh annual Pierogi Drop is a party that begins indoors with live performances and Polish cuisine and ends with a 10ft illuminated pierogi dropping 75ft into a boiling cauldron. 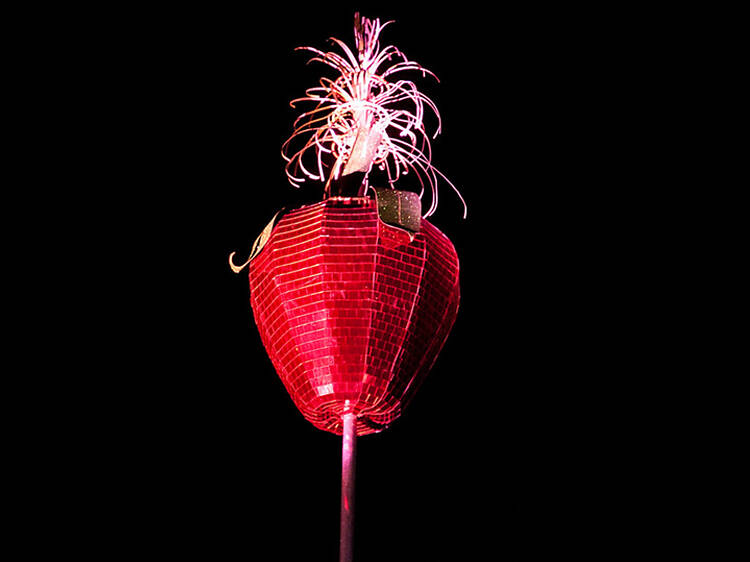 Locals gather to countdown the end of the year by admiring the dropping of an aluminum apple at the annual Little Apple New Year's Eve Celebration. It's not a coincidence that the city that shares the name of the famed New York borough drops a replica of the 1980s-era Times Square Ball in Aggieville Historic District on December 31. 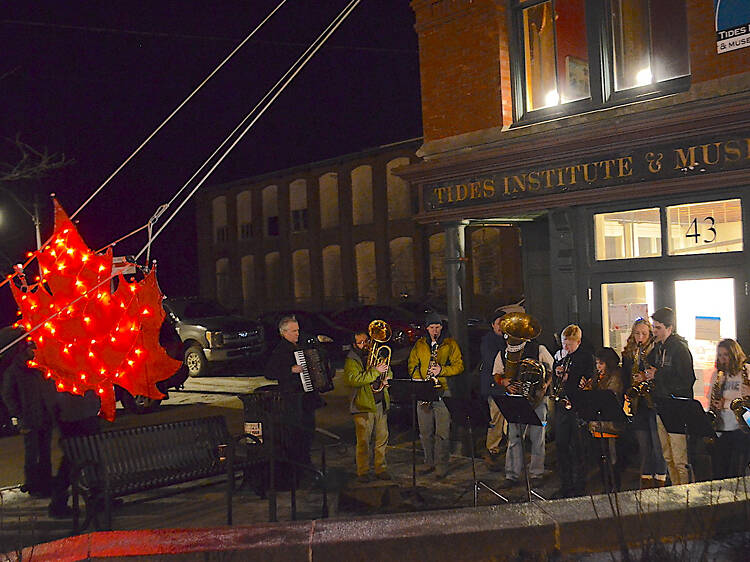 Countdown to 2023 with not one but two drops at the New Year’s Eve Sardine & Maple Leaf Drop. First, an illuminated red maple leaf is dropped from the Tides Institute & Museum of Art at 11pm to welcome the new year just across the bay in Canada and then an 8ft Great Sardine is dropped in Eastport, Maine as the clock strikes midnight an hour later. 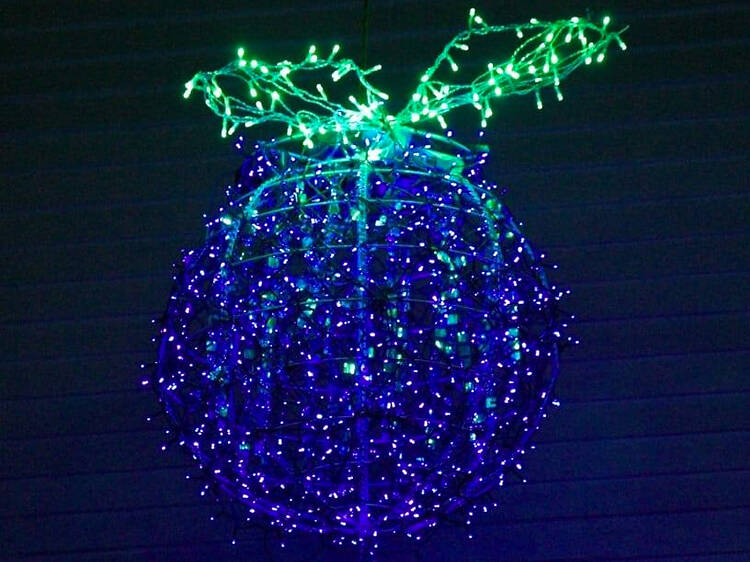 The seventh annual Wild Maine Blueberry Drop is a double drop of fun. After ice skating at Waterhouse Center, locals watch the descent of a massive blueberry fashioned from a refurbished lawn ornament that is festooned with 1,000 lights. The beloved blueberry drops at 9pm and midnight from the First Parish Unitarian Universalist Church steeple. 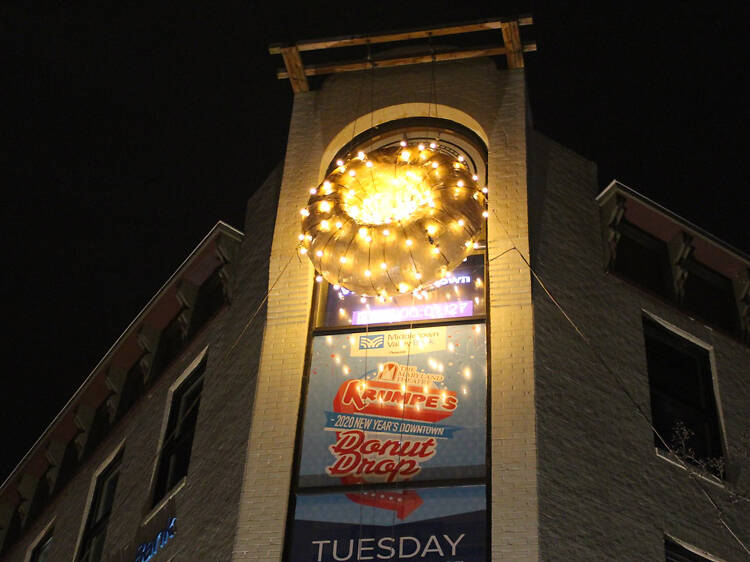 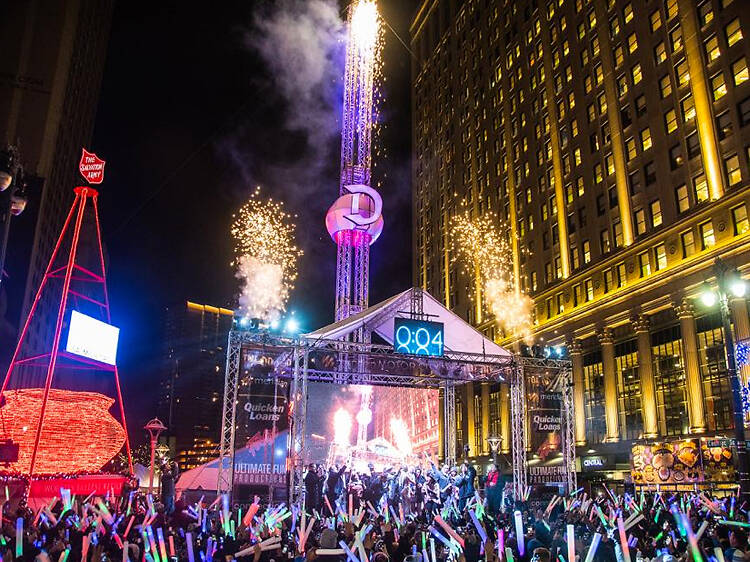 The Motor City gears up for the new year with a letter drop at the Motor City New Year's Eve party, an evening of free, live musical performances from local artists, an LED light show, and a midnight beach ball blast. The countdown to the new year is capped off with the dropping of a giant illuminated "D." 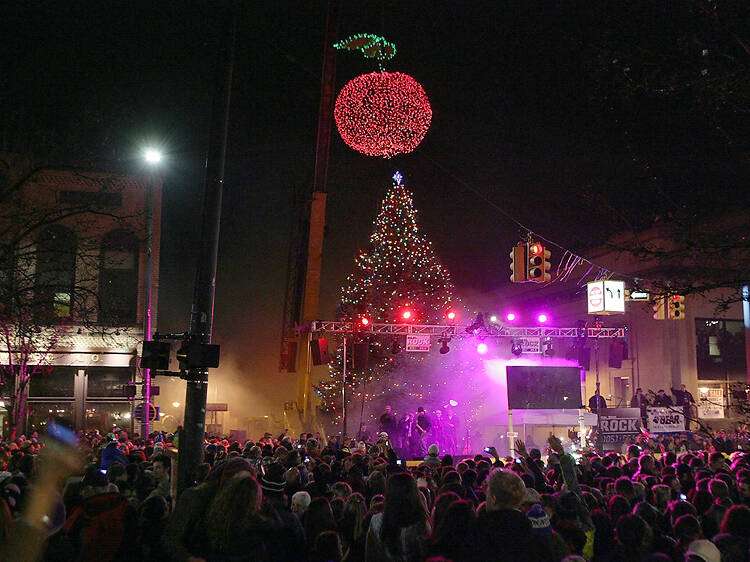 What better way to celebrate new year's eve than with the CherryT Ball Drop, a sweet celebration with a cherry on top—literally. The cherry capital hosts a nighttime party on Front Street that benefits local charities (CherryT is a play on words that is a nod to the city’s cherry industry and the charity aspect of the annual event). CherryT Ball Drop culminates with the descent of a giant, red-lit cherry. The festivities are also streamed live on Facebook. 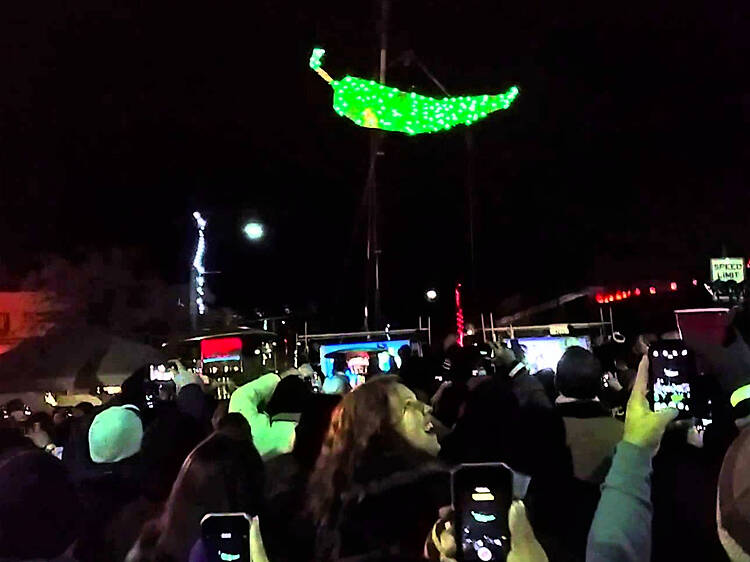 Las Cruces drops it like it's hot on new year's eve. The 9th annual Chile Drop Las Cruces includes a block party with music and a countdown to the chile pepper drop. The crowd votes on which color the 19ft-long chrome chile will be—red or green—before the LED-lit wonder drops from a crane. 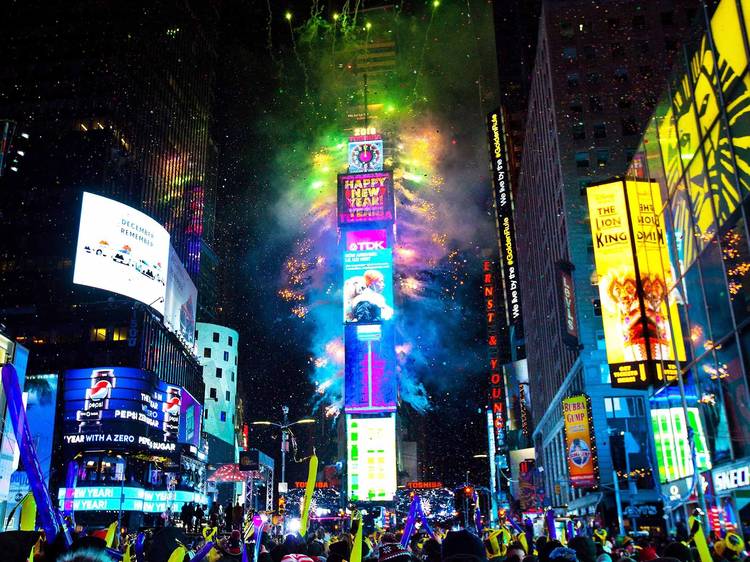 The Times Square New Year's Eve features six hours of nationally televised entertainment before the midnight moment. Since 1904, thousands of revelers have come to Times Square to countdown and watch the iconic geodesic sphere adorned in 2,688 Waterford crystal triangles and lit with 32,256 LEDs drop from One Times Square, ushering in a new year and triggering a shower of 3,000lbs of colorful confetti. From Dec. 1-29, folks can submit their wishes online or in-person at the NYE Wishing Wall that are printed on confetti that rains down on New Year's Eve. The famous 2023 numerals begin their cross country journey in Las Vegas on Dec. 1 and make stops in Franklin, Tennessee on Dec. 10, Washington, DC on Dec. 14-15, and Philadelphia on Dec. 17-18 before arriving in Times Square for photo ops Dec. 20-23 before they are placed atop One Times Square. On Dec. 28, the public can do one last prep for New Year's Eve by bidding farewell to anything bad during Good Riddance Day. 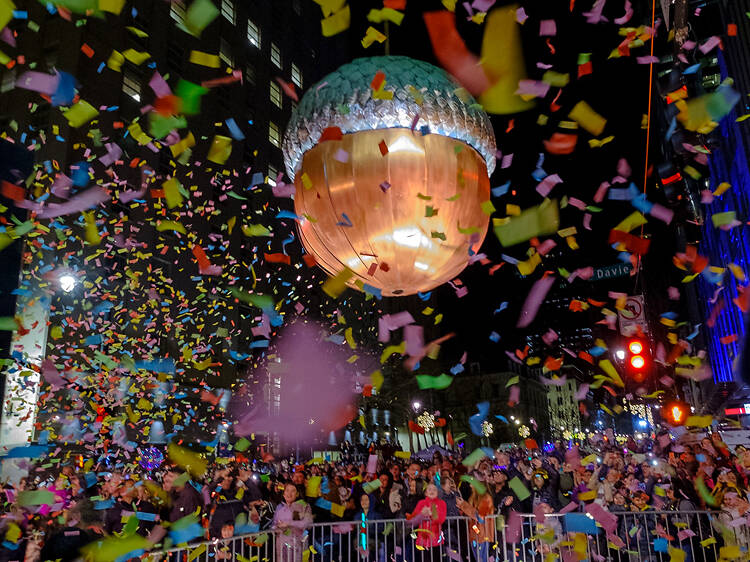 Raleigh, the "City of the Oaks," welcomes the new year with First Night Raleigh, a day-long block party with entertainment, fireworks, and the dropping of a 10ft tall, 1,250lb copper and steel acorn. The iconic acorn is a sculpture that was commissioned for Raleigh's bicentennial in 1992 that is displayed year-round at the Duke Performing Arts Center. 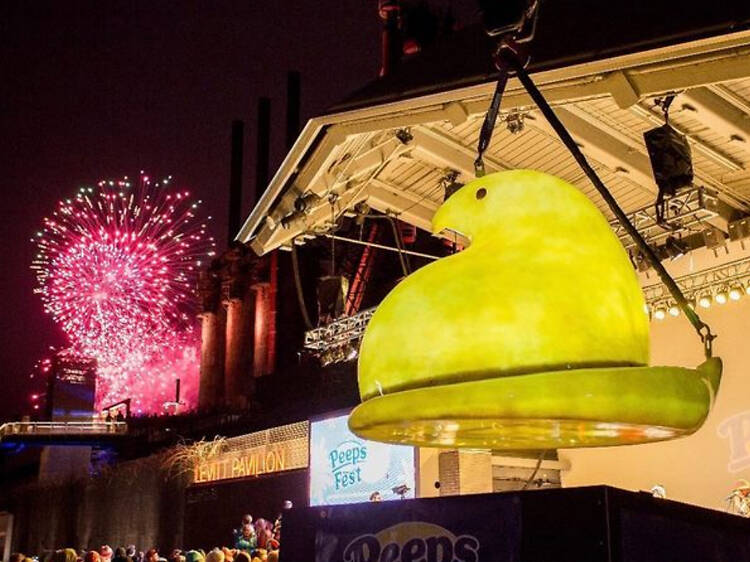 Get a jump on New Year's a day early with PEEPSFEST, hosted by hometown confectioner Just Born, the creator of marshmallow PEEPS. This year, the two-day event celebrates the 100th anniversary of PEEPS and includes family-friendly activities like a scavenger hunt, music, fireworks, and a giant 400-pound PEEPS chick drop both days. At this ticketed event, sweet lovers get to try new PEEPS flavors launching in 2023 and children receive goodie bags 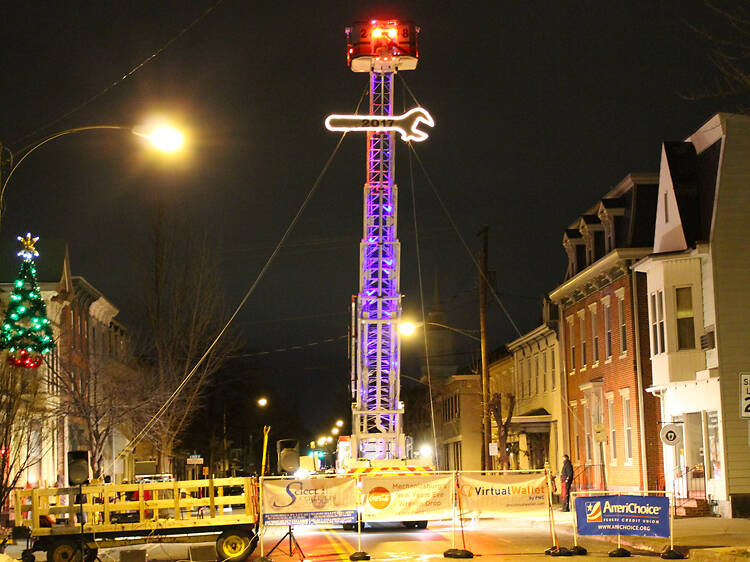 What started as an Eagle Scout project has turned into an annual new year's eve tradition. The Mechanicsburg Wrench Drop is a nod to the town's founders who were mechanics. Since 2004, locals have ushered in the new year with the drop of a galvanized steel wrench at the Washington Fire Company as part of the evening of music, family friendly activities, and commemorative wrench sales. 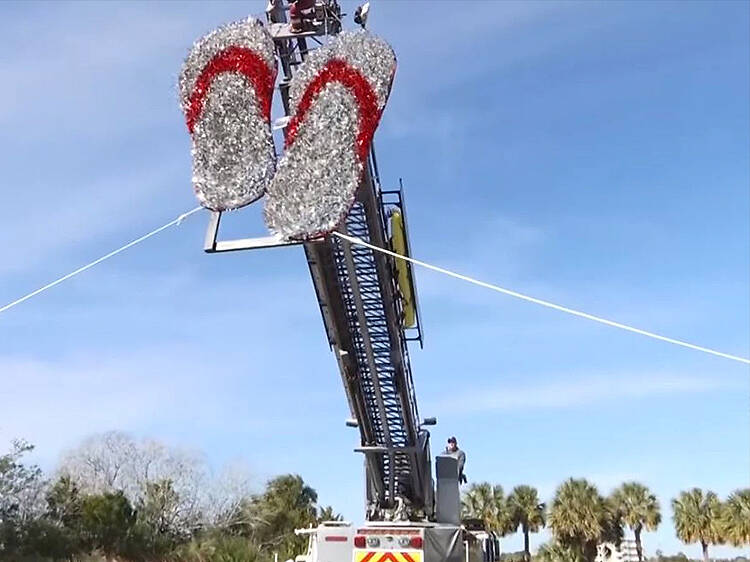 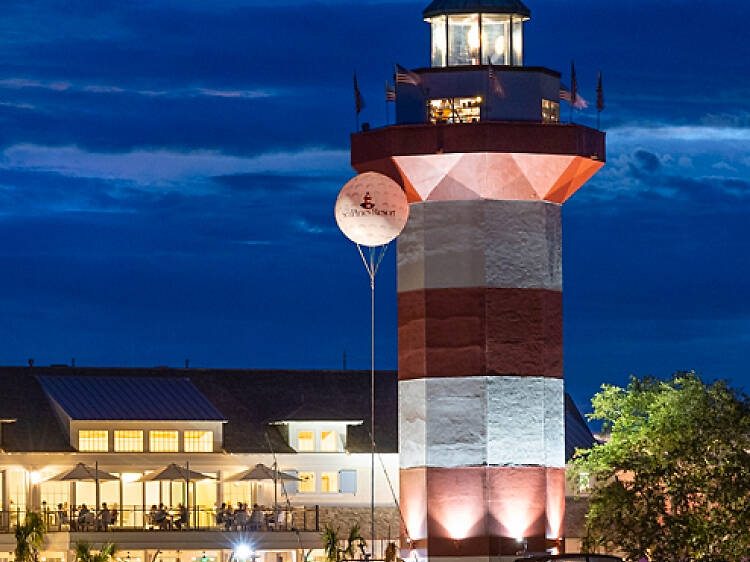 The golfers' paradise ushers in the new year with the drop of a massive golf ball set atop the Harbour Town Lighthouse. Revelers are in fore a double dose of fun at the New Year's Eve Ball Drop as the town drops the ball at 7pm and midnight. 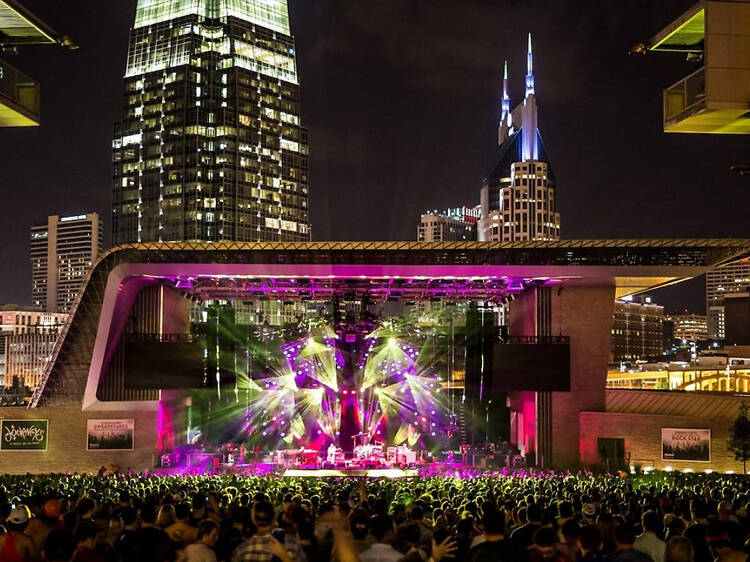 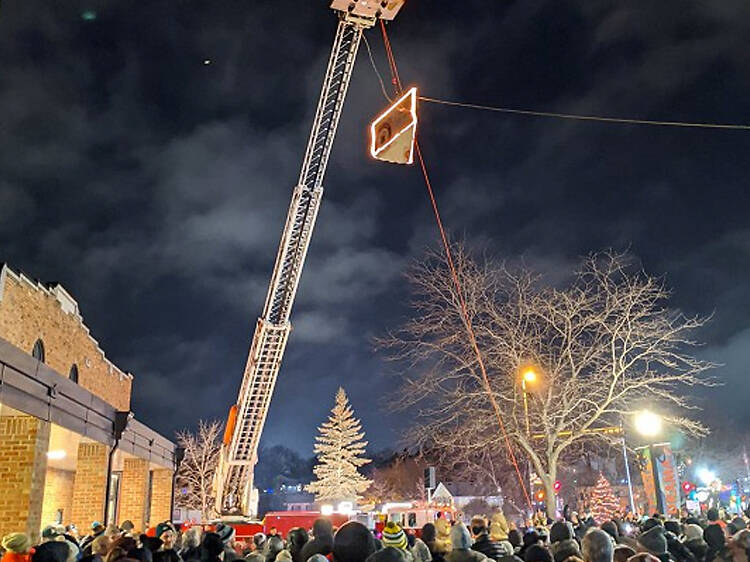 It's fitting the cheese capital of the world hoists a wedge of cheese high above Plymouth, Wisconsin on New Year's Eve. During the 16th annual Sartori Big Cheese Drop, a piece of Sartori Cheese’s BellaVitano Gold Cheese is dropped. Revelers gather at the Plymouth Arts Center to enjoy a cheese tasting table, music, a bonfire, plus the midnight cheese drop.