Coffee houses, countless museums and rolling green hills on its doorstep – check out the best of the Austrian capital in Time Out’s essential travel guide

What’s the deal with Vienna?
With its Baroque buildings and tinkling trams, Vienna can feel a bit like a period film set. That’s only part of the story, though. Scratch the surface and you’ll find the Austrian capital combines Berlin’s buzz with Prague’s good looks, adding a dash of its own coffee-and-cake-focused charm for good measure. Historic squares lined with imposing buildings – from Stephansplatz to the MuseumsQuartier (home to 60 institutions) – might make an old-fashioned impression, but they provide a handsome backdrop for craft brews, modern masterpieces and more. 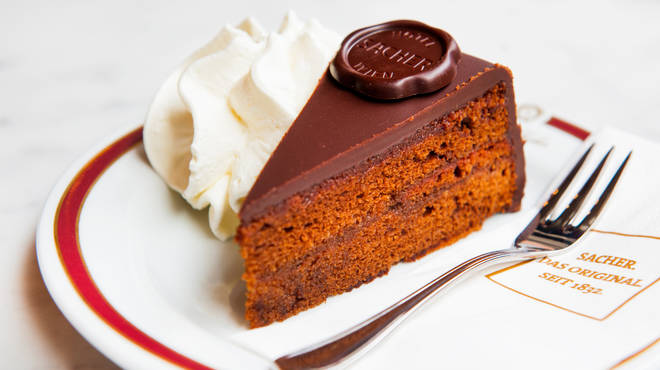 If you only do one thing
No visit to Vienna is complete without sachertorte. The ganache-topped, apricot-jam-filled cake is such a big deal, it was the subject of a legal feud: the Hotel Sacher and the Demel bakery fought for nine years to call theirs the original. Hotel Sacher won that battle but for us, Demelís edges it on flavour.

Dine in style
Get in the queue for the legendary Café Central. The gilded coffee house has been an institution since 1876, and it’s witnessed its share of history (Lenin and Trotsky were regulars). Tough out lukewarm service for superlative schnitzel and warm apple strudel.

Eat on the cheap
Low-lit dumpling specialist Mama Liu & Sons is always rammed for a reason. Feast on smacked cucumber and mouth-tingling northern Chinese-style cold noodles for well under €10. 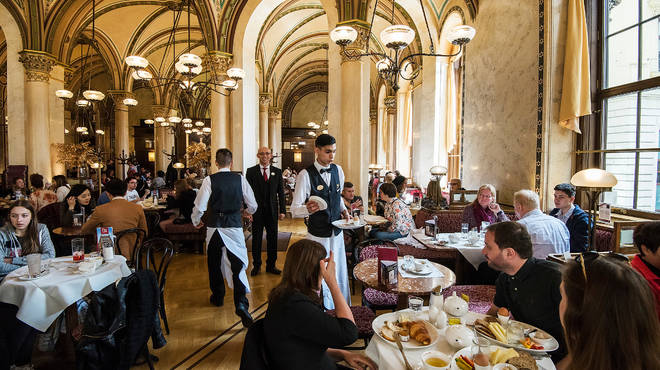 The hustle and bustle of Café Central © Giannis Papanikos / Shutterstock.com

Drink like a local
Erich, a funky subterranean bar off Sankt Ulrichs Platz, has a serious selection of Austrian brews, from nutty Schladminger Urbräu pilsner to full-bodied Pannonian cider. If you prefer a coffee bean brew, hole up in Fürth Kaffee on Kirchengasse. This cool café and co-working space is one of Vienna’s pioneering roasteries, with a huge menu of speciality coffees.

Stay up late
If ‘The Matrix’ meets ‘Mad Men’ sounds like your kind of night, then chase your tail all the way to If Dogs Run Free. The sixth district bar is a great place to start or end your night (it’s open until 4am at weekends) and serves up a selection of reasonably priced cocktails. Order up the Damascus Spritz – made with rum and cardamom syrup, you’d be barking mad not to get one.

Soak up the vibes
There’s nowhere nicer to while away an afternoon than the Naschmarkt, Vienna’s world-famous open-air market. It’s nearly a mile long, selling local produce from its 120-plus stalls. Grab a pavement table at modern Israeli eatery Neni am Naschmarkt and watch the world go by with a plate of sabich and falafel.

Get cultural
Does Vienna have the world’s artiest district? Quite possibly. The MuseumsQuartier’s buildings are packed with masterpieces by the likes of Egon Schiele and Gustav Klimt. Coming to the MQ also puts you within a short stroll of the Imperial Palace (Hofburg) and the former tropical house Palmenhaus, which now does great cocktails. Pooped after a morning of museums? Head to Sigmund Freud Park. As well as making psychoanalysis famous, Vienna’s preeminent brainbox gave his name to a picnic spot. Overlooked by the neo-gothic Votiv Church, the space has 100 comfy sunloungers set out in summer months. They’re free to use and there’s no need to discuss your dreams while lying on one.

Take a day trip
It’s easy to forget that Vienna is surrounded by woods and rolling green hills. For a jaw-dropping view of it all, follow the marked city hiking trail to the Kahlenberg (it’ll take about four hours) or hop on the 38A from Heiligenstadt via Grinzing (that’ll take about 25 minutes). From the top you can see all the way to Schneeberg, the mountain that provides the city with crystal-clear spring water.

Hang out in this hood
Bed down in Neubau, Vienna’s up-and-coming 7th district – it’s walkable from the centre but feels quirkily independent. With handpicked vintage furnishings, the 1960s-style rooms at budget boutique Max Brown 7th District punch well above their £83-a-night starting price. Or try Hotel Altstadt – it used to be an apartment building and each of the 45 rooms from £167 per night) still has its individual character.

Only in Vienna...
The Spanish Riding School’s Lipizzaner horses have a special talent: they can dance. Specially bred and trained white stallions perform mesmerising dressage routines to classical music. Book tickets to morning practise, or get in free with a Vienna Pass.

The best things to do in Vienna 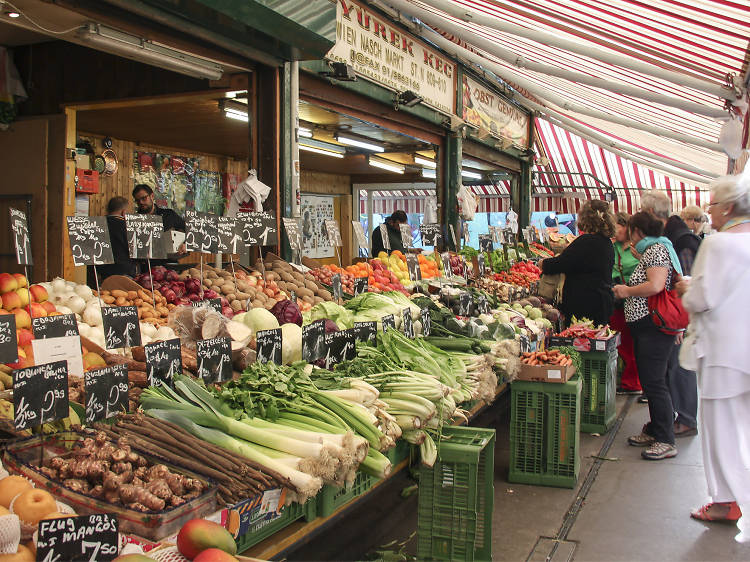 The 13 best things to do in Vienna

With its cosy cafés and Christmas markets awash with glühwein, Vienna definitely comes into its own in December—but trust us, there are so many things to do in Vienna all year round.