Is there any part of our city that isn’t changing with the times? As tales of “old Austin” spill nostalgically from locals’ lips, neighborhoods—and even individual streets—seem to develop faster than ever, with hotels rising higher than the ones next door and award-winning chefs opening restaurants next to some of Austin's best taco spots. There are unsettling implications to all this change, of course: Austin recently experienced one of the highest rent hikes in the country, and families who have lived here for generations are being priced out of their homes. But change (and great new cocktail bars) can make a city stronger, too, especially when it comes to these five rapidly developing areas. Put on your walking shoes, step outside of your ’hood, and get ready to fall in love with a whole new side of Austin.

All photographs by Jessica Attie 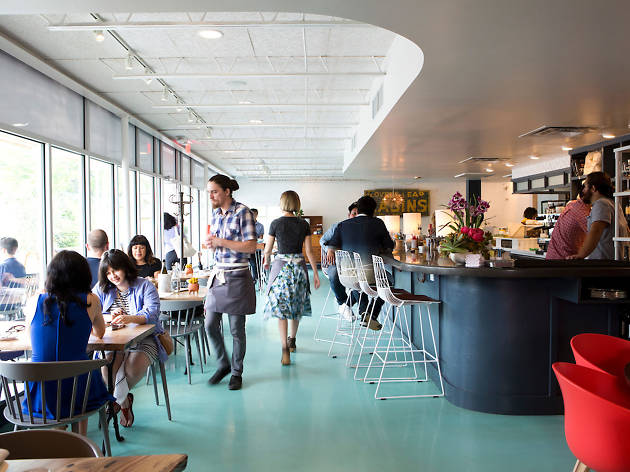 It's hard to talk about the growth of Holly without mentioning that other G word, the one that ends in entrification. As one of the oldest neighborhoods in Austin, the area is primarily residential and largely Latino—though, yes, that’s all changing too. On East Cesar Chavez Street, Mexican restaurants give way to bistros (hello, Launderette) and craft breweries. Cross the train tracks on 5th Street, and you’ll find a row of small storefronts that sell beautiful reclaimed wood furniture, handmade cards and clothing with an altruistic slant. Despite Holly’s evolution, there’s a symbiotic relationship between its trendy shops and its beautiful old murals: Creativity abounds in this eastside nabe, and it’s not disappearing anytime soon.

Local Loves
Hops & Grain Brewing: Post up at a picnic table on the brewery’s patio or inside its cozy taproom for an IPA (Hops & Grain highlights the style).

The Paper + Craft Pantry: The colorful stationery store sources goods from more than 560 designers worldwide. Shop for whimsical cards or take one of the workshops, like an intro to modern brush-lettering.

Juniper: This is as close as you’ll get to a gin bar in Austin, with upwards of 20 varieties on the shelves. Come for brunch, particularly the fresh-milled polenta with house sausage.

Link & Pin: A cheerleader for local artists, gallery Link & Pin offers a place for creators to showcase their work—and allows us to explore Austin’s most imaginative minds. 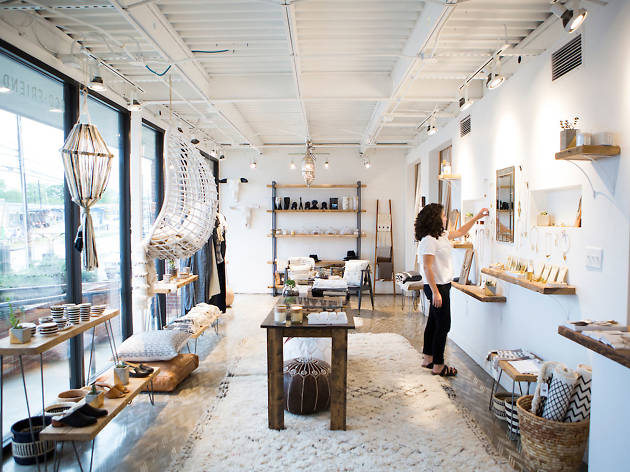 The section of Manor Road that borders Cherrywood and East Austin used to be an industrial thoroughfare, stretching between I-35 and Airport Boulevard and populated by just a few businesses. In 1988, Eastside Cafe was one of the very first restaurants to open there. Now the bustling street is a bona fide restaurant row, one where School House Pub serves upscale bar food between two Mexican restaurants, Mi Madre’s and El Chilito, and where locals park it for the day at coffeeshops and community markets. The newly formed Manor Road Merchants Association has spearheaded initiatives to promote the street even more, but we don’t need much convincing. The charming neighborhood is one of our favorites in the city.

Local Loves
Elaine's Pork & Pie: The menu at Elaine’s is small, but you only need to order two items: the fantastic pulled-pork sandwich and a slice of bourbon buttermilk pie.

Raven + Lily: Pick up goods made by at-risk women from around the world, like locally sourced leather bags from Ethiopia and embroidered tunics from Pakistan. 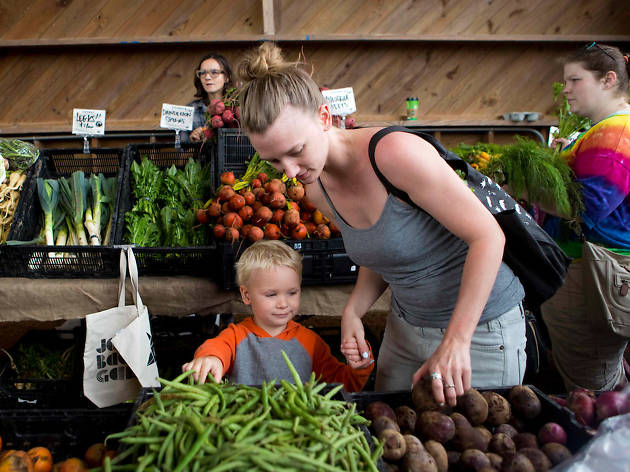 Take a stroll around Mueller now and you might think you’ve walked onto the set of Pleasantville. The urban village is a maze of cookie-cutter houses and local chains, with little to remind residents that Robert Mueller Municipal Airport used to dominate the area (though the control tower still stands). Opened for commercial service in 1936, the airport served Austin for 63 years until it closed, giving way for the city council to implement its “Mueller master plan” for development. The area’s first regional retail center opened in 2007; Mueller’s Aldrich Street district has since grown to include recognizable businesses like Alamo Drafthouse and Lick Honest Ice Creams, and there are more on the way: Stella Public House, Bao’d Up, Colleen’s Kitchen. There’s still character in this neighborhood, though. Wander around the historic Browning Hangar on Wednesday afternoons and Friday evenings to find the Heart of Texas Pétanque Club playing games (and occasionally offering free lessons!), or picnic by Mueller Lake, where families hang out after visiting the nearby Thinkery, Austin’s premier children’s museum. The neighborhood may appeal more to Austinites wanting to settle down, but Mueller’s hip factor is on a slow and steady rise.

WhichCraft Tap Room & Bottle Shop: This dual-purpose shop serves as both a bar where you can sip craft suds and a bottle shop in which to purchase well-curated brews for your next house party.

Thinkery: This family favorite evolved from the Austin Children’s Museum and is a place for both kids and adults to constantly ask “why?” as they explore exhibits centered around science, tech, engineering, arts and math. 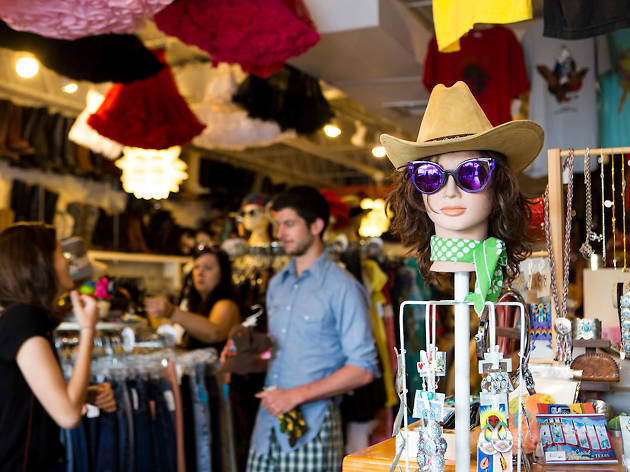 North Loop is a hard neighborhood to define. Once considered a semi-distant suburb of Austin, the area that borders Hyde Park, Crestview and the I-35 is now a popular residential and shopping ’hood for both families and UT students. Brightly colored bungalows line the streets, as do cocktail-bar–coffeeshop hybrids. The area has been compared to South Congress, a parallel made even stronger by the Home Slice Pizza that will soon arrive in North Loop. But you’ll also find stores here that you won’t find anywhere else, like the volunteer-run anarchist bookstore, Monkeywrench Books. The area is developed but still weird, compact but still growing—kind of like Austin itself.

Breakaway Records: Sift through expertly curated vinyl at one of Austin’s best record shops; it stocks everything from reclusive country singles to electronic music and R&B hits. 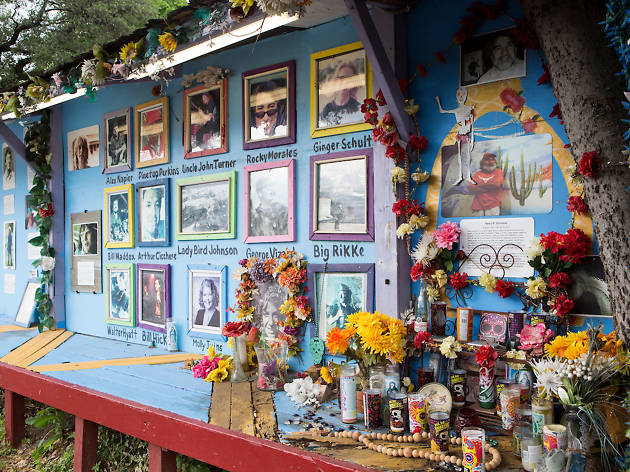 South Lamar stretches between Ben White Boulevard and Town Lake, but the neighborhood’s area that has seen the most change is between Zilker and Bouldin Creek. Need proof? Look up and you’ll find construction for days: Luxury apartments rising at a seemingly unstoppable rate. There’s plenty of money to burn on South Lamar, like at the ultra-sexy Japanese restaurant Uchi or Nannie Inez, a boutique selling chic home decor. But to get a taste of old South Austin, you don’t have to go far. A quirky museum, dive bars galore and a beloved minigolf course are all within reach if you’re not feeling that shiny new Juice Society. Just ignore the construction debris, and you’re golden.

The South Austin Popular Culture Museum: The eclectic museum may be tiny, but the cultural impact it covers is far-reaching, with exhibits that touch on the history of Austin’s punk scene and the past 10 years of Levitation Festival.

Looking for more things to do in Austin? 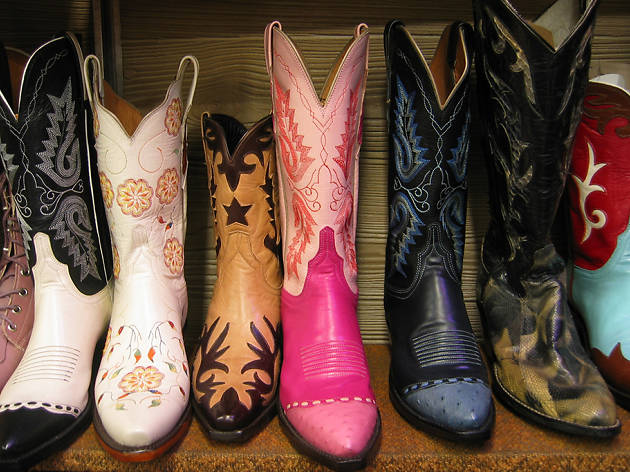 After checking out these rising neighborhoods, be sure to check out more things to do in Austin.