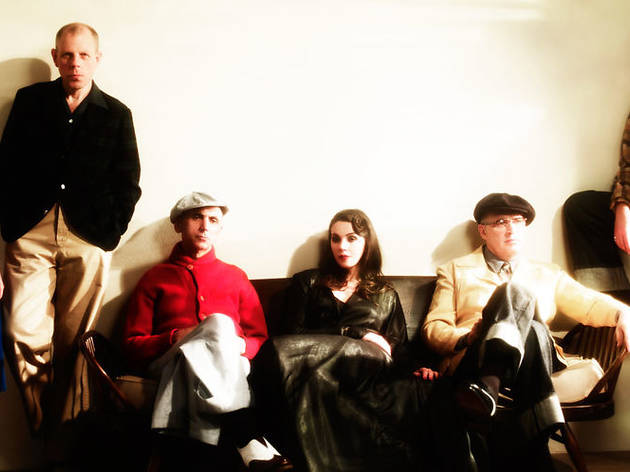 They're twice the age of most of their audience as well as many of their fellow performers, but they're among the festival's major draws. They're proof you can get older and still be very, very cool. At 70 years old, Rodríguez (Sat 25th) must be one of the oldest musicians at Primavera Sound 2013 (he's the same age as Mulatu Astatke), but he's also one of the most anticipated, for sure. The protagonist of the Oscar-winning documentary 'Searching for Sugar Man', the seemingly cursed musician who could've been the Latino Bob Dylan and became a South African legend without knowing it, will perform the songs on the two albums he released in the early '70s, accompanied by a string section. No doubt most of us will be shedding a tear or two. Right behind him in age is Kevin Rowland (59), who, as the front man of Dexys (Sat 25th), will definitely be one of highlights of the festival. He'll perform, from beginning to end, 'One Day I'm Going to Soar' (2012), the album the group made when upon reuniting after 30 years. It'll be a theatrical and emotional show without too many of the classics, but more than enough to make up for the queue to get into the concert hall. And yes, one of them will be 'Come On Eileen'. The visit from Dead Can Dance (Sat 25th) will be a bit less exciting, but only because they were just here in October. Lisa Gerrard (52) and Brendan Perry (53) are back after 16 years with 'Anastasis' (2012), and their mix of dark, post-punk, ethereal world fusion with new a 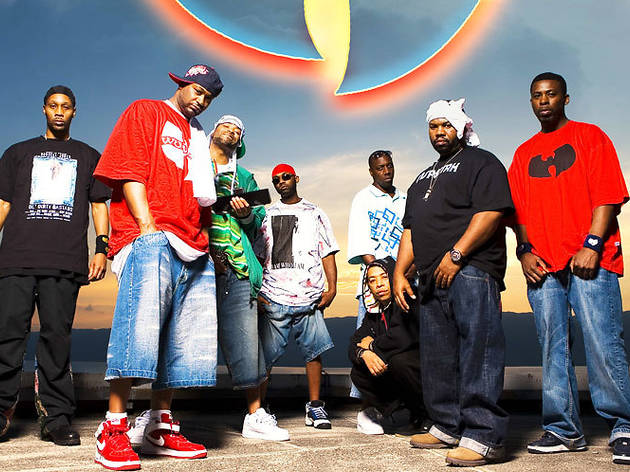 This year the festival answers critics who say it's 'too white', with more black artists than ever before on the bill 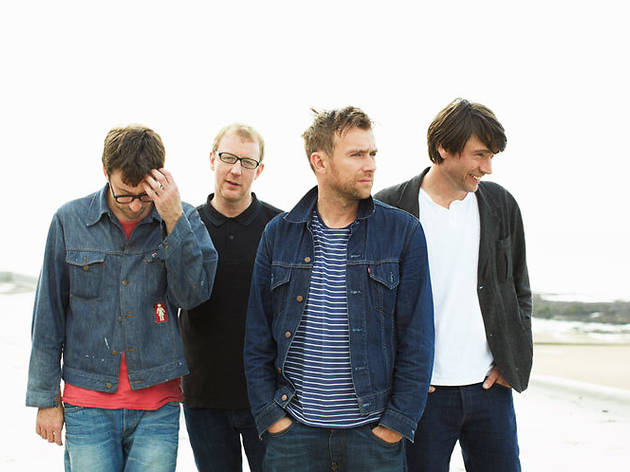 This year the headliners are playing on the stage that's farthest away from the entrance, so you'll have to walk all the way through the venue to get there. Down that energy drink and get moving. It'll be worth it. They're the groups that pretty much sell the tickets to these festivals, though surely none of them sell more tickets than the Primavera Sound brand. This year the headliners move to the northern-most stage in the festival, which is a nice way of saying that they're going to the middle of nowhere, now reborn as Escenario Heineken. It's there that you'll be able to enjoy the resurrection of Britpop heroes Blur (Fri 24th), who, facing the sea, will revisit classics and play a couple of new things that they've debuted since their return in 2012. Theirs is the most anticipated return of the festival, no offense to Dexys (Sat 25th) and The Postal Service (Thu 23rd), who are celebrating ten years since their only album, 'Give Up', indietronica hit of the turn of the century. Noise pop is another common theme for the headliners, with the two biggest names of '90s shoegaze: My Bloody Valentine (Sat 25th) and The Jesus and Mary Chain (Fri 24th). Both reunited in 2007 and have performed in Barcelona since their return. Seeing Kevin Shields's group will be particularly interesting, as his last shows in the city have been spectacular (if only we could say the same of the Reid brothers), they're performing their first album in 22 years and, what's more, they're at the height of t 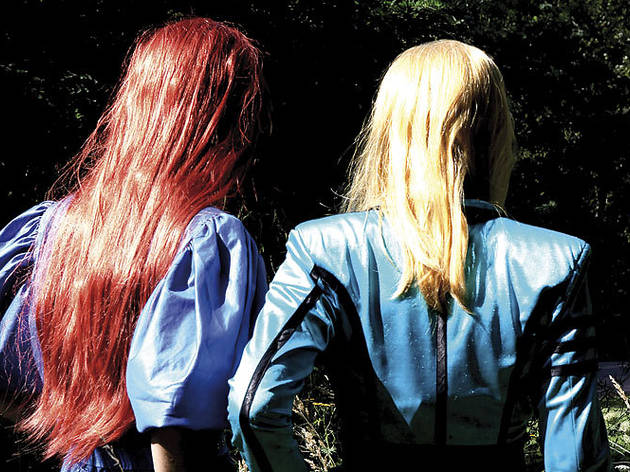 It's 3am and all the headliners have left the stages. Now what? Don't worry, we'll show you the way If you're one of those who are already wiped out when the bouncers clear everyone out in the wee hours, go ahead and stop reading. But if you're the type who's left wanting more but not knowing where to keep the party going, we'll give you the keys to ending each day of Primavera Sound with a bang. Two groups on the threshold of headline status will be playing after 3am. First it's Animal Collective (Thu 23rd) with their contemporary psychedelic rock, which, if you like, can lead into Toundra's moody, instrumental rock or Jackmaster's '80s house music. The next night The Knife (Fri 24th) alternates dark ambient with noisy experimental music and, if that doesn't knock your socks off, go try London's post-dubstep sensation, Disclosure. If you prefer guitars, give The Knife a miss and head for punk band Titus Andronicus's sharp guitar sounds, and then on to the garage punk-pop of King Tuff, a friend of J Mascis who was once a member of Happy Birthday. If you're still going strong, give in to Omar Souleyman (Sat 25th) and his Syrian dance: you'll make it to Hot Chip (Sat 25th) without a problem. Alternatively there are a few house dance options: The Suicide of Western Culture and Headbirds. And Primavera Sound always has to end with DJ Coco bringing us a wide variety of pop - even Journey. Primavera Sound on Spotify

A peek at the programme 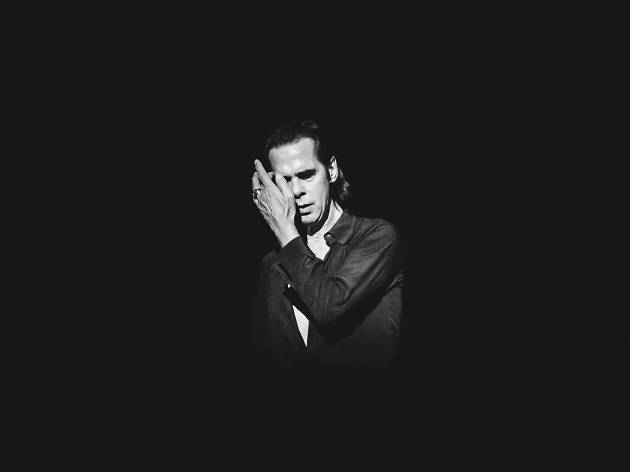 They've been to Barcelona several times before, in intimate venues and huge festivals such as Primavera Sound, but never before have they performed outside the festival setting in a space as large as Palau Sant Jordi. This marks a new milestone for Australian singer/songwriter Nick Cave and his Bad Seeds (Warren Ellis, Martyn Casey, Thomas Wydler, Jim Sclavunos, George Vjestica and Toby Dammit), who aim to fill Sant Jordi with all the emotion and sadness they've created with 'Ghostseen' (2019), their 17th album, which seems to be, after 'Skeleton Tree' (2016), a very personal album for Cave following the death of his teenage son Arthur, in 2015. 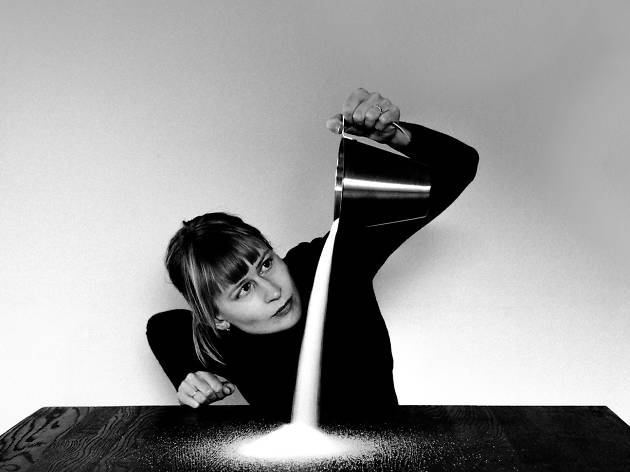 The 20th edition of Primavera Sound will not be on in June 2020, or in August 2020, as it had been announced in April 2020. Instead one of the world's most popular music festivals is slated to celebrate its 20th anniversary in June 2021, it was announced in May 2020. If you already had a ticket in hand, it will still be valid for the newest dates, but if you'd rather ask for a refund, you can do so as of June 3, 2020.  Some of the big names announced at the start of June 2020 for the 2021 edition were already on the bill for 2020, and some are new. Among them are Charli XCX, FKA Twigs, Beck, Iggy Pop, Bad Bunny, Tyler the Creator, Massive Attack, Tame Impala, Gorillaz, The Strokes, Jorja Smith, Koffee, Pavement, Idles, Caribou, Bikini Kill, Chromatics, Dinosaur Jr., Yo La Tengo, Maria del Mar Bonet, and Manel. Also taking the stage will be three biggies on the Catalan urban music scene – Bad Gyal, Yung Beef and C. Tanga – and classics like  Einstürzende Neubauten, Shellac and Autechre (in the Fòrum Auditorium). Other acts that have been announced are Jessica Pratt, Jamila Woods, Jehnny Beth, Caroline Polachek and Les Savy Fav. The latest confirmations include the likes of Doja Cat, Mavis Staples, PNL, BICEP, Jeff Mills and Kehlani. 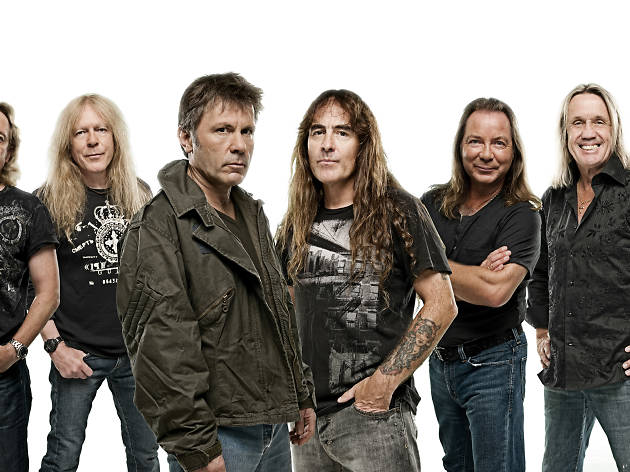 Attention heavy metal fans: Iron Maiden are playing just one date in Spain on their current tour, and it's July 25 at Barcelona's Olympic Stadium. The English outfit are on the European leg of their Legacy of the Beast greatest hits world tour that started in 2018. The biggest Iron Maiden concert in Barcelona to date will give you all their biggies – those tunes you've seemingly known forever and that have given birth to modern heavy metal. Get ready for a show full of pyrotechnics and theatrics: giant zombies, fencing combat, air raids and explosions, images from classic Iron Maiden songs onstage and more. The concert is set to be a festival metal that spans generations. It's promoted by Madness Live and Primavera Sound, and it's not the first time the famous festival has banked on heavy metal, but it is the first time they've put on a heavy metal stadium concert. Opening acts won't disappoint either: in Australian band Airbourne you'll hear influences by the likes of Aerosmith and fellow Aussies AC/DC; and out of New Zealand it's Within Temptation with their symphonic and melodic sounds. 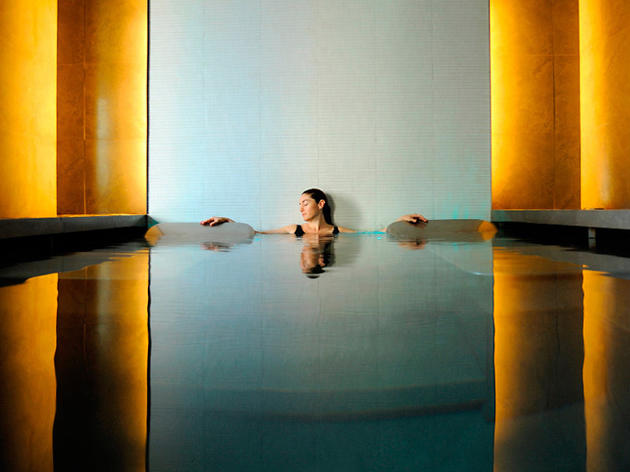