Don't fall for some of the overpriced and low-quality tapas and paella offered along La Rambla. Instead, take a few steps away from all the hustle and bustle to check out the culinary masterpieces of the restaurants just moments from all the action. Whether you're looking for lunch inside La Boqueria after exploring the best that La Rambla has to offer or a traditional meal on a terrace that overlooks the Raval after shopping for original souvenirs, the restaurants near La Rambla have something to offer for everyone. You'll find a variety of cuisines made with the freshest produce and seafood from La Boqueria itself. The restaurants in the area serve up Spanish, Catalan and Mediterranean food that would make any foodie hungry for more.

Where to eat near La Rambla 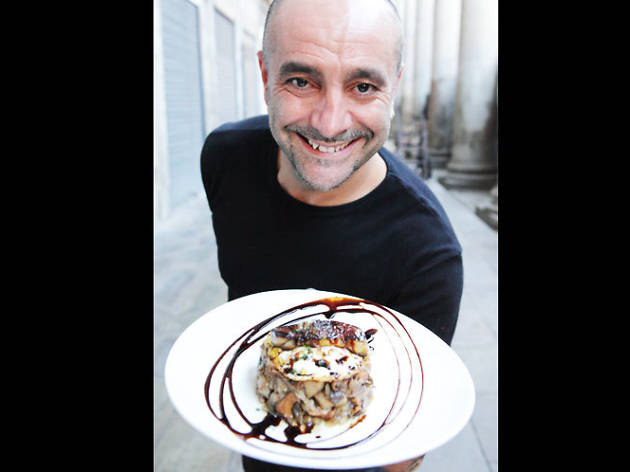 Located inside the famed market on La Rambla, Quim de la Boqueria offers visitors the chance to taste a cusine made fresh from products in the market. Quim himself says that he has the world's best larder, right next door. And it’s true, you don’t eat delicious dishes like fried eggs with whitebait or a superb 'capipota' every day. 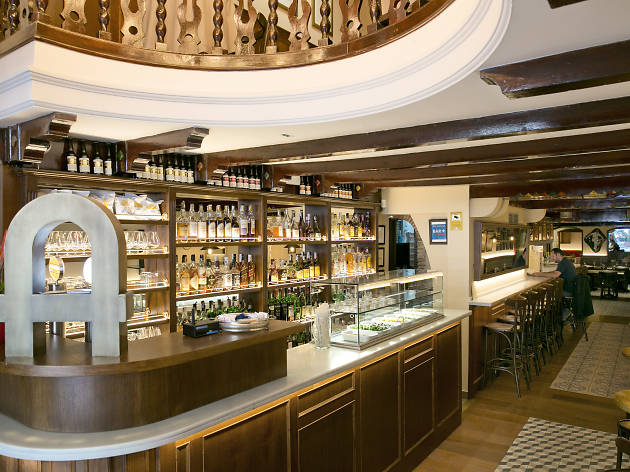 You don’t have to be a foodie to feel disappointed by some of the fare offered along La Rambla, dominated by reheated tapas and prefab paella. But Amaya can restore your faith: at this spot they keep the finest traditions of Basque cooking alive, and it's got the cachet of being the oldest working restaurant on La Rambla. 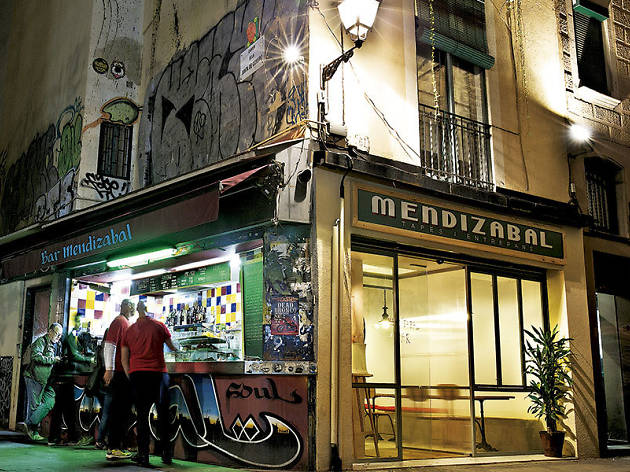 Bar Mendizábal invites you to enjoy a beer, cocktail or top-notch sandwich without having to deal with the hordes of night creatures who populate the neighbourhood. You can drink fresh juices, wine, gin and tonics, various classic cocktails – the list is short but reliable – or the magnificent beers of different sizes, with the half-litre option that is the trophy for true 'cervesa' champions. 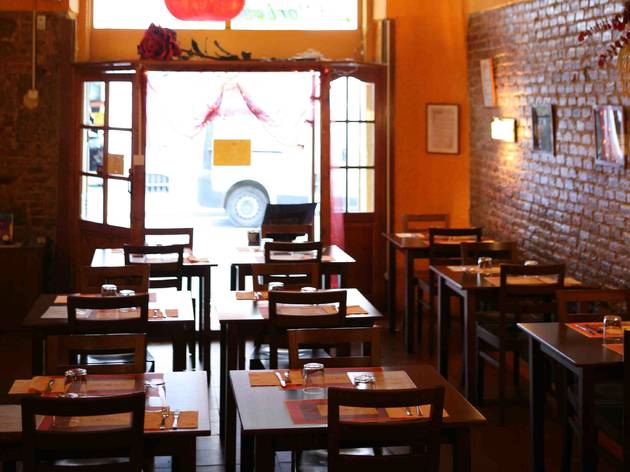 A Barcelona classic that opened over 20 years ago and is a haven of peace and quiet. This neighbourhood brings in a variety of customers: CCCB employees, locals of all ages, trendy types who have just arrived in town... But all who enter this family restaurant can relax and enjoy a meal in the calm and mutual respect that fills the place. They offer traditional vegetarian cuisine as well as vegan options, all made using the best organic produce. 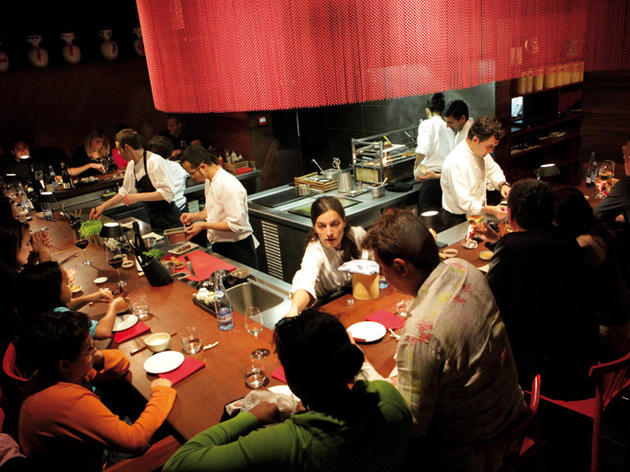 Albert Raurich creatively demonstrates the close links between Asian and Spanish tapas, and does so at such a high level of quality and innovation that he earned Dos Palillos its first Michelin star. The restaurant is a perfect fusion of a blue-collar bar and haute-cuisine Asian restaurant, a place where there are no tables and where, if they don’t have the time, they’re not going to serve you wine. But consider this: part of the Michelin star is always based on service, so the fact that they still got one speaks volumes about their phenomenal Asian tapas. 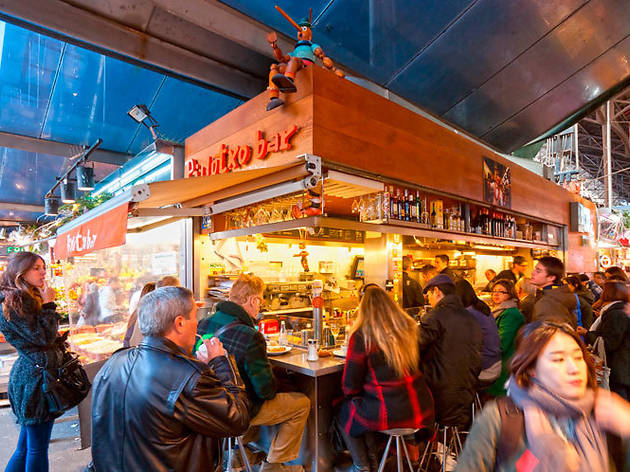 Just inside the entrance of La Boqueria, on the right-hand side, is this essential market bar. It's run by Juanito, one of the city's best-loved figures. In the early morning the place is popular with ravenous night owls on their way home and, at lunchtime, foodies in the know. Various tapas are available, along with excellent daily specials such as tuna casserole or scrambled eggs with clams. 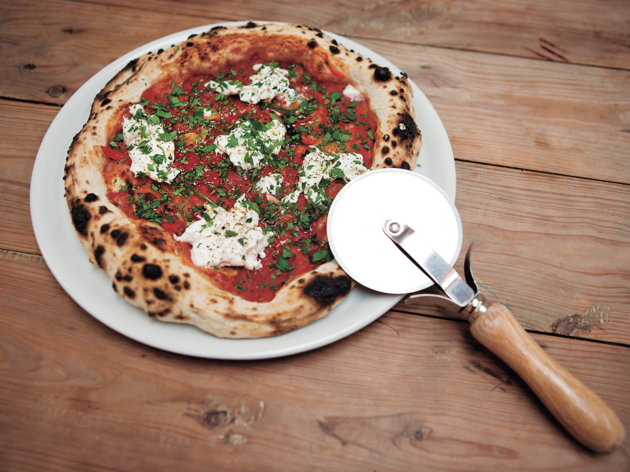 To cut a long story short, the pizza I had at Frankie Gallo Cha Cha Cha is one of the best I've ever tried in all of Barcelona. To elaborate, when the bacon pizza – with no tomato sauce – arrived at my table, the scent of grilled streaky bacon mixed with top-notch mozzarella hit me right in the face. The first bite surpassed all of my expectations: the base is neither the crunchy onion skin you get from a Roman pizza nor anything like the chewy kind you get from a Neapolitan pizza that fills your stomach with dread and gas. The oft-underrated crust is higher than it is wide, full of crunchy nooks and crannies – a sure sign of a good base and fermentation process. It's like eating the best bread you've ever had. Which makes sense when Venetian co-owner Max Colombo explains that 'this is a concept of fusion between Bar Brutal and Can Pizza', the pizzeria he co-owns in Prat along with his brother Stefano (also co-owners of Frankie Gallo Cha Cha Cha and Xemei); other co-owners of Frankie Gallo are José María Parrado (of Martínez) and pizza expert Lorenzo Vuoturni.Colombo describes the virtues of this 'tocino' bacon to me: 'We cure it ourselves in a wood-burning oven on a tray, and that's where the pizza is cooked too.' And he goes on about the base as well: 'We have a workshop where we can do tests. The base is made with stone-ground organic flour, and we work with sourdough, which accelerates the fermentation process, and hydrolysis. The fermentation process never stops: when i 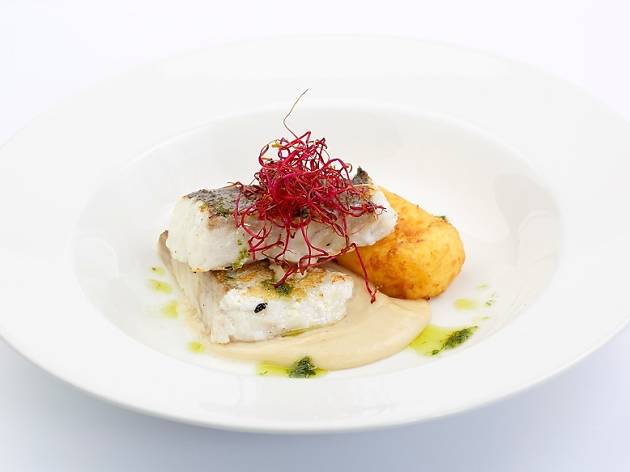 Cent Onze in the Le Meridien hotel offers good modern cuisine, with a full and varied wine list. At night you can sample from an attractive and delicious tasting menu that balances a repertoire of tapas and small dishes. Anyone who eats gluten- or meat-free will be happy to know Cent Onze also has a good selection of gluten-free products and vegetarian options on their menu. 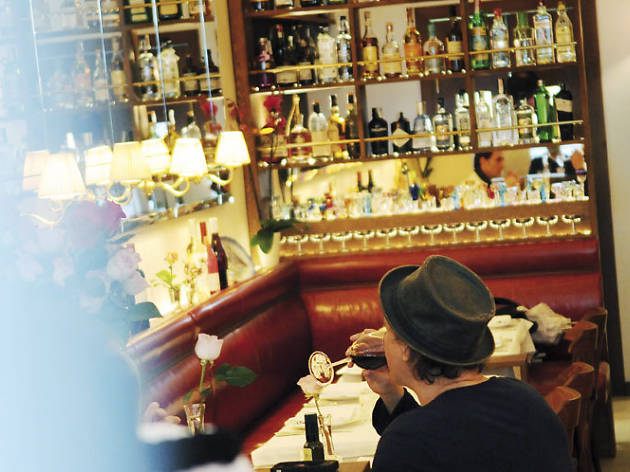 Offering creative first courses with Andalusian roots (fried anemone, red prawns) and second courses barbecued over fire – such as a rack of beef ribs – or with more of a French influence, Cañete Mantel is a fresh take on classic cusine. If you order in advance, they’ll also prepare great classic French dishes. 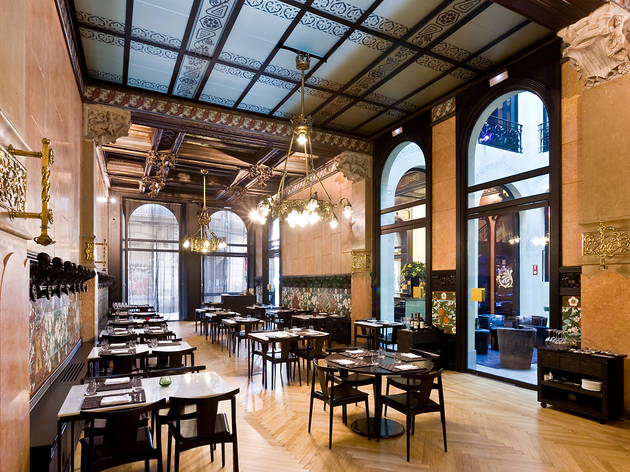 Located in Hotel España, this spectacular modernist restaurant is home to a traditional style of cooking adapted by the creative genius of Martín Berasategui. During the summer months, you can enjoy a traditional meal on the terrace with a great view of the Raval.