Monday 21 November 2016
FacebookTwitterPinterestEmailWhatsApp
Advertising
Food, cocktails, art, dance, shops, music... Barcelona has always been a centre of modern creativity, and this spring is looking good. We present the venues and the events that make the city get up and get out (in spite of the economic crisis, cutbacks, and the generally low morale) on the map of avant-garde creativity. Maybe it's just the local way of life, but what's certain is that in the museums, bars, designers' studios, and restaurants, it seems like Barcelona is constantly trying to challenge and outdo itself. If you want to know what risks and excellence truly are, take a look at some of the boldest projects in the city. 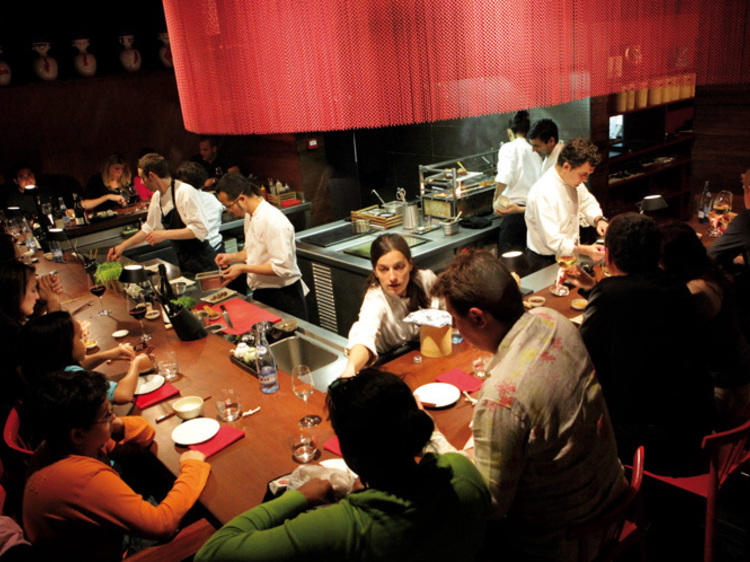 Albert Raurich creatively demonstrates the close links between Asian and Spanish tapas, and at such a high level of quality and innovation that it earned the restaurant its first Michelin star. Dos Palillos is a perfect fusion of a blue-collar bar and haute cuisine Asian restaurant, a place where there are no tables and where, if they don’t have the time, they’re not going to serve you wine. But consider this: part of the Michelin star is always based on service, so the fact that they still got one speaks volumes about their phenomenal Asian tapas.
Read more 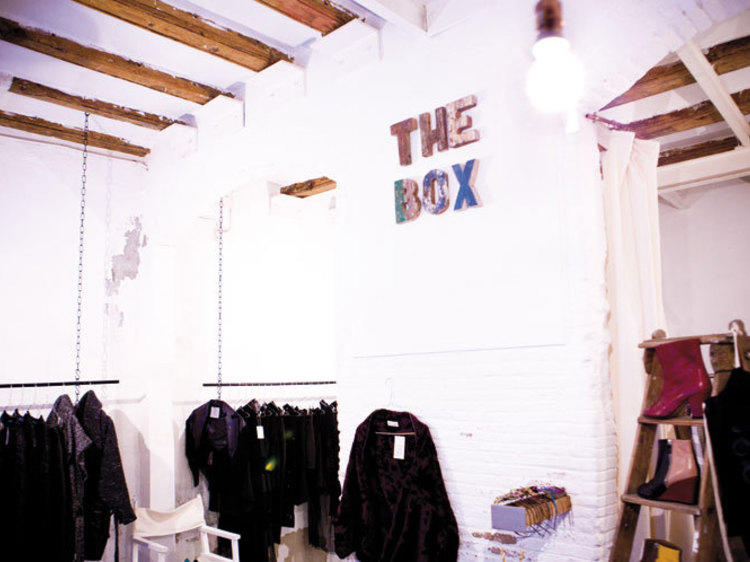 Three fashion designers with the same qualm: visibility. Nerea Lurgain, Elena Gallergo and Olga Prat are the owners of The Box, a shop that resembles a stark, white box where they display their collections as well as those of other budding independent designers on the local scene, like Angela Band, Ida Johanson, Iris Morata and her incredible shoes, along with Beatriz Palacios’s costume jewellery.
Read more
Advertising 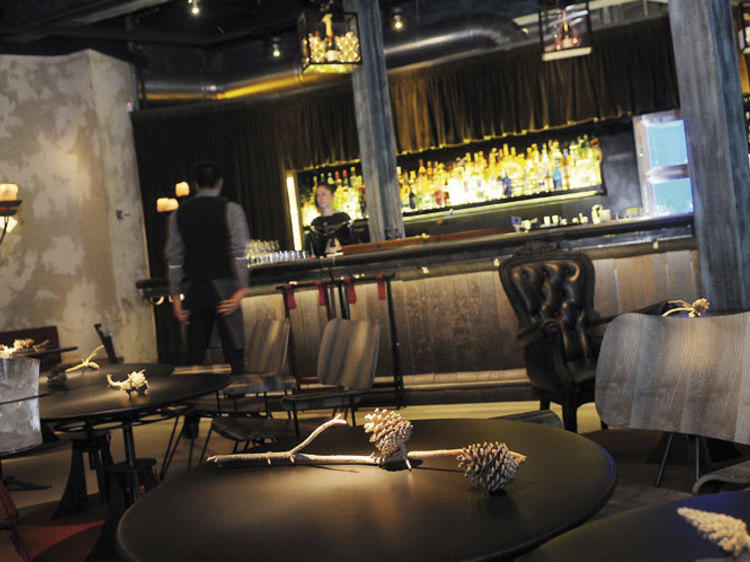 The cocktail bar has been in fashion locally for a while now, but the twist here is their snack bar, the likes of which popped up in bars all over the country during the 1980s. The idea is obvious: pairing a drink with a snack or a tapa. Brace yourself for the show the three bartenders put on as they mix their cocktails, and for the the finest bar food you’ve ever tasted in your life, made from the El Bulli philosophy passed through the sieve of nearby Tickets.
Read more 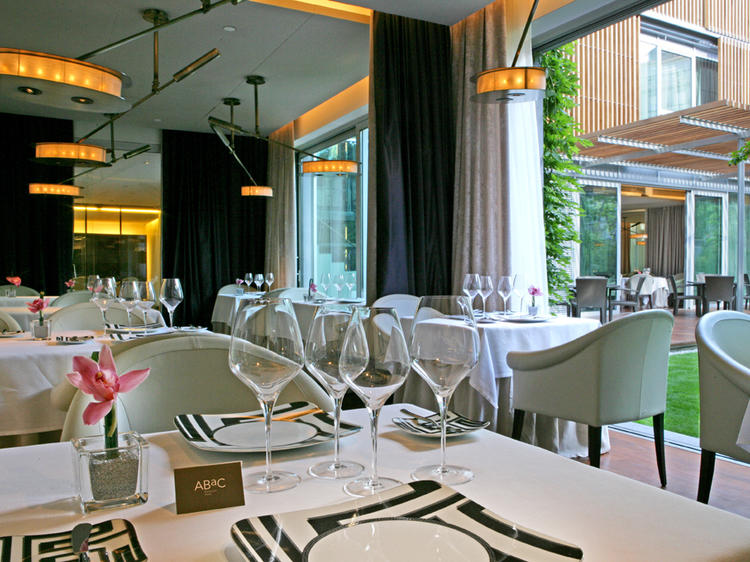 Jordi Cruz has regained Àbac’s second Michelin star, making his restaurant once again the essential haute cuisine establishment in Barcelona. He reached such heights by creating cuisine filled with expertise and sophistication. Take, for example, the egg with asparagus. Sounds simple enough, but Cruz has done a number on the egg that is something out of an R&D think tank. First the yolk is cooked at 62°C, then cured in salt water to give it just the exact subtle touch of salt. Served with white asparagus, a divinely thin slice of Serrano ham and a spoonful of caviar, it's nothing less than spectacular.
Read more
Advertising 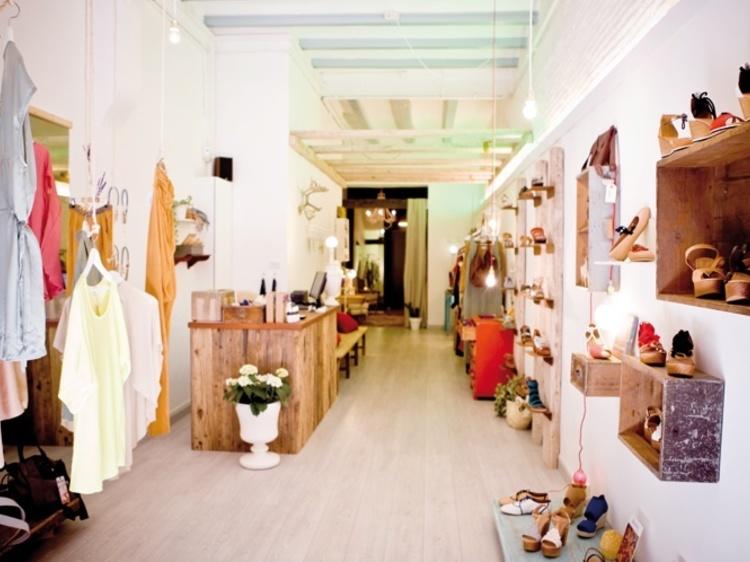 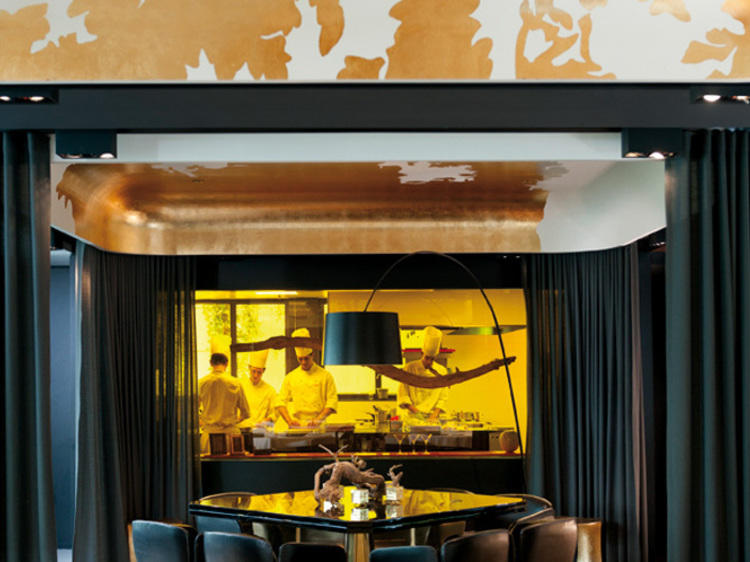 Raül Balam, son of Carme Ruscalleda, has earned his second Michelin star with this leading hotel restaurant. Like the original in Sant Pau, the concept is impeccable, innovative – but very Catalan – cuisine, with dishes such as the veal 'fricandó' (beef fillet with mushrooms) with Scotch bonnet mushrooms and the Maresme shrimp with glazed tomato petals, a vegetable medley and toasted pine nuts.
Read review
Advertising 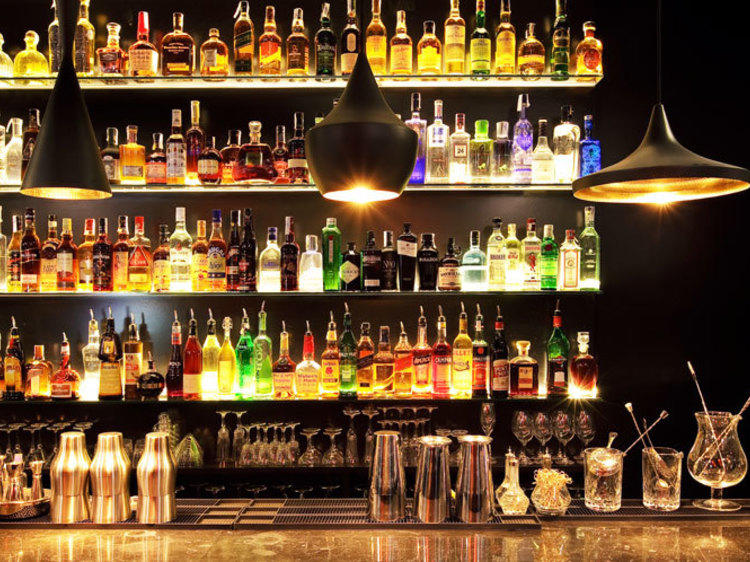 If you’re one of those people who doesn’t appreciate lemon thyme or vodka infused with beets in your drink (and you don’t want to pay more than €6), steer clear of La Martinera, the bar attached to restaurant Casa Chelis. If you understand cocktails to be a form of fine art, however, this is the place to go. Now they’ve included luxurious hors d’oeuvres created by chef Sebastían Mazzola.
Read review 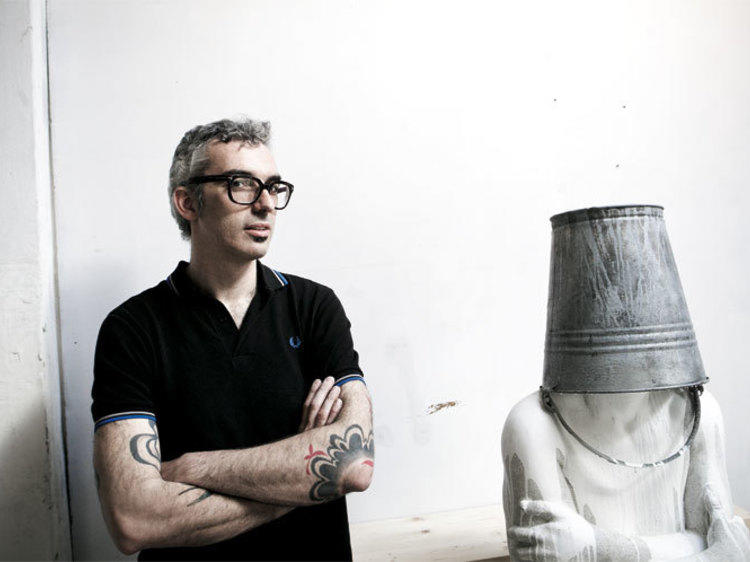 In search of the real Mickey Mouse

Samuel Salcedo exhibits his sculptures at the 3 Punts gallery At some point in the day, those big-headed characters spreading joy throughout Disneyland have to take off their heavy costumes and reveal their true selves. In many cases, it's an out-of-shape body with a tuft of chest hair and a pot belly from spending too many hours nursing beers at the bar. Samuel Salcedo was born to destroy childhood fantasies. A couple months ago, gossiping in the back room of the new 3 Punts, I found one of his figures of a flabby, nude male bearing the weight of an oversized Mickey Mouse head on his shoulders. I still get the chills just thinking about it. Today I went to visit Samuel at his studio in the Sants neighbourhood, and I found him next to a naked man made of stone seated on some wooden steps, with his head inside a bucket of white paint. 'Ah, it's silly,' he told me, his arms crossed next to his Golem. 'What do you think? First I'm working on a sculpture and then I throw a bucket of paint on it.' I admit it: I pitied his marble victim. You could clearly see that it was stunned, just like the arsenal of defenceless creatures set up on the great table the same way they came into the world. I could feel them grinding their teeth. At the entrance, to scare the busybodies sticking their noses where they don't belong, was basket full of resin human heads, piled like potatoes in a supermarket, or like garlic cloves in a Transylvania window. They look almost like they'
Read more