The 40th annual Grec Festival – from July 1 to 31 – boasts 141 shows and activities, including theatre, dance, live music and circus performances. These are the 13 we're most excited about recommending. On with the show! 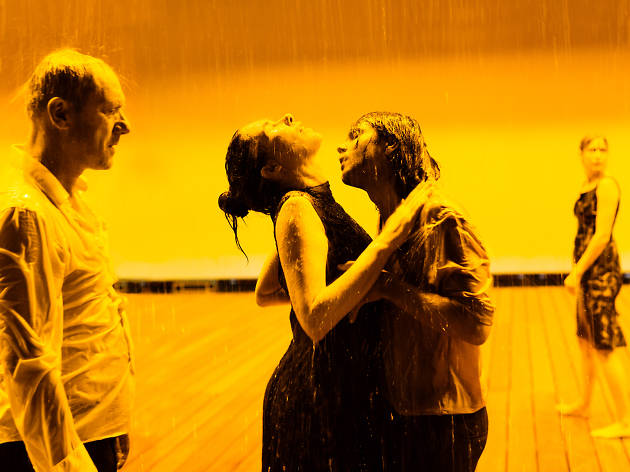 Released just before David Bowie passed away in January, the music video for his track 'Lazarus' launched Dutch director Ivo van Hove onto the film-making star map and gave him an audience wider than few theatre directors ever reach. However, as Grec Festival fans know, Ivo van Hove was already a leading name in contemporary theatre, with productions under his belt such as 'Roman Tragedies', 'The Fountainhead'and 'The Human Voice'. Now he brings to Barcelona a work by one of the great names in Dutch literature, Louis Couperus (1863-1923), who wrote a visionary novel about the conflict between two irreconcilable cultures: East and West. 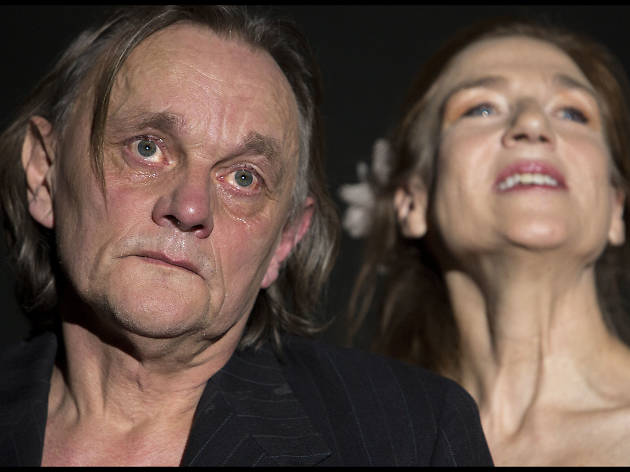 Chekhov wrote this play when he was just 18 years old, giving it the form of an experimental piece lasting nearly eight hours. Flemish director Luk Perceval has condensed the play, eliminating half of the characters. In Perceval’s version, nine actors and a pianist who makes musical comments on the scenes portray a series of solitary characters, telling us what each expects from love. It all begins with Platonov about to commit suicide – a change from the original version, in which he murders a female character. And so begins a journey through the events that lead up to the protagonist’s death, during which we will meet Anna Petrovna, a widow who once more invites her friends to celebrate the arrival of spring with her. 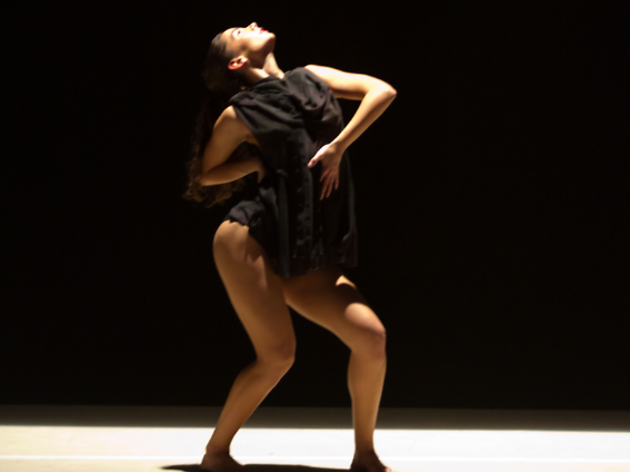 The Kibbutz Contemporary Dance Company peforms 'If At All'. It's a celebration of life that, as director and choreographer Rami Be’er explains, always goes in circles, from the most intimate to the most sociable. So circularity marks the dancers’ performances, the structure of the choreography and the composition itself. 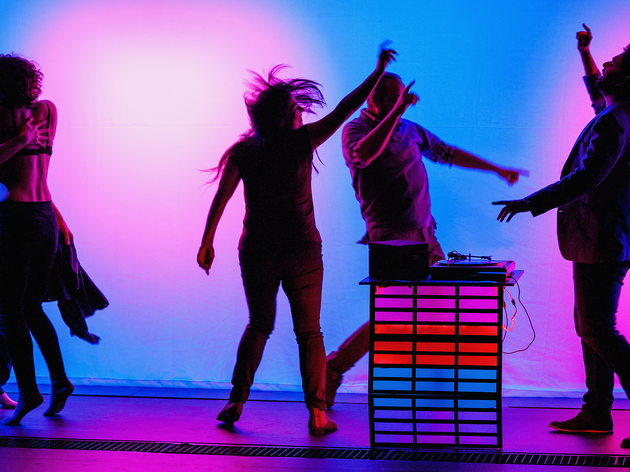 This work takes its inspiration from a true story: after the military coup in Argentina, the director's father buried a number of compromising items in the garden of his grandparents’ house. These objects were not seen again until 40 years later, when the new tenant set about building a swimming pool, and found them. Their owner then came face-to-face with the person he had once been. And he recognised all the objects as his, except one. The quest for the origin of this supposedly foreign object provides the thread for a series of stories about a director trying to put on a play that he had staged 15 years earlier, a singer who sings her father’s songs, and a left-wing politician who is literally transformed into a different person. 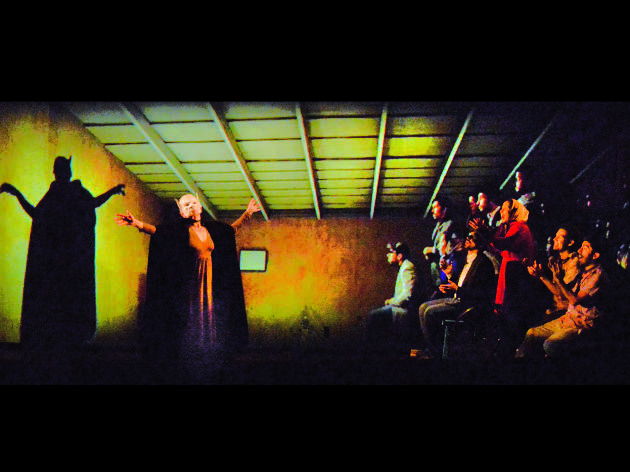 The most diverse languages are fused in this stage adaptation of Hernán Rivera Letelier’s novel 'The Movie Speaker', in a show that's quite different from what you might be used to seeing onstage. The actors move between two transparent screens onto which images are projected, so that film, theatre, and music composed especially for the piece become tools that enable the company to tell a story. It's the story of María Margarita, a woman who remembers a childhood devoted to narrating the films she's seen to her family and friends. Her gift for 'speaking movies' breathes life into her small Chilean town that's slowly dying. 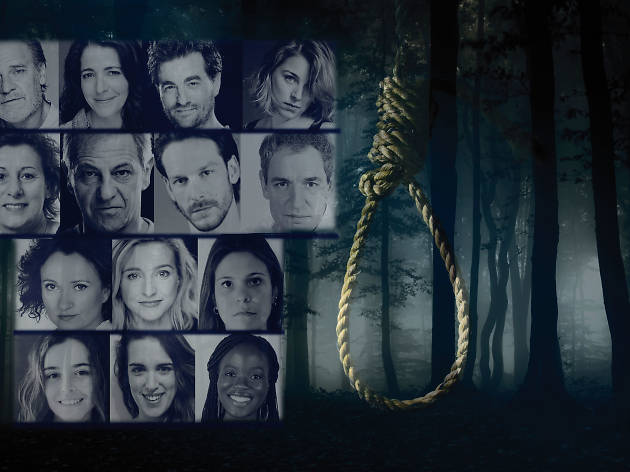 Last year marked 100 years since the birth of Arthur Miller, a playwright whose work is known for its strong social and political engagement, a critical spirit that, in 'The Crucible' (Les Bruixes de Salem), alludes to an episode of collective hysteria that took place in Salem, Massachusetts, in 1692. A small rural community governed by strict religious rules and norms of behaviour was shaken by a rumour: that one of the local girls had been the victim of a curse. The suspicion that there were witches in the community and disputes between settlers over the ownership of land together caused some 25 people, most of them women, to be cruelly sentenced to death. The oppressive, irrational atmosphere of Salem is created as a reflection of the environment that existed in the USA in the 1950s, during McCarthyism, a witch-hunt that claimed Miller himself as one of its victims. 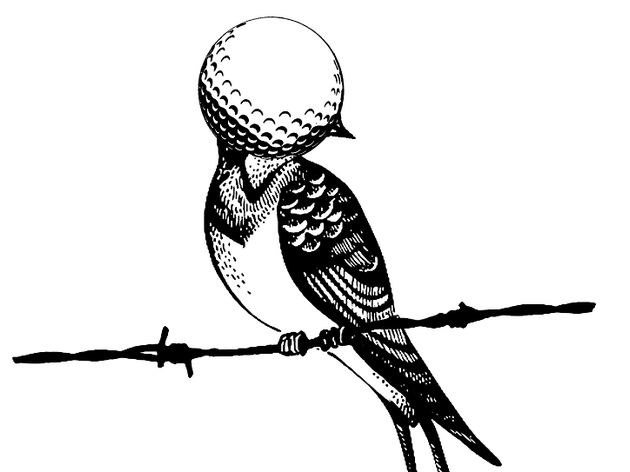 'Birdie' is the latest creation from Agrupación Señor Serrano, a Barcelona-based company that has achieved considerable international renown, winning the Silver Lion at the Venice Biennale in 2015. The troupe creates original shows based on stories that come from the modern world, using both classical and innovative resources to stretch the limits of their theatre, employing disciplines that range from performance to text, video, sound and models. 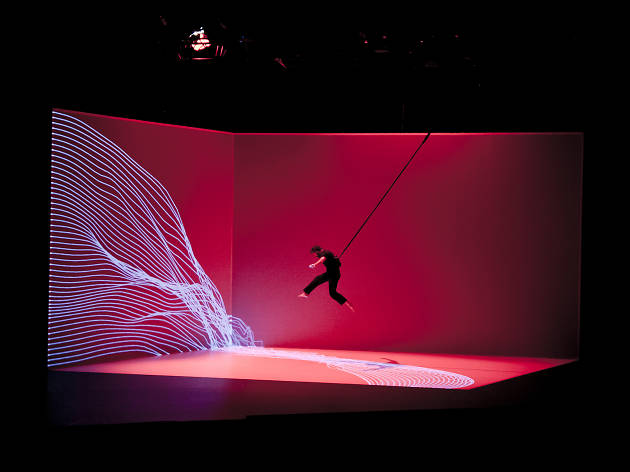 'Le mouvement de l’air' is a new production by the company that brought 'Hakanaï' and 'Cinématique' to town last year, showing Barcelona audiences the great potential of digital technology in the performing arts. This year the company's dancers become acrobats that can fly through an electronically created, dreamlike landscape which is practically another character itself. Images leap out from screens to occupy the central space onstage, just as the performers defy gravity and seem to fill the stage in all its dimensions. All this helps to make this 'Movement of Air' a beautiful show that combines art and technology. 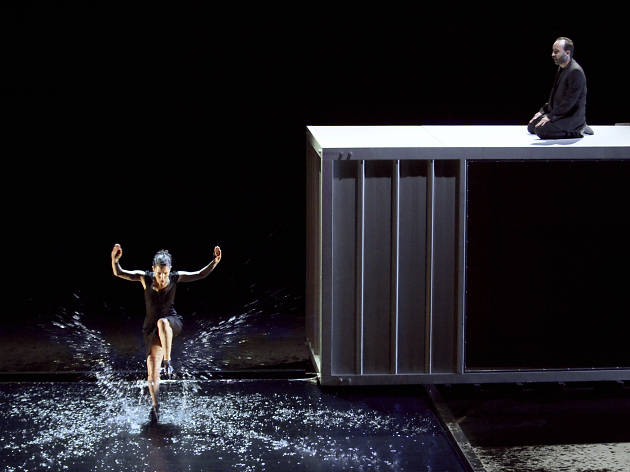 The title of this new production reflects the question about a radical change, one that can be as fascinating as it is terrifying. 'Questcequetudeviens?' started to take shape when French flamenco dancer Stéphanie Fuster asked Aurélien Bory to create a show for her. Devoted to investigating space in his stage productions and a stranger to the world of flamenco, Bory at first refused. However, the idea gradually grew on him until he realised that he wanted to create the portrait of the dancer, not so much recounting her life as exploring the contrast between her inner world, dedicated to the solitary, repetitive practice of flamenco technique, and an external reality in which she faced all kinds of obstacles. Accompanied by live music performed by 'cantaor' Alberto García, and José Sánchez on guitar. 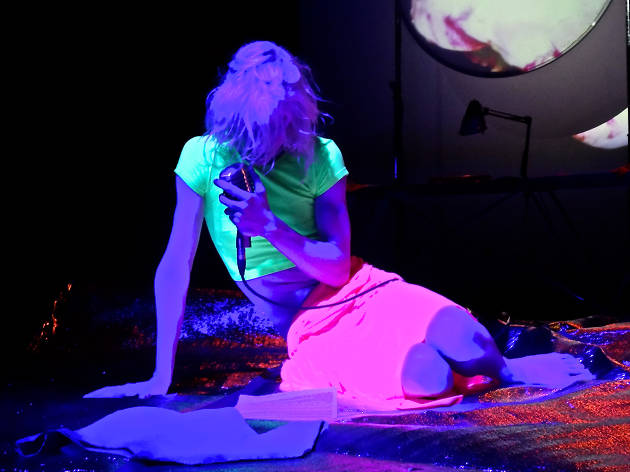 Silvia Calderoni, the sole performer in this show, has worked with Motus since 2005, appearing at the Grec with the company in both 2009 and 2012. Those who have already seen the works of this innovative troupe will be familiar with their stage codes, born of hybridisation and the fusion of different languages. This time, Motus takes texts from the literature of gender, essays and novels on queer themes, music and a host of audiovisual resources in a production where the barriers between the performer’s autobiographical material and fiction become hazy. It's an invitation to reflect on how we tend to exclude all those who do not fit into the standard categories that we have established. The show speaks of gender, but it also provides food for thought that can also be applied to other aspects of life.