Restaurants, Indian
Recommended
4 out of 5 stars 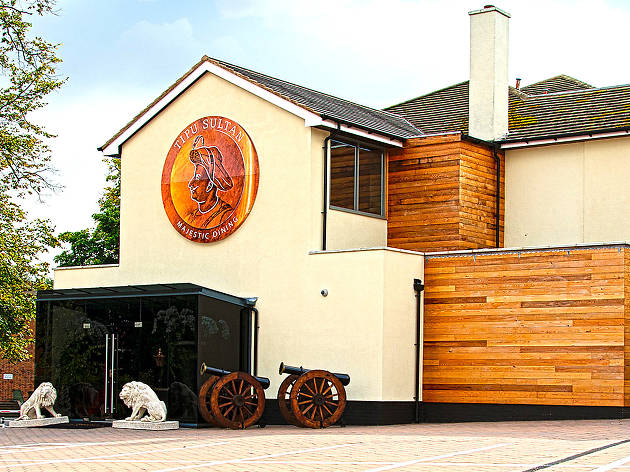 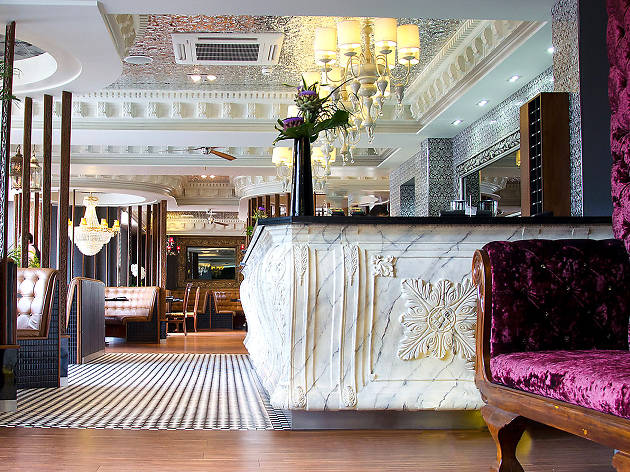 You’re forgiven if the name throws you. Tipu was the Sultan of Mysore in South India, but this restaurant serves only Pakistani and North Indian-style fare. But that ruler was descended from Mughals in the North – and it was that dynasty that inspired Tipu Sultan’s menu. Aha.

Once upon a time, the ‘Jug of Ale’ pub stood on the same site, somewhat inappropriate, given that the venue is now dry. The airy, high-ceilinged venue the pub once occupied, however, is a thoroughly appropriate place to host all the fancy accoutrements Tipu Sultan is decked out with – the sort of excess that some may deem more trashy than flashy.

An open kitchen lets you eyeball the chefs as they knock up stridently spiced sauces and grilled goods: hearty food that’s rich and sufficiently salty to balance those spices.

Anyone thrilled by grilled food will be in their element, because Tipu Sultan offers kebabs, tikkas and botis in every incarnation; mostly meaty and mostly hovering around £5. A couple of starters ordered together with slow-cooked Punjabi dal and a naan or hankie-thin roomali roti make a fine feast that won’t cost as much as the surroundings suggest.

If you’re keen to experience traditional Pakistani stews such as paya, nihari and haleem, you’ll find them under the section of the menu entitled ‘Tipu’s Rasoi’.