Bars and pubs
Recommended
4 out of 5 stars 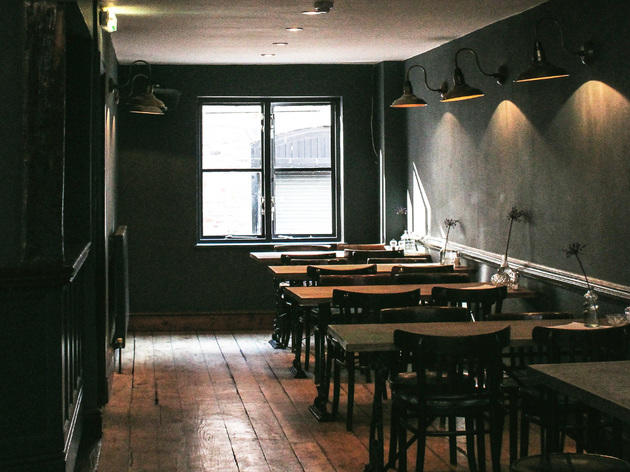 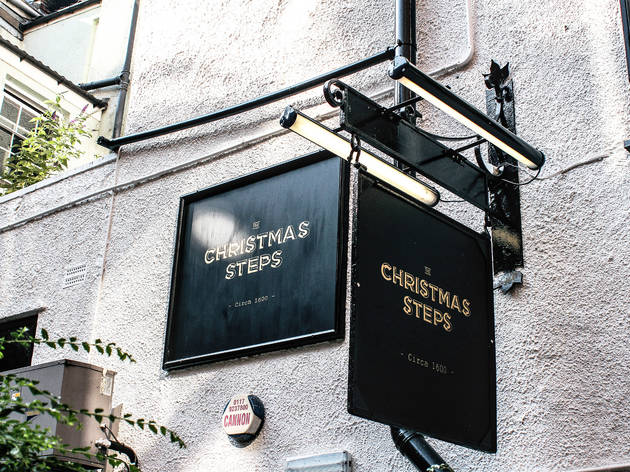 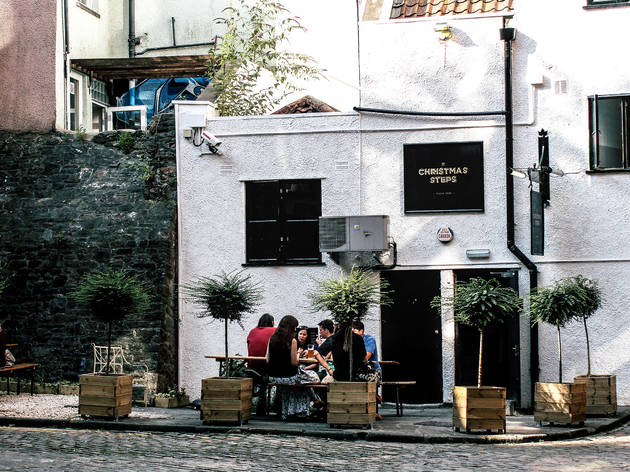 A great drinks menu and food that’s a cut above the average pub grub, with a packed jukebox and weekend DJ sets

In truth, decent pubs are a little thin on the ground in Bristol city centre. In this regard, The Christmas Steps is something of an island in a sea of mediocrity. Nestled at the bottom of Christmas Steps – a historic thoroughfare lined by a succession of curious independent boutiques – the pub is fast becoming a must-visit watering hole.

It was once known as the Three Sugar Loaves, a soulless boozer that had lost sight of its centuries-old status as one of Bristol’s longest standing pubs. In early 2014, it was taken over as a joint venture by Dave Smeaton (one half of the team behind The Spotted Cow in Southville, and part owner of the Big Chill Bar) and local free rag Crack (whose front covers line the stairs up to the toilets).

Wisely, they restored the pub’s original features (bare stonewalls, wooden beams, stripped floorboards), sorted out the drinks menu (decent local ales and ciders, plus a good selection of bottled beers), and hired a high-quality chef to produce a mouthwatering menu that’s a cut above the usual pub fare.

Throw in a commitment to playing new and ‘interesting’ music – both via a jukebox stuffed with albums selected by Crack magazine staff, and top local DJs on weekends – and you have a pub with character that ticks all the right boxes.

Interestingly, it hasn’t turned into the hipster spot you’d expect, and instead has a varied – if largely younger than average – clientele. The most impressive thing about the Christmas Steps, though, is the fact that it actually makes you want to go out drinking in the city centre.