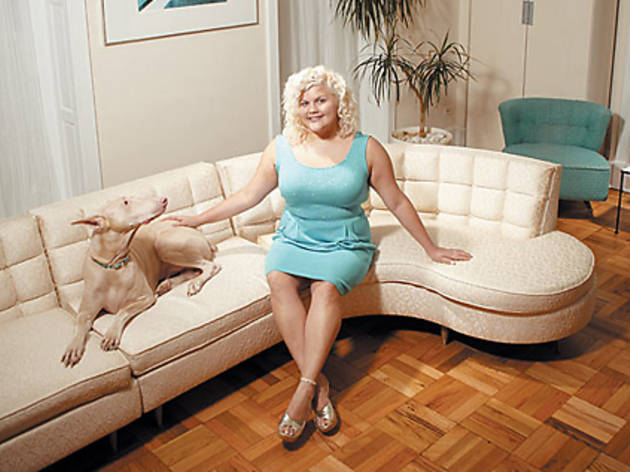 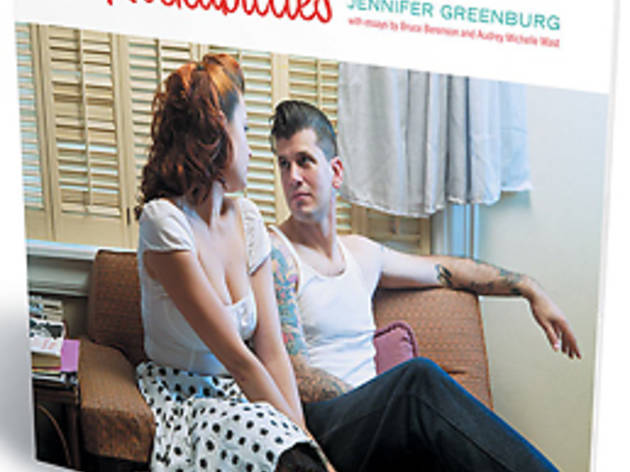 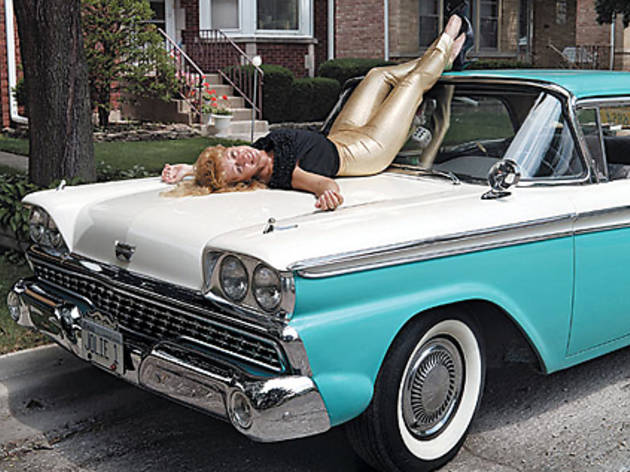 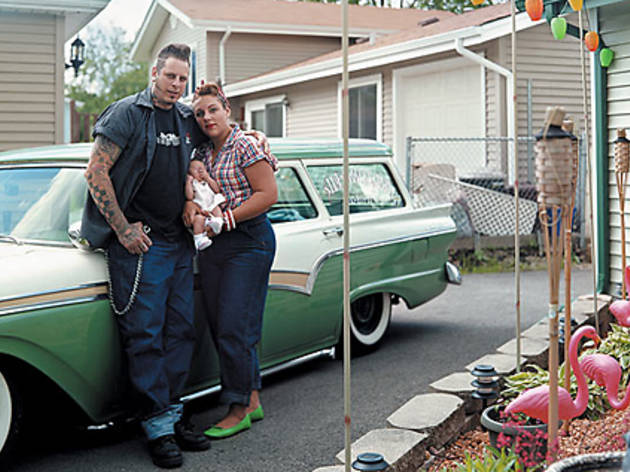 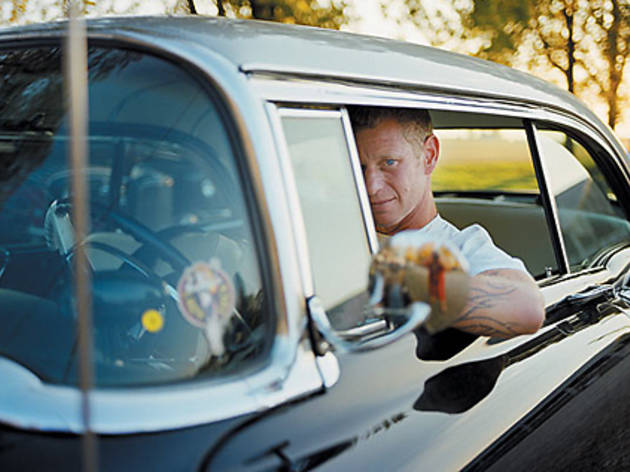 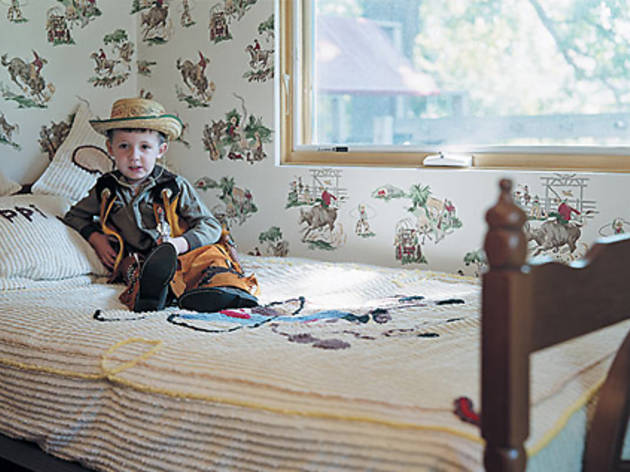 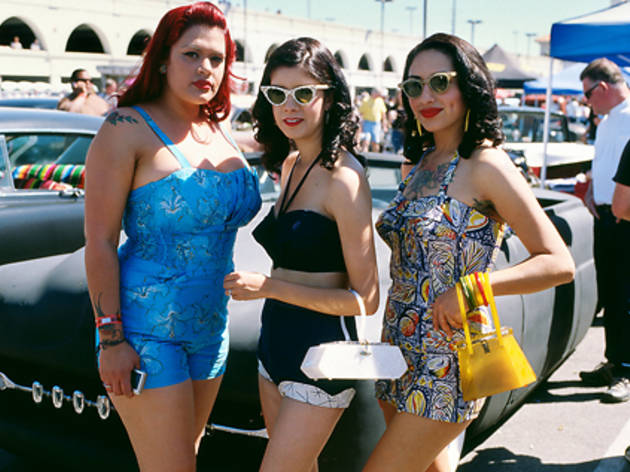 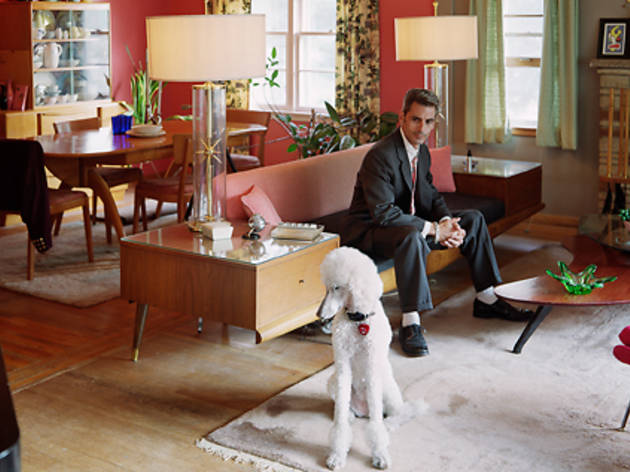 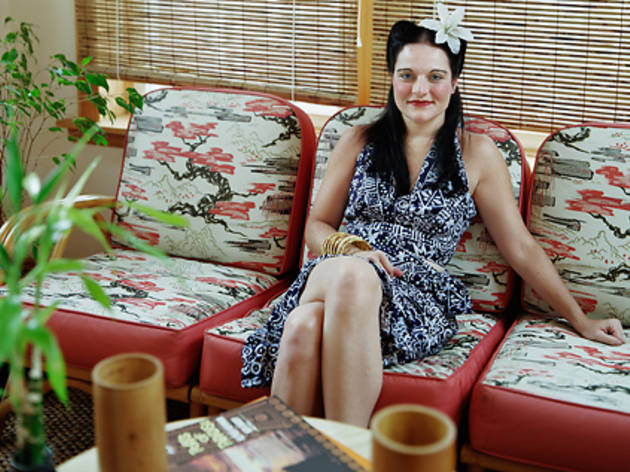 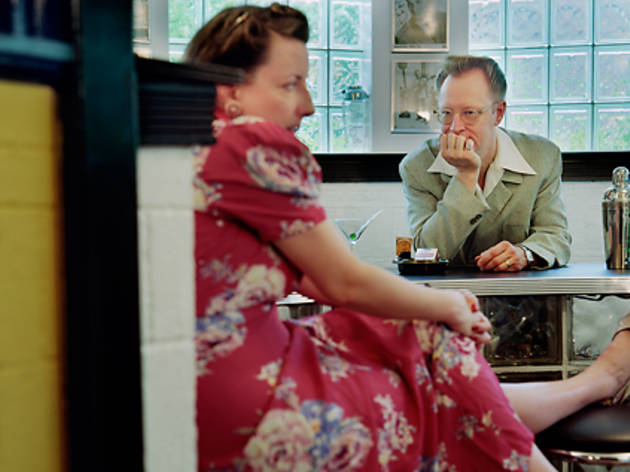 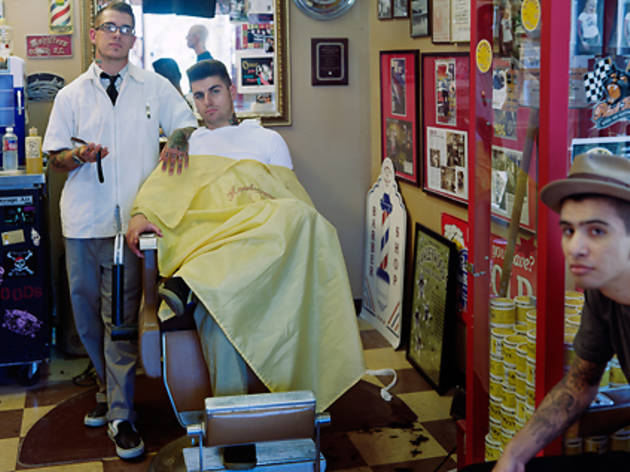 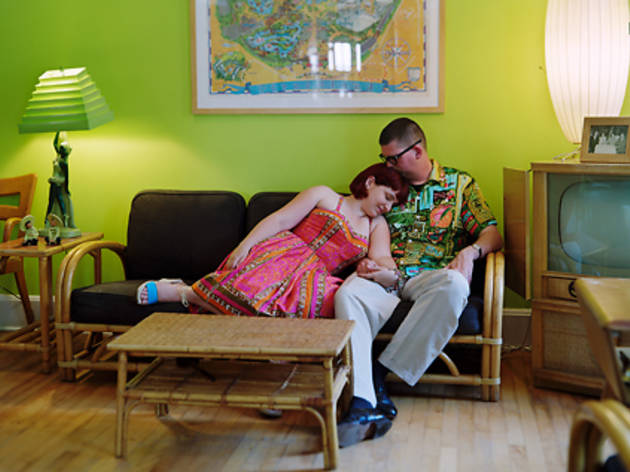 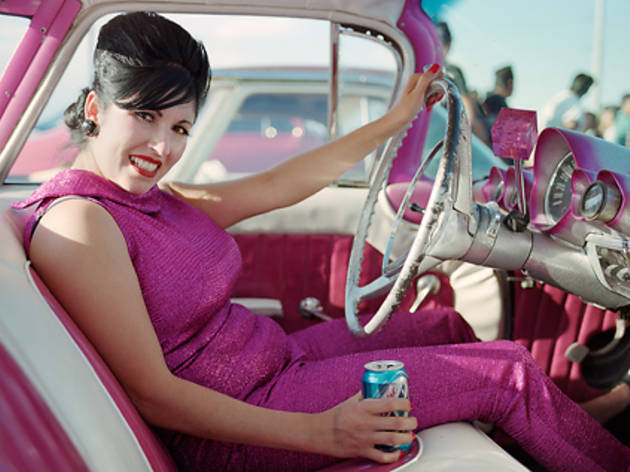 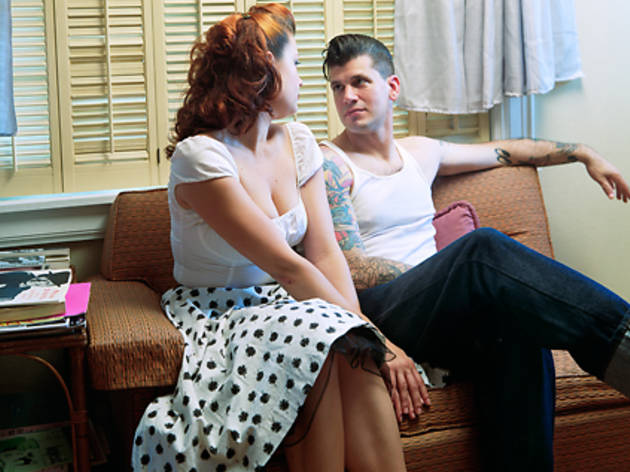 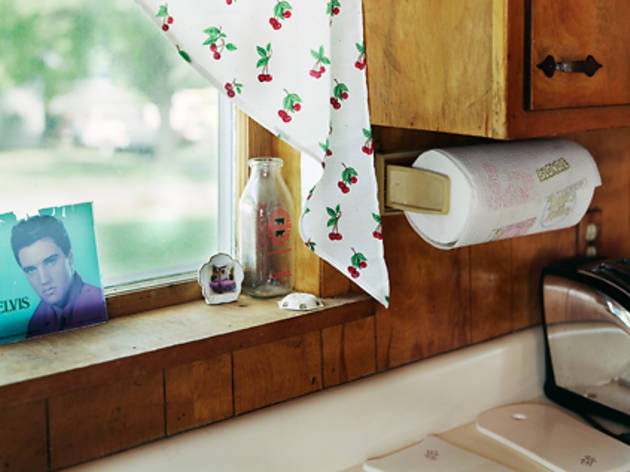 When Jennifer Greenburg was four, she loved to imagine herself in the ’50s-era photos decorating her grandparents’ Hyde Park apartment. But it wasn’t until 1999, when the 32-year-old artist was working on her M.F.A. at the University of Chicago, that she discovered not only were there people who shared her passion for 1950s American music and fashion, there was even a name for them: rockabillies. Over the next several years, Greenburg photographed dozens of her rockabilly friends, celebrating their glamorous outfits, carefully furnished period homes and customized vintage cars. We recently met Greenburg near her Rogers Park studio to discuss The Rockabillies (The Center for American Places at Columbia College Chicago, $50), a compilation of her photographs to be published in December.

What attracts people to rockabilly?
One of my subjects in the book, Joe K-Wal, thinks it’s a collective past-life experience. He’s a very conservative guy, so I thought it was amazing when he said that. My explanation is, rockabillies are one of the most visually attuned groups of people I’ve ever been around, even as an artist. A beautiful car or a piece of clothing that someone took two weeks to hand-bead—anyone with an artistic vision is going to be attracted to these things simply because of how well they’re made.

The music is really raw and authentic. Back in the ’50s, the music charts weren’t national. If a song was a hit in Kansas, [it was possible] no one would ever hear it in New York City. So people were doing their own thing. They were wild on the microphone. It was more radical than anything we have in our culture now. And since rockabilly has never achieved and probably will never achieve mainstream success, it stays fairly pristine and uncommercialized.

How should people go about joining the scene?
It’s tough to break into, because you have to show a level of commitment to be truly involved. It’s not like you can just go buy a Big Sandy and his Fly-Rite Boys record and you’re in. There are two types of people in [rockabilly]: people who are just passing through and people who are lifers. People who are just passing through—everyone’s really nice to them, for the most part. But we realize that we won’t know them forever.

Where can you buy rockabilly records?
There aren’t too many stores in Chicago, though Reckless has good selections of some things, and they’ll get you whatever you want. Collectors’ Choice Music, a website based in Illinois, and Bear Family Records in Germany have incredible catalogs.

Why did you decide to photograph this subculture?
Part of it is that they’re artists, but no one will ever know about their art unless I take these pictures. Someone who appears in the book is one of the most skilled visual thinkers I’ve ever known. He chops cars himself; he does pinstriping that’s amazing. He has impeccable taste. This is a person who is, by trade, an airplane welder in Indianapolis.

The Rockabillies acknowledges your subjects choose the aspects of a 1950s lifestyle they want.
I don’t know if it’s conscious or unconscious, but you don’t think about the negatives [of that era]. I think someone who was born in the late ’60s, ’70s or ’80s can’t even conceive of a time when black people had to sit in the back of the bus. You think about the cars and the teenage culture and the music. You see the positives.

Why are cars such an important part of rockabilly culture
I think it’s an extension of their artistry. There’s a gender issue, too. When [rockabilly] women go out into the world, they physically adorn themselves to show off their visual skills. The men don’t have that. They want to wear the jeans and white T-shirt and motorcycle boots, so they need a public way of manifesting their talent. Going to a car show is a lot like going to an art show. If you go to the Hunnert Car Pileup [in Morris, Illinois], you won’t see two things that are the same.

Very few people have restored “classic” cars. They’re interested in finding a junk heap somewhere and customizing it. The rule is that you don’t pay someone else to do anything, except maybe upholstery work. For the most part, you join a car club and your dues pay for seminars, so someone will teach you how to work with cars that have non-catalytic converters. They don’t want computerized fuel-injection systems; they don’t want to see any evidence of newer technology inside the car. You can have an XM radio, that’s about it—and it has to be attached to the original radio.

How do rockabillies keep their lifestyle from interfering with their day jobs?
Some people are self-employed and make all their money off rockabilly. Voodoo Larry [pictured] does custom cars: hot-rodding, chopping, hand-painting and all that stuff. He doesn’t have anyone to answer to. The more out there he looks, the better his business is, because that’s what people want. There’s another group of people, they’ll be the one person in their office who dresses in that style. [Rockabilly] men’s fashion blends in with regular men’s fashion. I don’t think any women go to the office in huge full skirts with crinolines and white gloves—they tone it down a little—but a lot of them work in environments where their creativity is celebrated.

How did you take these photographs?
I use a 4” x 5” view camera, so I’m making eye contact with the subject. To be in that situation with somebody, you have to be comfortable. I would get to know someone before deciding how to take their picture. I would only take 12 shots because 4” x 5” film is very expensive, but sometimes it would take me months to decide which image was the right one, because I don’t want this to be an exposé of something somebody doesn’t want me to see. I want it to be a celebration of their artistry. I want them to be peacocks.

The Rockabillies will be available at the Museum of Contemporary Art bookstore among other local retailers.