If you don’t set foot in this part of Edinburgh for any other reason then do at least one thing. Go to the east end of Princes Street and take the short walk up Calton Hill, easily identifiable by the faux-classical National Monument, Nelson’s Monument and the Old City Observatory on top. It may not be the biggest hill in the world but it stands above everything between the city centre and the coast giving remarkable views towards Leith, the north of Edinburgh, the Firth of Forth and over the water to Fife. Turn round and you’re looking at Arthur’s Seat and Salisbury Crags in Holyrood Park. The single most photographed view however, and certainly one of Edinburgh’s classics, is back towards Princes Street taking in the colonnaded Dugald Stewart Monument on Calton Hill itself – erected for a professor of moral philosophy who died in 1828 – the distinguished clock tower of the Balmoral Hotel, the spire of the Scott Monument and finally Edinburgh Castle just over 1km away as the crow flies.

If walking up Calton Hill was all you did around here that would be a pity though as there is lots to explore – all those monuments and an art gallery on the hilltop for starters. Immediately north-west at Greenside you find the Omni Edinburgh with its Vue cinema, populist bars and eateries, and the Playhouse Theatre nearby. Across the street are the pubs, bars and restaurants of Picardy Place and Union Place with lots more around the corner down Broughton Street. Calton Hill and Broughton also serves as a focus for Edinburgh’s gay scene with a selection of gay and gay-friendly bars and cafés, plus it has a surprising number of the city’s contemporary art galleries.

Things to do in Calton Hill and Broughton 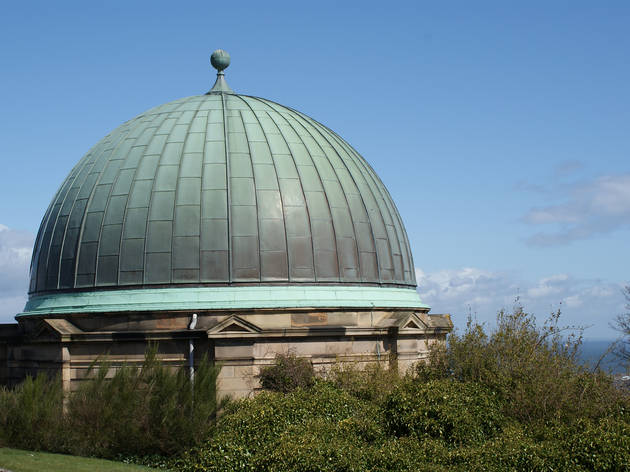 This cutting-edge, contemporary art gallery was founded just over 30 years ago but only began its move to the iconic City Observatory and City Dome site on Calton Hill in 2013. The entire site will be repurposed by 2016 but meanwhile its rolling programme of exhibitions should be enough to tempt you to the hilltop. 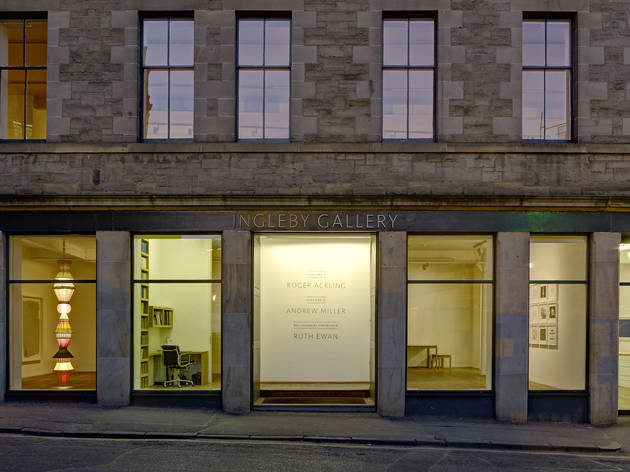 Opposite the Calton Road entrance to Waverley Station, a few minutes' walk from the east end of Princes Street, the Ingleby has shown some famous names since it moved here in 2008: Callum Innes, Alison Watt and Ian Hamilton Finlay for example. It may have a slightly obscure location but it is certainly worth seeking out. 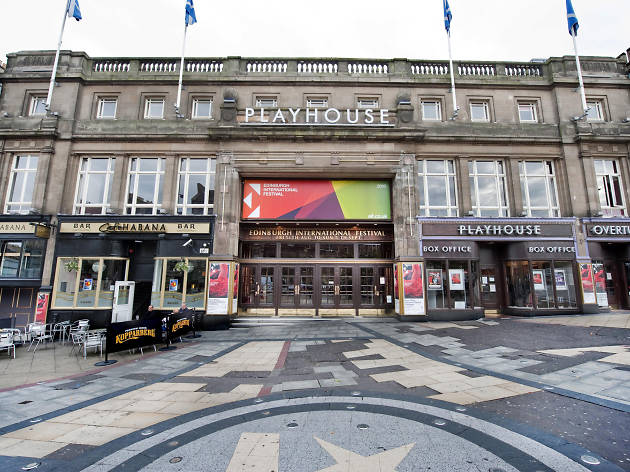 One of the UK's biggest theatres with just over 3,000 seats, the bread and butter shows at the Playhouse may be populist musicals like Fame, Phantom Of The Opera or Wicked but some major rock acts have graced the stage in recent years while it is also a key venue for the Edinburgh International Festival every August. 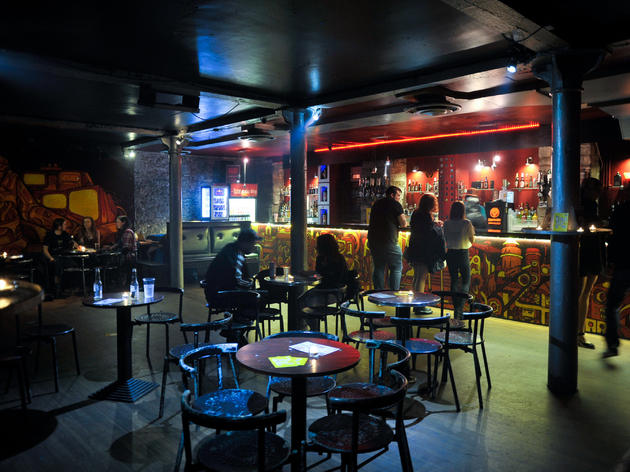 The summit of Calton Hill is an attraction for many people but what has a top must have a bottom. In the canyon-like Calton Road on the hills' south side – east of Waverley Station – Studio 24 nestles quietly during the day then transforms into a thriving live music and club venue at night. Go back more than 20 years and the likes of Nirvana or Smashing Pumpkins were playing here.

Cafés and restaurants in Calton Hill and Broughton

This is one of the best restaurants in Scotland and certainly one of the most creative. Chef Paul Kitching's dishes have titles like Exotic Mushroom & Truffle Bowl or Lamb Curry CCCC, they entail interesting combinations of ingredients and sometimes leave diners puzzling over which bit is which. It's fun though. Classy décor and highly professional service complete the picture. 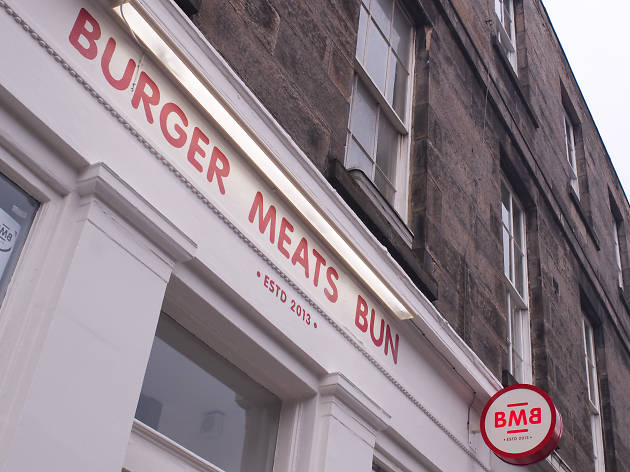 On Forth Street, off Broughton Street, Burger Meats Bun opened in summer 2014 bringing its simple burger menu and faux-improvised, corrugated interior design to the Scottish capital; the Glasgow original was launched in 2013. What you get here is a decent beef burger in a brioche bun with cheese, bacon or chilli – also chicken or vegetarian alternatives. 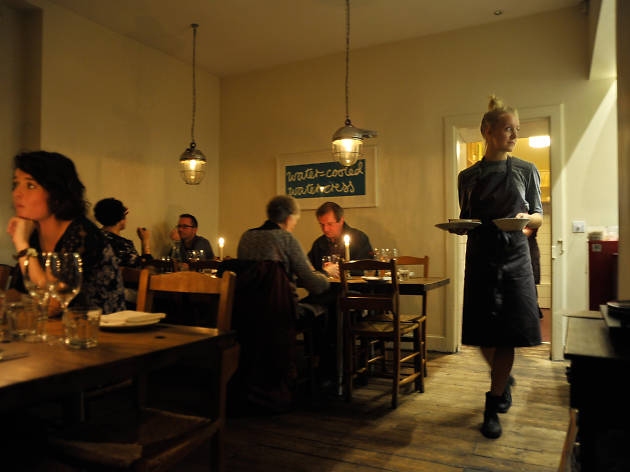 In an actual, stone-built gardener's cottage among the greenery of Royal Terrace Gardens on London Road, this restaurant opened in 2012 with a serious commitment to the provenance of its produce and equally serious talent in the kitchen. Modern British menu, lunch à la carte, set dinner, weekend brunch. 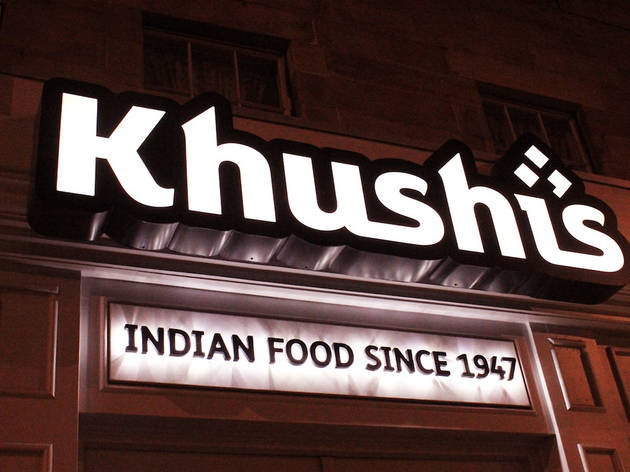 It has moved around Edinburgh from venue to venue since it was launched in 1947 – yes 1947 – but in late 2011 Edinburgh's original Indian restaurant settled here in Antigua Street and looks set to stay for a while. You BYOB, they do the standard Indian dishes, everyone has a good time. One caveat: very popular with large groups for celebrations and Christmas, also near the Playhouse, so not always the most placid eatery.

Bars and pubs in Calton Hill and Broughton

Sitting at the bottom of Broughton Street, this venue has traditional pub décor, lots of football and rugby on the flatscreen televisions, basic grub and a deserved reputation for the range and quality of its cask ales. It's not hip, it's not affected and it is very good at what it does. 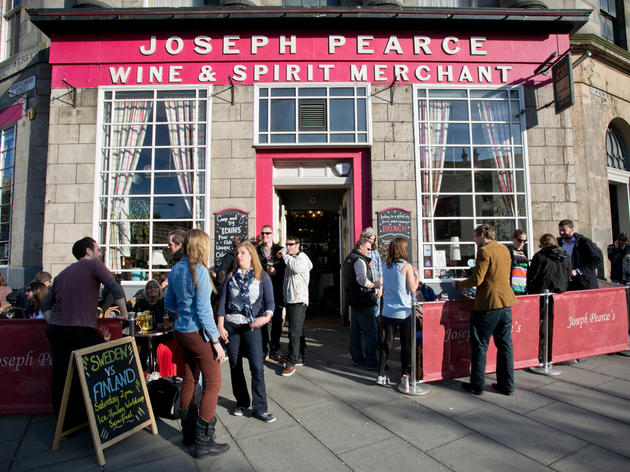 You take an old Edinburgh pub, keep the essential structure but clean it up, give it a lick of paint, bring in some quirky fittings and ornamentation, make it parent-and-baby friendly during the day, introduce a decent menu and a fresh attitude and – oddly enough – it works. Joseph Pearce’s is one of the city's archetype, post-smoking-ban, successful 21st century bars.

If you walk from the east end of Princes Street along Waterloo Place, as if you were heading for Calton Hill, but keep going, along Regent Road, then in 15 minutes or less you come to the Regent at the corner of Montrose Terrace and Abbey Mount. A friendly, welcoming gay bar with fine cask ale and decent pub grub it's one of the venues in this area that would go undiscovered if you spent all your time on Calton Hill or down Broughton Street. 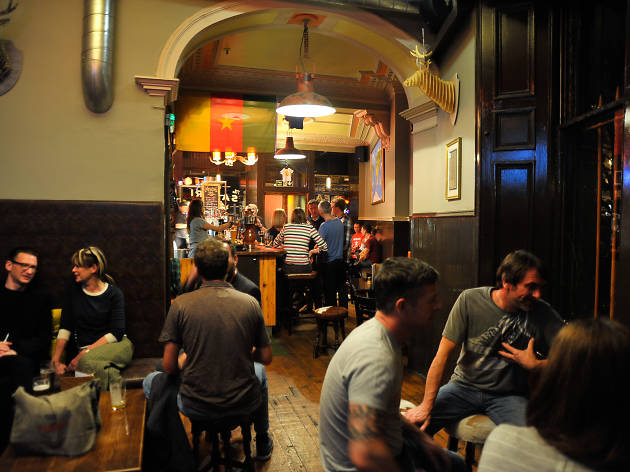 Another tucked-away venue that is usually untroubled by city visitors, you find the Safari Lounge around 15 minutes' walk east along London Road from Leith Walk. A relatively new venture (2013) in part of Edinburgh where bars serving tempura chilli with tzatziki, or fries with truffle oil and black pepper mayo, were traditionally thin on the ground.