We have an audience with the jewel in 'The Crown' Claire Foy, who is about to rule over the small screen playing the Queen in Netflix's biggest series yet

I meet Claire Foy after a weekend bingeing on her new Netflix series, ‘The Crown’, in which she plays the young Queen Elizabeth II. It might look like ‘Downton Abbey’ with its big houses, period costumes and plummy accents, but it plays more like ‘House of Cards’. In this first series, we see Elizabeth thrust on to the throne at 25, suddenly having to deal with the power and responsibility of being Queen. Across ten episodes she asserts her authority over Prime Minister Winston Churchill (John Lithgow), denies her sister’s desire to marry for love and readjusts her relationship with her new husband, Philip (Matt Smith). It’s addictive stuff – part soap, part Shakespearean drama.

‘You watched eight and a half episodes?’ Foy shouts when I tell her about my binge. ‘Eight and a half!’ She’s fun, excited, a bit hyper. You might know her for an eye-grabbing turn as Anne Boleyn in ‘Wolf Hall’ or for her roles in ‘Upstairs Downstairs’ and ‘Little Dorrit’. But this is her big break. The 32-year-old Manchester-born actress is playing the most famous woman in the world.

Netflix is rumoured to have spent £100 million on two series of ‘The Crown’, both of them written by Peter Morgan, who previously explored Elizabeth’s life in the Helen Mirren movie ‘The Queen’. The first series signs off in 1956, four years into her reign. So if ‘The Crown’ is successful, it could run and run – although Foy plans to leave after two series. She might enjoy pretending to be the monarch, but she doesn’t fancy copying the Queen’s commitment to duty. ‘It’s like a death sentence,’ she says. ‘You have to do it until the end of time. She’s still doing it.’

How do you think the royal family would feel if they watched ‘The Crown’? It goes to some dark places.
‘They could be massively pissed off. But I’m not going to bump into them in Covent Garden! So it’s fine. I’d like to think I’ve approached it in a respectful way. I’ve done nothing to be sensationalist. I’ve tried to do it as truthfully as possible without thinking about the consequences. I don’t think the Queen would mind that, really.’

’The royal family could be massively pissed off’

Did you have to take a deep breath before accepting the role?
‘Yes. And I was five months pregnant! But I thought: Hell, I can’t not go to the audition; it would be the biggest role I’ve ever done. Then I got the part, and I realised that these are the decisions in life you have to make, and I’m so glad I did it. I’m proud of myself for getting through it.’

The series involves a lot of intrigue about who pulls the strings in this country. Did that excite you?
‘When you’re British you go, “I know all about the royal family, why would I watch that?” But you realise that the head of the royal family is a figurehead. All the people behind the scenes are the mechanism that makes it tick. They make all the decisions and this person is having to live with them, and be a person at the same time. Which is sort of what “The Crown” is all about, I suppose.’

How do you feel about the Queen?
‘People are often like: she’s got all this privilege, blah blah blah, and I agree. But imagine your entire existence being usurped and just accepting it; never, ever, ever publicly having a go at anyone or saying, “This is unfair!” As the monarch, you always know that duty comes first – above your family, above your husband, above yourself.’

But ‘The Crown’ isn’t just royal propaganda, is it?
‘No! It’s a drama about interesting people: they’re all fucked up and in situations that are dangerous or exciting. We’re not there to say everything they’ve ever done is marvellous. People assume you must be doing a celebration of them, endorsed by the Palace.’

How do you prepare to play an icon like the Queen?
‘You can’t really find out anything about her. You hear things like “She keeps dog biscuits in her handbag”, and it’s a real nugget, but it doesn’t help about her personality or how she thinks. You hope for the best.’

How did it feel when you first put the crown on?
‘We were doing the coronation scene at Pinewood Studios. I’d been moaning a lot because the costume was heavy and the crown was heavy and I was breastfeeding. I don’t think the Queen would have complained at all. She’d have been absolute nails. I was on a throne, thinking: This is ridiculous.’

How would you vote in a referendum on the future of the monarchy?
‘Of course I’d want to keep them! That’s literally my heart just going: Don’t get rid of them, they’re lovely! I realise that’s not a view everyone would have, and, well… referendums in this country can be terribly surprising.’

What if this series takes off and everyone starts curtsying to you in supermarkets?
‘Matt Smith keeps talking about that and laughing! I think he likes the idea of me being suddenly in a confused situation. He finds it amusing. It’s lucky that I’m playing her when she was younger, so she’s more of a fictional character. But I’ve got no bloody idea. I’ll be a massive disappointment to people if they meet me: I’m a complete commoner!’

'The Crown’ is on Netflix from Fri Nov 4.

More on 'The Crown' 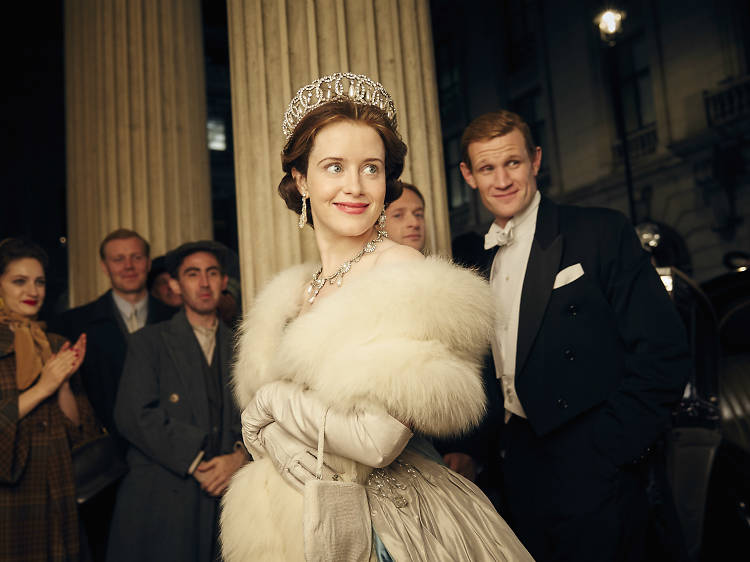 We've had a sneak watch of all ten episodes of this exciting and smart drama. 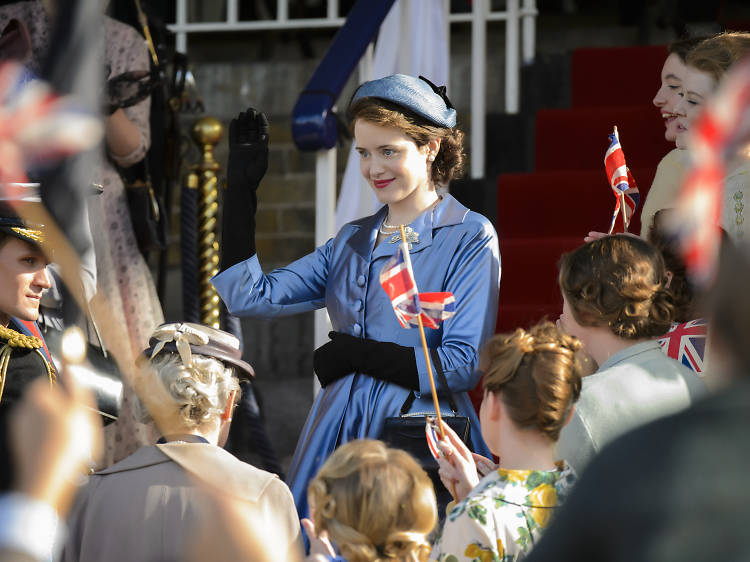 Watch a full-length trailer for Netflix's 'The Crown'

Welcome to your next telly obsession.