In November, Netflix will drop its most ambitious Originals series ever, ‘The Crown’ – the first season of a drama that'll tell the story of the entire reign of Queen Elizabeth II. Its creator and writer is Peter Morgan, who has previous with Her Maj – he wrote the movie ‘The Queen’ and the play ‘The Audience’, both starring Helen Mirren. We've had a sneak watch of all ten episodes, and can report that this is as good as it gets – exciting and smart drama.

Claire Foy is terrific as young Elizabeth II, who we first meet in her twenties: her father, George VI (Jared Harris) is still king and she’s recently married Philip (Matt Smith). The first series examines how she copes with the responsibility of becoming Queen and explores the major relationships in her life: her husband; her first Prime Minister; her sister Princess Margaret; and her uncle, the former Edward VIII. It’s about power, duty, politics and tradition, and we’re hooked.

Here are five things you need to know about The Crown

Claire Foy, 32, is best known for playing Anne Boleyn in the TV series ‘Wolf Hall’. ‘The Crown’ is going to make her a star. She’s flawless as the young Queen in the late 1940s and early 1950s. Minus the grey rinse, the young princess we meet is a privileged but sensible young woman, struggling with her own inadequacies (her lack of a proper education is a big theme). Foy – working with a genius script by Peter Morgan – makes you understand the Queen as a human, rather than a stately head on one side of a five-pound note.

‘The Crown’ portrays Princess Margaret as a victim of the new Queen’s struggle between duty and personal loyalty in the early years of her reign. Played by Vanessa Kirby, the Queen’s fun-loving younger sis declares she wants to marry a divorced man, Peter Townsend, a royal equerry. The new Queen is initially supportive, before she realises the weight of the government and tradition that’s on her shoulders. Time for an awkward conversation…

We all know the Queen’s other half as a 95-year-old duffer in tweed, guaranteed to put his foot in it with an offensive comment relating to race/gender/nationality. (‘How do you keep the natives off the booze long enough to pass the test,’ he once joked to a Scottish driving instructor.) In ‘The Crown’, we see him in his early thirties, played former Doctor Who Matt Smith. Philip is a likeable character: a moderniser (yes, really) in the stuffy court and a man in the 1950s dealing with the strangeness of his new wife suddenly becoming the most powerful woman in the world.

4. An American actor is Winston Churchill (and nails it)

Loads of British actors (including Michael Gambon, Timothy Spall and Richard Burton) have played Britain’s wartime Prime Minister. But in ‘The Crown’ Churchill is played by American John Lithgow, who we still like to think of as the dad in the 1980s bigfoot movie ‘Harry and the Hendersons’. (You might know him from the great 2015 indie film ‘Love Is Strange’ or TV’s ‘Third Rock From the Sun’.) Lithgow is spot-on: his Churchill is the Queen’s first prime minister (Theresa May is the thirteenth) and he has a forceful but nurturing relationship with her, gently guiding her into the job but also respectful of her authority and power. It’s one of the central relationships of this first series of ‘The Crown’ and it’s brilliantly written by Peter Morgan, the series’ creator and sole writer of every episode.

5. It will leave you wanting more

The first series of ‘The Crown’ is ten episodes long, each lasting around 50 minutes. But by the final programme we’re only in 1955 – that’s just three years into the Queen’s reign. At this rate, we could be watching ‘The Crown’ for the next ten years. Already, they’ve started shooting the second series, again with Claire Foy playing the Queen. She has said she’d only doing one more series, so they’ll need to recast once HRH starts heading towards her forties. If the makers of ‘The Crown’ manage to maintain the sheer quality they’ve established with the first series, we’ll be with them all the way.

‘The Crown’ will be on Netflix from November 4 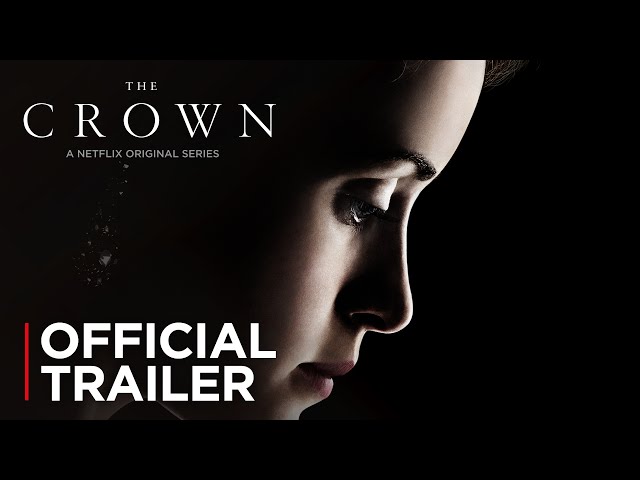