It is a flawless LA morning, the sun already high enough to fill a sixth-floor suite of the legendary Chateau Marmont hotel. Yet despite the glow streaming through the windows, Jamie Dornan seems worried. The Northern Irish actor (who is also one of the highest-paid male models in the world) has the expression of a man about to leap out of a plane. It is the first day of a press junket marathon for the movie release of ‘Fifty Shades of Grey’, the sure-to-be-divisive adaptation of the global erotic phenomenon. And the film’s relatively unknown star senses he might be thrown to the lions.

At 32, Dornan has only just begun his ascent to the A list. As a brooding serial killer in BBC crime drama ‘The Fall’, he established himself as an acting force to be reckoned with, but with ‘Fifty Shades of Grey’, Dornan has been thrust at hyperspeed into the limelight. Playing the lead character of Christian Grey, he’s gone from being a torso to swoon over in the occasional Calvin Klein ad to being an icon woven for ever into the silky fabric of female fantasy.

In case you’ve been living in an Amish village, ‘Fifty Shades of Grey’ is a romantic novel with lots of sex – lots of rough, masochistic sex. When it was published in 2011, it was just what the reading public had been breathlessly waiting for. With the book garnering legions of fans, the movie has been hotly debated. And under the unexpected direction of artist Sam Taylor-Johnson, it’s predicted to be either sheer genius or pure junk.

At the centre of the debate is Dornan: gorgeous, mysterious, not yet that famous – and cast at astonishingly short notice. The question is: will ‘Fifty Shades’ make him man of the moment or the critics’ whipping boy?

This isn’t your everyday Hollywood starring role.
‘No. People are… well, let’s just say if you’re into it, it seems you’re really into it.’

And if they hate it, they’ll hate you?
‘I think for this series of books particularly, people have very strong opinions about who their Christian Grey is and who their Anastasia Steele is. Some people will be happy enough with the film. And some will be rabidly disappointed.’

How did you land the part? People must have fantasised about all kinds of big stars playing Christian Grey.
‘It was very peculiar. I auditioned, then they cast someone else [English actor Charlie Hunnam] and I moved on. But then it came around again. From the day I got cast to the day we started shooting was only a month. Which is insane.’

Wow, that must have been intense.
‘I hope I never have to go into a job like that again. My wife was very heavily pregnant at the time. We had our daughter three days before we started filming. In a way, I didn’t have enough time to overthink things. I just had to grin and bear it and be like: Right, this is happening. It’s quite a big deal. I have to make sure I’m as ready as I can be in the allotted time.’

Maybe this is one part you just have to throw yourself into?
‘I would still want more than four weeks from finding out you’re working to “Action!” Luckily, there were aspects to the character that I felt relatively solid with, without feeling I needed to do loads of work on.’

Like what?
‘I had a decent sense, I think, of his torture, of people misunderstanding him, of his struggle for love and acceptance. He’s an extremely powerful guy, but I think there’s a big element of Christian that is unfulfilled. I don’t mean it is in any way parallel with my own life – but I just felt early on that I had an understanding of that and so I felt comfortable when I went to play him.’

What was it like to work with Sam Taylor-Johnson? She was a leftfield choice to direct.
‘She has this amazing ability to calm potentially crazy situations. When we were making the picture, she had a very easy way of negating the outside craziness, not making it feel that we were involved in this hugely anticipated monster that everyone had an opinion on. And she deals with sex in a classy, demure kind of way. There are directors out there who could have made this content gratuitous but she handled it all in a sophisticated manner.’

Oh yes, there are some sex scenes, aren’t there? How were they to film?
‘It’s work. There’s no other way to approach it [than] just accepting that you’re doing intimate things with lots of people you don’t know well in a room with you. The physical side of it, the nakedness, that was still hard. I tried my best not to end up naked too much when I was modelling. I’m never entirely comfortable with that, although Google Images would probably deny that fact! I’ve never seen a picture of myself with my shirt off and thought: That looks good. You know?’

Do you like the dark side? ‘The Fall’ has very grim subject matter, and ‘Fifty Shades’ is dark in its own way.
‘Yeah. I’m not entirely sure why, but dark characters do have an allure for me. That’s not to say I only want to play dark characters. I don’t seek it out, but I do find myself drawn to characters who are slightly broken or fractured. That’s somewhat applicable to my own life, so maybe there’s something to be said there. I don’t find myself in places of darkness too often. But we all have our moments.’

Perhaps you – like Christian Grey – are just exploring that?
‘Yes. That’s what’s great fun about choosing this profession. You find out a lot about yourself. On every project you find out something different about yourself. It’s like self-therapy, in a mad way.’ 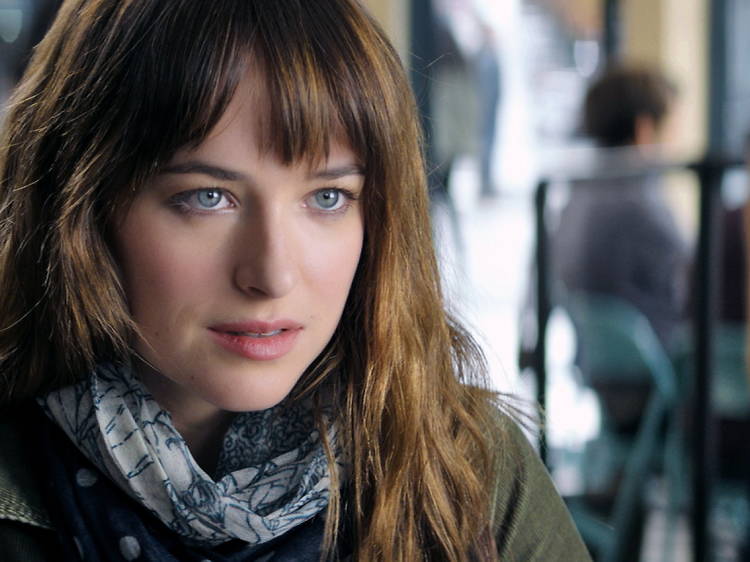