From Jonah Hill's pastel horror show shirt in 'The Wolf of Wall Street' to the traffic-stopping fur coat in 'Carol', Sandy Powell talks us through her finest creations

Sandy Powell is Hollywood's reigning queen of costume design. Nominated for 12 Oscars, she’s won three times (for ‘Shakespeare in Love’, ‘The Aviator’, and ‘The Young Victoria’). This year she’s been nominated for two very different films. On a tiny budget with six-weeks to prep she rustled up the gorgeous 1950s costumes in ‘Carol’. On Disney’s ‘Cinderella’ she had two years to create Cinders’s blue ballgown – using three miles of hem and more than 10,000 Swarovski crystals. 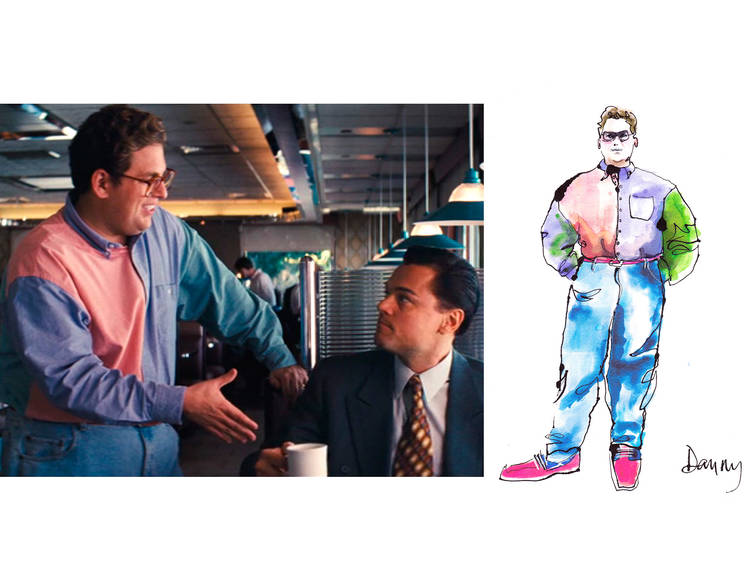 'Jonah Hill in that awful shirt! He was great fun to dress. The character was so awful that we decided to put him in loads of dreadful pastel colours. It was really good fun. In that period of the ’80s and ’90s Savile Row tailors used be flown out to New York just to do fittings for traders. It was a real snobbery.'
Read more 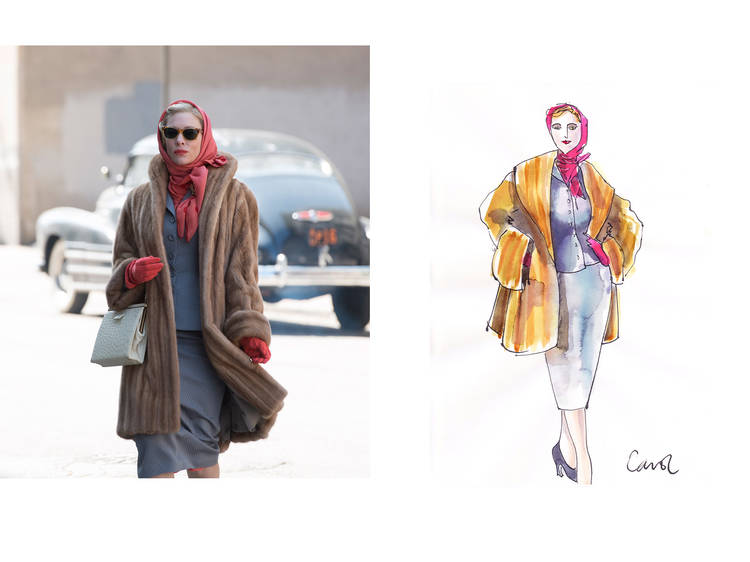 ‘This is her look when she first meets Rooney Mara in the department store. The fur coat was the most important costume in the film. In the book and the screenplay Carol is described as "a woman in a fur coat". It’s vintage fur, made new. I couldn’t find the exact coat that I wanted, so in the end I got a furrier in New York to make me one from lots of bits of old coats.’

'Carol' is in cinemas now and released on DVD, Blu-Ray and Digital HD from March 21
Read more
Advertising 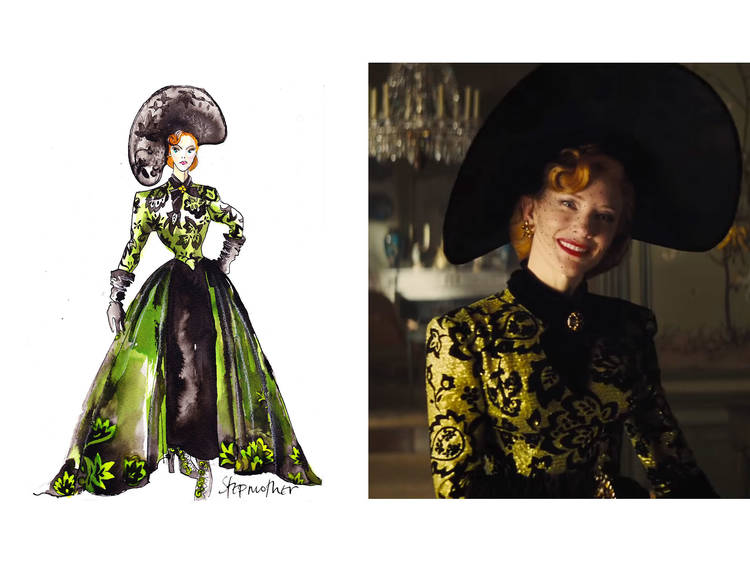 Cate Blanchett as the evil stepmother

'This is the first time we see Cate in the film and the entrance is really important. The first thing that came into my mind when I thought about the stepmother was somebody like Joan Crawford or Marlene Dietrich in a big hat. I just had an image of a woman in a big hat. When they filmed the scene, they used the hat to conceal her face until she turned around, so it was very dramatic.'
Read more 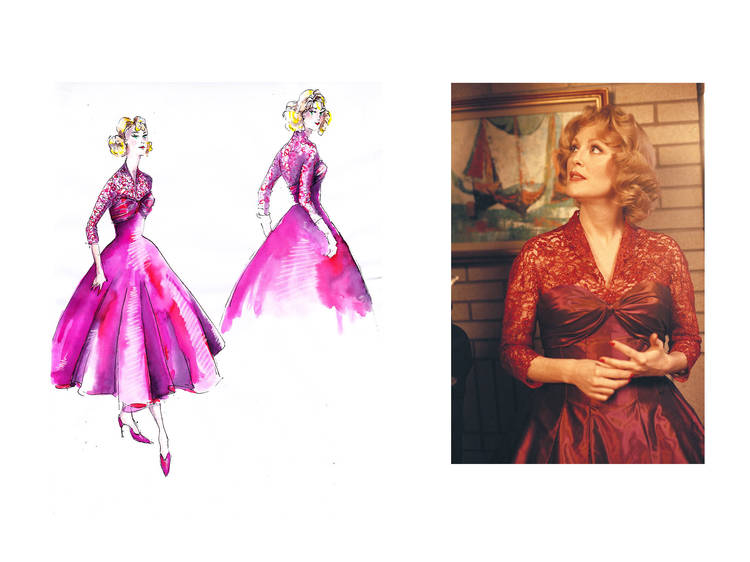 'This is the dress Julianne Moore wears to the Christmas party. The actual dress was not as bright as the drawing. The drawings are all done after the film. It starts with sketches, then I find the fabrics and we make the clothes. Then, at the end of the film, when I have time, I do the drawings properly. I enjoy doing them. I've been known to do them a year later.'
Read more
Advertising 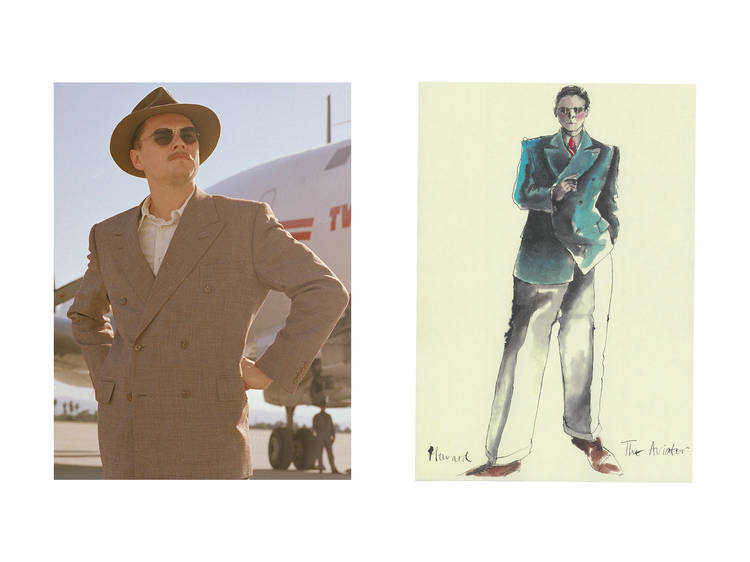 'That's Leo as Howard Hughes when he gets off his plane and meets Katharine Hepburn for the first time. The most famous pictures of Howard Hughes are from the end, when he was really eccentric and wore the same clothes all the time and got rid of the smart stuff. I do remember looking a lot at Cary Grant, who was one of his closest friends. I think there is something a bit Cary Grant about that look.'
Read more 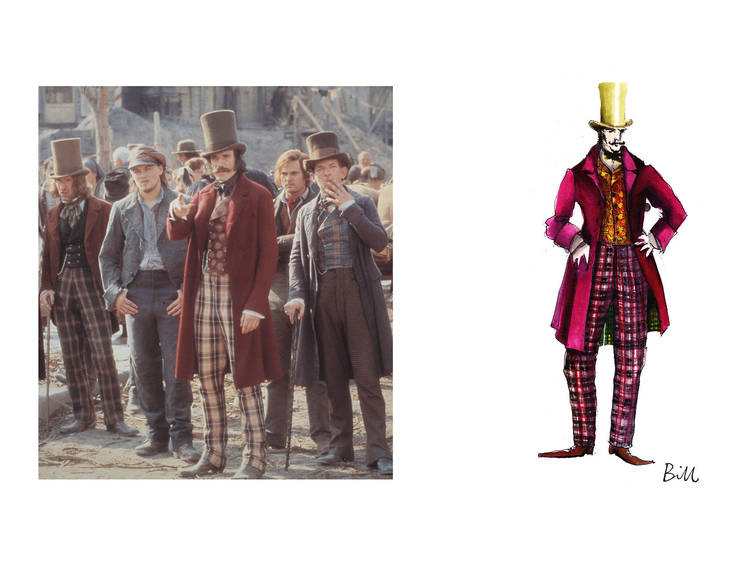 ‘Daniel Day-Lewis thought his character should be really grimy and rough. It was Martin [Scorsese] who said “No, he should be a peacock. He should be a dandy. He's a gangster all his money should go into his clothes." That’s what we did in the end.’
Read more
Advertising 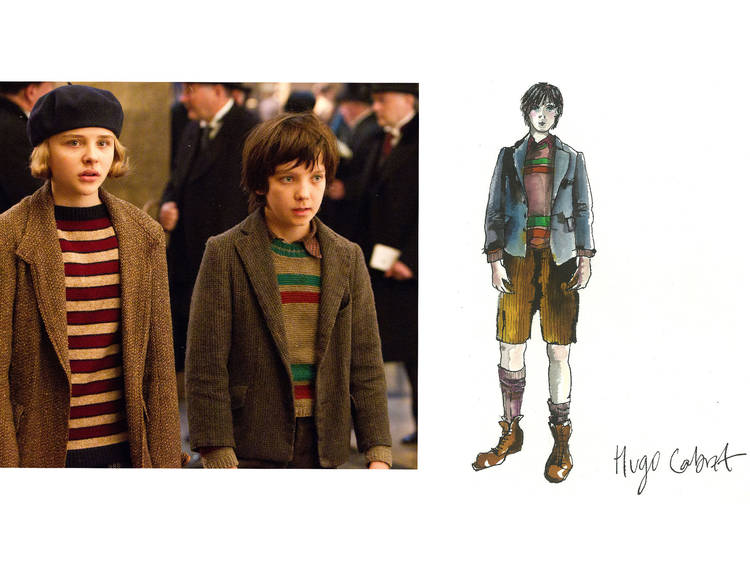 'This is the one outfit he has for the entire film. I designed the costumes so most of the characters only have one look, like a children’s book. Characters in illustrated books rarely change clothes – they need to be instantly recognised by kids.' 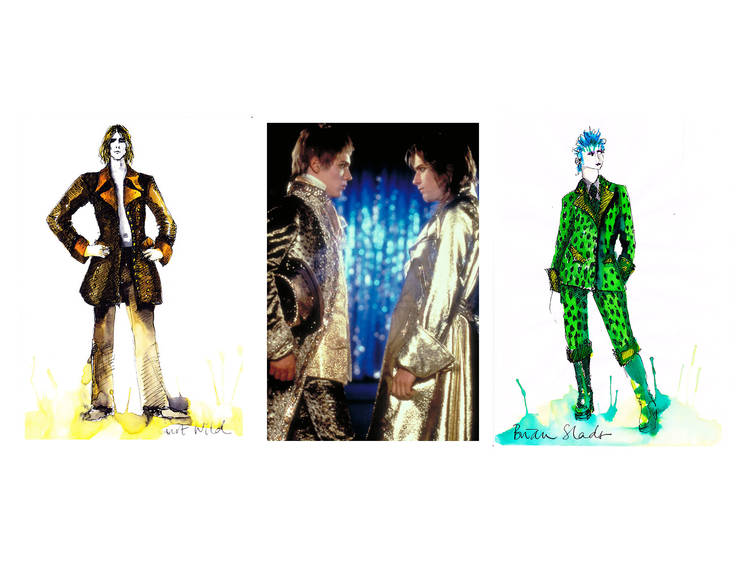 'I looked at everything glam rock for “Velvet Goldmine”. Obviously David Bowie, but nothing’s an exact replica. I grew up in that period and I love all that music. A lot of it is really tacky. None of it was meant to be couture or fabulous. It’s dressing up. Some of it came from my memory. Some of it was my fantasy – what I would have liked to have worn myself!'
Read more
Advertising 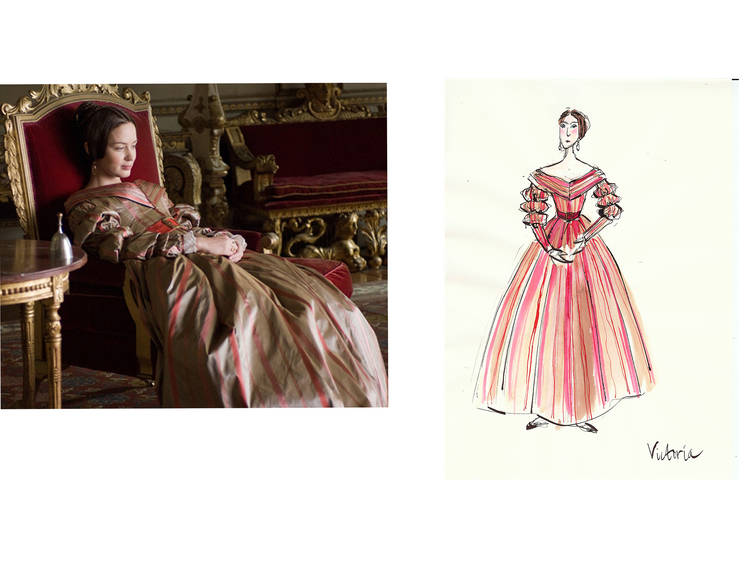 ‘This is just after Victoria has come to the throne. She’s still young, but she’s completely changed her look from the frilly child-like pretty dresses that her mother put her in. I got to go to Kensington Palace and look in their archive and see the actual items of clothing that she wore. They were absolutely minute – she was child-size.'
Read more
Show more

Read an interview with Leonardo DiCaprio 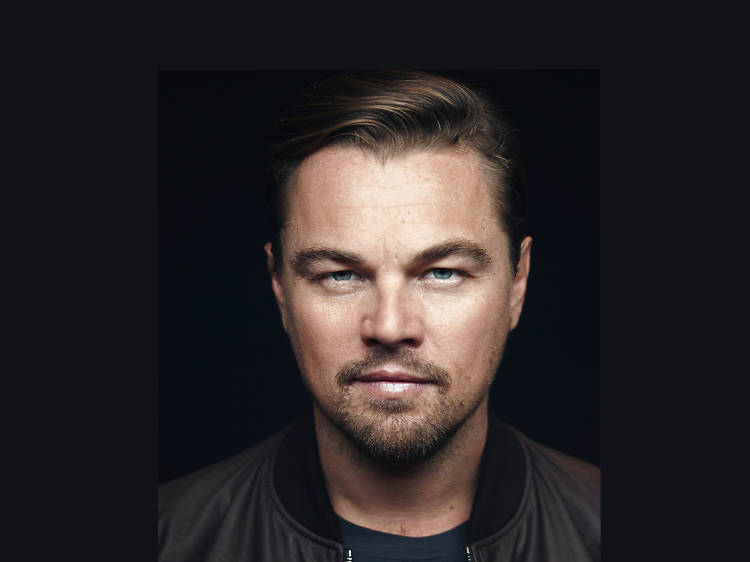 Leonardo DiCaprio talks Titantic, Obama and battling the elements in the Canada and South America for the ‘The Revenant’.