The makers of ‘Star Wars’, ‘Moonlight’ and ‘Birds of Prey’ on the places that turn them on, creatively and personally

Jena-Luc Godard was inextricably linked to Paris. Michael Mann is film’s foremost photographer of the LA skyline, Wong Kar-wai is forever intwined with Hong Kong and Paul Thomas Anderson is the bard of the San Fernando Valley. True, not every filmmaker is synonymous with their favourite city, but the creative set frequently finds its muse amid the hum of big cities.

When asked some of the world’s coolest filmmakers which cities inspire them, we assumed it would be a globe-trotting affair. We weren’t disappointed. Yet their replies were far from predictable: We never would have imagined an artist whose worked is steeped in Celtic lore to be so inspired by Paris, or that Australia’s foremost chroniclers of human suffering finds inspiration in the mellow vibes of Amsterdam.

Read on: The 50 coolest filmmakers in the world right now. 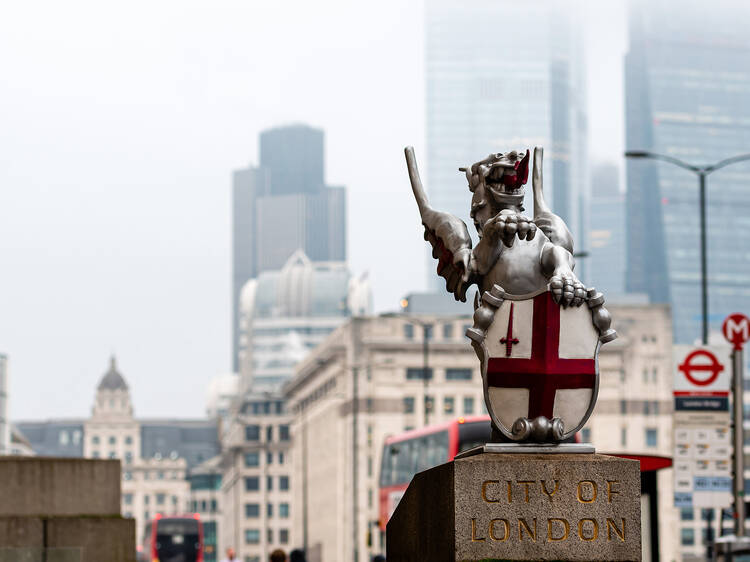 London – picked by Robert Eggers, American director of ‘The Lighthouse’

‘I’ve been living in London for a year and I am loving it. It has all the things I love about New York, but there is more history. There is no bridge in New York adorned with knight helms, dragons and winged lions. I would be eager to make a film set in London’s past.’ 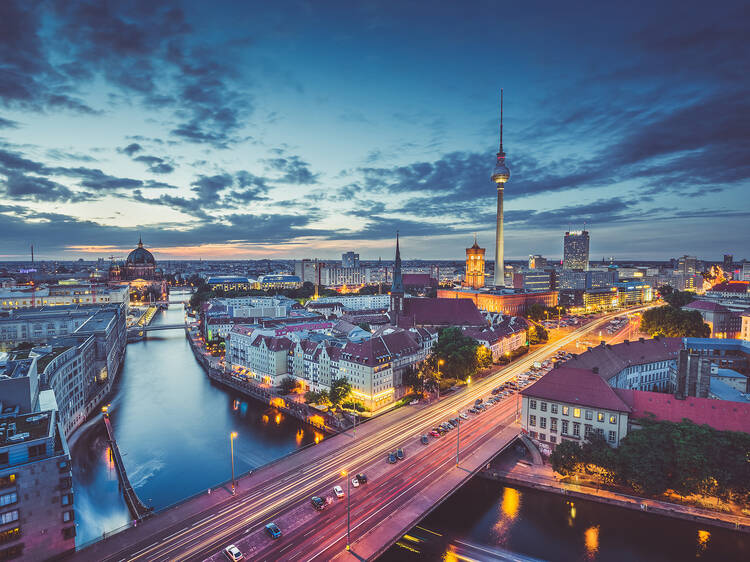 ‘The cities that inspire me the most are not necessarily the one I like the most. I hate Berlin but it inspires me somehow. I always end up spending a month there in post-production – I hate it but somehow I like it. I have a project that partly takes place in Berlin.’ 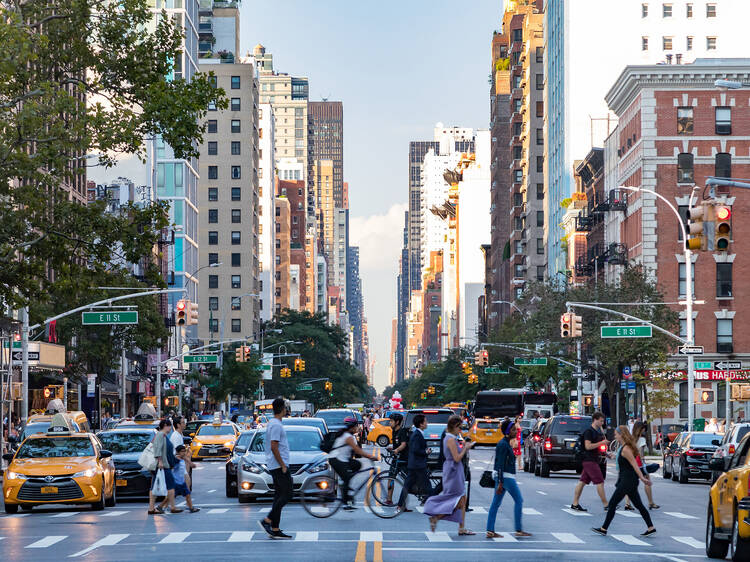 ‘New York is incredibly inspiring, because of the way people are forced to interact and mesh – and Berlin for the same reasons. And I wrote Moonlight in Brussels, which is a very strange city for me to have affinity for.’ 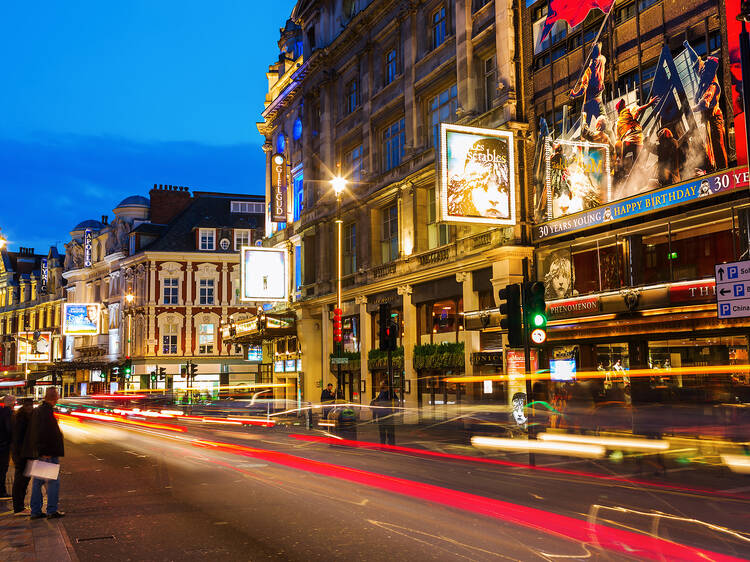 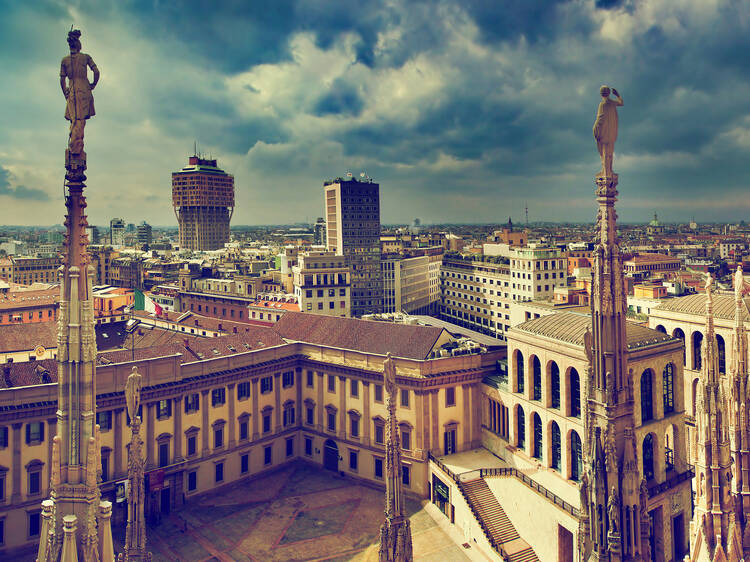 Milan – Luca Guadagnino, Italian director of ‘Call Me By Your Name’

‘I've lived in Milan for years now and I find insightfulness here. Recently, I woke up very early and went down to the street where I live, it was raining yet there was a warm light behind me. So I turned and saw above this modernist palazzo a beautiful tear in the sky where the clouds were giving space to a big sun, and it was raining. That kind of contrast – the modernism, the traffic, the greyness and the sun at the same time – that is very Milan to me. It was a beautiful moment.’ 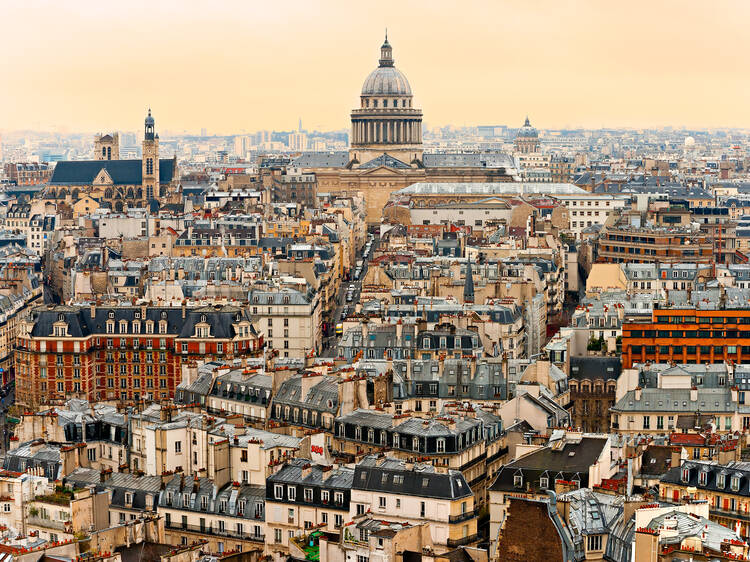 Paris – Tomm Moore, Irish director of ‘Song of the Sea’

‘I’m studying life drawing at the Beaux-Arts and when I’m not working I walk around and sometimes it feels like I’m in a museum. I’m from Kilkenny, which is a small place, and I get a buzz from New York or London, but Paris is so beautiful. I sketch the buildings and the light is beautiful. It’s fun to just bop around on a bike discovering new things. I’ll ride run a corner and see the Pantheon in front of me and be like: “Wow.”’ 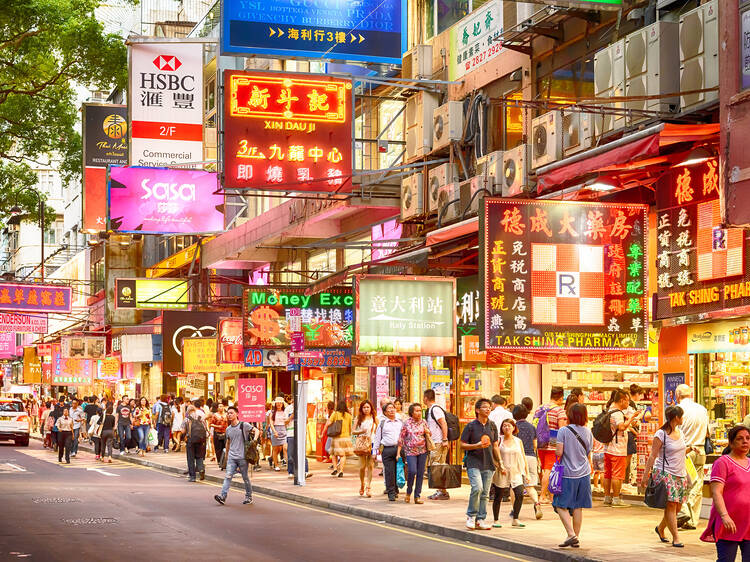 ‘I went to high school and spent a few years as a reporter in Hong Kong – and I miss it very much. It’s a deeply unique and cinematic place. The textures, the light, the ways the walls are always wet with humidity. I would love to film something there!’ 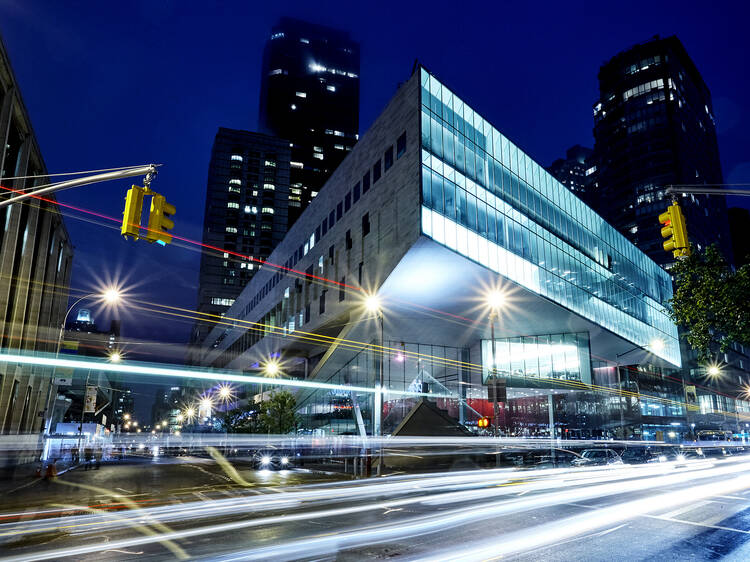 ‘I love New York. The type of living in New York inspires me a lot. I feel like I could be an old man living in New York and going to a ballet or a movie or to dinner every day. It’s a wonderful place for old people with enough money! I find the Caribbean very inspiring, too: the Dominican Republic, Cuba… When I went to those places and saw the colours, I felt like I must have been born there and not in La Mancha.’ 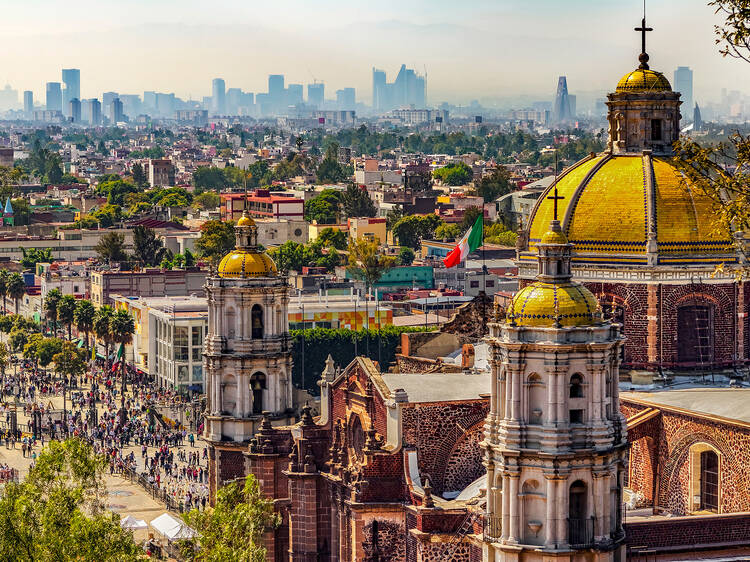 ‘It’s just really alive, totally unexpected, absolutely mesmerising. I was on the jury of a film festival there – I was meant to be there for two weeks and ended up staying for six. I’d love to make a film there, but I think I’d like to live there first. I just love the culture, the food.’ 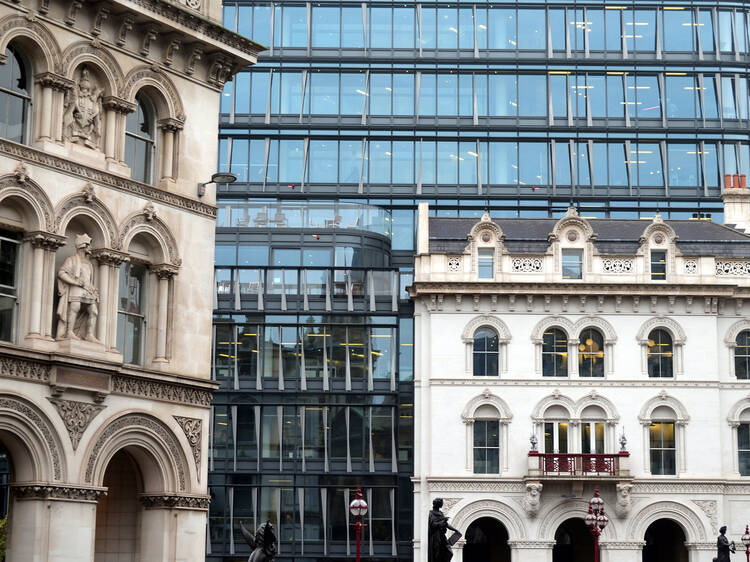 ‘The cities that I like most have the old world and new world combinations, like London, which I like very much. I’m more of a countryside person, actually. When I work, I just need silence, and the outdoors – a place with a few trees and to walk around.’ 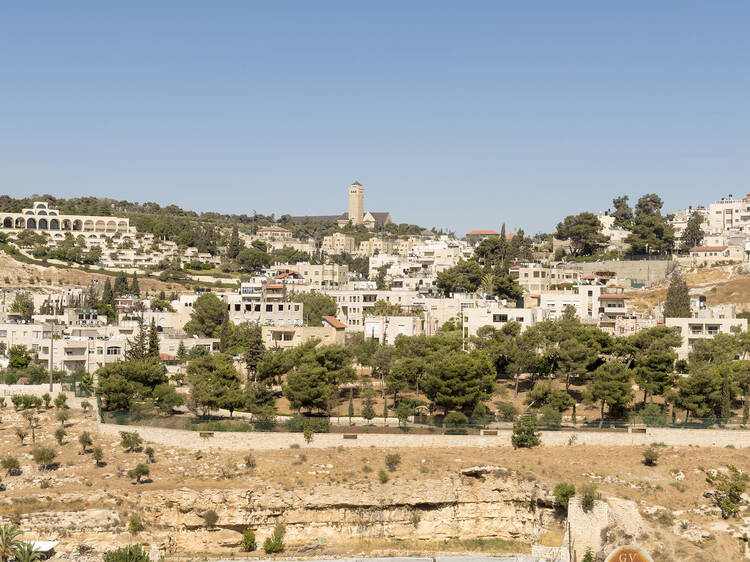 ‘I have shot in almost every single Palestinian town, with the exception of Bethlehem. There is something about that place that stirs up an ancestral anger in me, mixed with deep love. I feel energised and knocked down at the same time. Resentment and delirium. It’s a schizophrenic place and it has an effect on me.’ 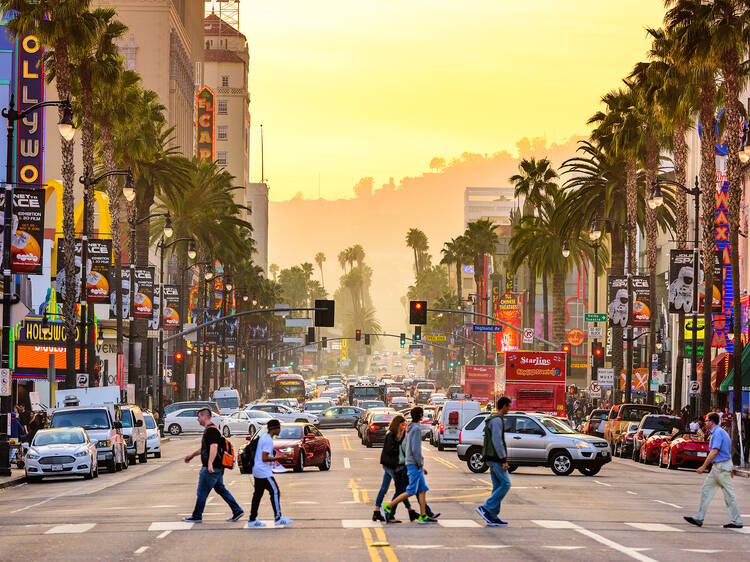 ‘This sounds crazy but Los Angeles is strangely appealing. It was once the most used location but people tend to shot around the rest of the world instead now. I’m always drawn to the empty movie theatres: I feel this pang of wanting to be a time traveler whenever I walk past the Pacific Theater on Hollywood Boulevard. It’s an entire block with a theatre inside, just sitting there. If I had Jeff Bezos money I’d reopen it as a fancy loss-making cinema in the middle of Hollywood.’ 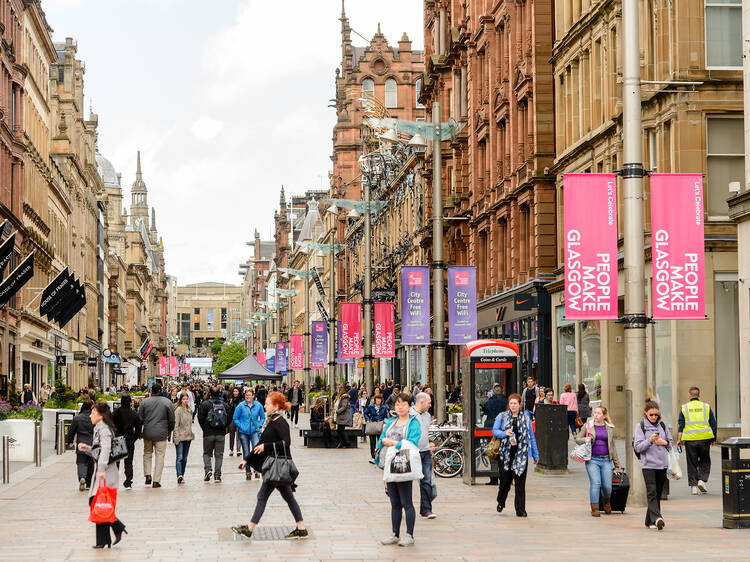 ‘The people have so much energy and time for you and will always help you. And it gives the city such humanity and life. I love Glasgow.’ 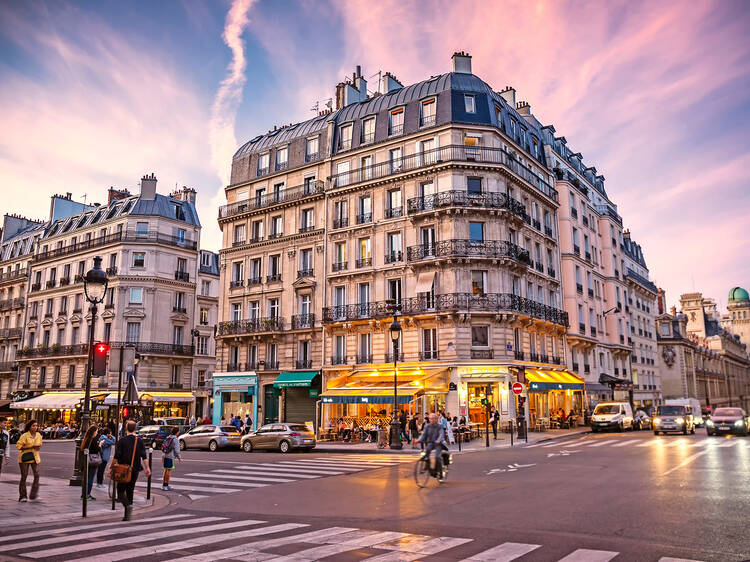 ‘It’s a cliché that all Americans love Paris, but it’s Paris. When my wife and I go there, we just go to the Latin Quarter, pick up the listings and watch two or three movies a day in the incredible revival cinemas. The whole city treats going to the movies with respect. Would I like to film there? Are you kidding me! I’d have to persuade my producer. I have a feeling if I wrote the words: “Fade in, Paris day,” I'd wake up on location in Bucharest.’ 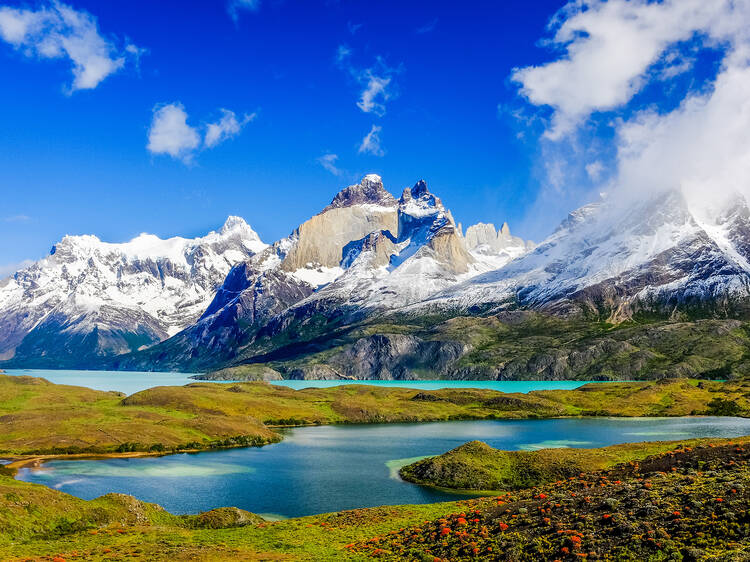 ‘Not a city but a region: Patagonia. There’s no people there, so you can think about people.’ 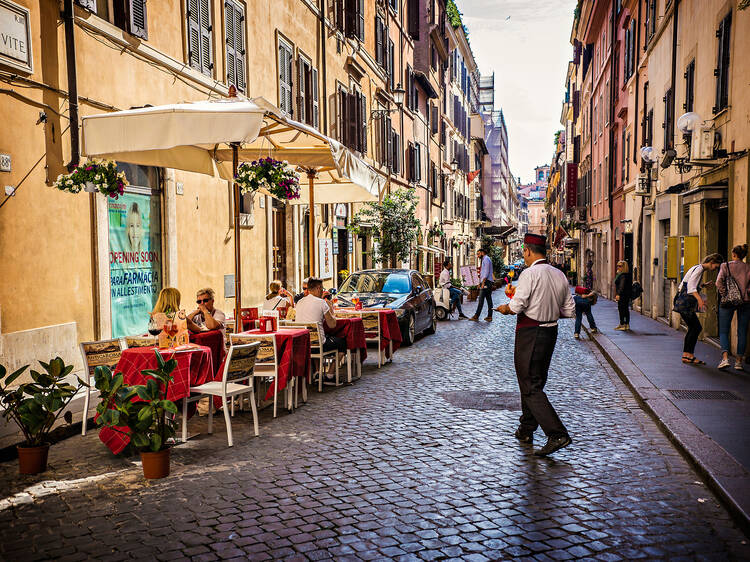 ‘I feel incredibly at home in Rome – I almost entirely wrote my films there – and the month I spent writing there I felt at peace with myself. It’s a source of serenity. I’m lucky enough to speak Italian so I can go to my favourite restaurants and speak to the waiters for hours, because they’re very outgoing. I’m from Paris but it’s not inspiring at all to me, and I would never shoot there. I know it so well that there is no place for fantasy for me. I need to imagine my own world and in Paris, I can’t.’ 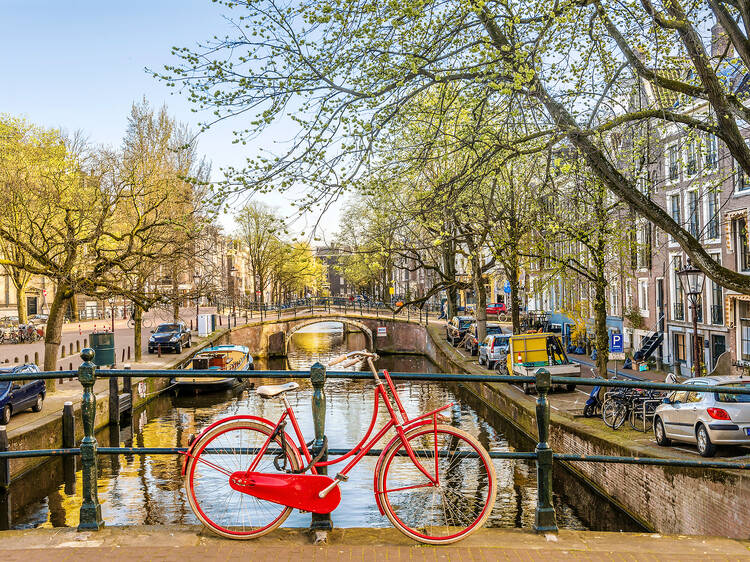 ‘I wrote The Babadook in Amsterdam and it was an incredibly inspiring city for me. I love that you can ride around it on a bike, and I love the people. The Dutch were very supportive of the film. Amsterdam is so old but it feels like a village somehow. It’s beautiful.’ 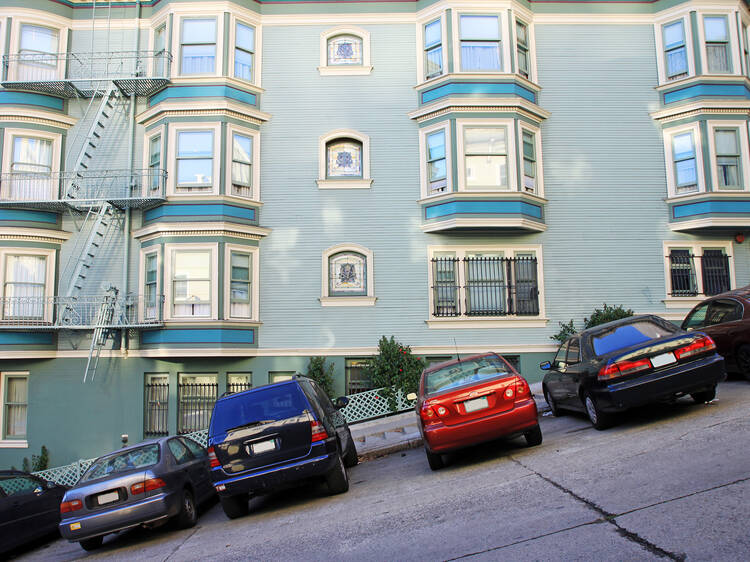 ‘Because of the hills. When you look in certain directions you don’t have to see the sky because you just see the hills. Then there’s the incredible architecture and signage that hasn’t changed down the years.’ 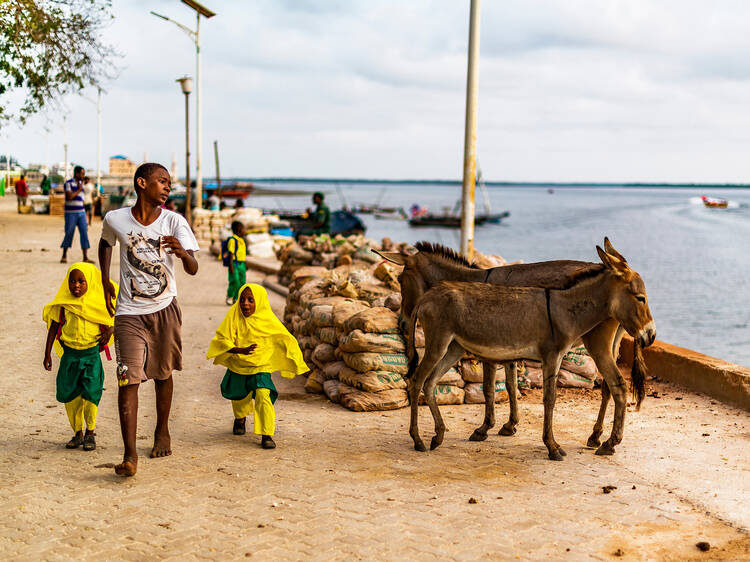 ‘This is a town on an archipelago on the east African coast, and it’s one of the oldest continuous lived cities in the world. There are no cars, only donkeys and some motorbikes. It’s truly one of the most gorgeous places: you can stand by an abandoned Portuguese cannon by the side of a beach looking out to sea, into the hills and into the same landscape hundreds of years ago.’ 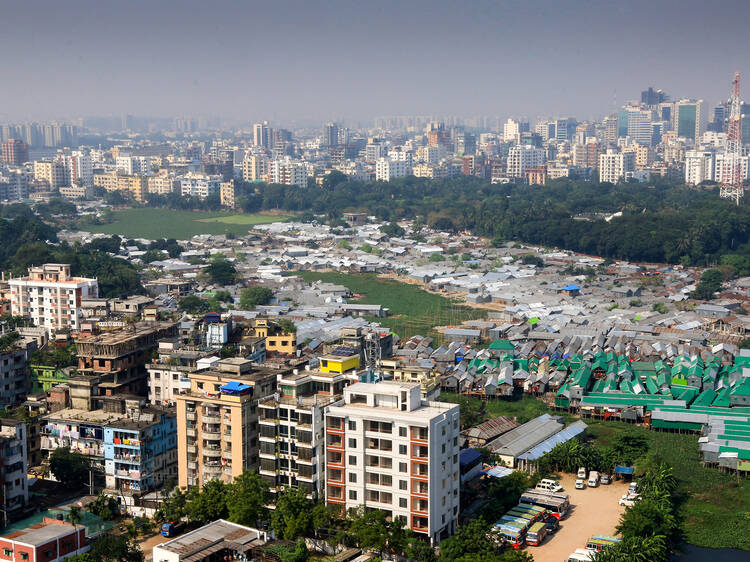 ‘Dakar is an attractive and cinegenic city, but the reasons that led me to engage my cinema are more personal and political. Having a distance with this place allowed me to keep a lucid eye [making Atlantics].’