From more local beginnings filming Bottle Rocket and Rushmore in his home state of Texas, Wes Anderson has brought his immaculate visions to the wider world via plane, train and submersible. The American filmmaker could make a refuse dump look visitable – and in fact, did, with Isle of Dogs – and sure enough, he has put a few hitherto spots on the movie map.

Next up is his magazine omnibus The French Dispatch, which takes the sud ouest French town of Angoulême and Wes-ifies it into the even more Gallic town of Ennui-sur-Blasé. If you fancy packing your luggage – preferably Louis Vuitton – and heading to Wes World, here’s where to go.

📍7 places in London that look straight out of a Wes Anderson movie.

🎬 Read our review of The French Dispatch. 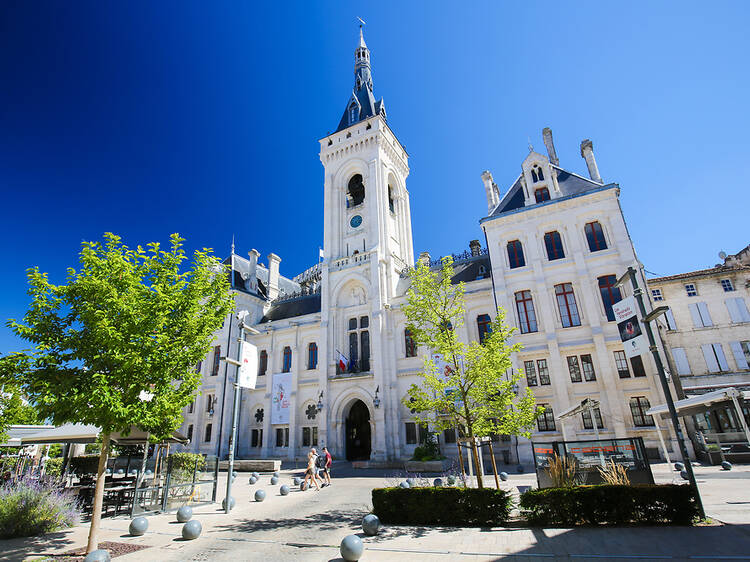 With its quirky nickname ‘the balcony of the south-west’ and passionate embrace of the past, this ancient ville in the region of Nouvelle-Aquitaine, the location for his magazine homage The French Dispatch, is non-more-Wes. You’ll find a wealth of fine art collections and antiquities in its museums, as well as the kid-friendly La Cité Internationale de la Bande Dessinée et de l'Image, which is basically a paradise for comic-book lovers (the city hosts a huge annual comic-book festival too). Will you find a band of eccentric American journos and world-weary artistes inhabiting its cafés with a sense of world-weary sophistication? We can only hope. 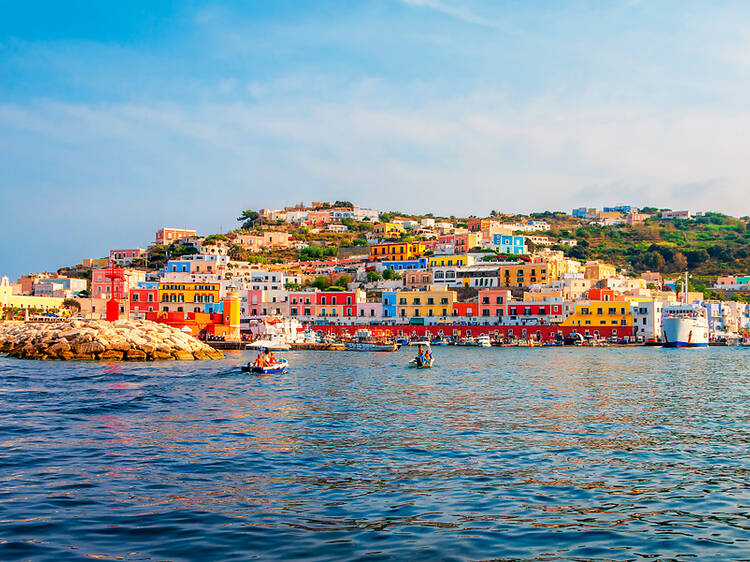 A little gem in the Tyrrhenian Sea, this Italian island plays the fictional Port-au-Patois in Wes Anderson’s seafaring yarn. It’s into its enchanting little port town that oceanographer Steve Zissou’s boat, the Belafonte, is humiliatingly towed by his arch rival Alistair Hennessey (Jeff Goldblum). There are other cultural touchpoints here, too: Ponza is rumoured to be made a cameo in Homer's ‘Odyssey’, while Federico Fellini shot Satyricon here. If you want to follow in the footsteps of Odysseus – or Bill Murray – head for Naples (another Life Aquatic location) and jump on the ferry. 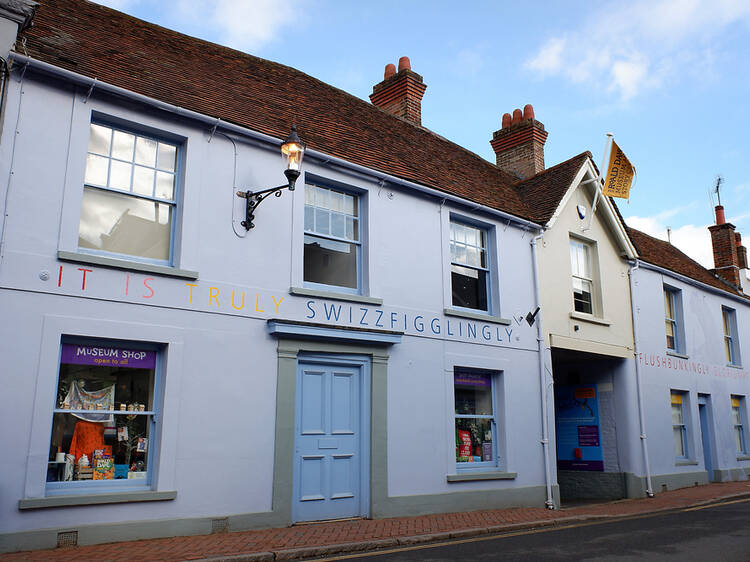 You can’t visit the locations of Wes Anderson’s Roald Dahl adaptation – its stop-motion magic was entirely captured at east London’s Three Mills Studios – but you can visit its inspiration: Dahl’s home village of Great Missenden, just northwest of London. Gipsy House, Dahl’s own home, played host to the filmmaker when he was writing the screenplay. It isn’t open to the public these days but a trip to this corner of Buckinghamshire still offers a few Dahl-ights, including the writer’s old local pub (where Bill Murray and co once pulled pints to promote the movie) and the Roald Dahl museum. 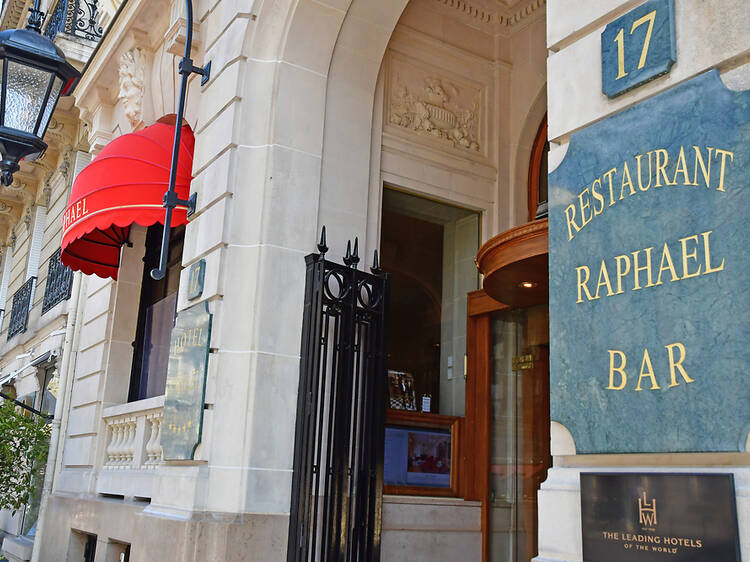 Paris is Anderson’s hometown, where he lives a life of consummate elegance and thinks up new ways to get Bill Murray and Bob Balaban together. He’s yet to make a movie there (Spain is next up with Asteroid City), but he did set this moody short amid in the City of Light. Hotel Chevalier, where Jason Schwartzmann and Natalie Portman have a rather forlorn tryst in this 14-minute prelude to The Darjeeling Limited, is actually Hôtel Raphael, a Gaulouise flick from the Champs-Élysées in the 16th arrondissement. A night there comes with plenty of other movie heritage: Katharine Hepburn, Clark Gable and Grace Kelly were all regulars. 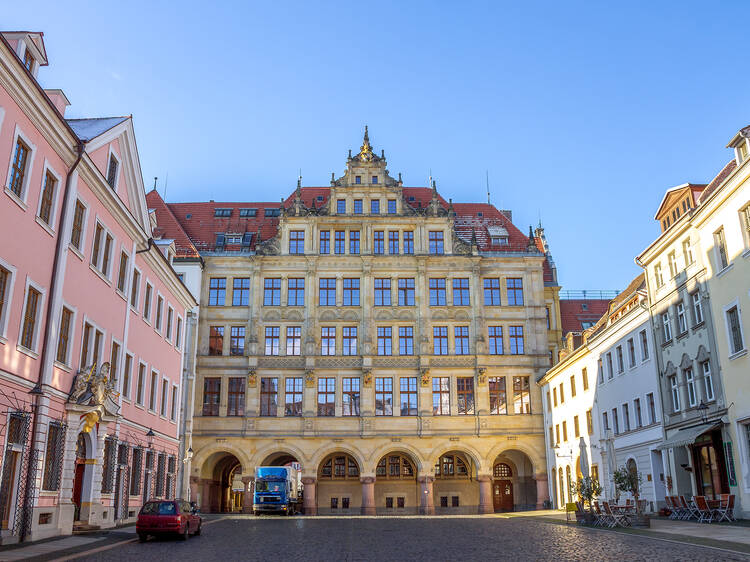 The German town of Görlitz is probably worth visiting just for its beer and hearty local dishes that mean you’ll never need to eat again, but the Wes-friendly architecture and general picturebox vibes are the topper. Görlitz hosted The Grand Budapest Hotel and its cargo of harried hoteliers, eager lobby boys and general Mitteleuropean nostalgia when Anderson filmed here in 2013, and its pastel-coloured edifices and grand town houses are all entirely real, even if the hotel itself exists only on screen. 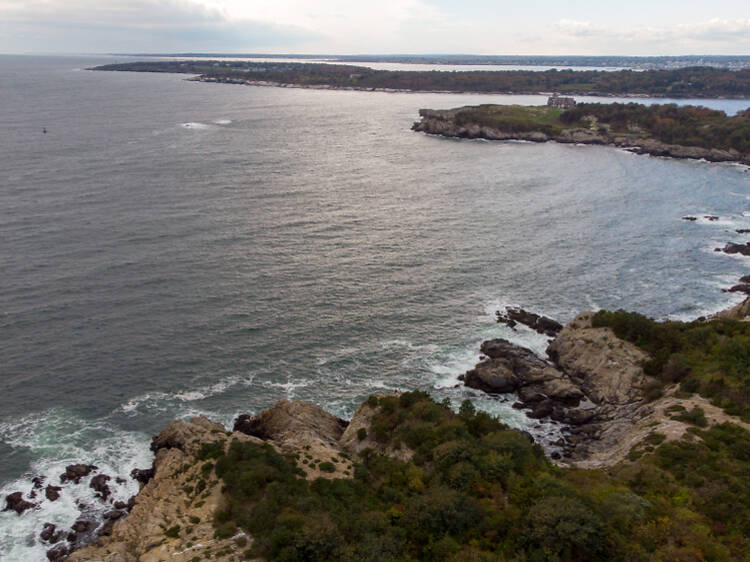 Rhode Island’s big Hollywood moment – excluding There’s Something About Mary – comes in a gentle childhood caper that he originally scouted via Google Earth. Innocent pleasures abound in this quiet corner of New England, and for anyone who wants to emulate Sam and Suzy there’s an actual scout camp – Camp Yawgoog – which provides location and props for Moonrise Kingdom. It’s on the seaward edge of Conanicut Island, a muddy-booted kid’s-own paradise in its own right, full of coves to explore (or elope to), military forts and lighthouses. 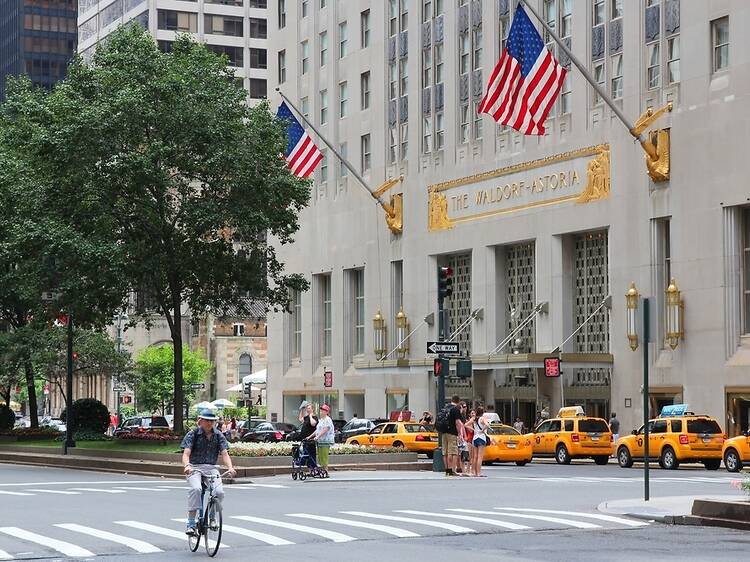 You can get a peek at the Tenenbaums’s house in Harlem, but for a more opulent experience, venture to Manhattan’s famous Waldorf Astoria, where Gene Hackman’s namesake patriarch spent decades on the permanent guest list. Grab a drink at Sir Harry’s Bar and a bite at Peacock Alley, then explore the Art Deco marvel’s echoing halls, kick back in the iconic Reading Room and hopefully escape being stabbed by your trusty valet. The hotel is currently undergoing renovations and is scheduled to open in early 2022, which should give you plenty of time to save up for one of the spendy suites and train your falcon to navigate the city. 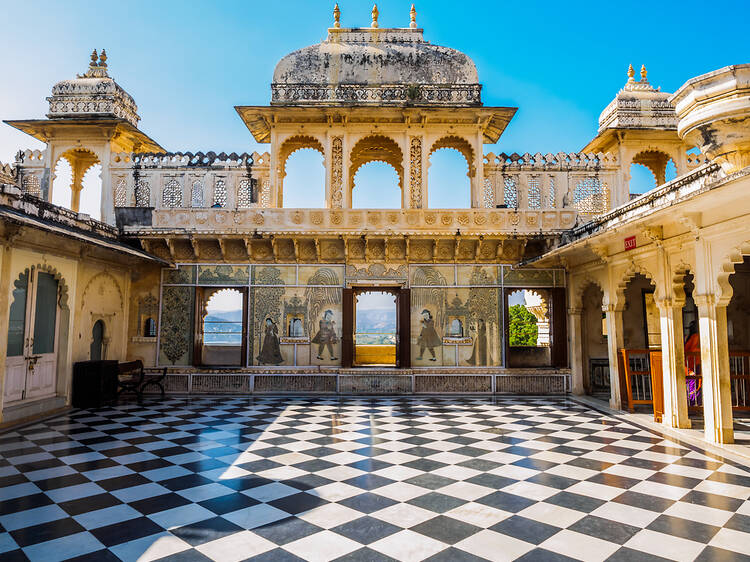 Of course, the Darjeeling Limited is not a real train – hop on the North Western Railway for the closest thing – but Anderson’s spiritual odyssey about three bickering brothers (Jason Schwartzman, Adrien Brody and Owen Wilson) attempting to bond on a Lonely Planet-meets-Louis Vuitton adventure offers plenty of real-life splendours. Most of them are in the hilly surrounds of Rajasthan. Anjelica Huston’s Himalayan convent was constructed in an old hunting lodge in Nahar Magra just outside the Udaipur, AKA ‘the Venice of the East’, which is famous for its lakes, palaces and being in Octopussy. Anderson also shot in Jodhpur, a few hundred miles to the north and equally palatial.

The French Dispatch is out in US and UK cinemas Oct 22.