It won't take long to fall in love with Girona. Here is the 48-hour guide to the most essential and iconic places in the city. Be sure to wear good walking shoes! 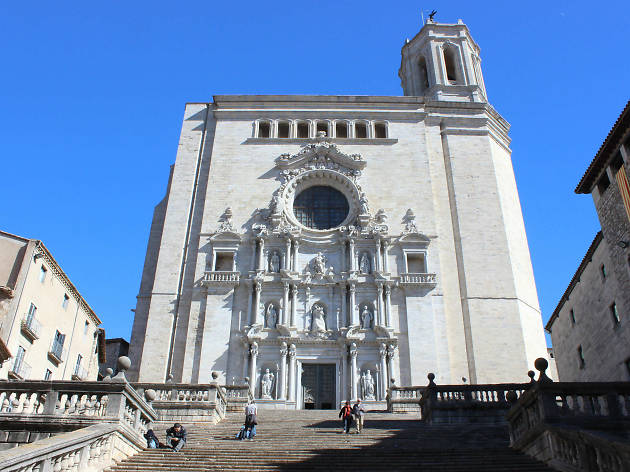 The cathedral of Girona, which is dedicated to Saint Mary, is one of the city's most representative landmarks. Strategically located at the centre of the Old Town, which is known as the Força Vella, it coincides with the urban layout of Roman Girona (Gerunda), from which it's still possible to see the remains of a wall in the modern-day square. The cathedral was built during various eras and periods of differing architectural styles, mainly Romanesque and Gothic. During the Muslim occupation of the area, between 715 and 785 AD, the cathedral was converted into a mosque. Its greatest feature is the Gothic nave, which is the largest in the world; at 22.98m it's just a little smaller than the basilica of Saint Peter's in the Vatican, which measures 25m. And to finish, an interesting fact - in the cathedral you'll find a unique gargoyle with a human figure: the Stone Witch. 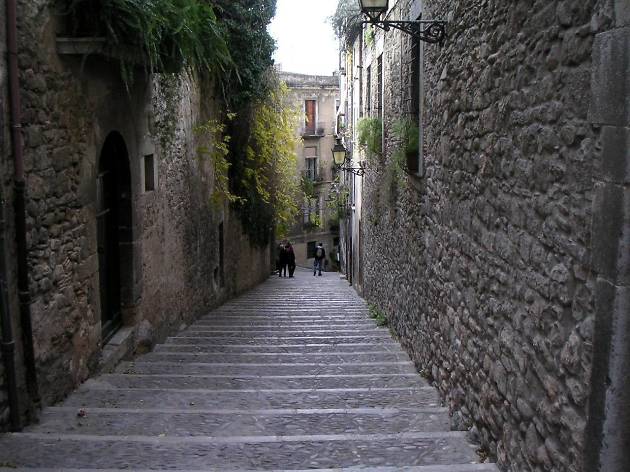 One of Girona's most iconic areas is the Call Jueu, or Jewish Quarter, made up of a maze of small streets and courtyards that maintain their medieval aura. It's one of Europe's best-preserved Jewish neighbourhoods and a clear sign of the significance that Jewish culture once had in the city. The Call began to develop in the 12th century, on C/ de la Força, when Jewish families moved there from existing homes around the Cathedral. The neighbourhood at the time was located in the centre of various districts in what is today known as the Barri Vell, or Old Town. At its peak an average of around 800 people were living in the Call, including a doctor, poet, philosopher and rabbi, Mosse ben Nahman, better known in Catalan as Bonastruc ça Porta. 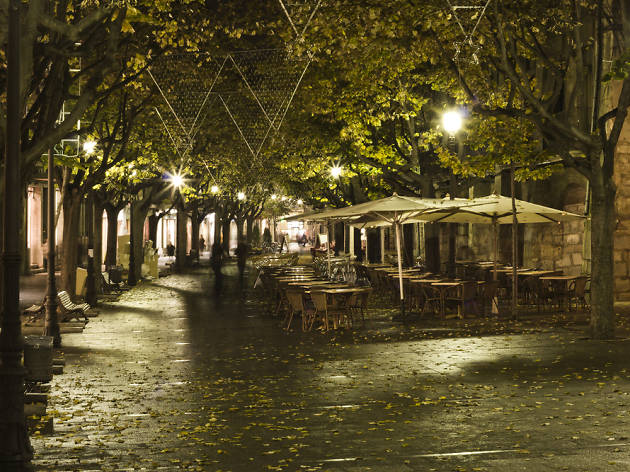 La Rambla de la Llibertat is one of the most emblematic streets in Girona. It's an urban space where people come for a stroll, and it's lined by a number of buildings of cultural interest, such as the Casa Norat. Created in the 18th century to host a market, its name comes from l'Arbre de la Llibertat (The Tree of Freedom), which was planted in 1869 during the Sexenio Democrático, a period of Spanish history that followed the success of a revolution in September 1868 and lasted until the restoration of the Bourbons in 1874. La Rambla was originally made up of a wide, long square that ran from C/ de l'Argenteria to C/Abeuradors, then continued as a narrow street to the Pont de Pedra (Stone Bridge). Today, it continues to be a popular place for locals to walk and meet. 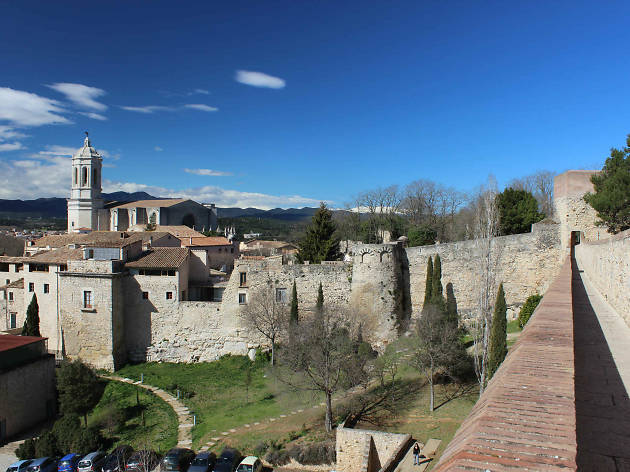 The city walls of Girona have borne witness to bloody battles, legends and ferocious sieges. Built in 1BC, it was during the second half of the 19th century that they lost their defensive importance and instead became an obstacle to urban growth. During the first part of the 20th century, the wall enclosures were pulled down to allow for the expansion of the city, and the only parts that remain are those that didn't hinder the construction of new homes. Nowadays the walls are renowned for offering exceptional panoramic views of the city. 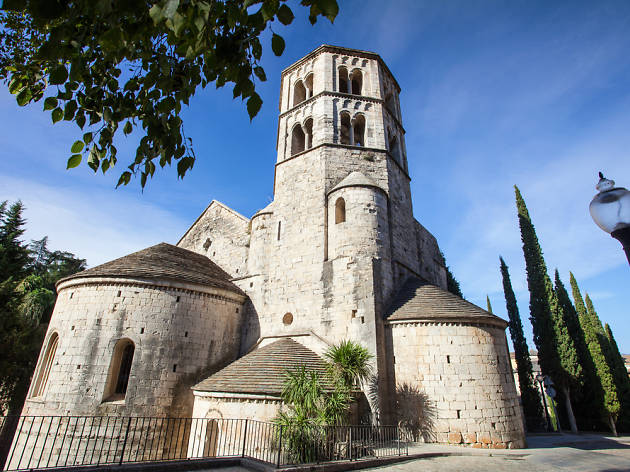 The Benedictine Monastery of Sant Pere de Galligants is one of the most important Catalan Romanic landmarks. It was built close to the northern wall of the city, on the left bank of the Galligants River. Even though the foundation date of the monastery isn't known, there is documentation about it that dates from the end of the 10th century. It's also known that in 1131, Ramón Berenguer the Great (who was Count of Barcelona) made an important donation to the cost of the construction work. It has a basilica with three naves, the middle of which is covered with barrel vault and the other two with quadrant vaults. The layout of the apse on the north side and the archaic portal - which are both quite unusual - has given rise to the belief that they come from a different building that was previously on the site. It's been the headquarters of the Archaeology Museum since 1857. 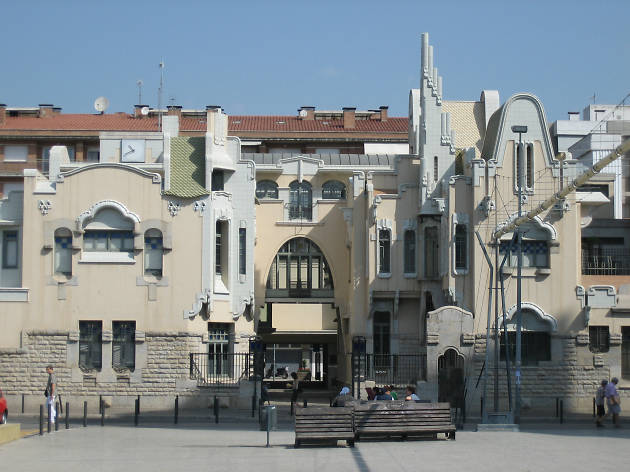 La Farinera is one of Girona's most representative modernista buildings. Industrialist Alfons Teixidor commissioned its construction from architect Rafael Masó, asking for it to include: the family home, a suite of offices, and industrial warehouses to be used as a flourmill and for storage. It might seem strange to find a factory right in the middle of the city, but in 1910, when it was built, it was actually located in the town of Santa Eugènia de Ter. The purpose of the building can be seen from the outside, thanks to its white roof and dome: 'All snowy! I want it to really be the house of flour,' said Masó. The building, which has influences ranging from Gaudí and Charles Rennie Mackintosh to the Vienna Secession, is currently the headquarters of Catalan newspaper El Punt Avui. 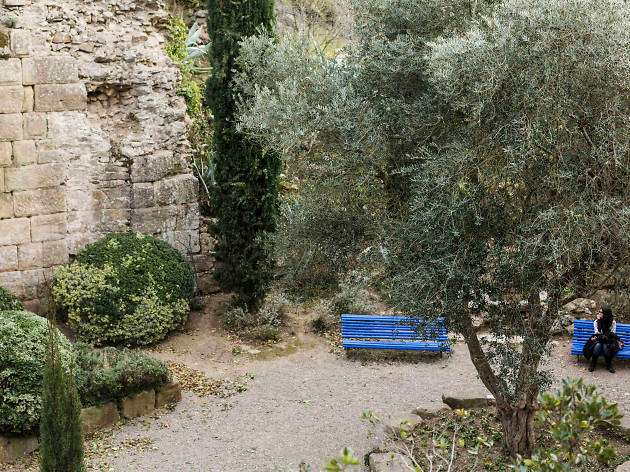 The German Gardens, in the heart of the Old Town, are full of history: you can still see the remains of the old barracks that were the residence for German soldiers of fortune who had been sent to Girona during the 19th-century Peninsular War. In the gardens you'll also find the Lightning Tower - if you climb up it (there´s a staircase to get to the wall), don't forget your camera because the views of Girona are amazing. And while the park is ideal for a walk, it also hosts lots of musical activities and historical reenactments from the Peninsular War. 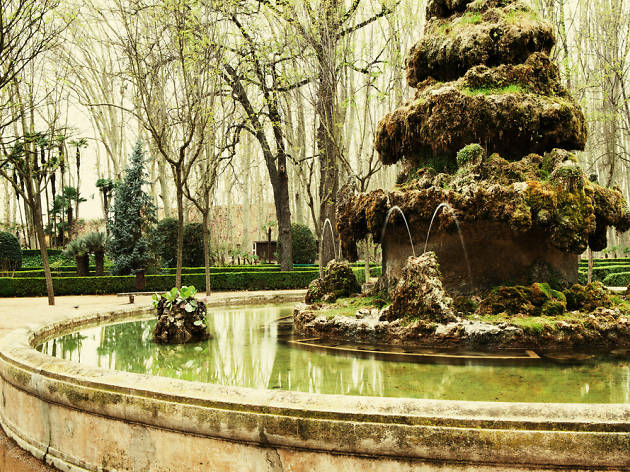 Devesa Park is the largest urban park in Catalonia and one of Girona's most emblematic spots. Located between the rivers Ter, Onyar and Güell, to the west of the historic city centre, it can feel like a place designed to welcome visitors who arrive on that side of Girona. The park contains more than 2,500 plane trees that were planted in 1850. Nowadays, the growth of the city has made its former sense of seclusion and distance disappear, and instead contributed to the park's integration into Girona. But it's still a great spot for walking and enjoying activities such as the Barraques during the Festival of Sant Narcís, the exhibitions and fairs at the Fira de Girona, and the market that takes place each Saturday. 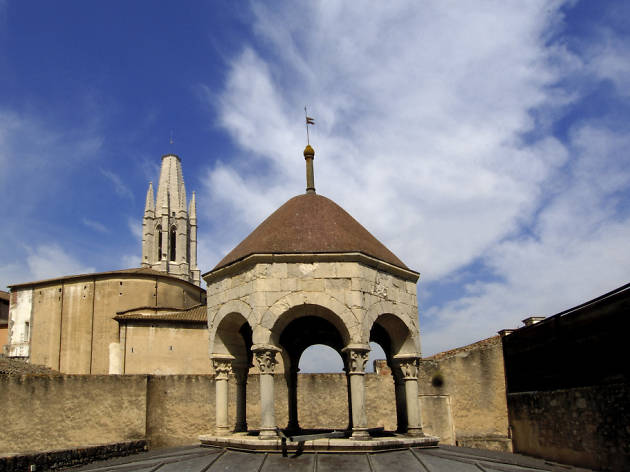 The Arab Baths in Girona were public baths from the Romanesque period that imitate Roman baths, Muslim baths and Jewish mikveh, a tradition that was recovered in the 11th century with the development of cities. The building is inspired by the typology of North African baths, but its architectural elements are clearly Romanesque: half-point arches, barrel vaults, Corinthian capitals in the 12th-century style, etc. The first documentation relating to the baths comes from 1194, when king Alfons el Cast (Alfons the Chaste) handed over the revenues from the building to Girona cathedral. The baths were demolished around the time of the 1285 siege and, shortly afterwards, Jaume II made a donation to Ramon de Toilà to rebuild them. They probably closed once and for all around the 16th century. 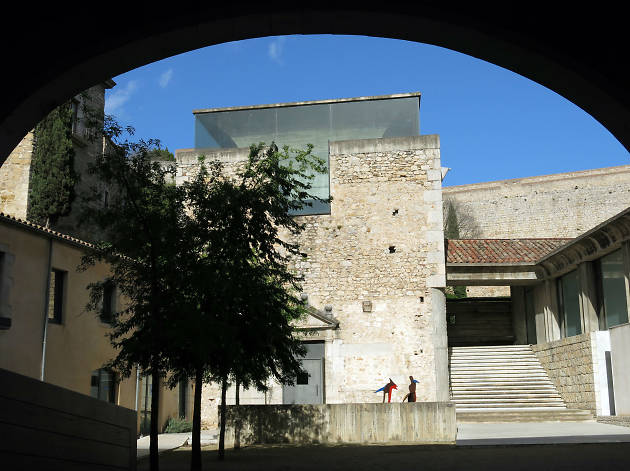 Alfons the Magnaminous (1396-1458) was so overcome with the beauty of the city of Girona that he decided to put up the region's first university there. The Edifici de les Àligues (Building of the Eagles, named in honour of the two-headed eagle that was the symbol of the Austrian dynasty) was to be the headquarters of the General Study of Girona during the 16th century. The Renaissance façade that's dominated by a large portal is the only element that remains from that period following a reformation carried out by architects Josep Fuses and Joan Maria Viader. As well as its service for the university, the building has been used as a prison and for housing military units.