Let’s face it, the sound of bagpipes is a pretty Marmite-y proposition – for every person who goes glassy-eyed at a stirring reel, there’s someone else who wouldn’t wish such dour tunelessness upon their worst enemy (admittedly dodgy buskers are mostly to blame for this). But we’re sure that Piping Live! will again do much to endear doubting listeners to Scotland’s national instrument as the annual Glasgow festival comes around again this week, assembling some of the finest pipers from all over the world for a week-long jubilee of droning. If you’re not convinced, here’s a round-up of ten occasions when the bagpipes crossed over into other, often unlikely genres of music and actually sounded pretty cool.

1. The White Stripes – ‘Prickly Thorn, But Sweetly Worn’
In honour of his family heritage (he’s Scots-Polish by descent) Jack White went full Scottish on this song from The White Stripes’ sixth and final album, 2007’s ‘Icky Thump’. Written about the thistle, the Scottish national flower, it features piping from London-born Pipe Major of the Tennessee Scots Pipe Band Jim Drury. 'Bagpipes are due a revival,' said White in an interview around the time. 'They a very somber instrument, very beautiful in the right context.' 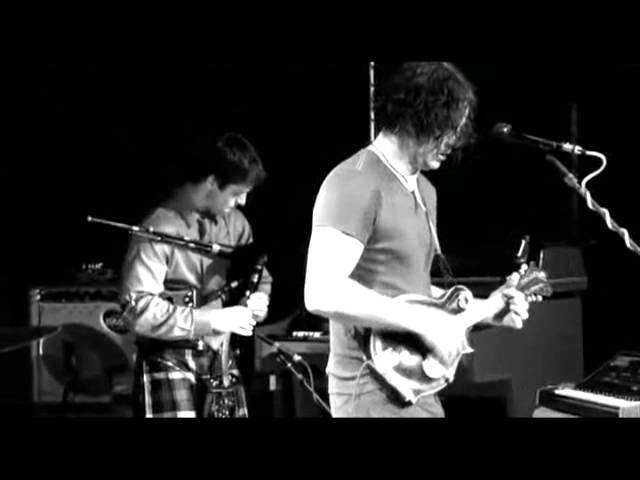 2. AC/DC – 'It’s A Long Way To The Top (If You Wanna Rock’n’Roll)'
An AC/DC song about rock’n’roll – who’d believe it! But what’s unusually novel about this tightly-wound opening track from 1975’s ‘TNT’ – a classic of the Australians’ Bon Scott-fronted, pre-megastardom era – is the inclusion of some distinctly strangled-sounding bagpipes. They’re played by Scott himself, who despite having no formal training clearly reckoned the pipes should come naturally to a man born in Forfar. It’s pretty genius. Also genius is this song’s popular schoolyard variant: 'It’s a long way to the shops if you want a sausage roll.' 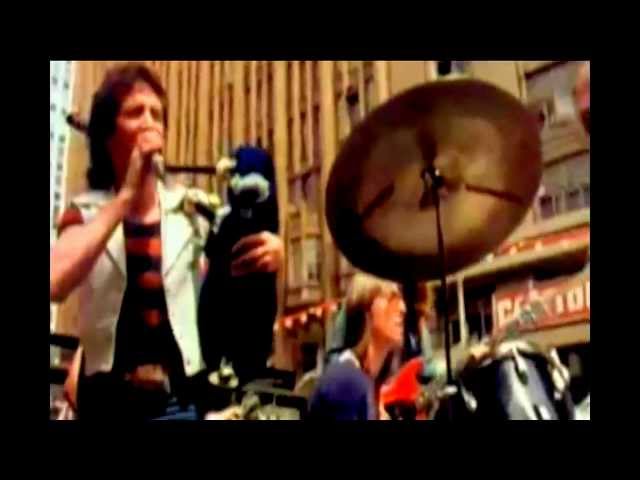 3. Belle & Sebastian – ‘Sleep The Clock Around’
Arguably the best track on Belle & Sebastian’s 1996 breakout third album ‘The Boy With The Arab Strap’ culminates in a gorgeous, swirling, swelling instrumental, the final minute or so of which is embellished by Fender Rhodes, trumpet, synthesiser and the dulcet sound of you-know-what. Who you calling twee? 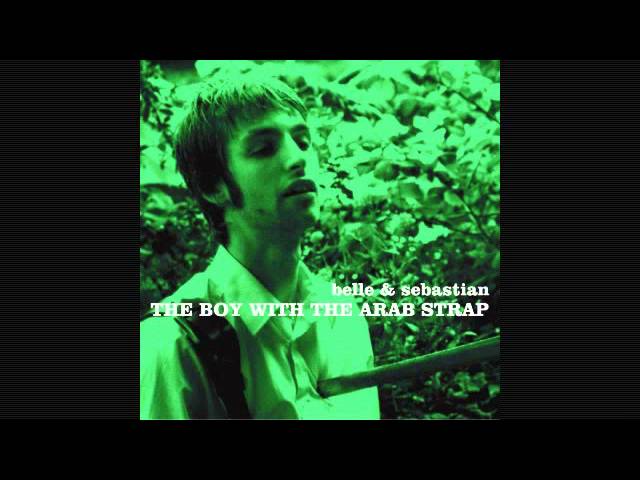 4. Kate Bush – ‘Night of the Swallow’
Of course Kate Bush used bagpipes on a song. Of course she did.

5. Neutral Milk Hotel – [untitled]
Okay so technically its uilleann pipes, Irish cousin of the bagpipes, that feature on this crashing instrumental track from American indie-rock godheads Neutral Milk Hotel’s much-worshipped 1998 album ‘In the Aeroplane over the Sea’. But one drone’s as good as another, right?

6. U2 – ‘Tomorrow’
Say what you like about the thoroughly past-it, iTunes-invading, falling off the stage at their big daft arena shows U2 of today (that clip never gets old). Way back when, they had their moments, of which ‘Tomorrow’, from their second album 1981’s ‘October’, was one. A sad song about Bono’s mum’s funeral (she died when he was 14), it features some dewy-eyed, mystical pipes (yes, technically more uilleann pipes, U2 are Irish after all).

7. Titus Andronicus – ‘The Battle of Hampton Roads’
Titled after a Shakespeare tragedy, and in 2010 responsible for a concept album called ‘The Monitor’ that used the American Civil War as a metaphor for the attritional battle against hum-drum modernity, Titus Andronicus are the thinking man’s punk band. The epic finale to said album, ‘The Battle of Hampton Roads’, is a fourteen minute epic with Celtic flourish. It’s inspired by Big Country (and you don’t see that written very often), and near the end, there’s, yup, a bagpipe solo. Takes a while to kick in, but it’s worth the wait (skip to 9.18 if you must).

8. Godspeed You! Black Emperor – ‘East Hastings’
Enigmatic Canadian post-rock band Godspeed’s cult classic debut album 1997’s ‘F♯ A♯ ∞’ features a whole variety of atmospheric found sounds and field recordings, perhaps the most haunting of which comes at the start of the 17-minute long ‘East Hastings’. A preacher man rants in the street to the sound of bagpipes reprising the theme of the album’s opening track ‘The Dead Flag Blues’. Definitely the coolest and creepiest bit of piping in this list.

9. Biffy Clyro – ‘Stingin’ Belle’
Hairy, shirtless and tattooed – Biffy Clyro look the way all Scotsmen should. And they’ve never flaunted their Scottishness more so than on ‘Stingin’ Belle’, the opening track to disc two of their 2013 double-album ‘Opposites’. Because it’s got bagpipes on it, obviously. Here they are gee’in it laldy at T in the Park backed by a real life actual piper, kilt’n’aw. 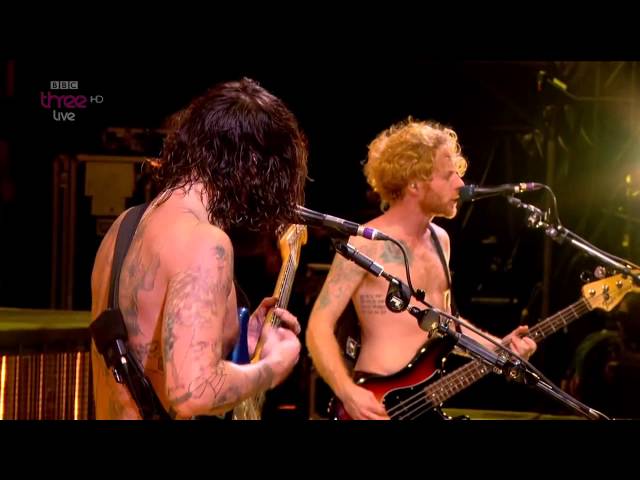 10. And finally, that time when Bob Dylan bought a set of pipes in Glasgow and said he was planning to learn to play…
No honestly, he did. We’re not sure if old Bob has been true to his word and actually tried mastering the pipes, but we hope so. However good or bad he may be, if anyone has heard his singing voice of late, the din can hardly be much worse. Though it may be as bad as this heavy metal bagpipe cover version of ‘Knockin’ On Heaven’s Door’.

Check out more music on Time Out Glasgow.