If you’re ever stuck for what to do in central Glasgow, just follow the River Clyde. Once one of the UK’s most active trade routes, this beautiful, glimmering, snaking thoroughfare is now lined with attraction after attraction. From world-class Glasgow museums to grandiose gardens, these landmarks offer a fascinating glimpse into the city’s rich industrial and maritime heritage. But that’s not to say the rest of the city lacks its fair share of impressive sights and architecture: it doesn’t. Whether craft beer bars, country parks or illustrious restored ships are more your thing, these are the absolute best Glasgow attractions. 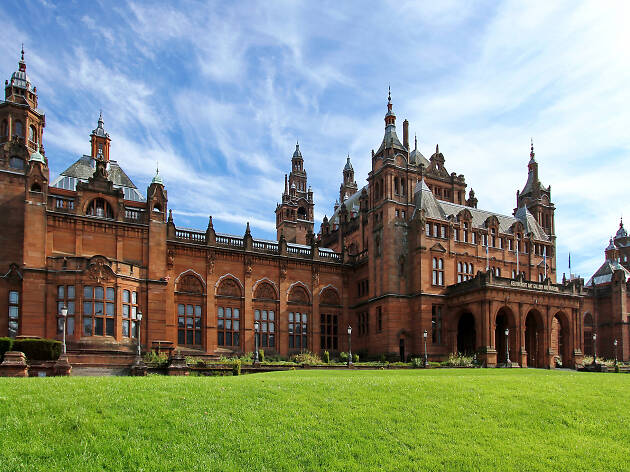 A magnificent and imposing mass of red sandstone and gothic-looking spires, Kelvingrove is Glasgow’s finest museum – and arguably Scotland’s too. The collection contains more than 8,000 pieces, which range from one of Europe’s greatest displays of civic art to a Supermarine Spitfire suspended dramatically from the ceiling. You’ll also find a world-famous assembly of arms and armour from throughout the ages, pieces from ancient Scotland and ancient Egypt alike, and various natural history exhibits showing off weird and wonderful beasts from across thousands of centuries. There’s a menagerie of more recently stuffed animals too, including Sir Roger the Indian Elephant, one of Kelvingrove’s oldest and most-loved exhibits (just try to stop the kids from spotting the bullet hole in his skull). 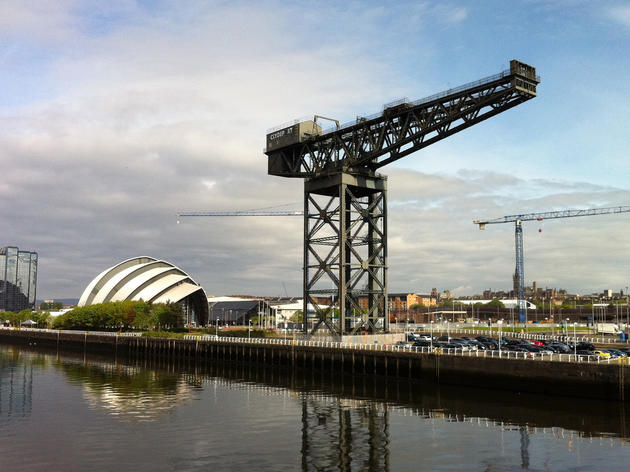 Has any single structure come to represent Glasgow more than the Finnieston Crane? Probably not. The giant grey cantilever crane is no longer in working order today. But it has been wisely retained and recontextualised in new proximity to such shiny modern buildings as the Armadillo, The Hydro, the Glasgow Science Centre and the BBC Scotland headquarters, as a potent and emotive 53-metre-high symbol of proud engineering heritage. It’s just one among several landmarks on the Clyde – the famous river around which Glasgow is built – which can be experienced along a relatively short walk from Glasgow Green, east of the city centre, upriver to Govan. 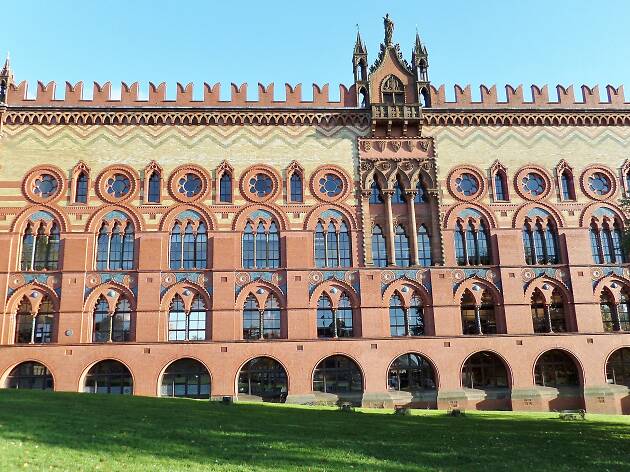 A double-take – perhaps even a triple-take – may be in order when you first set eyes upon the late 19th-century façade of the Templeton Building, or Templeton On The Green, to give it its full name. Even if this mindbogglingly grand red-brick structure (which was modelled on the Doge’s Palace in Venice) weren’t situated in a fairly barren pocket of east central Glasgow, nor marred by an ugly modern extension, it would still look almost as if it had been beamed from another dimension. As well as being worth visiting purely to gawp at the exterior, since 2006 the Templeton has also boasted a worthy tenant in WEST, a Bavarian-style microbrewery and beer hall/restaurant. 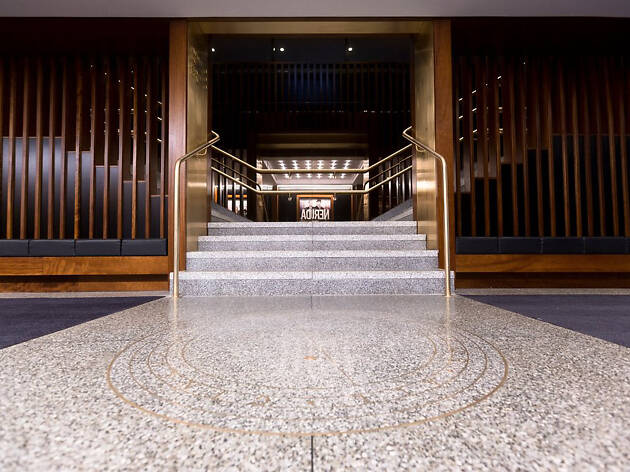 This remains effectively Glasgow’s last arthouse cinema – the number of picture houses in the city having rapidly dwindled in the second half of the twentieth century. But it’s in rude health these days, as a non-profit organisation supported by Glasgow City Council, under the umbrella of Glasgow Film. A third screen was added to the GFT in 2013 to maximise capacity, particularly during the booming annual Glasgow Film Festival every February, for which it operates as the main hub and buzzes with premieres and events. 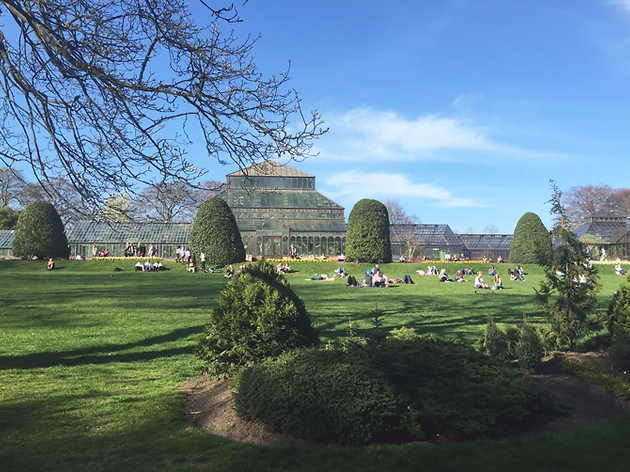 Originally laid out in 1841 to supply the University of Glasgow, the gardens were acquired by the City of Glasgow and made public in 1891. In 1873, the gardens’ defining building – the eccentric wrought-iron and glass-domed Kibble Palace – was erected, followed a few years later by the Main Range teak glasshouse. Both remain beautifully preserved, free to enter and filled with exotic plant life. The long west-facing green in front of the glasshouses teems with life on warm days – be it families, groups of students or yoga classes. 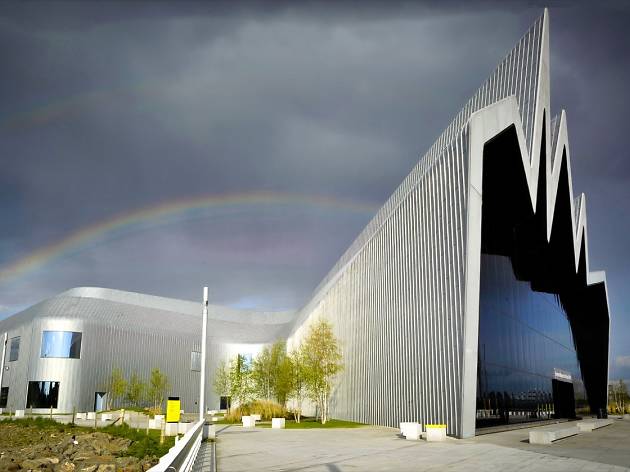 Intended as a gleaming symbol of modern Clydeside, rising from the post-industrial wasteland where shipyards once stood, the Riverside Museum has attracted scorn as well as accolades since it opened in 2011. This ambitious 7,500-square-metre zig-zag metal and glass structure, designed by Iraqi-British architect Zaha Hadid, won the European Museum of the Year Award in 2013. The 3,000-strong collection of objects detailing Glasgow’s rich past from its days as maritime powerhouse through to the present day really are engrossing. Skateboards, bicycles, prams, trams, rockets, boats and even a large-scale recreation of a cobbled old city street all feature. 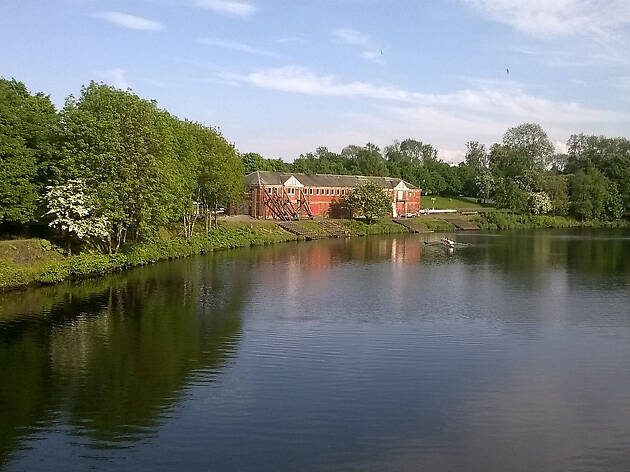 Given the medieval settlement of Glasgow grew up around the High Street and Saltmarket, from the cathedral in the north to the river in the south, then this open area of land adjacent to the Clyde can legitimately claim to be Glasgow’s oldest park. Over the centuries it has played host to Bonnie Prince Charlie’s Jacobite army, radical political meetings, sports clubs and a railway station – although that closed in 1953. More recently, it has been a venue for huge outdoor gigs and the World Pipe Band Championship. The People’s Palace, the city’s social history museum with attached Winter Gardens, must be the park’s centrepiece, but there’s plenty more to see too: the world’s biggest terracotta fountain, the Templeton building, a number of monuments, children’s play areas, an attractive pedestrian suspension bridge over the Clyde and a football centre with assorted grass and synthetic pitches. 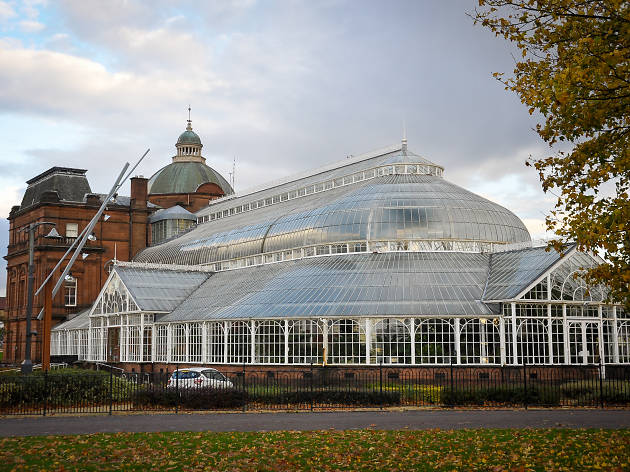 And here it is. This cultural centre for the people was opened in 1898, at a time when overcrowding and poor public health were at their worst in the East End of Glasgow. Since the 1940s, it has taught visitors about the social history of the city – from the 19th-century slums to its hosting of the 2014 Commonwealth Games, during which the ornate red sandstone museum and glasshouse sat proudly in the centre of the public hub on Glasgow Green. Come here, and through a wealth of artefacts, paintings, prints, photographs, films and interactive computer displays, you’ll learn a lot about how Glaswegians lived, worked and played in days gone by. 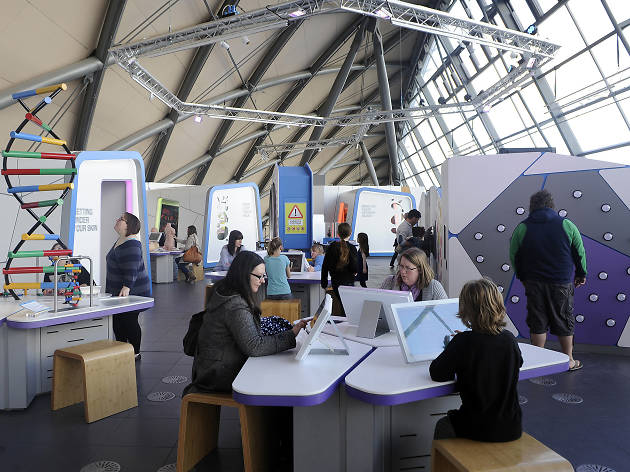 A futuristic, architectural flourish on the south bank of the river, this attraction comprises three buildings: the science mall, the Cineworld IMAX cinema and the Glasgow Tower. In the mall, there are educational exhibits that aim to inspire visitors – great for children – while the cinema shows short, science-related movies. The tower is an impressive 127 metres and can rotate 360°, giving great views of Glasgow, but has been plagued by problems since opening in 2001. Currently it functions in summer only – as long as it’s not too windy. 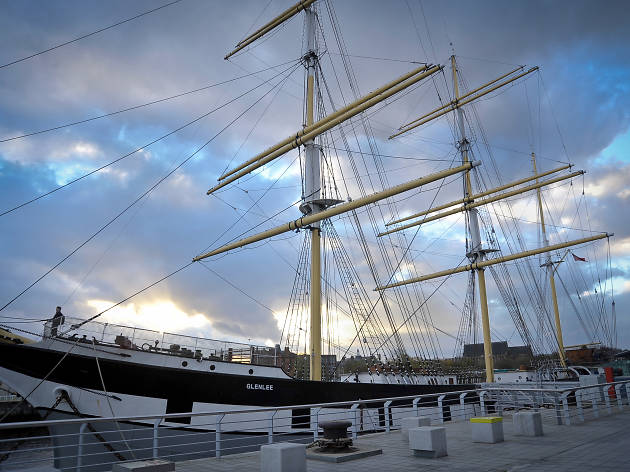 Sitting directly outside the Riverside Museum, although quite separate and with an entrance charge, the Tall Ship is a three-masted, steel-hulled barque built by a shipyard at Port Glasgow and launched in 1896. Named the Glenlee, she started her seagoing career as a cargo vessel, sailed round the world four times in the course of her work, served as a training ship for the Spanish navy from 1922 to 1969, changed name on several occasions, then was eventually berthed in Seville and allowed to fade away. Fortunately a naval architect spotted her potential and the Clyde Maritime Trust brought her home more than 20 years ago. Now fully restored, the Glenlee is a historically important museum ship and one of only five Clyde-built sailing ships still afloat. Her story would justify a visit on its own – the chance to look around this striking vessel is a handsome bonus. 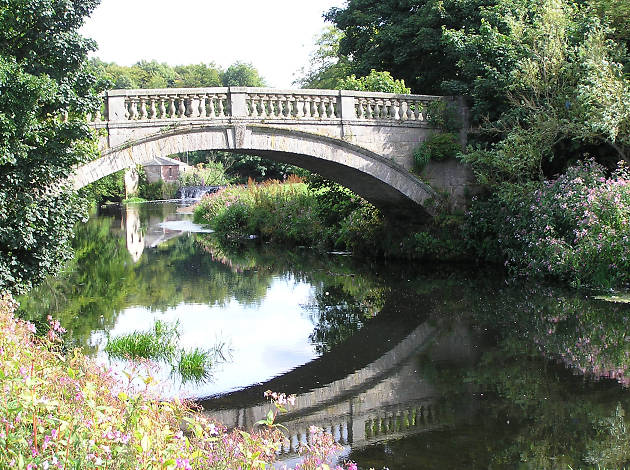 Glasgow can seem unremittingly urban most of the time but escape from the sandstone, concrete and internal combustion engine can be relatively easy: the Firth of Clyde and the great sea lochs and mountains of Argyll are fairly close by. If you want to stay in the city and seek some green respite, however, Pollok Country Park is an excellent choice. The park stretches out over 146 hectares and has various walks, an attractive walled garden, a woodland garden, Clydesdale horses, a pedigree fold of Highland cattle, three mountain bike circuits, a play park for kids and tip-top picnic spots.

Little ones making a fuss? 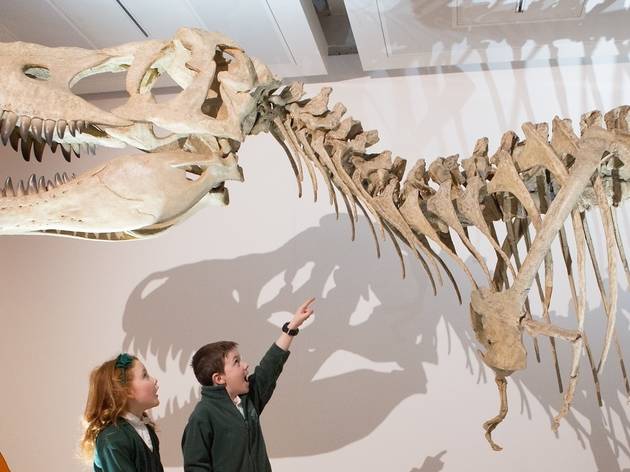 Glasgow offers all kinds of options for entertaining children,  whether you want to chill out with a coffee while the little dears scamper up a climbing wall, or do something educational in one of the city’s best museums...