This Time Out writer locked his phone in a safe and lived the cabin life for three days. Here’s why you should too

This year hasn’t been a good one to be an inveterate doomscroller. Swipe open your phone and you’re hit with constant bleakness: story after story, tweet after tweet, annoying Instagram post after annoying Instagram post that might well inspire you to throw every damn electronic device you own out the nearest window. And yet obviously you don’t. You just keep, keep, keep on scrolling.

So let me tell you about a short break I took towards the end of last year. As a test to see how long I could last phone-free, I went to a detox cabin.

Okay, sceptics, straight off: I hear you and agree that anything with the D-word attached is incredibly unlikely to be fun. Because what is a ‘detox’ but a purposeful negation of pleasure, turning the removal of something good into a product, a commercial con?

The suggested replacements are never any good, either. Detox smoothies – definitely not as delicious as beer. Detox tablets – definitely not as ‘cleansing’ as just, y’know, running yourself a bath. And now digital detox cabins? Oh, please. Just leave me alone and let me live my life, pal!

Except, though it pains me slightly to say it, I came away feeling the freshest I’d ever felt.

Let’s start at the beginning. I arrived at night, log burner already blazing. My cabin was a black box on a patch of flat countryside near London. I’d donned wellies, walked past fields of shuffling chickens and here, at the end of the path, was this beacon of cosiness, the kind of place you might expect to stumble upon in a Swedish or Norwegian forest. Less so an anonymous, slightly out-of-the-way British farm.

Inside: a huge, immensely comfy bed. There are pot plants – some company, at least. Up on a shelf I find a Polaroid camera and a tape player with ‘Speaking in Tongues’ by Talking Heads ready to go – an excellent soundtrack to social isolation if ever there was one. And yup, right there on the table: the safe.

I’ve been instructed to leave my phone in here on arrival. So it’s one last dreary scroll –  texts, emails, headlines, a few Insta stories – then it’s off and in with the phone. My 48-hour experiment in disconnected living begins.

It’s a peculiar feeling. Time stretches out like the most luxuriant blanket you could imagine, feeling as infinite as any social feed. You start to enjoy things you’d never normally think of. When I wake up on the first morning, I draw the blinds and for a good half-hour simply observe the comings and goings in the neighbouring field. No humans, of course – just pheasants. A mist palls the woodland at the edge of the field; a buzzard swoops; a procession of smaller rambling birds join the pheasants. I never usually think to just… look at things. But let me tell you: it’s pretty great. The only sound I can hear is my own breathing, and it’s pretty lush.

I wander around nearby villages with the aid of a proper, physical map. I write stuff down in an actual notebook using an actual pen. I make some pretty complicated meals like meatballs and fish tacos, cooking by memory and instinct. To start, it’s kind of anxiety-inducing not being able to know what else is going on in the world. But by the end, it’s kind of soothing.

It helps, of course, to have plenty to do to fill the void. Cooking in a cabin eats up time; so does keeping the fire going. It’s also no bad thing that this particular spot is so charming: the shower is better than the one in my bricks-and-mortar flat. The kitchen is admittedly cabin-sized but supremely well-equipped. The views are incredible. I feel like I’m living in a much-liked Instagram photo, except I can’t actually take any Instagram photos.

So, yes: it only took one weekend for me to be completely won over to the #digitaldetox cause. But I think what really made me feel healthier and more relaxed that weekend wasn’t chucking my phone in a box. It wasn’t even not checking Slack and email all weekend.

Rather, it was finding pleasure in other, simpler activities I usually don’t even think about. It was writing down my thoughts, listening to a properly banging record all the way through, spending hours and hours cooking. Now I know I can change my state of mind any day just by taking things a little slower. And I can do away with the D-word entirely.

Huw stayed at the Unplugged Cabin near Saffron Walden, Essex. 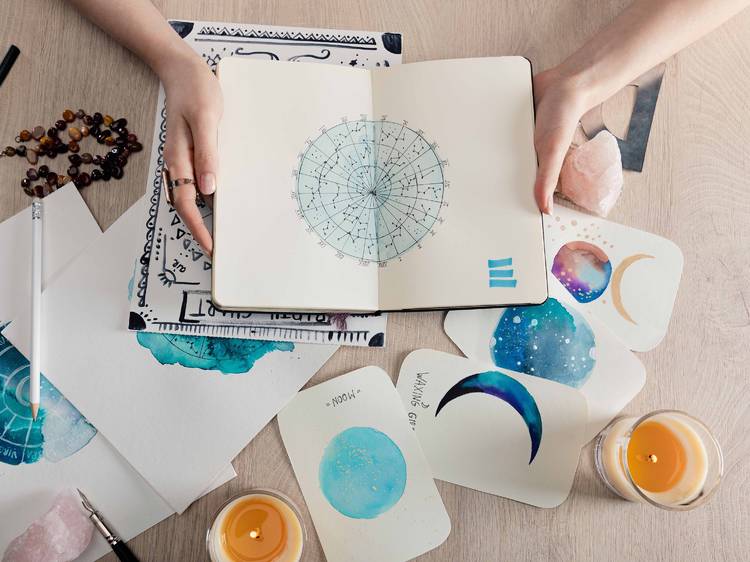 We’re ditching diet culture and focusing on these well-rounded wellness trends in 2021.