It’s hard to grasp just how big Houston is until you visit. Home to more than 2 million residents, Houston is the fourth most populous city in the U.S. Geographically, the square footage of the metro area is larger than the state of New Jersey. It’s one of the most diverse major cities in the country with no racial majority and nearly 150 languages spoken. And its $500 billion gross domestic product is higher than that of some European nations.

With hundreds of cultural institutions, historic sites, and entertainment venues, it’s hard to whittle down to a list of just 20 attractions. These spots reflect Houston’s rich cultural diversity and history, and are a sampling of the countless sites and events to visit throughout the year. The following locations were selected based on its popularity among locals and connection to the city. While some are fairly predictable, others might surprise you—just like the city itself. 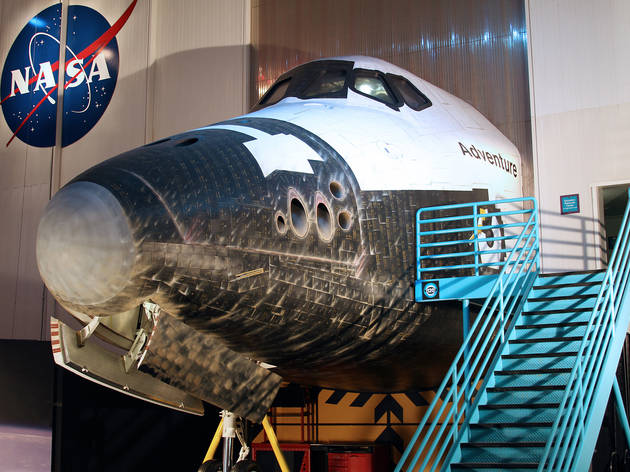 Space Center Houston is the museum and visitor center arm of the Johnson Space Center.  Established in 1961 under its former name, the Manned Spacecraft Center, this 1,620-acre complex is why Houston bears the nickname “Space City.” It’s where lunar missions were controlled, astronauts are trained, and future space flight technologies are being developed. The JSC isn’t only where history happened, it’s also where it’s made.

While the static displays chronicling advances in spaceflight are remarkably impressive, the Space Center is full of hands-on experiences. You can eat lunch with an astronaut, climb into a simulated Orion capsule, and witness engineers and scientists working on new and developing tech for space exploration. It’s a bit of a hike to get to (about a 45-minute drive from downtown Houston), but it’s worth the trip. 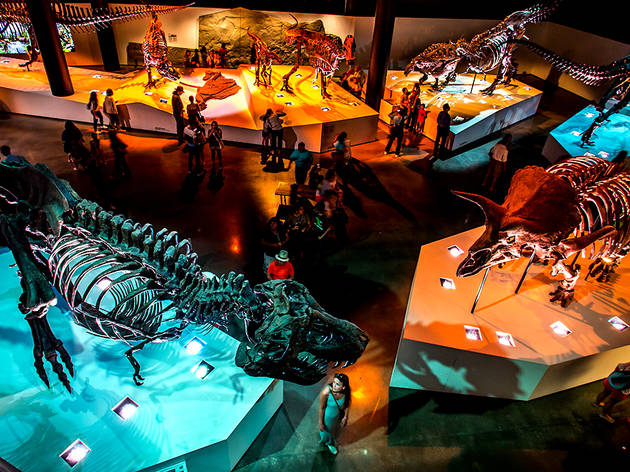 Founded over a century ago, the Houston Museum of Natural Science is one of the oldest cultural institutions in the Museum District. The museum is home to several interactive permanent displays, as well as a constant rotation of traveling exhibitions, a planetarium, and an indoor butterfly garden. But the most popular stop inside the HMNS is the Morian Hall of Paleontology. The massive exhibit spans 3.5 billion years of history and features dozens of mounted fossils accompanied by realistic renderings of the animals displayed. Visitors can marvel at a megaladon chasing an elephant, multiple tyrannosaurus rexes, and even a giant prehistoric sloth. It’s a dinosaur lover’s dream. 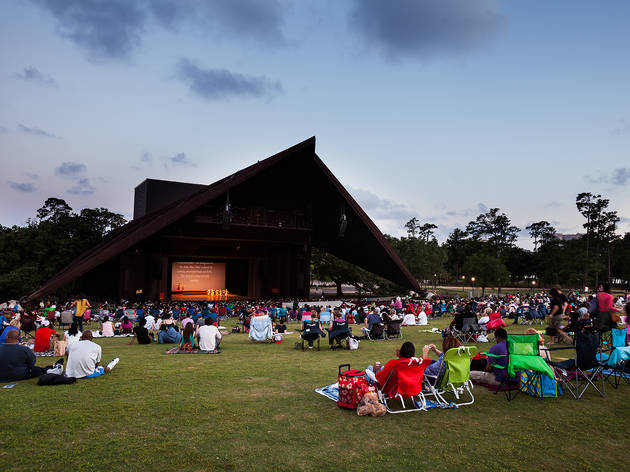 From March to October, Miller Outdoor Theatre offers a wide range of performances—from concerts to stage productions and movie screenings—and tickets are always free. Even if you don’t snag a stadium seat, you can always pull up a blanket and watch from the hill overlooking the stage. The theater has undergone multiple renovations since first launching almost a century ago, but the iconic peaked roof is a mainstay in Houston’s bustling Hermann Park. Every summer, the theater partners with the Houston Symphony to offer the Summer Symphony Nights series, an annual tradition at Miller for decades and a favorite among Houstonians. 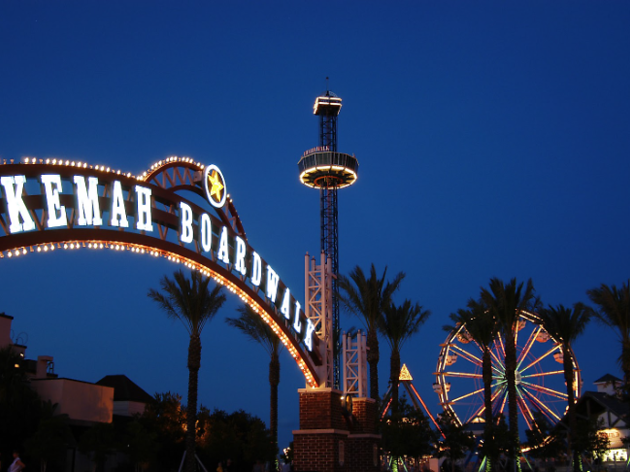 This amusement park overlooking Galveston Bay is a thing of childhood dreams. Kemah Boardwalk features jaw-dropping thrill rides like roller coasters, spinning swings and free falls, as well as tons of gentler rides for younger kids and mild-mannered parents. A 65-foot Ferris wheel offers a great view of the water and an adrenaline-inducing boat ride races passengers around the bay at breakneck speeds. Along the boardwalk, visitors can fuel up at a number of restaurants and shops before heading back out to play carnival games or partake in hands-on exhibits. It’s pure, unadulterated fun, and a great stop for families in particular. 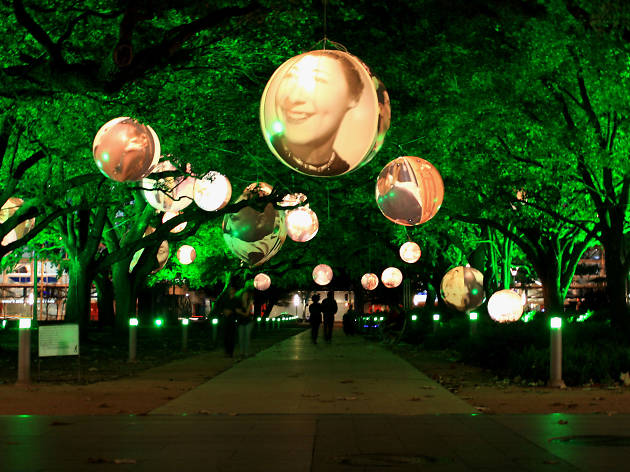 Despite Houston’s reputation for being a sprawling mass of concrete and taillights, the city has a ton of green spaces, including one right in the heart of downtown. Discovery Green opened in the spring of 2008. Since then, this 12-acre park has become one of Houston’s most popular Inner-Loop attractions. In addition to a playground, interactive fountains and several gardens, the park also has events nearly every day of the week, including free exercise classes, concerts, movie nights and art installations. One of the best times to visit the park is in the winter when part of Discovery Green turns into a winter wonderland, complete with an outdoor skating rink. 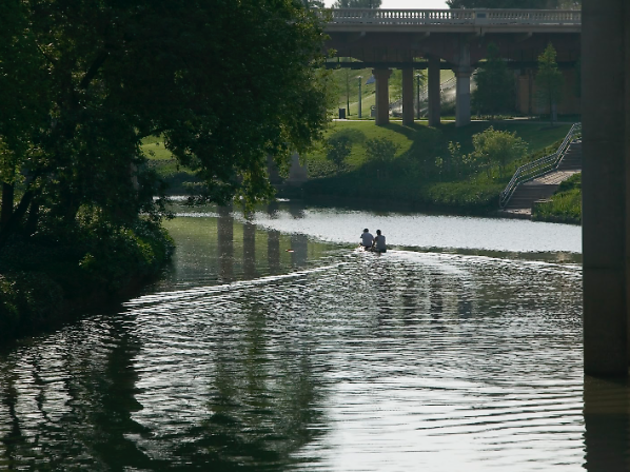 Tucked away beneath the city streets, Buffalo Bayou Park is a lush oasis inside Houston’s Inner Loop. The park features miles of hike and bike trails, a dog run, and skate park, but the real highlight is the bayou itself. Kayaking down the twists and turns of this waterway is an exhilarating way to experience Houston. Paddle through the city’s Memorial Park, past the affluent River Oaks neighborhood, and under bridges and bat colonies to see a breathtaking view of the downtown skyline you can’t see anywhere else.

The bayou took a beating during Hurricane Harvey when heavy rains and brimming reservoirs made the water overflow its banks. While much of the park is back to where it was prior to the storm, it’s still a good idea to check the park’s website before visiting as it is prone to flooding any time of year. 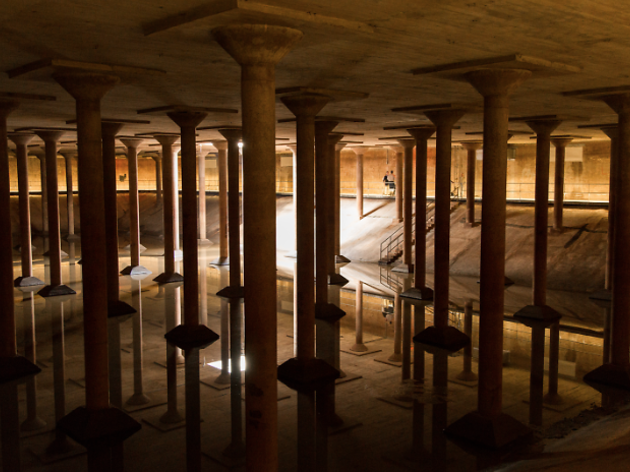 Buffalo Bayou Park is home to another great attraction: the park’s cistern. Once a water reservoir for the city of Houston, this underground cavern is now an architectural landmark. Hundreds of towering columns fill a space so large it takes 17 seconds for an echo to bounce off the far wall and make it back to you.

The reservoir was built in 1926 and served as part of the city’s water system for decades before an irreparable leak led to it being decommissioned and ultimately abandoned in 2007. A few years later, the cistern was “rediscovered” during the creation of Buffalo Bayou Park, and since then, the gritty, industrial beauty of the space has made it a favorite for local artists and photographers. 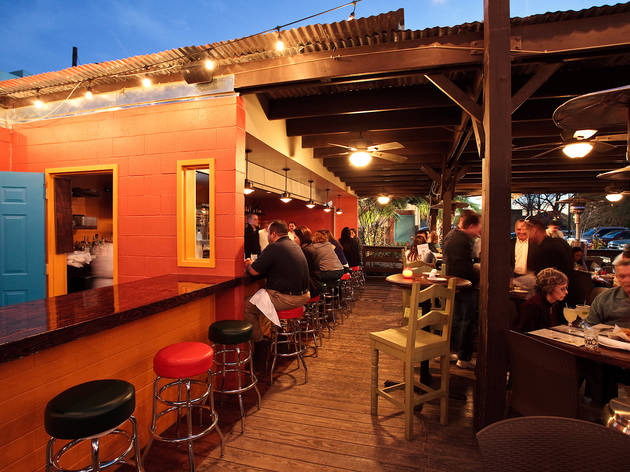 In a city fueled by breakfast tacos and queso, the Original Ninfa’s on Navigation is something of a historical treasure. Founded in the early 70s by Ninfa Laurenzo, a widow with five children, the restaurant is widely considered to be one of the best Tex-Mex eateries in the city. As legend would have it, this East End restaurant introduced Houston to the fajita—then referred to as tacos al carbon—revolutionizing modern-day Tex-Mex. The chargrilled strips of beef wrapped in a warm, flour tortilla that started it all is still available on the menu, and ordering them has become a rite of passage for locals and a must-try for visitors. 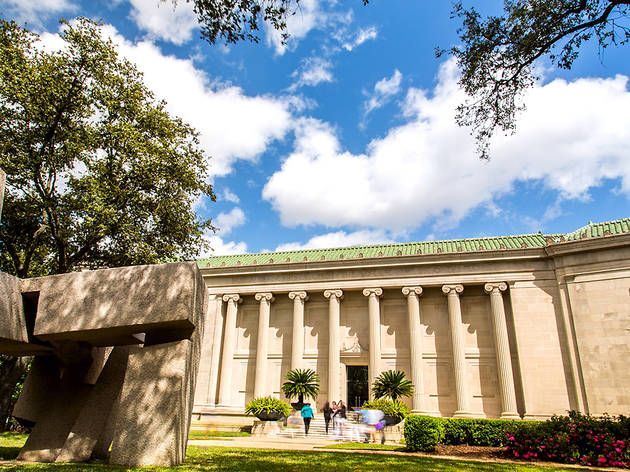 With more than 65,000 pieces of art spread out over multiple campuses, the Museum of Fine Arts, Houston is one of the largest art museums in the country. The permanent collection features pieces from six continents spanning thousands of years and myriad genres, and temporary exhibitions always offer something new and interesting to see. Be sure to swing by on Thursdays for free admission all day, and a happy hour that starts at 5 p.m. Visitors can grab a drink or exhibition-themed cocktail at the bar and a bite from a visiting food truck before taking in the museum’s collections. 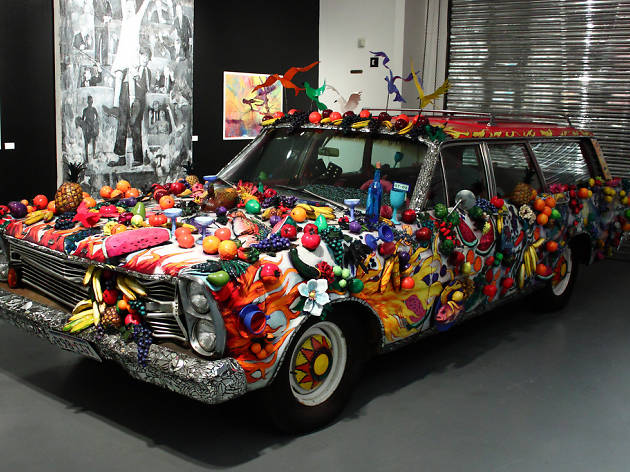 A quirky take on contemporary art, the Art Car Museum features a rotating selection of elaborately decorated cars, paintings, and sculptures by artists who might otherwise be snubbed by more traditional cultural institutions. The museum was founded in the late '90s as a nod to Houston’s art car movement and to raise public awareness of the cultural and personal aspects of art. The museum isn’t afraid to take on political or even controversial issues, and features an annual “open call” to anyone wanting to submit their artwork. The resulting uncurated exhibition, which runs every fall, is often a lively dialogue on a culturally relevant topic. Art lover or not, this site is a nice change of pace to the traditional art museum.