Where to find authentic Jewish dishes from around the world

Over the last 10 years, Israel has become the bucket-list destination for informed foodies. At turns derelict and utterly magnificent, Tel Aviv, the capital of contemporary Israeli cuisine – light, Mediterranean fare that draws inspiration from the Palestinian kitchen, hyperlocal, seasonal produce and the diverse culinary roots of individual chefs – is home to an electric restaurant scene that is enticing globetrotting epicures.

While Israel’s star-studded chefs and restaurateurs – Eyal Shani, Meir Adoni and Assaf Granit, to name a few – deserve much of the credit for placing it on the culinary map, it is the country’s no-frills ethnic eateries, purveyors of traditional dishes from around the Jewish world, that offer an authentic, remarkable taste of Israeli life born in the Jewish communities of Europe, South America, Asia, the Middle East and Africa. These mostly family-run enterprises are sustained by ironclad recipes passed down through generations. 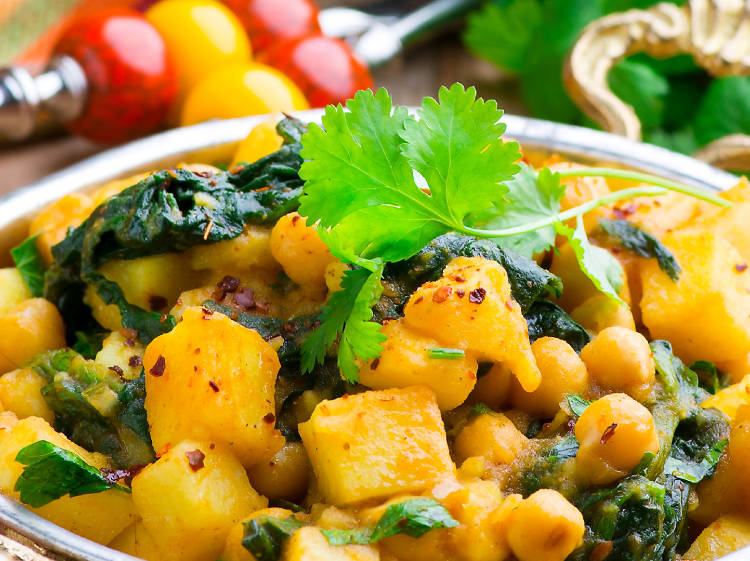 Located a 40 minute drive from Tel Aviv, lies a jewel of an Indian restaurant located in Ramle. Deby Mumgurdookhit, who arrived in Ramle as a new immigrant in 1995, set out to change the status quo about the common Israeli complaint of the utter dearth of quality Indian fare in Israel. “I had not a penny to my name, very little Hebrew, but I knew how to cook, and I saw an opportunity to rebrand a restaurant – then owned by Indian Israelis – and I took it,” she says, referring to Maharaja. While raised in Mauritius, Mumgurdookhit hails originally from the Jewish community of Bombay, and her cooking reflects the traditions of her mother and her grandmother. “The malay kofta, a spicy, creamy curry with paneer cheese balls, and the aloo gobi, a dry curry of potato and cauliflower, are particular favorites with the students and young people who drive from Tel Aviv and Kfar Saba to eat here,” says Mumgurdookhit. “We also serve a delicious thali, a daily selection of different curries served with chapati flatbread bread and rice. It is also very popular.”
Read more 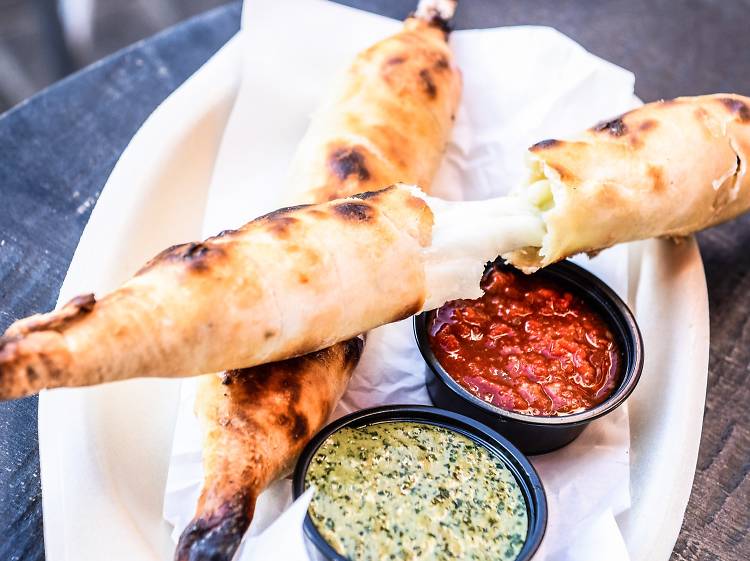 In the heart of Jaffa, this traditional Georgian restaurant, named for owner and musician Mickey Mirel’s band, is dishing out steaming khachapuri, the ultimate cheese-filled bread; khinkali, fragrant soup dumplings; grilled meat skewers and assorted vegan-friendly courses that star vegetables and nuts. “You might define Georgian food as East meets West,” says Mirel. “It is the most exotic cuisine in that it offers the most interesting combination of flavors and spices. And patrons are rewarded with a live weekly performance of contemporary Georgian music. 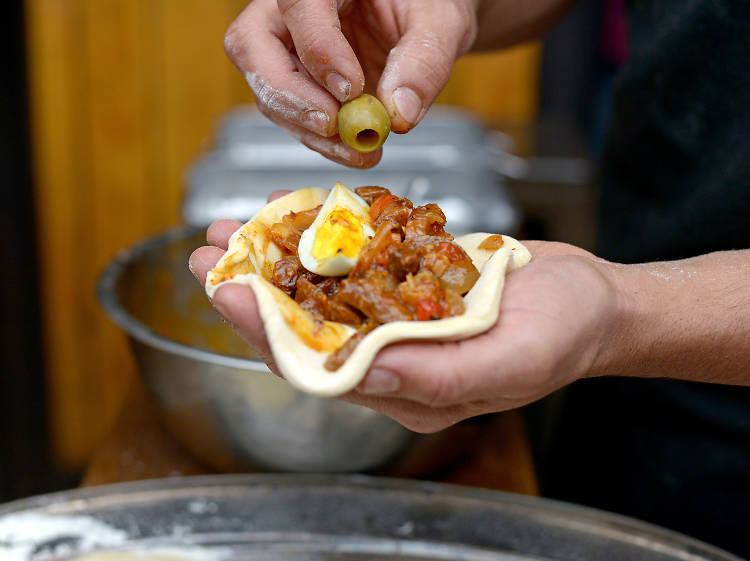 Lucas David Zitrinovich arrived in Israel from Argentina in 2005 as a lone immigrant, hungry for a home. Since then, he worked his way up to the top of some of Israel’s finest restaurants, including Jerusalem’s illustrious Sadna, all the while longing to return to his Argentinian roots. “I feel that people are really looking for small places with a lot of heart and a lot of warm hospitality, places that remind them of home,” says Zitrinovich. “This is Argento.” Warm, convivial Argento, situated smack in the middle of the Iraqi section of Jerusalem’s Machane Yehuda Market, serves top-notch, handmade empanadas, flaky homemade dough stuffed with a variety of enticing, savory meat and vegetable combinations. “Undoubtedly, the most popular dish is the veal empanada, the recipe for which my grandmother passed down many years ago,” says Zitrinovich. 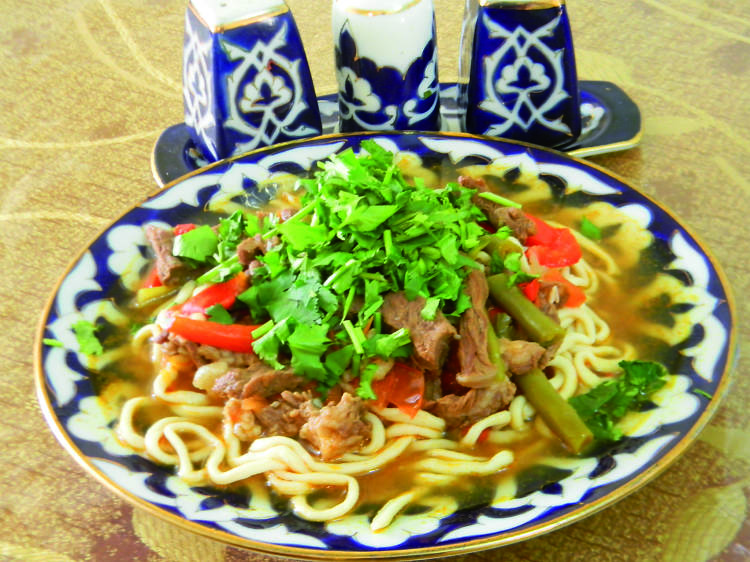 Set in Tel Aviv’s Shapira neighborhood, Hanan Margilan is a great place to get acquainted with the meat- and soupheavy Central Asian Bukhari kitchen. This family-owned restaurant is so overwhelmed with visitors, you will often find yourself waiting for a table – but, no matter, the wait is worth it. Dive straight into the dushpara soup, a thin flavorful broth with fluffy meat dumplings, and the oshpolov, a golden meaty rice dish. “We are a very small, family-oriented restaurant, without much of a staff,” says Artur Haminov, son of Ziva Haminov, the restaurant’s owner. “We have a very high quality product, and have no desire to water it down just to draw in more and more customers. Our story is a simple one – of family, of excellence, of loyalty.” 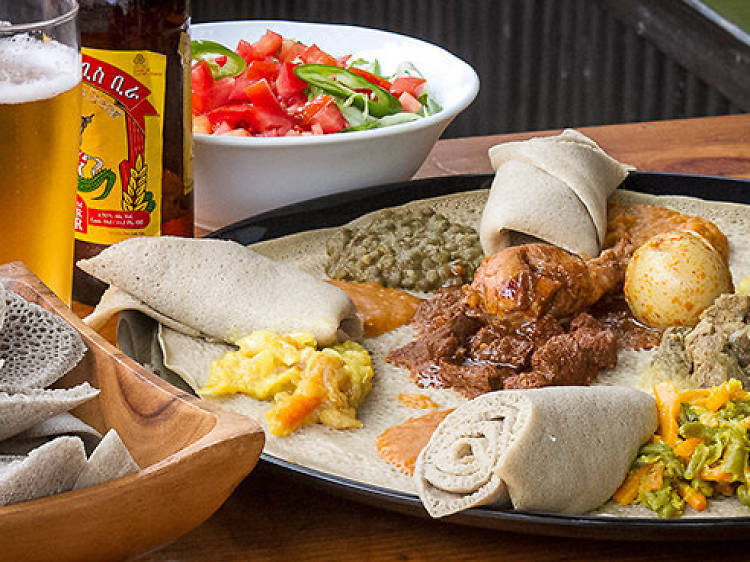 Fanta Frada arrived in Tel Aviv from the desert city of Kiryat Malachi 17 years ago with a suitcase and a dream: “I wanted to introduce Israelis to Ethiopia – its food, its colors, its textures and its flavors,” she says. “I wanted to be an ambassador, to open people’s minds.” Frada’s Balinjera, a play on the words “ba li” (“I want” in Hebrew) and “injera,” the national dish of Ethiopia, a sourdough, spongey flatbread, serves mostly traditional vegetarian Ethiopian dishes. Frada also recently opened an Ethiopian art gallery next door. Nearly all of the dishes are served on injera with seven helpings of spiced stews featuring lentils, chickpeas, green beans and other veggies. “My mother’s recipes are the basis for the menu here...and I add my own signature spice mix to every dish.” 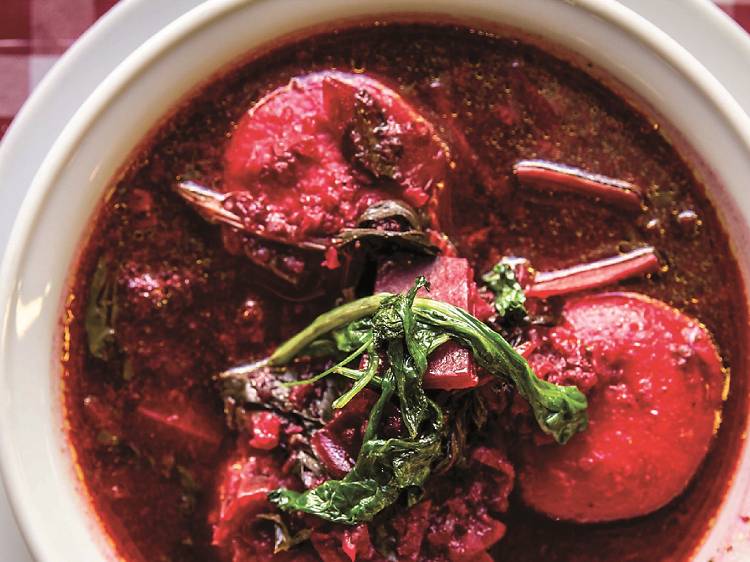 What Ezra Shrefler began in 1952 as a lone Turkish-Syrian food stall in Jerusalem’s Machane Yehuda Market has since germinated into a family empire, with two venues in the heart of the Iraqi section of the market and an additional location in Tel Aviv. Nir Shrefler, Ezra’s son, now manages the Jerusalem locations. “My father has the gift. It is inborn. He knows how to make delicious food. He came up with golden recipes, which we continue to use today.” One such recipe, a favorite among regulars, is the roasted eggplant cooked with ground meat, pine nuts and cinnamon. “We like to offer our customers a taste of what we eat at home,” he says. 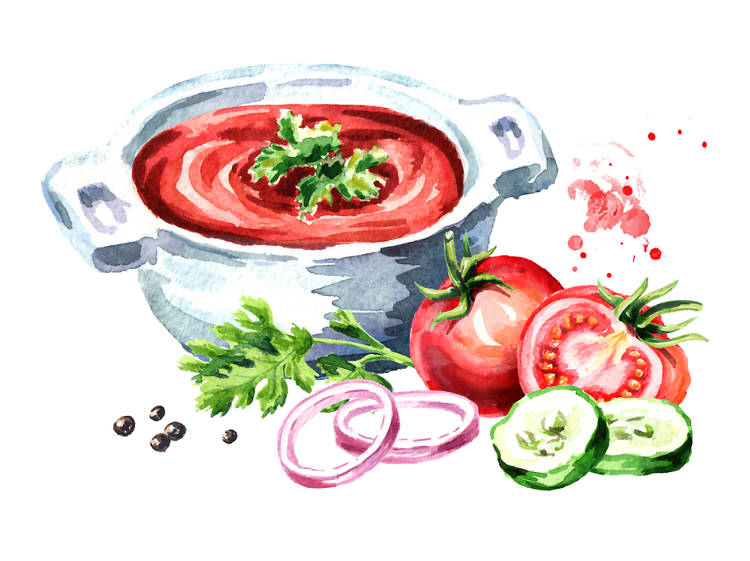 7. Shimon, The King of Soups

Deep in the trenches of Tel Aviv’s Yemenite Quarter, which hugs the city’s Carmel Market, is a barebones dive serving some of the best Yemenite food in the country. Manning Shimon, The King of Soups is Yonit Saada, the late Shimon’s daughter, who is hard to pin down for more than a moment’s conversation. “What draws people is my energy, my personality,” she says, stirring a pot of Yemenite chicken soup. “I have a basic recipe but I cook with my eyes. I can tell by the color of the soup that it’s done.” Popular dishes here include the calf foot’s soup, the oxtail soup, the rice and beans and the spicy meatballs. Every main dish comes with a side of foamy, somewhat glutinous hilbeh, a fenugreek hallmark of Yemenite cuisine that is fabled to be a panacea of sorts, fiery green schug, a popular chili condiment, lahoh, the Yemenite pancake-like bread, and saluf, traditional Yemenite flatbread.