The title of your exhibition is Everything is Awesome, yet the works on display are rather dark. What inspired this contrast?
“You’re right, the exhibition did end up being somewhat dark. Everything is Awesome is actually a popular hashtag on social media. In this show, I focus on the pornography of consumption and the iconography of the modern-day middle class. As it happens, capitalism is sounding alarm signals all over the world, but the situation is much more cataclysmic in countries like ours, where the most kitsch versions of capitalism are experienced. We’re surrounded by violence, death, dishonesty, homophobia, ignorance and a lack of empathy. Despite all this, social media – which is, in a sense, our tool of personal communication – there’s a constant state of pseudo happiness and ecstasy. This paradox really intrigues me. I should also clarify that I certainly don’t consider myself cut off from this madness. What we’re experiencing is collective hysteria.”

Could you tell us about the works on display?
“Two video installations make up the biggest part of the exhibition. The first of these is my Rorschach Project, which focuses on the improvisational music created by four musicians – who were theretofore unaware of each other’s participation – upon viewing an animation they saw for the first time in their lives. I layered these separate sounds in a four-minute, five-channel video. The video premiered last August in a show hosted by Gaia Gallery at the 12thInternational D-Marin Classical Music Festival in Bodrum. The second video on display is TheCircle Jerk, which premiered last May at LOOP Barcelona. That one is a ten-minute, seven-channel video about a job interview. I also created several digital prints inspired by this video. You’ll also get to see nine other works, some from my earlier St. Celebrity and Gymferno series and a few from my new Look Mommy, I Am A Grown Up series.” 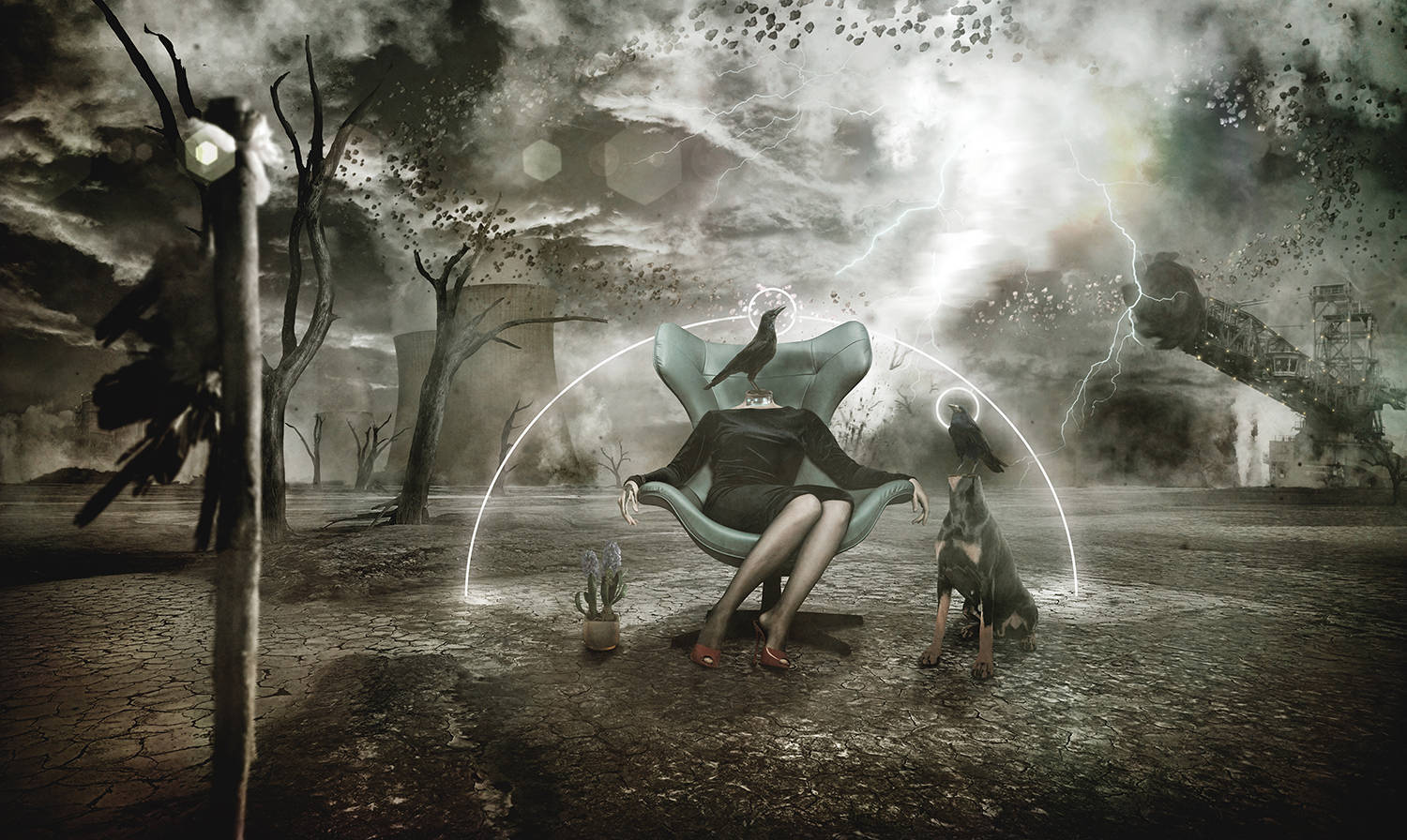 “We're surrounded by violence, death, dishonesty, homophobia, ignorance and a lack of empathy”

Your St. Celebrity series is fascinating. How did you get the idea for it?
“St. Celebrity is my take on the saints depicted in Orthodox iconography. Back then, iconographers claimed they were simply intermediaries who only painted what God wanted them to paint. I view the pornographic madness of exposure and consumption in social media as people creating their own icons, in a way. While the saints depicted in traditional iconography must go through seclusion, submission, wisdom and suffering, only to achieve their holy status posthumously, the icons of today manage to stay relevant through exposure, a sense of pleasure and the false courage that stems from ignorance. On the other hand, traditional iconography generally doesn’t depict the painful, destructive aspect of religion. You always see heroisms and miracles. This is done to win over new followers and make them believe they’re enduring the evils of this world for a holy purpose and everlasting happiness. This is exactly similar to how we see everyday pleasures depicted in the images we expose on social media instead of the war, fascism, destruction and collapse surrounding us… While St. Celebrity represents a deliberate and perfected fabrication regarding how we want to portray ourselves to the outside world, Gymferno deals with the effort we put in to attain this status. It’s about the things we do today to draw attention to ourselves or look younger, like plastic surgery, sports, social media or shopaholism.”

Marcus Graf wrote an essay for the exhibition catalogue in which he calls our era “The Age of Mega-Materialism and Optic-Opium.” What are your thoughts on that?
“I think ‘Age of Optic-Opium’ is especially fitting. Nowadays it’s as if we derive more pleasure from showing that we had a particular experience than we do from the experience itself. Doing strange things like sharing the image of a meal before we sit down to eat, or sharing photographs and videos from concerts instead of focusing on the music, is the new ‘norm.’ On the other hand, our agency is restricted, so consumption and the display of consumption create a false sense of accomplishment and satisfaction. Even the most sensible among us believe they can change things for the better simply by typing their name on a website, unfortunately.”

As we’re bombarded with millions of images each day, whether from the screens of smartphones, laptops or TVs or through various advertising media like billboards, how do you manage to keep your visual memory clear of this pollution?
“I think this question also has to do with information pollution in general. Unfortunately, there’s no way to be completely free of this pollution. My situation is particularly grim, since I also use the computer to create my works. Perhaps we can try to manage the information we’re exposed to, but there’s another danger in doing so: you’re then exposed to a unilateral flow of information that suits your point of view, which I believe further polarizes people and amplifies even the smallest difference of opinion. I’m learning to detach from this pollution at times through ‘simple’ distractions like sports, travel or art.”