According to Maksut Aşkar, one of the minds behind neolokal, it is very possible to save organic and socially responsible eating habits in Istanbul. He is not the only one refusing to let traditional agriculture follow the way of the dinosaurs. Joined by members of Gastronomika, Turkey’s Slow Food movement, Defne Koryürek and Mehmet Gürs, the group have become local food heroes, long defending the cause of local cuisine wherever it is in mortal danger. Actually, Aşkar gets his supplies from a farm located just 20 kilometers outside the city, in Gümüşdere. It harvests the best produce from the four corner of Turkey following the principles of sustainable farming, and one of the ideas behind this project is to produce the exact quantity needed for his restaurant. Aşkar’s previous restaurants, LilBitz and Sekizİstanbul, have always carried the philosophy of ‘going back to our roots’.

Aşkar explains how his latest project relates to this noble endeavour. “We’re getting ready to apply to neolokal what we’ve been developing for the last three years in our other establishments. With LilBitz, we were just trying to get our message across, which implied going back to our roots and forwarding the idea of community spirit and collectivity. Then, with Sekizİstanbul, we thought we would apply this concept to global classic dishes that we added to our traditional menu of local recipes and signature dishes.

The idea was to show our clients that what they considered the essential taste of these world-famous dishes was actually different from what they were used to. For example, we prepared the penne arabbiata only with tomatoes picked freshly during the right season. Then, we started to diminish the part of world cuisine on our menu and focused on local flavors. After three years in this process, we only had food that used local produce, hence, we decided that our food was genuinely ‘neolocal’. On top of that, we only stored local wine in the cellar – a fact that earned us a lot of respect.” Neolocal’s second mission is to teach the Turkish public that there is more to life than simply kebabs. Aşkar explains that only by going back to natural and local ingredients, will Turkey be able to get its cuisine where it needs to be. “ We learned the best things about our cuisine from our mothers. However, when we want to introduce tourists to Turkish cuisine, we take them to places that usually serve pale imitations, whereas these dishes deserve to be prepared in a more refined way. Turkey also suffers from an attitude that puts being full above everything else. Essentially, you could say that Turkish cuisine has gone through a long period of degeneration. To make the best out of our cuisine, we have to follow our history, culture and tradition. We can only return to this path by cooking with ingredients bought straight from the surrounding areas, knowing where it comes from and developing an appreciation for such things as the ideal picking seasons, and so on.”

In order to go about this mission, neolokal put all hands on deck. “To getneolokal off the ground, we are doing our best as a team. It’s a trust we all carry along equally. We are not trying to make our cuisine regional or symbolic – when we describe the food as "local," we are simply talking about the origin of the ingredients that we use. If we claimed to be serving genuine Anatolian or Aegean cuisine, we’d only end up offending someone’s sensibilities. Instead we are looking at this from a very broad perspective. For example, keşkek (a mutton/ chicken and grounded wheat dish) is a meal that everyone seems to prepare a little bit differently. The idea is to learn about all of these styles and blend them, so that people can find a taste from their childhood – and acquaint visitors with the genuine richness of Turkish cuisine.” To make its intentions clear and inform the customer, neolokal drops a card on the table with every dish. Following Aşkar’s own words, they are “prepping your palette for what to expect”. The restaurant also gives away the recipes for its meals at www. neolokaltarifdefteri.com, andneolokalrecipebook.com. On neolokal's top floor terrace, there is a miniature garden where the restaurant grows its own arugula and a steady supply of watercress. They plan to extend the garden bit-by-bit. Additionally, the pickings are dried in the sun for three weeks according to ancient Anatolian techniques, which isn’t to put the Gümüşdere's farmers out of their job. In fact, the staff at neolokal regularly stops off at the village to oversee the food production and practices.

Aşkar talks imaginatively of the future, claiming that “who knows, one day we might be harvesting wheat somewhere in the city, or build a furnace nearby and make our own bread. This might come across a bit utopian, but believe me, it’s not as farflung as you might think”. 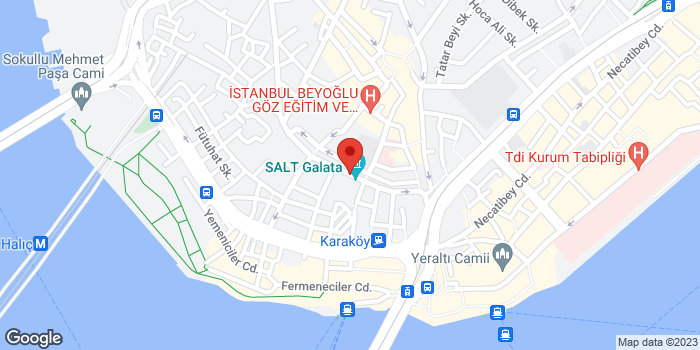