Being a slave to trends is easy – what’s difficult is creating your own style. Introducing Debunk’s latest collection of sloganed silk scarves for those who like to reflect their outlook on life through clothes...

If you were to call Debunk a tool of protest, you’d be right. The brand’s aim is to go boldly against every type of doctrine imposed on society by critiquing popular culture, political views and fashion trends. The woman leading this rebellion is İrem Erman, who started Debunk with “Wear your opinion” as her motto.

As the founder and designer of Debunk, Erman says all of her collections seek to provide criticism, and will continue to do so, as this is the attribute that forms the backbone of her brand. Take the names of two of Debunk’s previous collections for example: “Dear Motivation, Where Are You?” and “Freedom Fighters.” According to Erman, the latter was a reference to the limitations imposed by governments around the world, including right here in Turkey, on the rights of citizens to protest. The new collection, “They,” which comes out this month, focuses on the theme of surveillance as it’s left its mark on modern life, particularly given the evolution of social media. “We’re being systematically watched, followed and labeled,” Erman says of the idea behind Debunk’s latest collection. 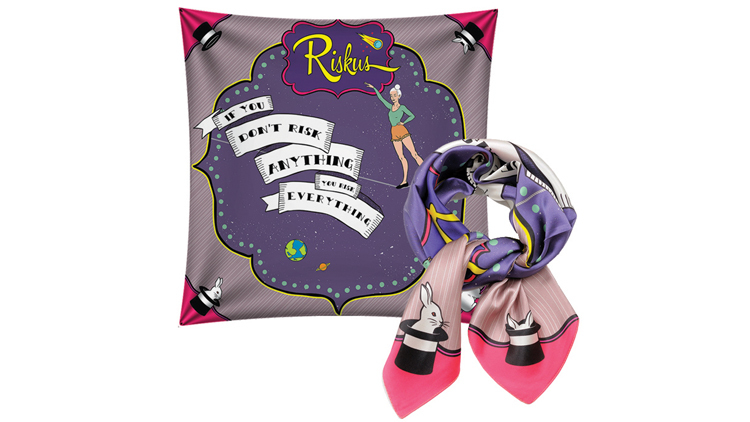 Debunk currently only sells scarves, which Erman believes is an accessory that’s “easy to use yet still challenging.” “A simple scarf tied around your neck is powerful enough to change your whole look,” she says. “It becomes the dominant piece in any outfit.” The scarf may be a seasonless and timeless accessory that’s able to go with any outfit, but it’s up to the wearer’s imagination to make it work within any given look. And for those who value the expression of personal style as much as personal opinions, Debunk’s colorful scarves are that elusive final touch to complement any outfit.

Debunk scarves are made in Bursa out of the highest-quality silk. For Erman, this defining accessory for her brand is only the beginning. “I’m open to every kind of design that asserts different ideas, approaches and criticisms, whether it’s a chair or a hat,” she says. “Some of my future plans include focusing on different items of clothing and objects.”

Debunk’s previous collections have featured pieces that are vibrant, both in terms of design and color. Erman says the reason behind this was that she designed each piece imagining it would be worn with an all-white or all-black outfit. “They,” on the other hand, stands in contrast to these collections, with minimalist designs you can simply wear and go.