With the recent explosion of craft beer led by many Yorkshire breweries, there’s never been a better time to be a beer drinker and we have some of the best craft beer bars and pubs right here in Leeds. From traditional boozers to modern bars to foodie favourites, there’s plenty of places to get a decent tipple. So forgo the mass-produced lager and take a look at our guide to Leeds’ best craft beer bars. 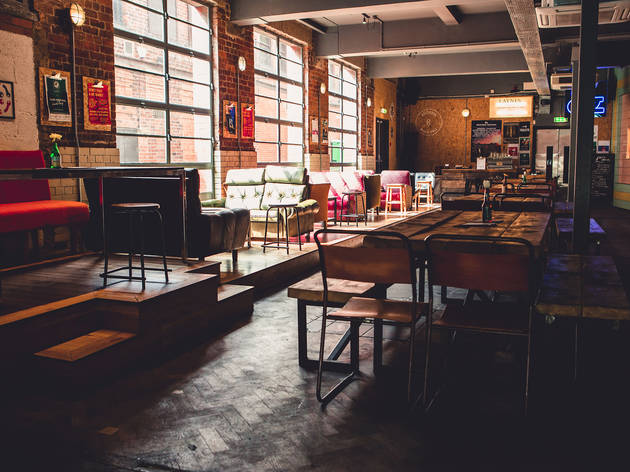 Forget paying over the odds for a generic lager – you’ll get decent beer at your gig at this spacious venue with breweries such as Summer Wine, North Brewing and Beavertown among the options on cask and keg. Despite the name, it’s a bar in its own right complete with a relaxed atmosphere and comfy mismatched seating adding to the welcoming vibe and if you’re peckish there’s two kitchens occupied by street food traders to keep your stomach lined. 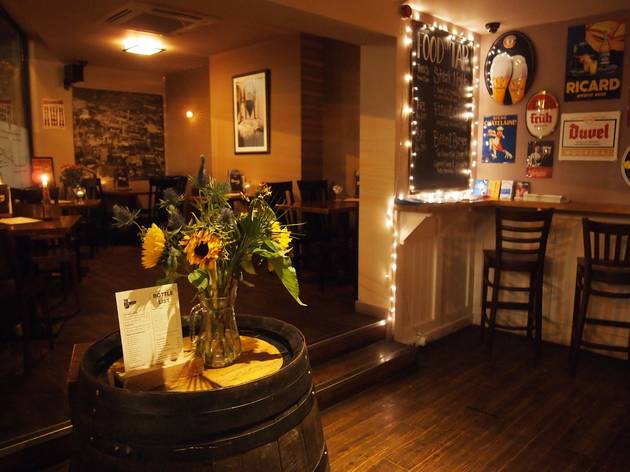 Located just outside Leeds Station, this Leeds Brewery-owned boozer is ideal for a pre-train pint. Modern and stylish yet cosy and comfortable, it’s also a brewpub with the microbrewery equipment visible on the first floor. It’s not just site-brewed and Leeds Brewery beers on offer though, there’s an ever changing array of guest ales meaning you might just miss your connection while you try and sample them all. 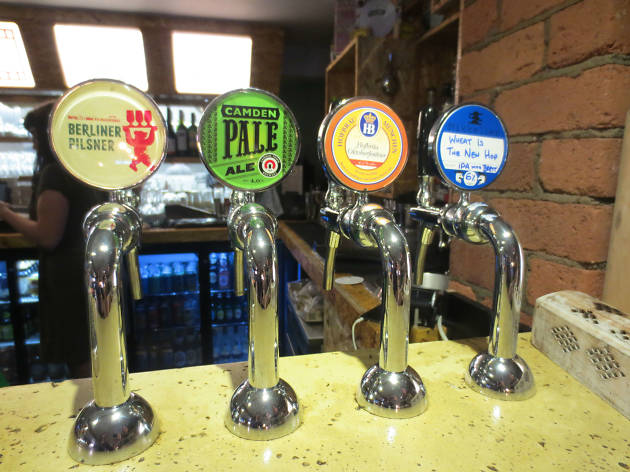 Combining Indian street food and craft beer from Yorkshire and beyond, Bundobust has become a firm favourite for both beer drinkers and food lovers in the city. Featuring 12 beers on keg with Thornbridge, Ilkley, Erdinger and Mikkeller often featured, and a fully-stocked beer fridge, its relaxed atmosphere and well-designed menu with something for all makes it a welcoming place to while away the hours. The popularity of the venue has led to them making the decision to open a second site in Manchester in the coming months, so world domination can’t be far away. 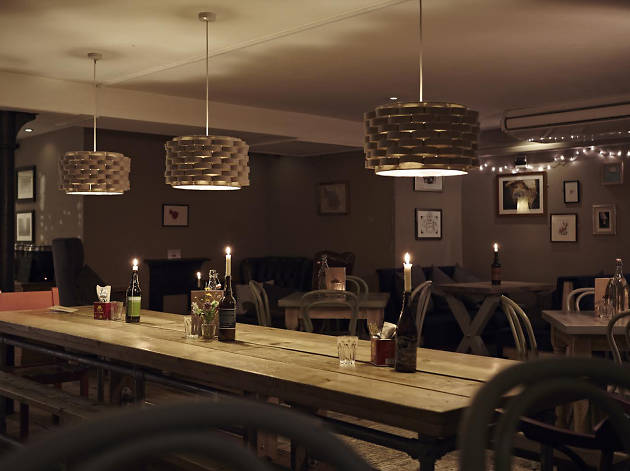 A firm food favourite and known for its charcuterie and cheese, Friends of Ham also has an excellent beer selection. Local brews from Summer Wine and Ilkley are joined by the USA’s Flying Dog and New Zealand’s Yeastie Boys on draft along with a wide-ranging bottle menu including larger bottles to share. 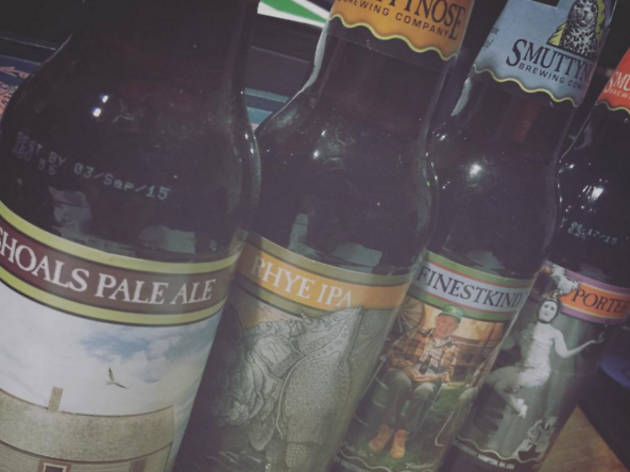 Leeds’ original craft beer mecca, North Bar never disappoints with its sheer range of options on offer. An impressive range of 16 draft beers – both keg and cask – of varying rarity are available, so there’s something to appeal to all. They’ve also recently decided to apply their beer knowledge by setting up their own brewery, North Brewing Co. And don’t forget to have a go in the black and white photobooth. 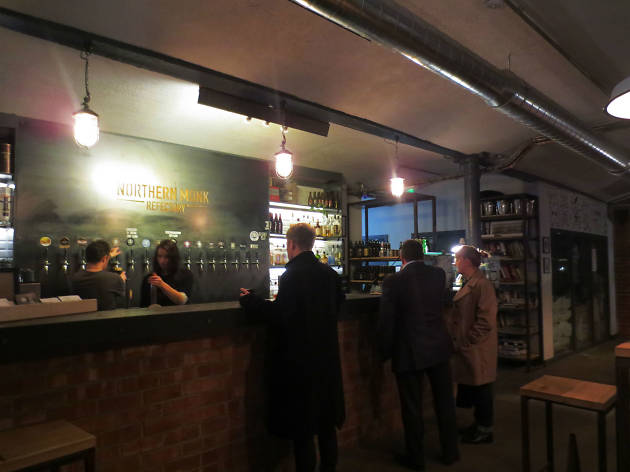 Set within a listed mill building in the historic industrial Holbeck area, the Northern Monk Refectory is worth the short walk from the city centre. Their own brews join guest beers to make up 20 draft options, and there’s a respectable bottle selection. 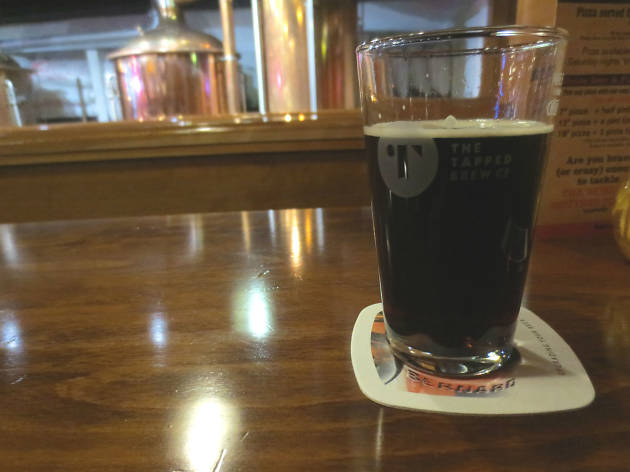 An American-style brew pub, Tapped (not to be confused with the nearby Brewery Tap) is from the team behind Pivni and the York Tap and although it may be included in the shiny, modern design of Trinity Leeds it’s very different to the other spots on offer in the centre. With 27 draft beers from across the globe and house beer made on site, there’s plenty of options to suit all. Pizzas are also on offer and they also have a beer connection – the dough is made using brewing yeast.

More places to enjoy a drink in Leeds 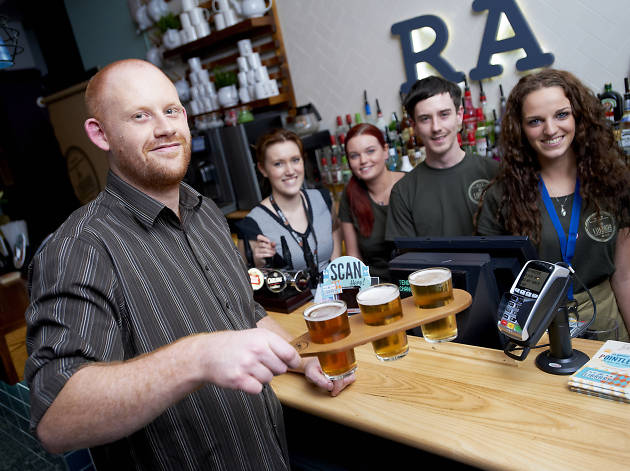 Our round up of the very best traditional watering holes in the city will leave you wanting to start a pub crawl. 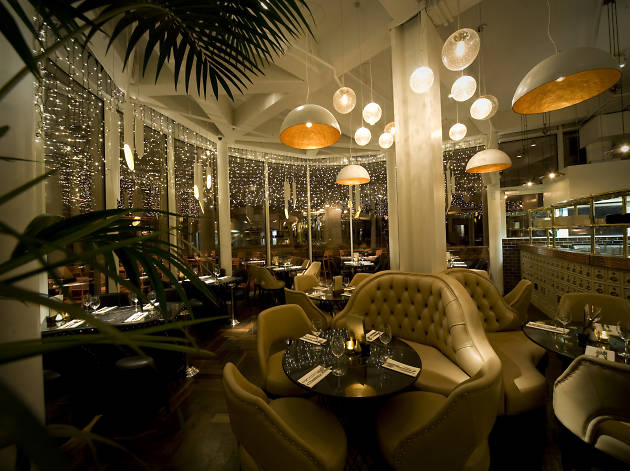 Whether you're looking for somewhere to get the party started or a swanky bar with views to make you weak at the knees, Leeds is hardly short on good bars. 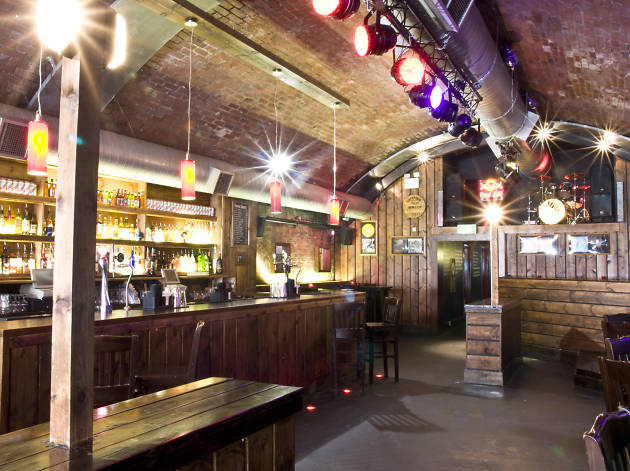 If your palate is partial to a well made mojito or margarita - or something a little more molecular - Leeds' cocktail bars are some of the best in the land, so they should have you pretty well covered.