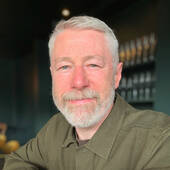 Poor old New Year’s Eve. No other date in the calendar results in such a gap between lofty expectations and underwhelming reality, as bar and club owners cram ‘em in – at a price, usually – then serve up a night that even a sozzled hen party in Scarborough might deem a bit limp. But it’s still possible to toast the arrival of 2015 in Leeds without being stranded in an infinite bar queue, losing your friends on an overcrowded dancefloor or dodging the glassy-eyed embrace of strangers whilst miming to ‘Auld Lang Syne’. Try these alternative offerings for a start.

Wharf Chambers NYE Party, Wharf Chambers, Wed Dec 31, free
It’s rare that you get the chance to publically shake your stuff to ‘Don’t Stop’ and ‘I Am The Fly’ in one evening but that’s what’s on offer at Wharf Chambers’ NYE shindig. Doubtless featuring a few moonlighting musos from Leeds’ DIY scene, covers bands Cheap Good Crack and Three Girl Zumba step up to the respective challenges of recreating Fleetwood Mac’s sun-kissed soft-rock and Wire’s knotty post-punk, whilst DJ sets from Cops and Robbers, Release Yourself, Other Animals and Queer We Go fill in the gaps. The club’s membership requirements are eased for the night and there’s free entry and the usual reasonably priced drinks. Just don’t ruin Wharf Chambers’ typically relaxed vibe by launching into a four-hour diatribe on why Tusk is a flawed masterpiece. That can wait until morning.

New Year’s Eve Party 2014!, Seven Arts, Wed Dec 31, free
Public transport stops well before midnight in Leeds on NYE, giving bus drivers a chance to raise a glass along with everyone else. So if you don’t fancy braving city-centre taxi queues but still want to get your daft on, head for the suburbs. Fancy dress is positively encouraged at Chapel Allerton’s Seven, and the arts-centre-appropriate theme is movie stars – the perfect excuse for indulging that long-held urge to dress up as Sean Connery in Zardoz. It’s free entry, so get there early and party on until 3am in the name of supporting Seven’s year-round programme.

New Year’s Eve Bar and Restaurant Menus, Dough Bistro, Wed Dec 31, bar from £40 for two, restaurant from £37 per person
New Year’s Eve can rival Valentine’s Day for disappointing dining, with even usually reliable eateries serving up sub-par fare and rushed service to a production line of customers. Thankfully things look more relaxed at Dough Bistro, perhaps as a nod to the patience required to let bread rise during the West Park spot’s former incarnation as a bakery. Book a table in the bar and it’s yours until 1am, with canapes, Prosecco and a freshly prepared sharing platter all materialising as the night wears on. Over in the restaurant, head chef Luke Downing oversees a locally sourced five-course menu that includes seared Thirsk venison and 35-day shorthorn beef filet. Or opt for the epic eight-course tasting menu: perfect as a run-up to the January diet that you’re never going to start.

Some Like It Hot & The Apartment, Hyde Park Picture House, Wed Dec 31, £8.50/£7.50/£6.50 (members)
For many, the festive season is less about forced mingling than about the opportunity it affords for a good solid stint of food and TV-assisted hibernation. But even hermits benefit from venturing out sometimes, and there’s no better way to banish winter malaise than gathering with other misanthropes in a darkened room to enjoy Billy Wilder’s two untouchable comedy classics, starring Jack Lemmon, Tony Curtis, Shirley MacLaine and Marilyn Monroe, on sparkling form as the ukulele-toting Sugar Kane. It may be a double bill, but with a start time of 3.45pm you’ll still be home safely in time to shake your fist at Jools Holland’s Hootenanny.

Subdub meets Jungle Jam, Vox Warehouse Wed Dec 31, £15
If you must spend the closing moments of 2014 at a club night, make it this one. Between them, Leeds’ dub veterans Iration Steppas and drum & bass fanatics Jungle Jam have seen in more New Years than most, and it’s safe to say that ‘Come On Eileen’ didn’t feature at any of them. Glasgow MC Soom T brings her bouncy ragga rasp to the mix, whilst with the help of the Steppas’ legendary sound system, Serial Killaz, Skeptical and Ray Keith will be making the brickwork at Vox reverberate well into January.