They say that thirty is the new twenty but when it comes to going out it's unlikely you'll still want to hang out in the same dive bars and sweat boxes that you did as student, getting smashed on £1 shots of miscellaneous spirits and waking up with a head full of regrets. Or maybe you do! We won't judge.

Likewise, just because you've hit the big three-oh, it doesn't mean you suddenly want to start frequenting soulless chain bars either. Fortunately, our glorious city is awash with great independent bars geared towards the thirty-something market.

‘Call Lane’ and ‘quiet drink’ aren't terms you'd naturally associate with one another, but new kid on the block Roland’s offers a cosy haven on this otherwise, er, hectic street.

Cosy but in no way means boring, the bar has a vibrant atmosphere – especially on weekends – and this can be attributed to the friendly staff and decent clientele.

The bar may be small, but it's well stocked with a fine selection of craft beers on tap and in bottle, as well as a short but perfectly formed cocktail menu (we recommend the espresso martinis). Head there during the day for one of Roland’s signature Frizza’s, aka Pizza Fritta, served on crispy light dough with fresh artisan toppings. At £5 per pizza it's also kind to the purse strings. Just because you're over thirty, it doesn't mean never too old for student prices...

Top Tip: Get there early and grab a window seat. It’s the perfect place to people watch as all the ‘yoof’ go by.

Renowned for its great quality and adventurous food, it is perhaps a lesser known fact that this popular restaurant also has its own late licensed bar open to drinkers as well as diners.

With its exposed Edison lightbulbs, concrete floor and raw brickwork, it's certainly one of Leeds’ most stylish drinking spots.

Where the  bar really shines is its cocktail menu, which – like the restaurant’s food menu – is guided by seasonality and local produce, using homemade liqueurs and syrups. Aesthetically, their cocktails are – like the interiors – things of great beauty, but most importantly they taste delicious.

If cocktails aren’t your cup of tea, fear not as the bar is stocked with an equally impressive selection of craft beers, wines and spirits.

Head there in the summer and take advantage of Shears’ outside terrace, which is one of the few beer gardens in the city to have a midnight license.

Top Tip: Keep an eye out for their regular cocktail pairing dinners. So far this year they've teamed up with Portobello Road Gin, Havana Club and Duval Leroy and have more planned in the Autumn.

A bar dedicated to gin was always going to be a winner in our eyes and when you factor in a bar menu that includes Spanish cured meats and cheeses, we're in culinary heaven.

Stocking over 30 gins, the best thing about Pintura’s bar is their signature Gin and Tonic ‘copas’. These are served in 21oz goblets and a double measure of gin, each one comes with its own individual garnish to compliment the botanicals in the different gins.

Forget wedges of lime – these guys garnish their G&Ts with lavender, rosemary, rose petals and even radishes!

Top Tip: Evoke that holiday feeling and head to Pintura’s al fresco Gin Garden for a copa or two (or three. Or four).

On the face of it, the bar-cum-café-cum-art gallery-cum-record store-cum-hair dressers that is Outlaw’s Yacht Club sounds like some hipster nightmare. However, it’s one of the most welcoming and least pretentious bars the city has to offer.

Literally everyone is welcome – even kids – as this family friendly social hangout is well equipped with kids art supplies, vintage board games, lego and even a vintage cash register stocked full of Haribo.

Open from 10am, they serve healthy breakfasts and have a small but well curated lunch menu of sandwiches, ploughman’s boards & handmade scotch eggs all sourced from local suppliers. They also welcome freelancers with a multitude of accessible plug sockets and comfy spaces for meetings.

On a weekend, you can hear from the best local and international DJs with the likes of Andrew Weatherall, Justin Robertson and Ruff Dug gracing the one and twos, as well as hosting the famous Boiler Room sessions as part of he Tour De France 2014 celebrations.

Describing itself as a 'craft beer deli', Friends of Ham is one of those bars that you enter for a quick drink and then find it impossible to tear yourself away.

Inside it feels like you could be somewhere in Barcelona’s El Borne region rather than a backstreet of Leeds, with cured pig legs hung from the ceiling, eclectic artwork and a laid back vacay atmosphere.

The bar is split over two floors and the cavernous basement is the perfect destination for a date, with distressed mismatched furniture, dim lighting and a shuffleboard aka the perfect ice-breaker.

It also has a rather impressive 150 beers on offer at any one time and their friendly and knowledgeable staff are more than happy to guide you through the extensive selection.

Not a beer lover? No probs! They have an equally impressive sherry and wine selection.

Make sure you book ahead though if you want a table as it’s packed most nights. And no wonder, it's pretty ham-azing! Yes we did go there and no we're not sorry.

Top Tip: As you’d expect, Friends of Ham has its very own beer – the Ham’s Pale Ale Pacer by the Summer Wine Brewing Company. It’s a must try!

Part of the popular Northern Quarter, Blind Tyger could be described as a ‘bartender’s bar’ – not as it's frequented by those that work in the industry, but because it's the perfect drinking den for people that know their drinks and seek out high quality, lesser known spirits.

If you’re a ‘sex on the beach’ type drinker, this probably isn't the bar for you. Their cocktails are short, strong and bursting with flavour so it's clear to see why they have won drinks industry awards for innovation.

The prohibition era décor, booth seating and dark ambient lighting make it the ideal place for dates – just go easy on the cocktails or having a hangover might not be the only problem you have to deal with the next morning…

Top Tip: Popcorn isn’t just for the cinema you know, at Blind Tyger it's also a key cocktail ingredient. Their Popcorn Mai Tai is fast becoming one of the city’s favourite cocktails.

Like Outlaw’s Yacht Club, 212 is the bar to head to listen to great DJs without having to head to a club. Fortunately for music lovers, 212 has a club quality sound system built-in Uriei rotary mixer, whilst owner Jacob’s passion for music and skateboarding is evident throughout the whole space (even their outdoor picnic tables are named after house and disco pioneers).

The interiors are pared back and stylish with the occasional burst of colour in the form of murals and artwork by the acclaimed abstract colourist and Leeds based artist Nicholas Dixon.   The small bar equals a carefully considered drink selection, so whilst they’re range of beers and spirits may be limited it is high quality, serving the likes of Whitstable Bay Pale Ale.

Top Tip: Pop down on a Wednesday for their acoustic night, showcasing some of the best local musical talent.

Did you know that tequila doesn't give you a hangover? While you might beg to differ after an an evening slamming back one too many shots of the Mexican spirit, if you drink 100% agave tequila you're much more likely to wake up feeling fresh the next day.

So, if your hangovers have worsened with age, you might want to make Margaritas your cocktails of choice. And where better to drink them than Cielo Blanco’s Margarita Garden?

Top Tip: Named as one of the ‘UK's Top Roof Terraces’, Cielo Blanco’s sun soaked Margarita Garden is the perfect destination for al fresco drinking! Who needs to go to Mexico?

As well as showcasing exhibitions by top UK and international artists, White Cloth Gallery also offers has a unique schooner bar. For non beer-buffs, a schooner is 2/3 of a pint, meaning you can try more of their craft beers without them going warm or spending a fortune.

In addition to beers, White Cloth Gallery has an impressive range of spirits and wines (sourced through Liberty of London no less) and original cocktails. As you can imagine being located in a gallery, the White Cloth bar is super stylish bringing together Scandinavian design influences and eclectic vintage pieces.

Top Tip: if you’re looking for something cool to do with colleagues or friends, check out their cocktail masterclasses!

Still a big kid at heart? Why not go for milkshakes instead? 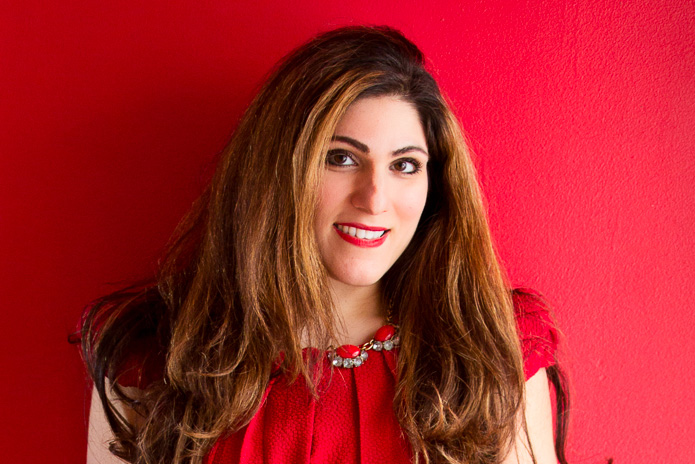 Vicki Psarias is a professional blogger, multi-award winning film-maker and mum of two. She founded and edits of one of the UK's biggest parenting blogs, Honest Mum, and also runs its sister style blog Mummy's Got Style. Follow her on Twitter @HonestMummy.