We’ve all been there: you’re visiting a new city, and you’re desperate to make the most of it. Six hours later, cue aching legs and a brain frazzled by the sheer number of attractions it’s possible to see in one day. Sound familiar? Next time you’ve tourist-ed a little too hard, allow yourself time to unwind at one of the very best spas in Liverpool.

From hydrotherapy pools hidden beneath historic docks, to snow caves and natural oil baths, you’re sure to find a treatment that’ll leave you feeling refreshed. Whether it’s for a special celebration accompanied by a cool glass of champagne, or just because you deserve a treat, there are options for every occasion and budget in this brilliant city. If you want to truly escape from the bustle of the centre, we’ve also included a couple of more rural retreats – practically guaranteeing your peace of mind after a day’s exploring Liverpool’s marvellous array of things to do.

RECOMMENDED: Full guide to the best things to do in Liverpool 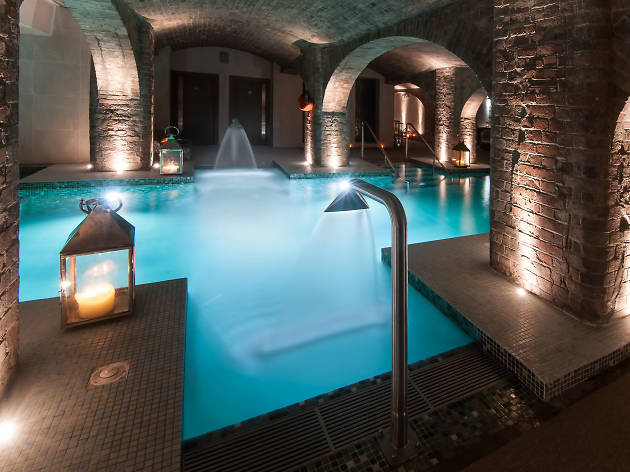 This subterranean sanctuary is hidden beneath the historic Stanley Dock. With 10 treatment rooms and dizzying array of professional therapies, a trip to Maya Blue Wellness is bound to leave you feeling rejuvenated and restored. Let the troubles of the day fade as you kick back amid the original red brick arches, before heading to the relaxation area where you’ll find a tea garden filled with bean bags. 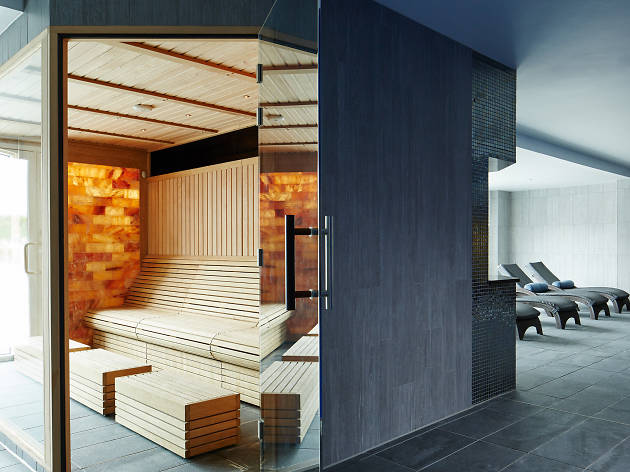 Escape from the bustle of the city centre with a trip to this elegant spa set within a golf resort hotel. Offering both weekend packages and day courses, Formby Hall boasts top-quality facilities and treatments using only well-known brands. Their Himalayan Salt Sauna and Essence-infused Laconicum Cabin are sure to relax and recharge mind and body, while a dip in the hot tub (champagne in hand, naturally) is a glorious way to unwind.

This one’s for the ladies (sorry, gents). Tucked away in a quiet suburb, this discreet women-only spa provides myriad ways to de-stress: the rasul mud steam room, notably, is an excellent antidote to a big night out, and top brands such as Thalgo and Espa are on offer if you’re looking for a bit of indulgence. The spa also boasts an infrared sauna and pool, as well as a beauty salon, bar and massage rooms. The ideal place for a weekend getaway with the gals. 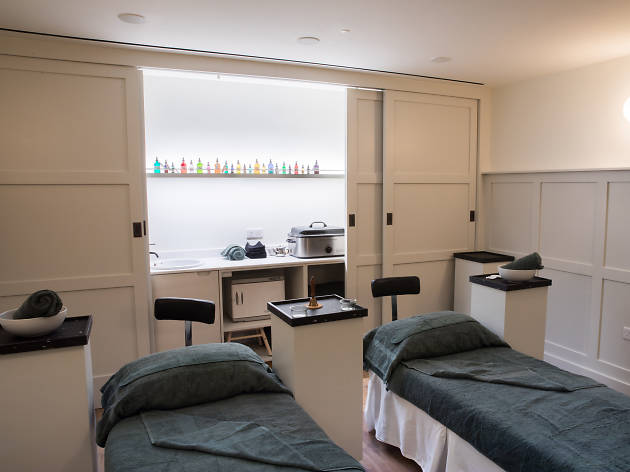 In 2019 the world’s biggest Lush store opened its doors in Liverpool city centre. Alongside shelf after shelf of the usual smellies, you’ll find a florist, perfume lab and small café, as well as a large spa on the top floor. Here you can bask in the sumptuous aromas that flood the whole store, while taking a sensory journey through your favourite Lush creations. Soak in a soothing mineral bath filled with natural oils and fragrant flower petals, or receive a deep-tissue massage. Rest assured that all products used by the Lush Spa team are cruelty-free and sustainably sourced. 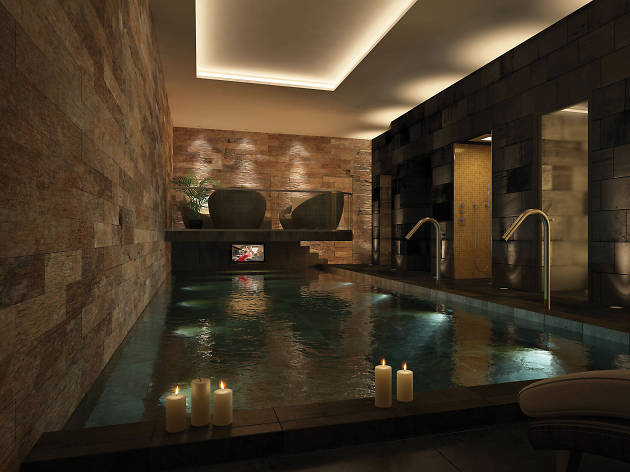 This luxury spa at DoubleTree Hilton lives up to the hotel’s reputation for classy AF indulgence. The knowledgeable staff are more than happy to discuss your personal requirements to ensure you receive a well-tailored treatment. As well as sumptuous treatment rooms, Eforea also features a jacuzzi, sauna, steam room and heated indoor swimming pool. For extra wholesome points, head to the spa lounge for one of their signature smoothies.

If you want to kick back in a setting that feels very, very Liverpool, look no further than Morgan’s. This striking underground spa is part of the 30 James Street Hotel and offers a range of top-quality treatments, a 40-square-foot hydrotherapy pool, a sauna and a bar. It was in this Grade II-listed building that the White Star Line, the shipping firm which commissioned the RMS Titanic, had its headquarters between 1898 and 1934. In 1912 company bosses read the names of the deceased from the building’s balcony. Now, 30 James Street is a four-star Titanic-themed hotel, and Morgan’s offers some of the city’s most sought-after spa packages. 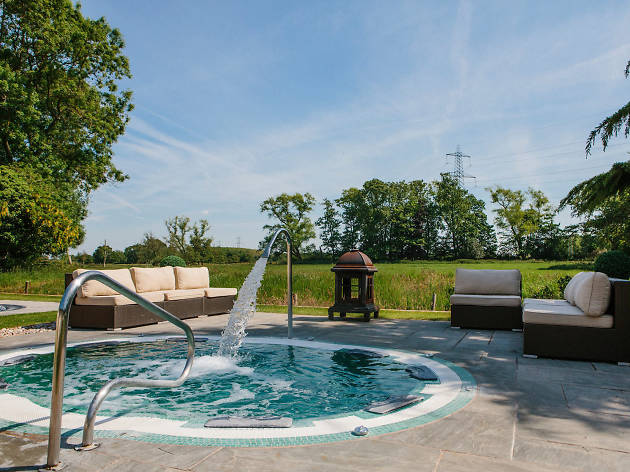 When you think of rest and relaxation, a snow cave may not immediately spring to mind. However, this is just one of the special treatments you can sample at Thornton Hall, which claims the therapy provides the ideal contrast to a hot sauna – and helps strengthen your immune system. More conventional treatments are also available, including indoor and outdoor hydrotherapy pools, aromatherapy facials and body massages.

All products used at this South Liverpool spa are handpicked for both their high quality and their environmental credentials – so what’s good for you is good for the planet, too. Here you’ll find an array of carefully curated spa packages, including a full-day treatment comprising several massages, a sea salt body scrub, facial and pedicure. If you’re preparing for your big day, why not try the ‘bride-to-be package’? Bringing together a luxury manicure and pedicure, a full facial and a sea salt body scrub, it’s sure to get you feeling your best and primed to walk down the aisle.

Looking for somewhere amazing to eat? 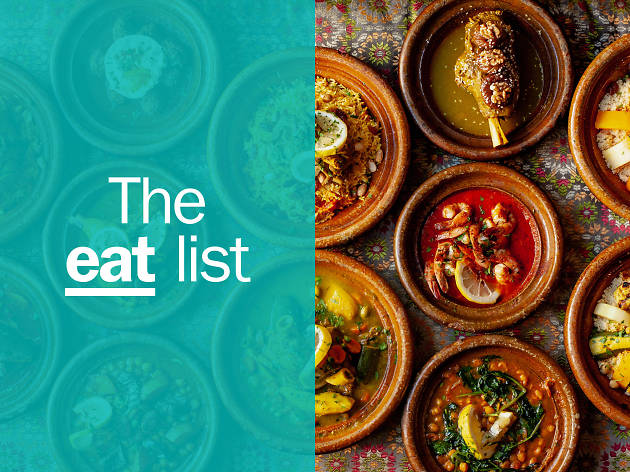 Whether you’re after a high-end dining experience with views of the Merseyside skyline, or want to transport yourself to the bustling souks of Marrakech with some tantalising sharing plates, Liverpool’s diverse and fast-expanding dining scene can deliver.