Planning a trip to Liverpool? Whether you’re here for the footie, the Beatles, the ferry ride across the Mersey or just for some Scouse bonhomie, Liverpool makes for a peach of a mini-break. The fact that it has more museums and galleries than any other UK city outside of London doesn’t hurt either. And when it comes to hotels, Liverpool caters to fans of all stripes – and budgets. Here are the ten best hotels in Liverpool, giving the best in London a run for their money. 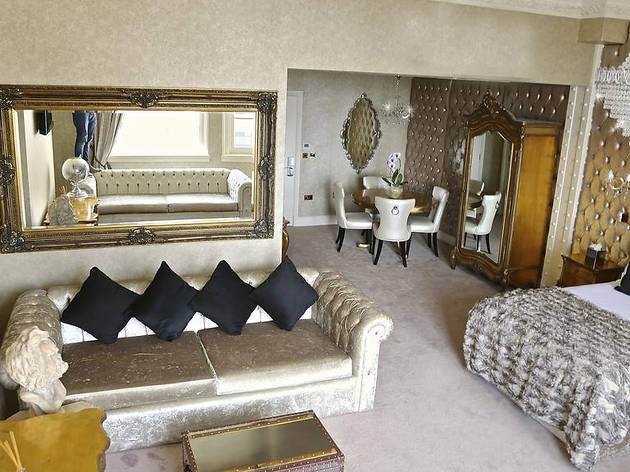 Liverpool has its own role in Titanic’s history: although the ill-fated liner never docked here, its company, White Star Lines, was headquartered on James Street. Thus the boat theme still pervades at the 64-room luxury hotel – and much like the blockbuster of the same names, it’s a tad cheesy but loads of fun. Down in the basement, you’ll find a spa, while the Carpathia Champagne bar is up on the roof, while attractions nearby include the Museum of Liverpool, Tate Liverpool and The Beatles Story. 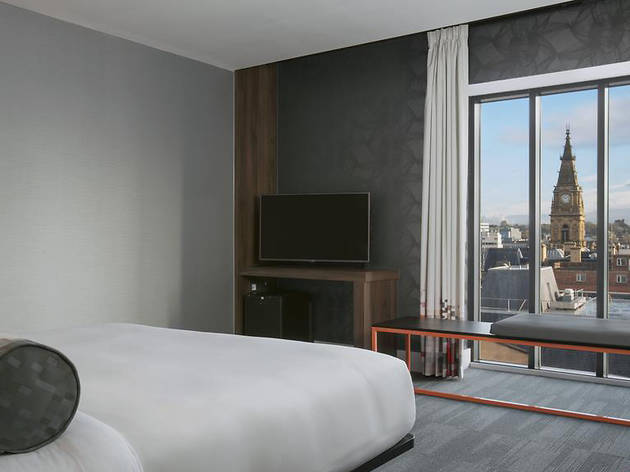 The design-focused Aloft is to be found in the middle of North John Street, and makes a great pick for those who are in Liverpool for either shopping or the nightlife. (Although due to latter, light sleepers might want to ask for a room at the rear of the building.) Aloft’s 116 rooms are bright, fantastic value and stylishly fun, with with like big orange beanbags in lieu of sofas. Downstairs, a cocktail bar, gym and a large, busy restaurant round up what’s on offer. 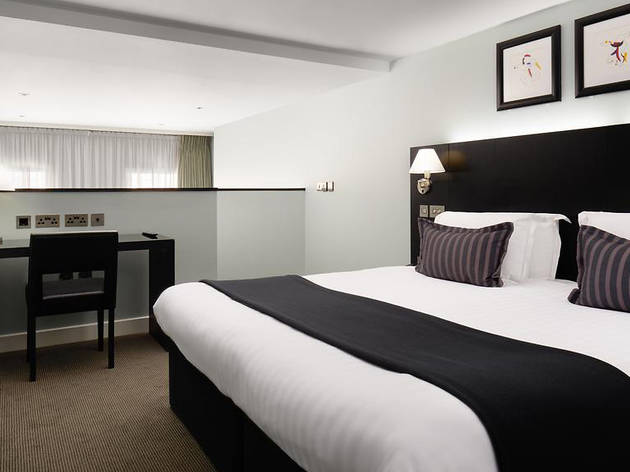 The Liverpool branch of this click budget chain is located in a converted printworks near the Albert Dock, where the tried-and-tested formula of keen prices and low frills is adhered to. Rooms are well-appointed and have kitchenettes (there’s no restaurant or breakfast area on-site) plus, crucially, given its clubland location – triple-glazed windows. And best of all, you can spend all that cash you’ve saved in the nearby Liverpool ONE shopping centre and surrounding trendy RopeWalks bars. 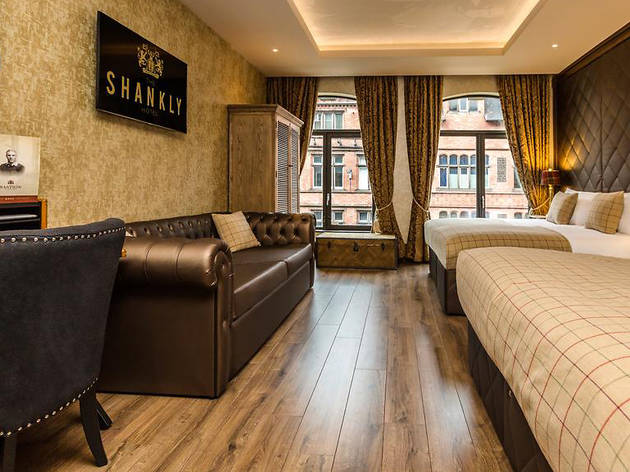 Named after the Liverpool FC manager of yesterday, Bill Shankley, it’s something of a museum to the man – you’ll find memorabilia and souvenirs everywhere here. It has 83 rooms, as well as apartments on the top floor (which can sometimes turn into a rowdy part zone). Bastion restaurant does a mean fry-up should you need to push through a hangover; if you’re a Beatles fan, you’ll appreciate the proximity to Mathew Street and the Cavern Club. 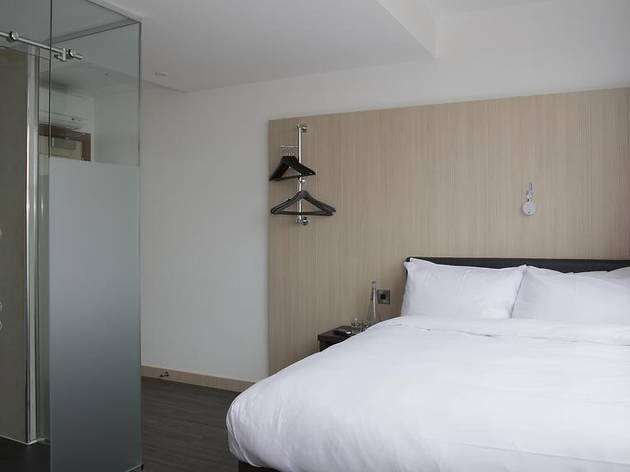 The Z hotel chain’s USP is wallet-friendly, no-frills rooms that can be had for immensely low costs, even if you’re booking last-minute. There are 92 small rooms here, each with en-suite walk-in showers and Sky TV; downstairs you’ll find free wine and cheese every evening. The Albert Dock with its various attractions – the Maritime Museum, Tate and Echo Arena among them – all within walking distance. 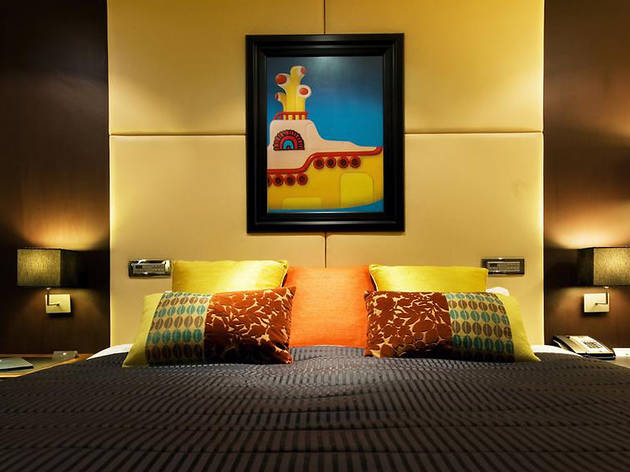 Many visitors come to Liverpool with its Beatles heritage on the top of their to-do list – and if you do have the Fab Four on your mind, then you should definitely check out the world’s one and only museum dedicated to John, Paul and Co. Its 110 rooms have group portraits, pop art and swingin’, ‘Austin Powers’-esque decor throughout (as well as more sedate touches like a Lennon Room with a white baby grand à la the ‘Imagine’ video). You’re well-positioned for the nearby tours of the Cavern (Beatles) Quarter, though if you want to stay put, the live lounge invites local musicians to play. Yes, they play Beatles covers. 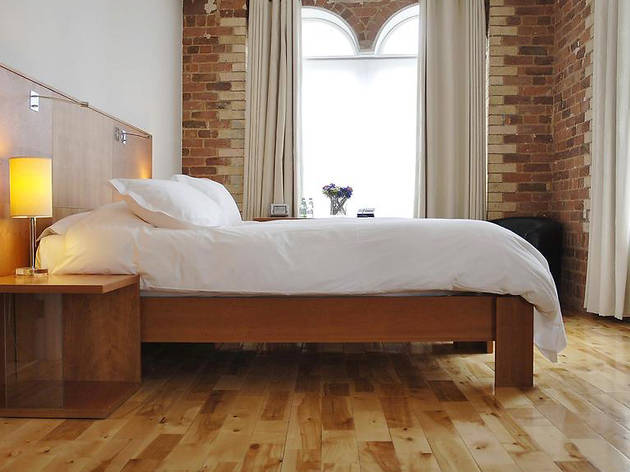 Liverpool’s first boutique hotel is tasteful and discreet, doining away with ostentatious bling in favour of fresh white linen, exposed brickwork and warm wood – and the formula works. The serene vibe has ensured it’s a hit with visiting celebs who might normally plump for more formal, grandiose hotels. As well as 89 rooms, a small 24-hour gym and a buzzy restaurant, London Carriage Works, it’s also dog-friendly. Our tip? Get tickets for the Liverpool Philharmonic – it’s on the same street. 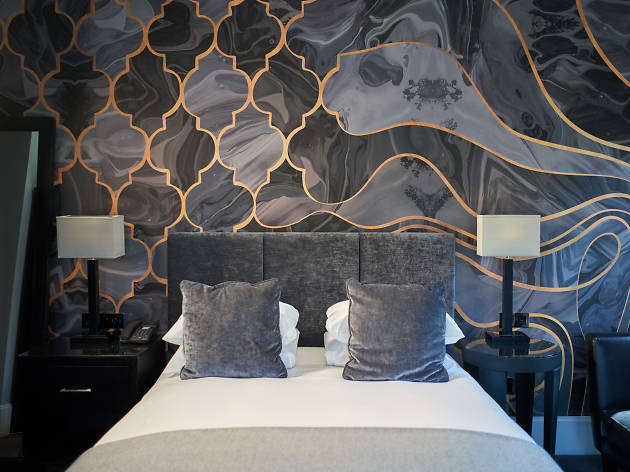 The boutique chain’s first purpose-built property is an 11-storey block in the old docks. Like all Malmaison hotels, it parades its flash, sexy cocktail bar-meets-boudoir thang in shades of black and purple – which might feel tacky if it wasn’t all so much fun. Of the 130 rooms and suites, the ones at the top floor have views of the Mersey. Don’t miss the renowned breakfast in the Brasserie. 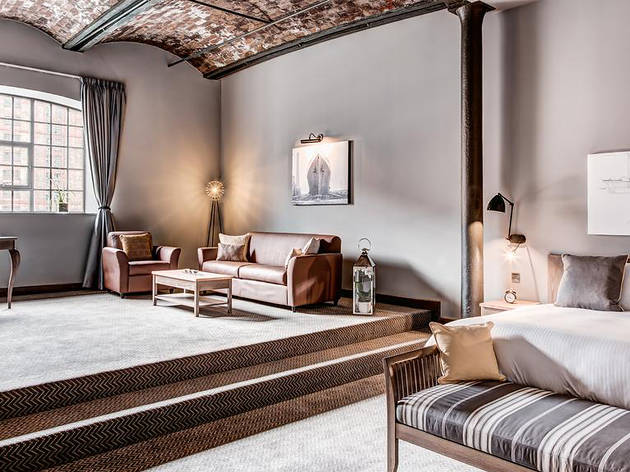 Another bolthole with a Titanic connection, this impressive converted warehouse is located in Stanley Dock. If you ’re okay with being a ten-minute taxi ride north of the centre, the 153 rooms here, true to the hotel’s name, are large, loft-style spaces with heaps of exposed brick and plenty of natural light courtesy of splendid windows. There’s also a basement-level spa and pool complex (at an extra charge), alongside a popular bar and grill. 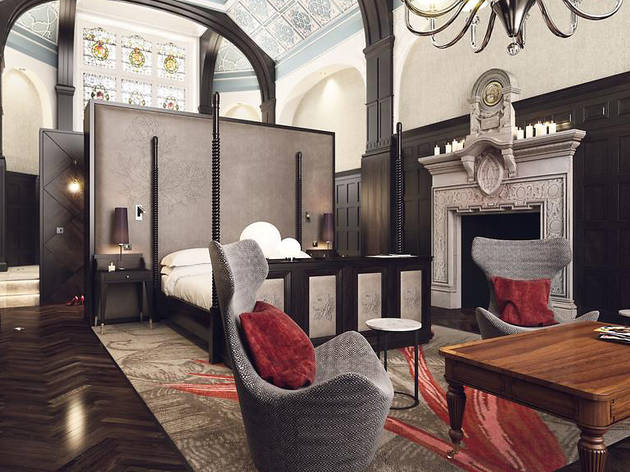 Kudos to Hilton for creating a business district hotel that avoids the usual pitfalls of drab, corporate soullessness. The 87 contemporary rooms sit in a refined, old-fashioned Victorian building with well-considered flourishes like a handsome library, stained-glass windows, a cigar terrace and an impressive, grand staircase. When you’re done trekking around the nearby Beatles attractions and Liverpool ONE shopping centre, you can kick back in the pool or relax in the Eforea spa.