Life isn’t easy for Mexican director Guillermo del Toro. Despite a slew of critical and commercial hits – ‘Hellboy’, ‘Pan’s Labyrinth’, ‘Pacific Rim’ – the hardworking filmmaker is almost as well known for the films that have slipped through his fingers. Most famously he was set to direct ‘The Hobbit’ before production delays forced him to step aside. There’s also his long-gestating adaptation of HP Lovecraft’s novella ‘At the Mountains of Madness’, potentially starring Tom Cruise and new sequels to ‘Hellboy’ and ‘Pacific Rim’. When we spoke to the director recently about his new movie, gothic horror tale ‘Crimson Peak’, we couldn’t help asking about a few of those still-simmering projects.

‘I always keep five or six projects alive at the same time, so if something comes up I can transition to something else right away. A career is what happens while you’re making other plans!’ 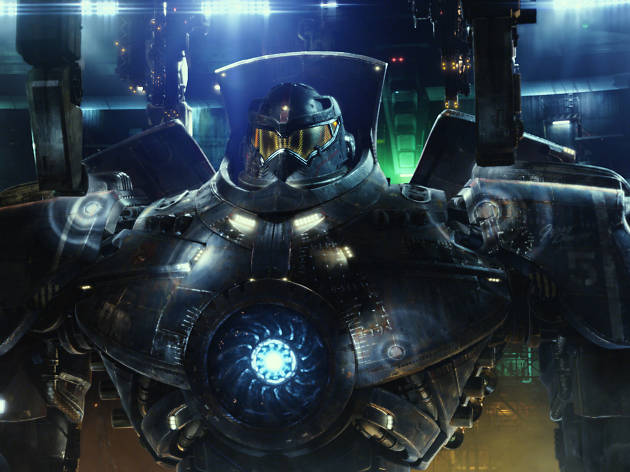 It was recently announced that the sequel to Del Toro’s hugely successful robots-vs-monsters blockbuster has been indefinitely shelved. It’s not for lack of enthusiasm: there are legal wrangles to sort out before the film can start shooting. Judging from statements made by Del Toro while the project was still a going concern, we’re guessing the plot would involve the Jaeger pilots going through a dimensional portal to fight the demonic Kaiju on their own turf.

Del Toro is working on the fourth draft of the screenplay: ‘But very likely it won’t be my next movie. It’s still active, it’s just not in pre-production. We have a really good story, but it’s a little above my pay grade from here!’ 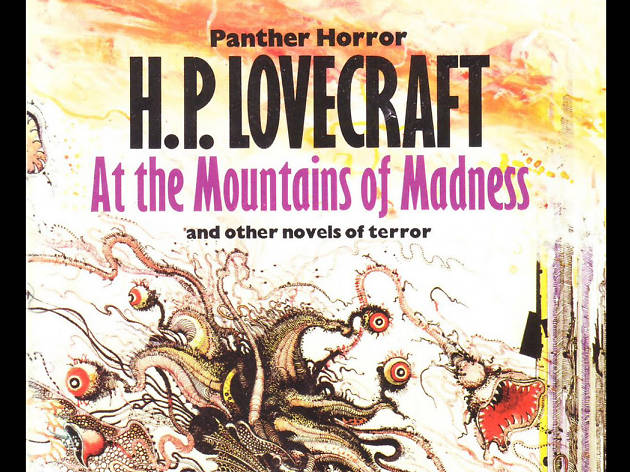 Del Toro has been talking about adapting HP Lovecraft’s classic 1931 story for at least a decade. The novella follows a team of Antarctic explorers who stumble across an ancient city buried in the ice built by an alien civilisation that visited earth before humanity evolved. Though its ideas have inspired everything from ‘The Thing’ to ‘Prometheus’, a straight adaptation of Lovecraft’s tale has never been attempted. The prospective budget for Del Toro’s vision seemed to scare the studios off, even with Tom Cruise attached.

Del Toro is still carrying a massive torch for the film: ‘I will keep trying to make it until I can’t any more. There is hope. The effects costs keep coming down, but it demands a shoot in really horrible conditions. Hopefully before I’m 70, we will be in the middle of an arid landscape at sub-zero temperatures cursing Lovecraft’s name. I will be the mad leader of an insane expedition!’ 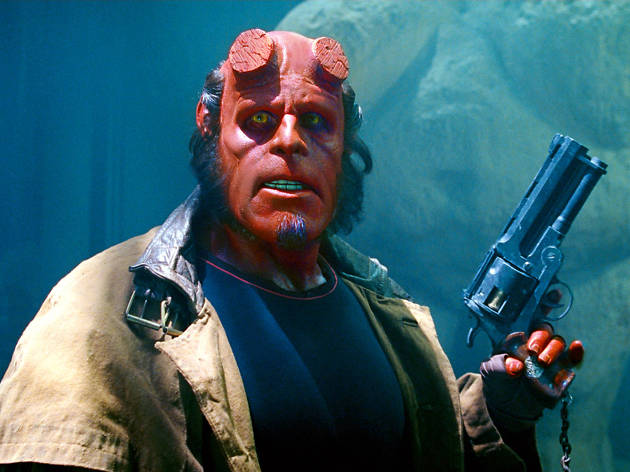 Del Toro’s ‘Hellboy 2: The Golden Army’ is one of the great modern fantasy films, stuffed to bursting with visual invention and wild ideas. But where’s the concluding instalment in the trilogy? Both ‘Hellboy’ films were solidly successful, but for some reason the studio seems to have lost interest. Del Toro has even joked about setting up a Kickstarter and making the first fan-funded blockbuster.

‘I would love to make it,’ he told us. ‘But I don’t think there’s any activity on that. I think the movie could be very successful. I love the second film more than the first, and I think the adventure was pointing towards something really powerful.’ 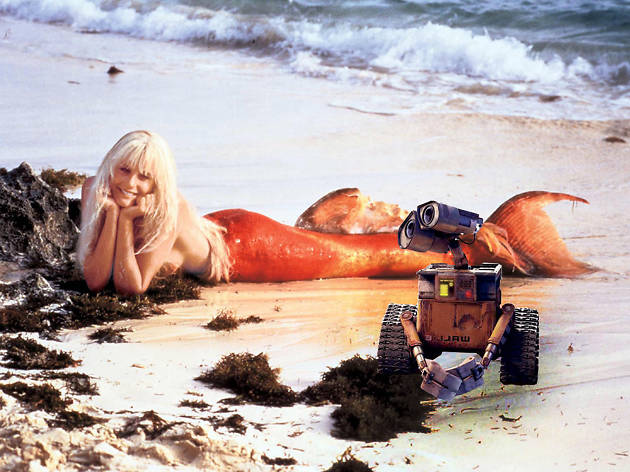 Last month, word began circulating of a new Del Toro project that might just be his next film. All we know is that it’s an original story written by the director and that an unnamed source has described it as ‘WALL-E’ meets ‘Splash’, which could mean absolutely anything. Robots vs mermaids? Post-apocalyptic underwater romance? The director is remaining tight-lipped. ‘I don’t know who described it that way but it’s insane! That is not how I would describe it! But that’s to be announced, and we’re working on it.’ 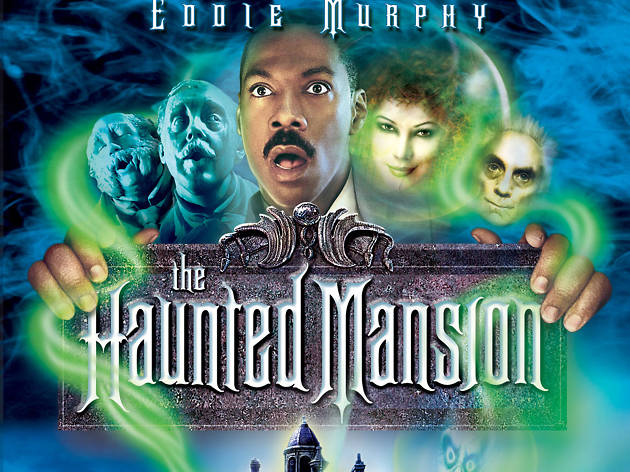 It’s already inspired a dire 2003 ‘comedy’ starring Eddie Murphy, but it seems safe to say Del Toro’s take on the spooky Disneyland attraction would’ve been a somewhat more serious affair. First pitched at Comic-Con in 2010, the film’s prospects were revived earlier this year when it was announced that Ryan Gosling would take the lead. Since then things have been eerily quiet – does ‘Crimson Peak’ mean that Del Toro has got ghosts and ghouls out of his system? 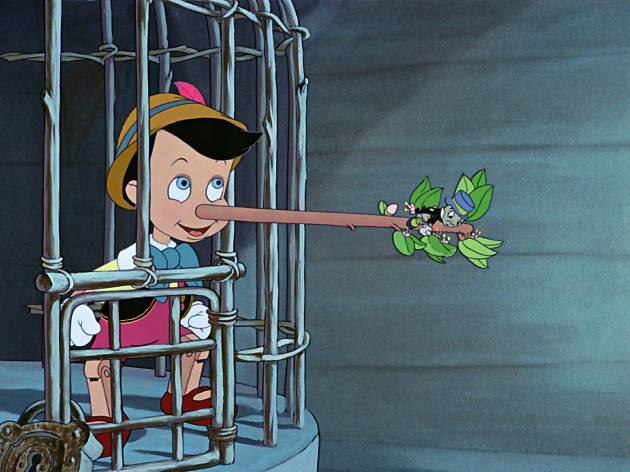 This would’ve been a bizarre but potentially brilliant blend of oddities: Del Toro’s first animated film, adapted from Carlo Collodi’s beloved story, with stop-motion effects by the Jim Henson company and – weirdest of all – songs by Australian doom-monger Nick Cave. Del Toro worked on the film for three years alongside pre-production on ‘The Hobbit’, but the project is now considered officially dead. 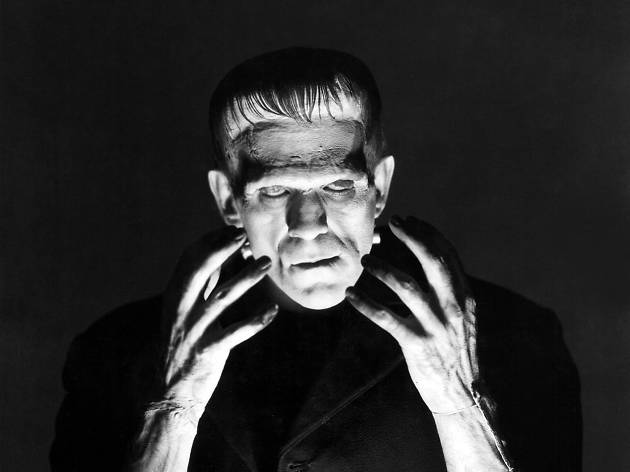 In 2008 it was confirmed that Del Toro would shoot three films back to back for Universal Pictures: a new adaptation of Mary Shelley’s ‘Frankenstein’ from what he described as a ‘near-perfect’ script by ‘Shawshank Redemption’ director Frank Darabont, a new take on Kurt Vonnegut’s ‘Slaughterhouse-Five’ and a big-screen take on sci-fi writer turned right-wing nutjob Dan Simmons’ novel ‘Drood’. In what was by now becoming a pattern, none of them came to fruition. 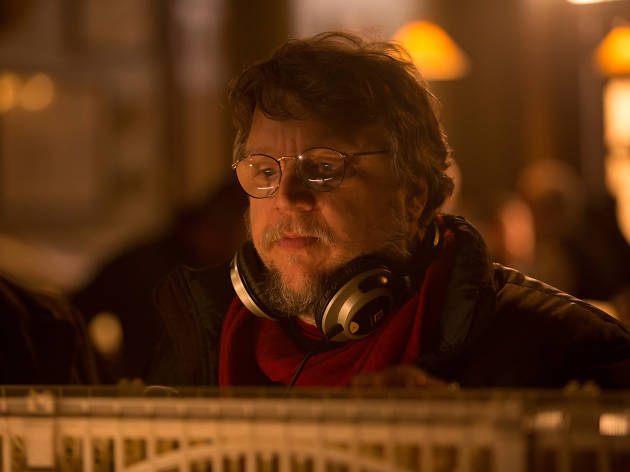 Following the smash-up success of his robot-monster smackdown ‘Pacific Rim’, Mexican maestro Guillermo del Toro is going back to his spooky roots with ‘Crimson Peak’. We talked to the director about England, Downtown Abbey and how to scare his audience.