There's really only one word to describe 20-year-old pop maverick Shamir Bailey. That word: shamazing. Born and raised in suburban Las Vegas, Shamir has used his innate otherness to create one of the finest pop debuts in ages.

Having been a punk in his teens, he’s found a sound to match his otherworldly blessing of a voice – a powerfully androgynous countertenor as distinctive as his hero, Miss Piggy. His debut album, ‘Ratchet’, released in May on XL Records (launch label for MIA, FKA Twigs and Jungle) looks set to match the sizzling hype around him, thanks to its bubbly and effusive mix of Scissor Sisters meets Azealia meets Sylvester meets Grace Jones meets Gorillaz. Before all that comes the release this week of a new video for single ‘Call It Off’, which sees Shamir transformed into a Muppet-style puppet.

Tell me about becoming a puppet?
‘They did every detail down to the nose ring. It was based on a sketch. I didn’t have to, like, sit there while they built it. The video starts with me in the “real world” and then it kinda fades to the puppet saving me from my troubles in the real world.’

Who’s your favourite Muppet?
‘Miss Piggy. The baddest, ever. She’s hilarious. She has attitude and reminds me of so many women I know. If you don’t like the Muppets, I think you’re a little harsh. ’

What was your favourite album as a teen?
‘Definitely “Cut” by The Slits. It changed my outlook on music and life. I discovered them when I was 13. Lily Allen mentioned them and I just looked them up. I think you can hear elements of “Cut” on “Ratchet”. Very pop and danceable, yet still with a punk element to it.’

Were you in a minority as a punk growing up in Las Vegas?
‘Like, yeah. That’s why my band was only two people.’

Tell me about interning at XL.
‘When I first started, I sat down and introduced myself as an intern. Then a few weeks later, the other interns said: “We’re supposed to do a project on you. Are you, like, signed?”’

The word ‘ratchet’ hasn’t really crossed over to the UK. Can you define it?
‘Well the word came from this YouTube parody song called “She Ratchet”. It’s used in a negative way, describing a girl who is a hot mess and kinda ghetto. But me and my friends, especially my friends of colour, have tried to reclaim the word.’

How did you reclaim it?
‘Well, we use it to describe ourselves as alternative people. We go to punk shows and listen to music outside of R&B or hip hop, but still spend time in the hood. Y’know, both sides of life. We grew up embracing all these different things that most people of our gender, colour or background might be ashamed of. Like, when I say I’m “ratchet”, it means: Yes, I’ve experienced hood life and I’m from the ghetto. But I also like country music, and y’know, I like to knit.’

Are you ready for the mainstream?
‘Not. At. All. I am fucking terrified!’ 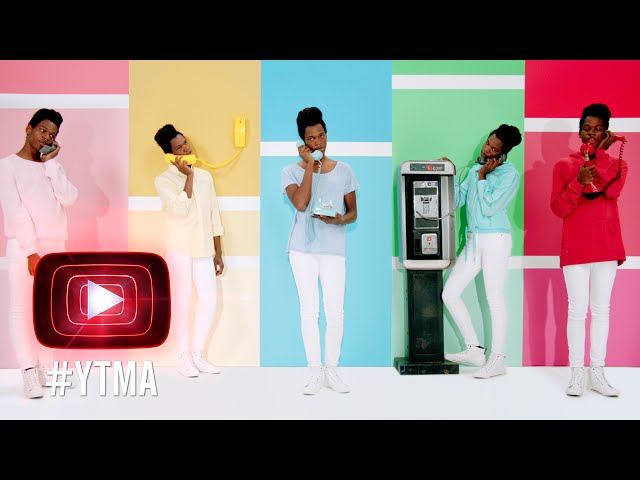