Musical polymath Matthew Herbert is never bored. Whether he’s using ‘found sounds’ to create mind-warping soundscapes, sonically documenting the life-cycle of a pig or just making beautifully wonky dance music – as on his new album ‘The Shakes’ – he’s always to be found doing something wildly creative and downright fascinating. Ahead of Herbert’s performance at David Byrne’s Meltdown festival, at which he’ll be sampling sounds from the audience as part of the soundtrack, we discover he’s every bit as insightful as you might expect. Just don’t ask him about his favourite sandwich.

‘When I was recording in a crematorium, there was a thing called the cremulator backstage. It’s like a washing machine but with stones and graphite balls instead of water. It grinds down bones that are left over from cremation. The sound of this metal drum going round with bones and stones in it was awful, really disturbing. I did use it, and it gave the music a really intense quality, but then I decided that it wasn’t morally appropriate without asking permission from the person’s family, so I cut it.’

2. He doesn’t believe in guilty pleasures. But…

‘Musically speaking there’s a lot I hate about the Spice Girls, but Mel C did a track called “Same Again”, and I thought: That’s not too bad. It’s got a chromatic shift in it that’s unusual for pop music. It turns out she sampled this amazing tune by [ex-Doobie Brother] Michael McDonald. There’s often a hidden story behind pop music and what we think of as “guilty pleasures”.’

3. He had his own mini-meltdown at Glasto.

‘I took my kids this year, but there was nowhere for us to camp. I had to carry a five-person tent on my head plus sleeping bags at half past one in morning as we walked up a steep hill and found a spot. Then I fell down in the mud and slid backwards, on my face, tired, fed up and thinking: Why am I doing this?’

4. He’s not from Manchester.

‘Nearly every article I’ve read about myself contains something inaccurate or a misrepresentation of the facts. In 1999, someone [incorrectly] wrote that I was born in Manchester. So for the next six years I came from Manchester.’

5. He’s not a fan of trivial pursuits.

‘I find it hard talking about trivial stuff when I put so much thought into how the music is presented. It makes me feel like the world is going really badly wrong. Those trivial questions end up being right-wing propaganda: they leave everything untouched. One of my tracks ends with the sound of 80 people in the British Museum cutting up credit cards. A lot of people spent a lot of time, money and effort for one tiny sound at the end of one piece of music on one album eight years ago. So to be asked after all that what your favourite sandwich is feels slightly humiliating. ’ 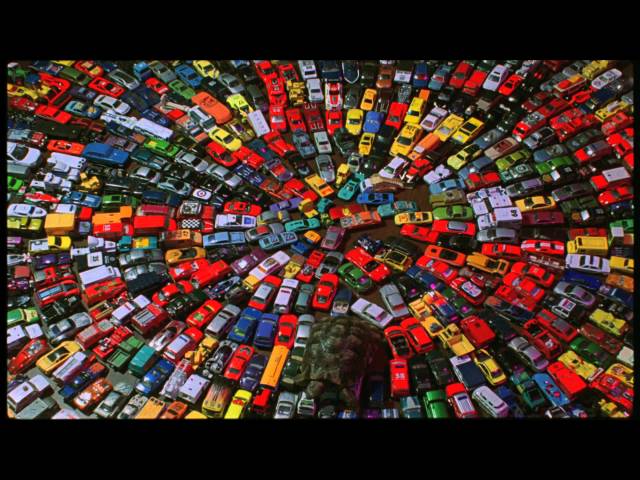