Way back in the Olympic summer of 2012, Lianne La Havas released her lush debut album ‘Is Your Love Big Enough?’. It sold 200,000 copies and won the half-Greek, half-Jamaican singer-songwriter a Mercury Prize nomination – and a superstar fan (and friend) in the form of Prince. Not bad for a 22-year-old from Streatham.

Now, at 25, La Havas is poised to become properly massive. Her excellent second album ‘Blood’ is an elegant collection of grown-up pop songs with some unexpected musical flourishes, including brisk rhythms inspired by a recent trip to the Caribbean. Topping it all off is her gorgeous voice, which sounds like a cool breeze cutting through a sticky summer’s evening. Chatting over the phone while she sips a morning coffee, this rising star is sharp, articulate and calmly self-assured.

The lyrics to ‘Green & Gold’ begin with six-year-old Lianne contemplating herself in the mirror. What would she make of her future self?
‘That’s a good question. I think she’d get on very well with 25-year-old Lianne because I’m managing to live out stuff that I only dreamed of doing when I was six. I wanted to be really confident and share my personality more, but I was so shy that I couldn’t. It was only when I began singing publicly that my confidence grew and my identity started to develop.’

You’ve described your recent trip to Jamaica as ‘life-changing’. Why did you find it so inspiring?
‘Because I’d never been before. Seeing where that side of my family comes from was incredibly moving. It made me think deeply about what the essence of Jamaican music is to me. It isn’t just reggae; it’s an understanding of rhythms and the groove. Because of Jamaica I was finally able to explore that side of my musical personality – how to construct beats, how to leave space, how to give my vocals a rhythmic tendency too.’

There’s also a song on the album called ‘Never Get Enough’ which packs some pretty heavy guitar riffs. Are you more of a rock kid than we might expect?
‘Well, of course! I want to quash the view that just because my first album sounded a certain way, it means I don’t like other music. I had a big Papa Roach, Limp Bizkit and Slipknot phase when I was a teenager – that was pop music when I was in secondary school. It’s not the type of music I want to make now, but it’s always there in my consciousness.’

Like many musicians, you’ve said you don’t like being defined by genre. We’ve also heard you’re a huge fan of emojis. So: which three emojis would you use to describe the new album?
‘I do love emojis! Okay, so the first would be the face that’s smiling with the eyes closed and the rosy cheeks – I call that contentment. Then the monkey with his hands over his mouth, because hopefully my cheeky side comes out in the lyrics. And finally the face with the tongue sticking out and the eyes closed – I call that the rocking-out face.’

‘I freaked out the first time I met Laura Marling’

‘Unstoppable’, the first single from ‘Blood’, is packed with galactic metaphors. What’s the story behind that?
‘I wanted to get back with my ex-boyfriend – after I was the one who broke up with him – and we were working through it all when that song was written. He was very into science and astronomy so the lyrics are a sentimental nod to his interests.’

Now you’re mates with actual Prince, do you find meeting other huge musicians a breeze?
‘Not at all! I freaked out the first time I met Laura Marling – I couldn’t talk to her, I just couldn’t function. I’ve seen her multiple times since and I still can’t talk to her. Obviously I’m a huge Prince fan, but once we got through the initial phase of getting to know each other, I realised he’s still just a person, you know? And then he became easier to talk to naturally. Obviously I haven’t got to that stage with Laura Marling yet!’

Maybe if she reads this, she’ll be inspired to reach out and break the ice?
‘Oh God, I hope she doesn’t read this. That would be too embarrassing!’ 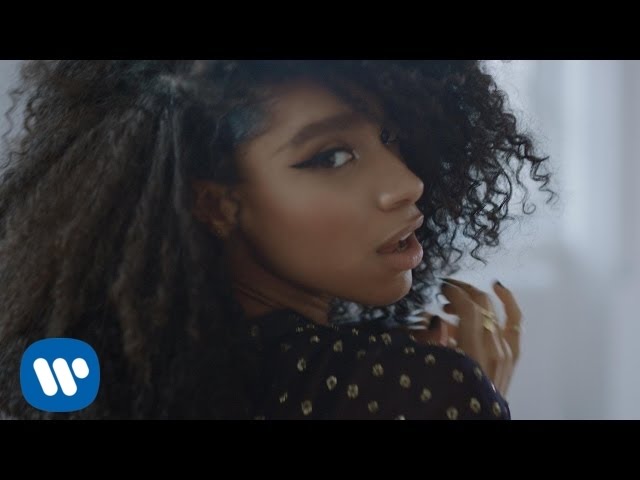