Savages are one of the most exciting bands out there. So does it matter that they have a dour reputation? Yes, actually: it’s helped to keep them together

Jehnny Beth crouches on a sea of hands, peering around a seething north London concert hall. On the stage behind her, the other three members of Savages are whipping up a racket: Ayşe Hassan raising hell with her bass, Fay Milton thumping the drums with a grin on her face and Gemma Thompson testing The Dome’s soundsystem with a screech of guitar. Then the noise cuts out, the enraptured crowd – indie teens, old punks and all points between – carry Beth back to the stage, and Savages start their last song of the night. It goes: ‘Don’t let the fuckers get you down…’

Savages’ live show is an ecstatic rock ’n’ roll communion which justifies all the old clichés. Scoff if you like, but amid all the sound and fury you really can feel the emotional walls between the band and the audience crashing down. So it’s a bit awkward, when I meet Beth and Thompson the next day, to find those walls right back up.

Maybe they’re tired after last night’s gig, a preview show for their much anticipated second album ‘Adore Life’. Or maybe it’s because I’m a journalist. ‘The music of Savages was imagined to function like armour,’ Beth wrote in a blog post in 2014. ‘Four women facing the world, facing the industry, protected by their sound, indestructible.’ Hence ‘Fuckers’, that set-closing, prick-kicking anthem from last night. Halfway through the interview, I’m asking myself: am I a fucker too?

‘We went through situations that almost pulled the band apart’

At every Savages gig I’ve seen, there’s been real engagement between you and the crowd. Last night, there weren’t even any gates or security in front of the stage. Is that deliberate?
Jehnny Beth: ‘Yeah, we asked for no barrier. Though even if you have a barrier, you always find a way to reach out.’

And yet you’ve got a reputation as austere and reserved. I’m a fan, so how come you’re looking at me like I’m trying to sell you a secondhand iPhone?
JB: ‘Ha! I’m sorry.’
Gemma Thompson: ‘It’s hard to know what to say to that. For us, everything is about that performance. That’s where everything comes together. On the first record we were very protective: we had a gang mentality. We went through various situations that almost pulled the band apart. Our main thing is the music and the performance, and we’ll do anything that’s needed to protect that. If we have this image of being cold as people, it’s to protect those things.’

‘There’s got to be a point where you think: I don’t care. I’m going to keep doing this’

So do you always feel defensive in interviews?
GT: ‘It depends on the person you’re talking to. You can’t just expect to suddenly create a rapport with someone about something that’s so close to you.’
JB: ‘It’s difficult for every artist that I know: to have to answer about what you’re doing, when you want to keep it instinctive. Somehow you have to intellectualise everything, and it can be tiring to try and have an answer for everything.’

Do you mean that if you start analysing it, you might start to overthink it?
GT: ‘That’s anathema to doing what we do: to think too much about how and why we do it. You can’t mess with that.’
JB: ‘There was a phrase I used to repeat to myself before going on stage. It was the very early days when I was very, very scared of performing, and sometimes before going on I would forget the sentence. I knew I had to remember it before I went on stage, and I’d think about it for five minutes, and then suddenly I’d get it, and it’s: “Do not think.”’

You’ve been called ‘humourless’ in the press. Do you think there’s a sense of humour to what you do?
JB: ‘Yeah, I think so! When I do the squirrel jumps on stage, definitely.’

And presumably you aren’t always having deep-and-meaningfuls when you’re hanging out together?
GT: ‘Oh my God, not at all.’
JB: ‘Oh God – never!’
GT: ‘We’re really ridiculous.’
JB: ‘We’re all hilarious, really.’

But do you get why people might regard you as a bit po-faced?
GT: ‘You can’t think about it too much – how you’re perceived by other people – because you don’t want that to seep in to anything you’re doing. “Oh, maybe if I do this, someone’s going to…” There’s got to be a point where you think: I don’t care. I’m going to keep doing this.’

So what does annoy you? What’s the worst word that could be used to describe you as a band?
GT: [whispering] ‘That’s a difficult question.’
JB: [whispering] ‘I don’t know.’
GT: ‘Well, I guess the New York Times headline…’
JB: ‘Oh, okay – let’s do that, yeah.’
GT: ‘A question like you’ve just asked brings up this thing that we don’t want to talk about, because it doesn’t need to be a thing, but I’m going to mention it anyway. The New York Times did a review of our show, and one of the headlines said “all-female rock band”. A fan had taken a picture, crossed out “all-female” and posted it. We reposted it and it went a bit mad, so they changed it the next day: “Savages, a rock band”.’

A bit awkward right now. Anyway: how has your sound moved forward on album two?
GT: ‘It’s a natural progression from the first album. Two years of constant touring made us better musicians, but we haven’t really detoured from how we play. Bass, drums, guitar and voice: there’s nothing else to it. We did do overdubs and stuff, but that’s just to match the energy and the volume live, because we play at such a high volume and there’s a real physicality to that. It adds things that you couldn’t get in the studio.’

The first track has the chorus ‘Love is the answer’. Doesn’t that sound a bit naive, given all the shitty things happening in the world?
JB: ‘No, it’s much more personal than that.’
GT: ‘We wanted to sing about love in a certain way, but how do you sing about such a subject with a band like Savages? We had a little bit of the instrumental: this kind of revolving, circular thing – at the time, the hardest thing we had.’
JB: ‘Suddenly there was the possibility to say these fragile, naive words. Inside the eye of the storm: that’s where the humanity is.’

But there were no love songs on your first album.
JB: ‘That was intentional. I didn’t want to write love songs. And to talk about love you have to know each other better as well. Everyone is putting in something personal: once one of us starts, it makes everyone also jump in. It’s about not being afraid of making mistakes and showing your weaknesses. That’s one of the most beautiful things in life, and in being with people.’

Isn’t it always hard to get down to the really deep stuff?
JB: ‘Well, the deep things are what interested us from the start. I get bored of small talk really quickly. I always want to know the important things: what people really live for. Is it the loss of someone, or the love for someone? We all have hidden skeletons.’ 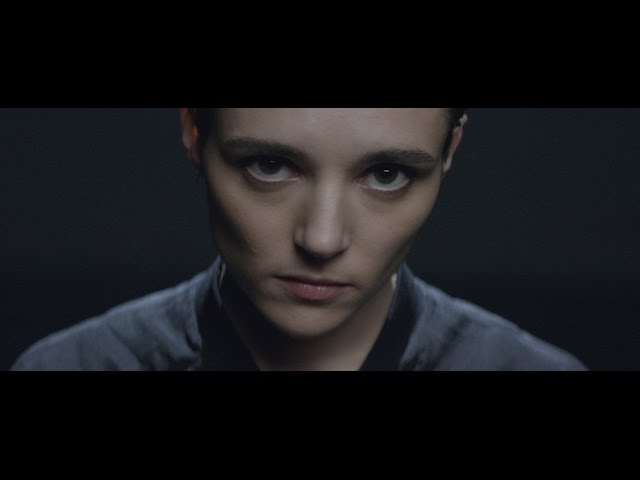 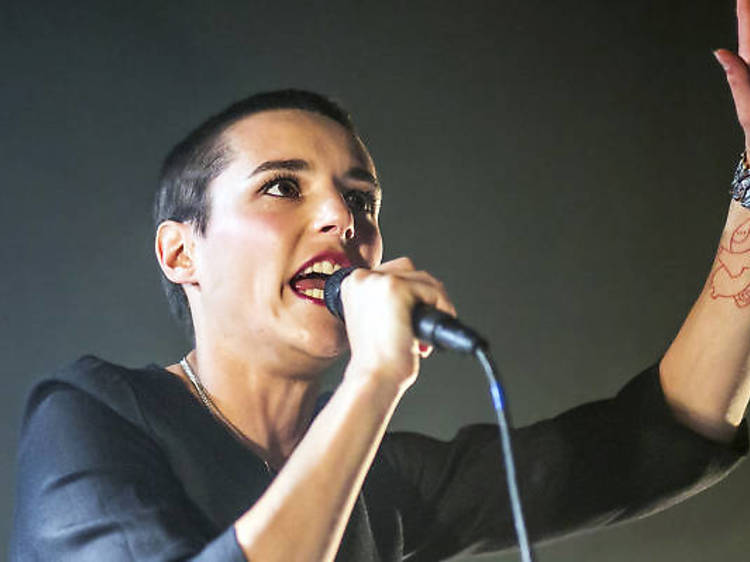 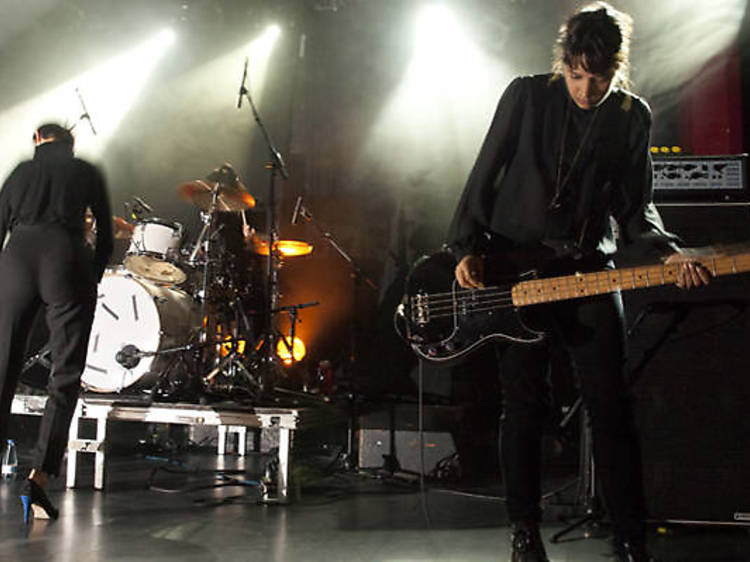 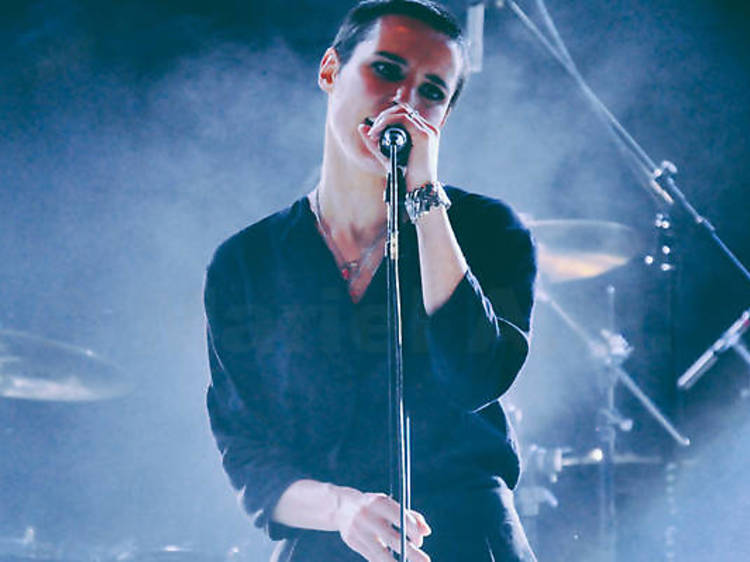 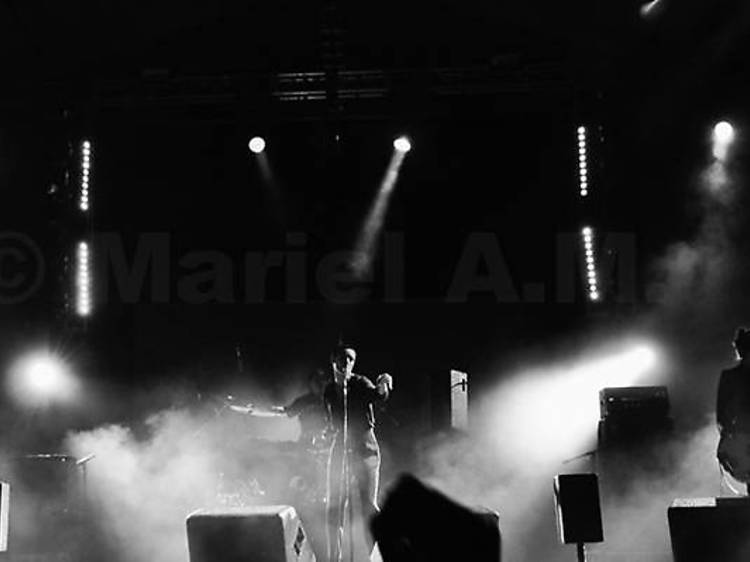