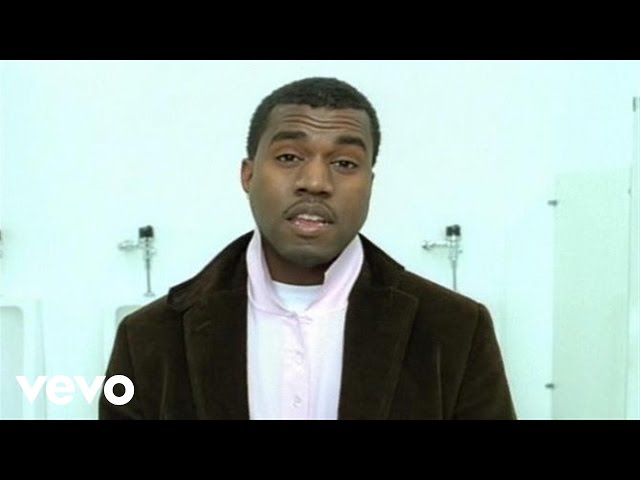 Having grown up in middle-class surroundings in Chicago, when Kanye West first appeared he seemed far removed from the classic street life struggles of hip hop. In fact, West's only real struggle was getting signed as a rapper. He thrived as a producer, however – so much so that he dropped out of Chicago State University, where he’d been studying English, to pursue his music career.

With production credits for the likes of Jermaine Dupri and Foxy Brown under his belt, West was taken on by Jay-Z at Roc-A-Fella Records in 2000. His debut LP, ‘The College Drop-Out’, was finally released in 2004.

Kanye’s father Ray West was once a member of the revolutionary Black Panther Party, and his son also has a rebellious streak – one which he's revealed several times in public. In 2005, during a live benefit for Hurricane Katrina (above), West delivered the memorable statement, 'George Bush doesn't care about black people.' More famous still is the moment (below) when he grabbed the mic from Taylor Swift at the 2009 MTV Video Music Awards to announce that Beyoncé should have won Best Female Video.

He can be far out, but West also preaches sense. He's been a supporter of gay rights, speaking out at gigs and in interviews against homophobia in hip hop. Most notable was an MTV interview where he said, in regards to using the word ‘gay’ disparagingly, ‘I wanna just come on TV and just tell my rappers, just tell my friends, “Yo, stop it, fam.”’

The man who’s always ranting and raving finally revealed a softer side after his mother Donda died due to a complication during cosmetic surgery in November 2007. Two days after the funeral, the Illinois rapper performed at The O2 in London and broke down in tears after singing ‘Hey Mama’, a track from his second album ‘Late Registration’. This became a regular occurrence at West’s live shows (above) for the next three years, including a stifled sniffle on the Jay Leno show.

That’s right: Kanye's bawling baby girl has just entered the world, so the mother, reality TV star Kim Kardashian, will have to handle two Wests constantly kicking up a fuss.

She’s no picnic herself, however. Before her brief marriage to basketball-player ex-hubby Kris Humphries, Kardashian was caught throwing hissy fits over her name change and wedding plans, and after Humphries jokingly threw her into the ocean while on holiday (above).

With role models like these, we’re betting Baby West will be able to give the Mariahs and Madonnas of showbiz a run for their money when it comes to stropping. 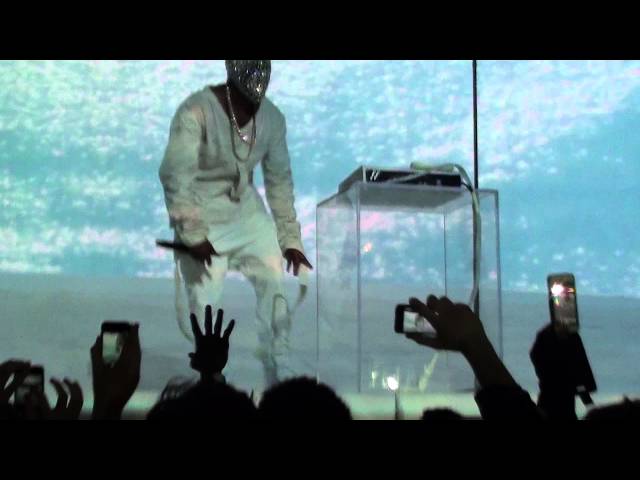 He’s only just celebrated his thirty-sixth birthday, but West has already reached God-like status (in his mind, if not in actual reality). West is one of the most successful musicians on the planet, yet he still manages delusions of grandeur.

He has surpassed the 2006 Rolling Stone cover of craziness, on which he posed as Jesus, by out and out referring to himself as ‘Yeezus’ – also the title of his sixth solo album. And his current stage show (above) is full of apocalyptic landscapes and batshit outfits that include a straitjacket, a crystal-encrusted gimp mask and a KKK-style all-over hood covered in feathers.

Has Yeezy lost the plot? Surely not. As a rap music game-changer – mostly for the good – we can only hope that the big man is carving out a new, albeit eccentric, path for the future of hip hop. 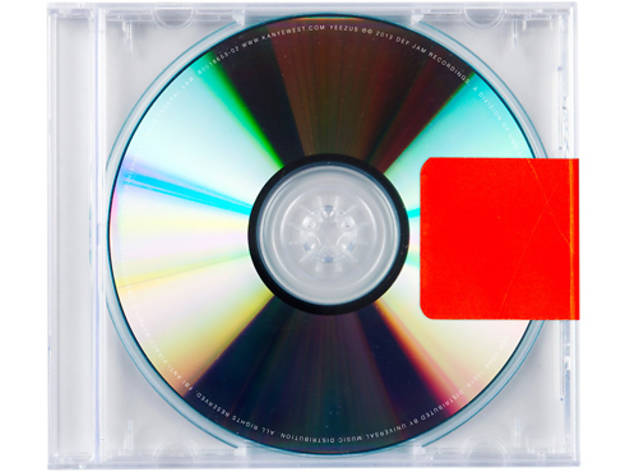 Mr West's greatly-anticipated sixth album finally drops, but does it live up to the hype? Find out what we made it here.