The Rolling Stones on clothes swapping, shoplifting and making an exhibition of themselves 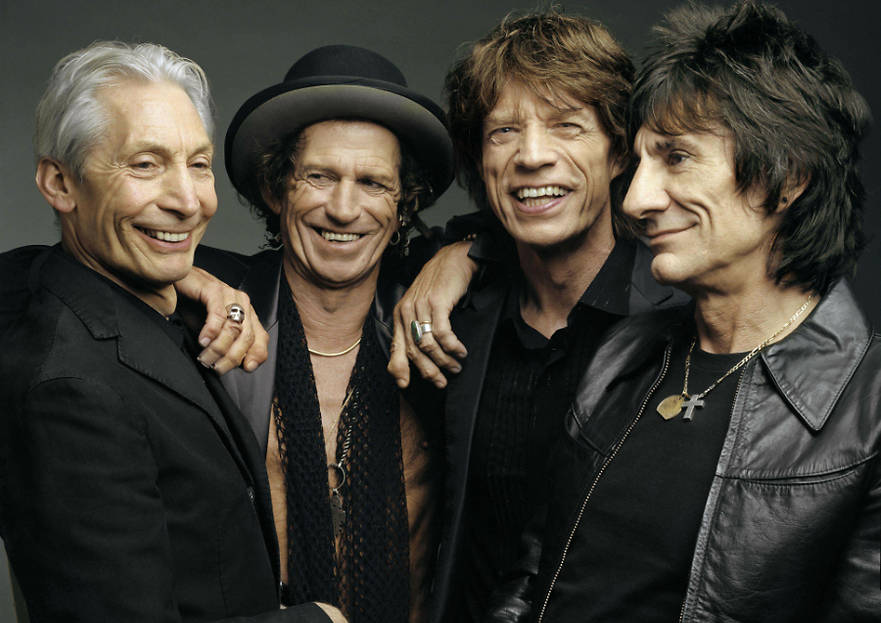 What does a band known for endlessly touring the world do when they reach their seventies? Simple: launch a giant memorabilia exhibition to also endlessly tour the world.  And maybe one day – dare I say it – do so in their place.

‘Exhibitionism: The Rolling Stones’ is billed as a lavish retrospective of, well, stuff from the band’s six-decade history. It promises 500 artefacts from the group’s archive, interactive elements and even a recreation of their first communal digs on Edith Grove in Chelsea. After five months on show at the Saatchi Gallery, it will rove around the globe for at least another four years. The Rolling Stones simply will not fade away.

Since a major draw of ‘Exhibitionism’ is the idea of it helping you get closer to the Stones, I wouldn’t be doing my job if I didn’t tell you everything I learned in my attempts to talk about the show with the boys. So here goes.

I spoke to Mick Jagger on the phone, the day after his ex-wife Jerry Hall married a sexy Aussie hunk by the name of Rupert. He was staying at a hotel in Bogotá (checked in under a surprisingly dull pseudonym) and was in his room, anxiously waiting for the Arsenal v Tottenham highlights to come on the telly. He made me promise not to tell him the score.

Keith, by contrast, I interviewed face-to-craggy-face in the smoking section of Chiltern Firehouse. The best thing about meeting Keef in person is that he adopts an Italian mobster voice whenever he delivers a punchline. It was 5pm. He had an ashtray and a tall vodka tonic to hand. He was good to go. 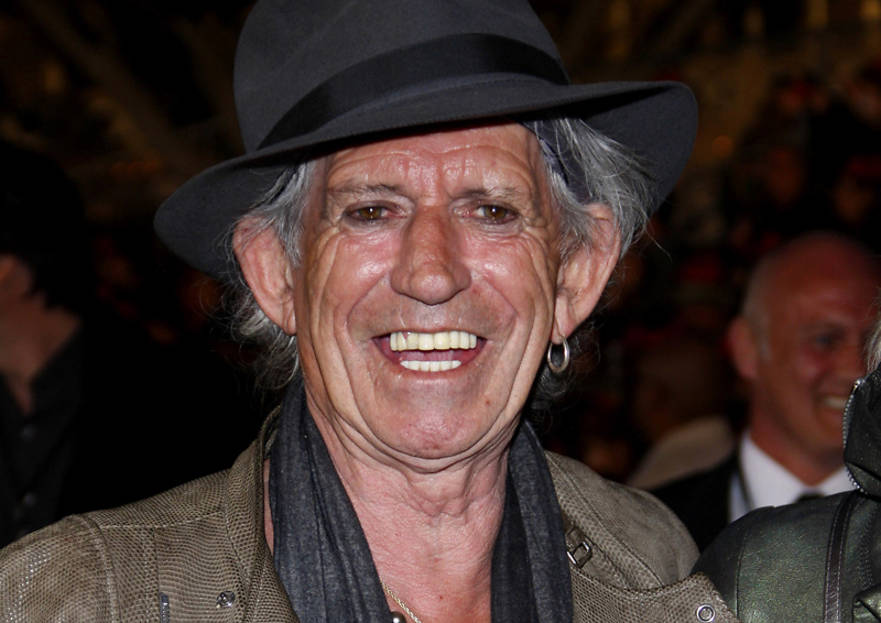 Keith Richards: ‘I'll tap up my old lady for clothes’

How involved have you been with ‘Exhibitionism’?
‘All I know is that I’ve been stripped of half my wardrobe! I still wear these damn things. They’re not history to me – they’re my clothes. I’ll find some more. I’ll tap up my old lady. That’s where most of my clothes come from.’

Do you often swap clothes with your wife?
‘Yup. Anita [Pallenberg, Keith’s ex-partner] and I used to swap clothes. Patti [Hansen, Keith’s wife] and I have always swapped clothes. Even my daughters and I swap clothes. Not so much nowadays – now they just take them.’

If you’re low on gear, I’m sure Mick has some old jumpsuits you could borrow.
‘I don’t wear costumes. I’d rather be stripped naked. Mick and I have never swapped clothes much. There was a point in the ’70s when we all had a load of similar jackets made up and it didn’t matter whose was whose. Except when I got busted with acid in the pocket of one and had to say: “Hey that’s not my acid!” [Adopts Mafia gangster voice.] Well, I’ll take the rap, I guess…’

Thanks for doing the interview, by the way.  You must get so sick of people asking you the same questions, like how you wrote ‘Satisfaction’, for example. ‘ “Satisfaction”? Well, I wrote it in bed. I happened to be alone one night and went to bed with a guitar, and had one of those new tape-recorders with me, and… ’

Erm, sorry, Keith. Let’s try another question.  The Stones are prolific songwriters, so do you think it’s crazy that huge artists today like Adele and Rihanna use so many songwriters?
‘Well, they can’t rely on themselves, can they?’ 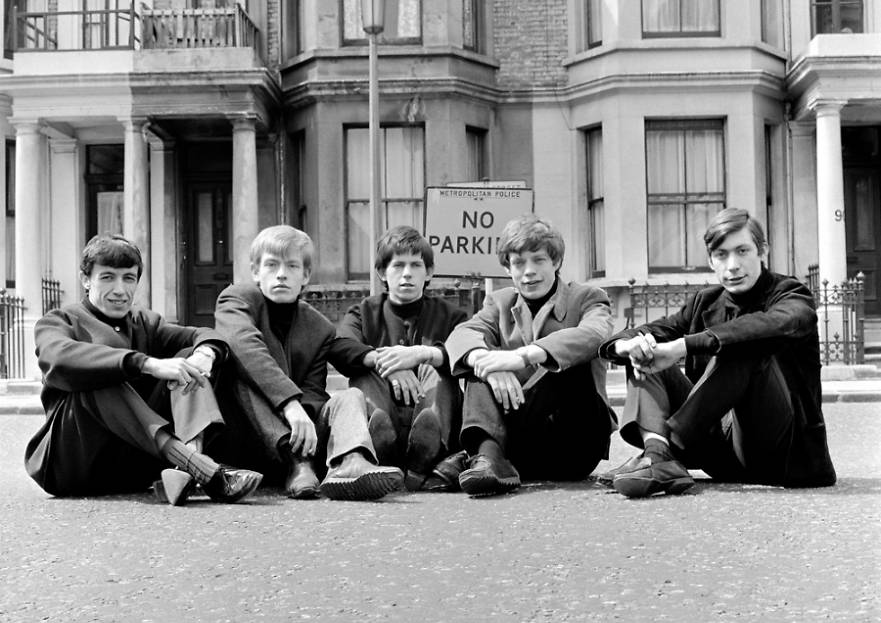 Fair enough. What do you make of music nowadays?
‘It goes round in cycles. We’re in the midst of a heavy-duty “showbiz” period, even stronger than when we killed it last time. “The X Factor” and all this competition shit. It’s just for people who want to be famous. Well, if it’s fame you want, good luck. You’d better learn to live with it.’

‘Exhibitionism’ will have a whole room that recreates the flat you all lived in on Edith Grove. What were you like as flatmates?
‘It wasn’t a home, it was a slum! At the time, Edith Grove wasn’t at the best end of King’s Road.’

What did you do for food and money?
‘We used to shoplift! Also, we’d go to parties and collect all the beer bottles, because you could send them back for money. At a large party, you might come out with £5. That was basically our main source of income.’

And how was your hygiene?
‘Brian [Jones] and Mick sent their washing to my mum. We had another roommate who used to wear his underpants on his head.’

I guess that’s a way of keeping your pants clean.  I can’t picture Mick living in that kind of filth.
‘Oh, he can be squalid like the rest of us! It’s been many a year since I’ve seen him in squalor, mind.’ 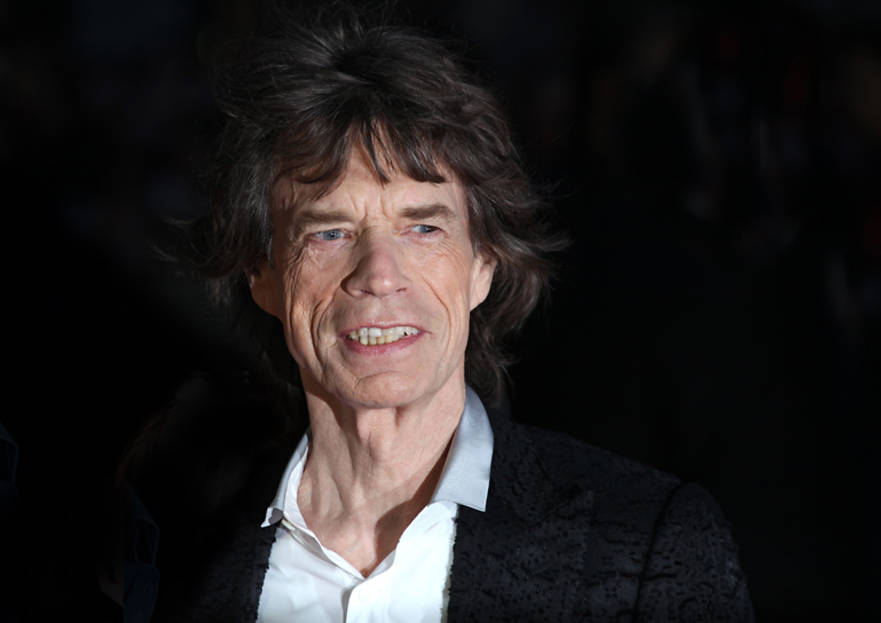 What’s the process of putting on ‘Exhibitionism’ been like for you?
‘Obviously it’s very personal for me, but you have to divorce yourself from all that and make it an experience for someone else. I mean, it’s not for my enjoyment! Don’t get me wrong, though – it’s fun to do.’

‘Exhibitionism’ is quite a hard concept to grasp. What would you compare it to?
‘There’s not much to compare it with. I never saw the David Bowie exhibition at the V&A. You could compare it to the Alexander McQueen show, for example. Or the Abba museum in Stockholm – that’s kind of interesting, even though Abba and the Rolling Stones are somewhat different…’

Did you have a clear idea what you wanted out of it?
‘Yeah, when we started talking about this about five years ago, we always said we wanted a lot of space, so that there was room for our stage pieces. We looked at doing it in some huge warehouses, but they were all out of town. What I didn’t want was for it to all be on screens. People live their lives on screens so much that if people don’t see a screen for a second, they think they’re not alive.’

I know it’s still coming together, but what can people expect?
‘It’s the opposite of a corporate exhibition, in a way, because it’s so real. It’s not going to be predictable; there’s a few twists and turns in it. The entrance room is a timeline of the band’s history, there’s a recording studio room – based around Olympic Studios – and a recreation  of the house we lived in on Edith Grove: from  a slick opening, people will go into this down- and-dirty room.’

What were you all like as housemates, back when you lived on Edith Grove? What was the dynamic between you in those days?
‘Well, we never used words like “dynamic”. Not in that sense, anyway, Oliver! I can’t really remember, is the honest truth. I know that Brian and Keith were there all day, while I was going to the LSE. And it was definitely a time when we were working hard, learning the blues, endlessly, all night… imbibing it. It was a major part of the band coming together.’ 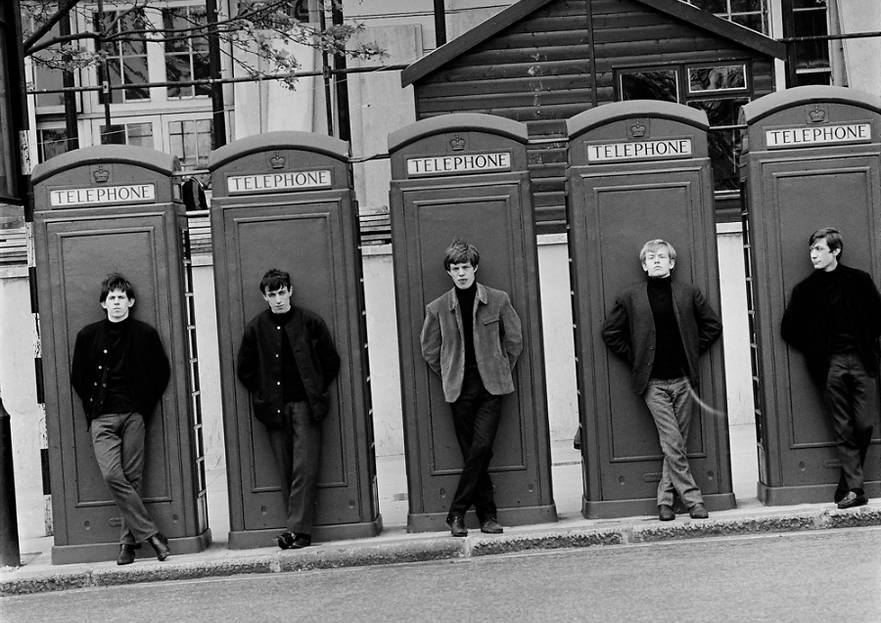 It’s almost impossible nowadays for a band to  be able to live right in the city and exist like that. Are you aware of how lucky you were?
‘We were just living a student lifestyle. There were lots of other people living that kind of lifestyle back then. We didn’t think we were particularly lucky. During those days we hardly had any money at all. Our parents used to give us some, like if we’d spent too much money in the pub and didn’t have enough for food, know what I mean?’

When I talked to Keith, he was complaining that his whole wardrobe seemd to have been cleaned out for the exhibition.
‘I think it’s a good Keith story. Actually, my  kids have a lot of clothes they’ve borrowed off  me, so I’ve mostly been getting them back from my daughters. They’ve been wearing them all  this time.’

The poster for ‘Exhibitionism’ was accepted all around the world, but Transport for London decided it was too rude and made you alter it.  Are you surprised at how prudish this city is?
‘Well, it was never my intention to make it rude! It’s odd that people are still banning Rolling Stones posters on the tube.’

‘Exhibitionism: The Rolling Stones’ is at the Saatchi Gallery. Apr 5-Sep 4. £19-£21. www.timeout.com/exhibitionism 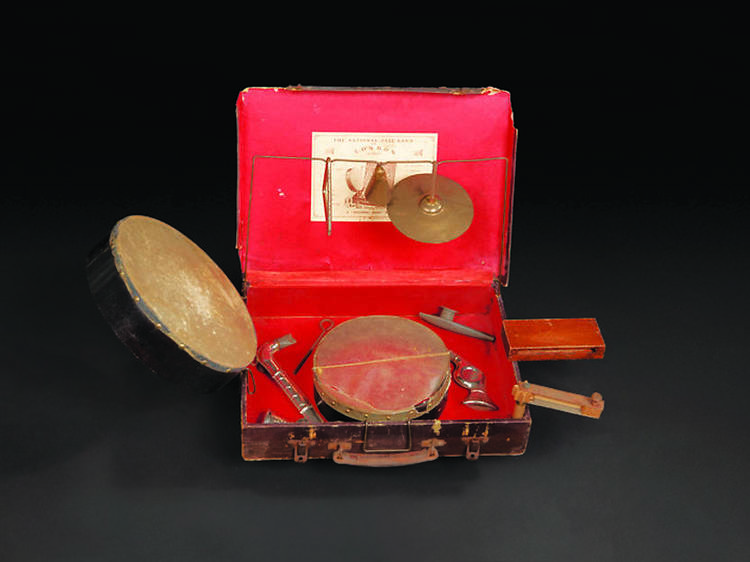