Britain loves a comeback. It’s why we watch shamed soap stars as they chomp through koala anuses to win a Bushtucker Trial. We take delight in seeing celebrities get knocked down and then work twice as hard to earn our affection all over again.

That’s why, back in June 2015 when Time Out interviewed Craig David, we should have guessed that the boink master’s comeback was going to be more than just a 15-minute return to the spotlight. At the time, he was more of a figure of curiosity. The stench of ‘Bo Selecta’ still clung to him like a plastic kestrel, and he was more talked about for Instagramming motivational quotes than for his music. Despite this, nostalgia for ‘Born To Do It’-era David was growing.

The singer’s return to music has been perfectly timed. Last year, the kids of the noughties were so sentimental about their collective childhood that S Club 7 managed to sell out The O2. Our Facebook feeds are full of ‘Surprise! Ben from “Friends” is now a hot hipster!’ headlines and London is packed with R&B club nights essentially rinsing ‘Now That’s What I Call Music 42’.

David could have just cashed in on his old fan base by playing some big-money arena shows, but instead he tactically brought TS5, his DJ-set-cum-live-vocal-performance, to some cooler Hackney venues like Oslo and Shapes. He even managed to get a slot at Fabric. Admittedly, he’s not DJ EZ – his sets more recall a student-night PA – but the fact that he wasn’t crooning his way through ‘7 Days’ for hen parties in deely bobbers re-legitimised David as an artist.

Since his London show, he’s worked with grime MC Big Narstie and released Radio 1-playlisted single ‘When the Bassline Drops’. There’s an album due later this year, and TS5 comes to the Electric Ballroom this week and Koko in March. Suddenly, David’s got gigs on Monday, on Tuesday… Well, you get the idea.

Everything that Leigh Francis ridiculed about David – his exaggerated persona, his ego, his eccentricity – now works in the singer’s favour. Like meme-kings DJ Khaled and Drake, everything he touches turns to viral content.

In fact, David’s 1Xtra mash-up of ‘Fill Me In’ and Justin Bieber’s ‘Where R U Now’ was a full-on Susan Boyle moment. No one expected it to be that good. Even he looks shocked in the footage.

It’s this combination of nostalgia, love for the underdog and Craig 2.0’s apparently genuine surprise at his own success that has made Britain fall in love with the singer again. I don’t think even the man himself could have predicted that his Live Lounge cover of Bieber’s ‘Love Yourself’ would provoke such an England-scores-a-penalty ‘get in!’ from the public. The clip’s been viewed more than 1.5 million times on YouTube.

He got knocked down, but he got up again, you’re never gonna keep Craig David down. Unless his album’s crap, of course.

Read an interview with Craig David 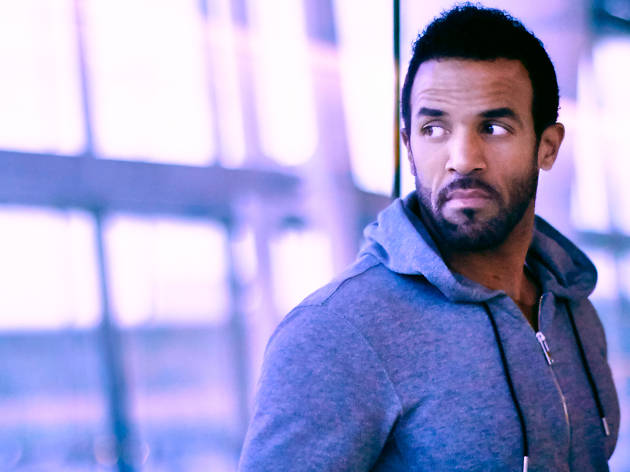