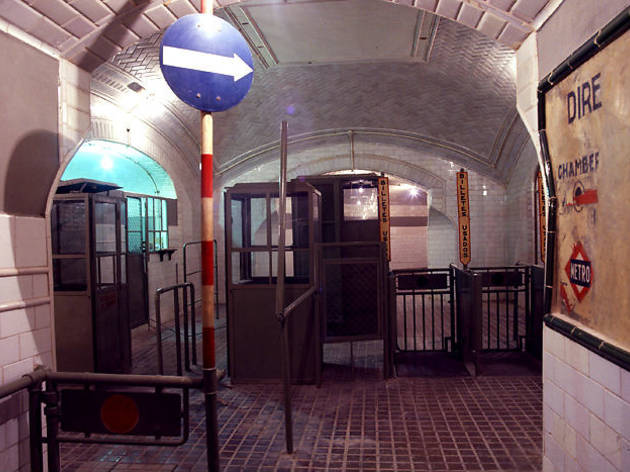 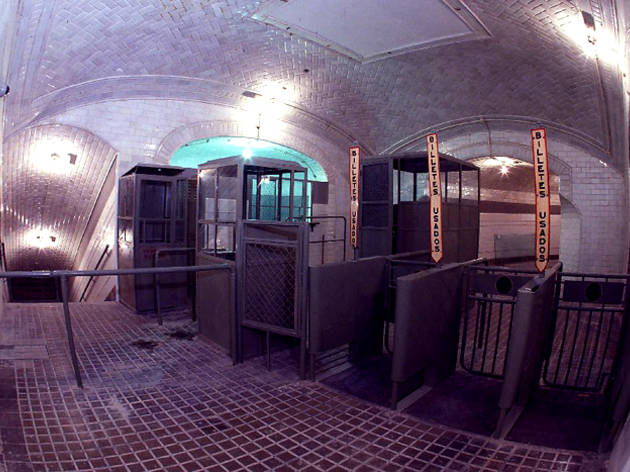 The Madrid metro is an integral part of local life: it's written in the DNA of madrileños, and we have it branded into our skin. Just imagine if at the end of our lives we were to count up all the hours we've spent underground, all the novels we've read on the metro, all the conversations we've had (or wished we'd had)... This museum space brings up those recent memories and has you thinking about all the lives that have moved through the metro since it first appeared in the 20th century as a revolutionary form of urban transport par excellence.

Andén Cero (literally Platform Zero) is made up of two spaces: the Nave de Motores de Pacífico and Estación de Chamberí. Both buildings have been restored so you can see how they were originally conceived in about the 1920s. Going into the Estación de Chamberí, which used to be part of Line 1 on the metro (between the still-active Iglesia and Bilbao stations) and seeing how it would have been in the first half of the century, advertising posters and all, is a moment worthy of a scene in 'Back to the Future'. No movie set could match it. An exhibition about the metro and its effects on the city and citizens round out this visit to the past.

The Nave de Motores ('Engine Hub') will appeal more to those with a soft spot for the technical, though it's geared toward all visitors. You can see three diesel engines and the machination that makes trains work. During the Spanish Civil War, the city's electric energy also came from here, though over time and with the arrival of other electricity centres, this station (which in its day was the most powerful in Spain) fell into disuse. It's a good place to take kids for an outing. Plus, it's free.