The arrival of nearly 3 million visitors to Madrid is a good bit of evidence of the importance of World Pride, on from June 23 to July 2 in the city. For the occasion, Madrid is pulling out all the stops with these LGBTI Pride celebrations, creating a cultural and entertainment programme that's almost impossible to tackle. In addition to offical events, the mega parties in clubs, and high-heel races, we suggest these alternatives to enjoy the big event in a slightly different way. 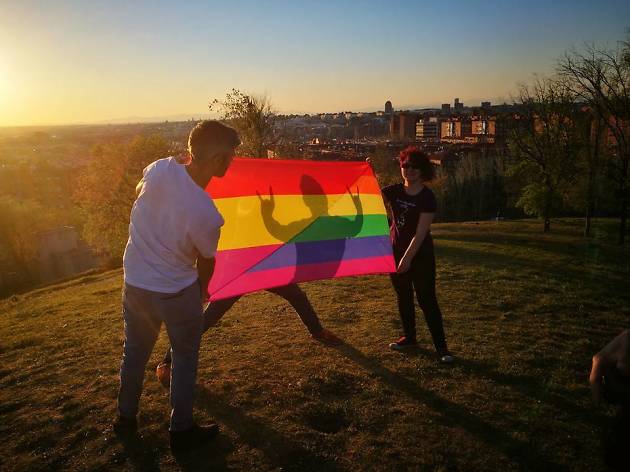 Orgullo Vallekano is a programme of Pride celebrations in the Madrid neighbourhood of Vallecas, which started in 2016 to create visibility, educate, raise awareness and fight for equality and rights of LGBTI people in the neighbourhood. The organisation is putting on a big party in the Cerro del Tío Pío (popularly known as the Parque de las 7 Tetas, or Park of 7 Tits): the Festival 7 Tetas 6 Colores, with performances by La Prohibida, Algora, Dnoe, Pupi Poison, Carolina Sobe and more, including Roma Cabaret as your mistress of ceremonies. The show is outdoors and it's free. You can also check out the LGBTI art exhibition 'El Puente', which features participating artists Dimas Fernández, Fran de Gonari, Marcelo Mendonca, Cachorro Lozano and Antinoo, among others, at the Espacio ‘La Dialéctica’ (Sierra Carbonara, 34). What's more, Orgullo Vallekano are holding their own demonstration on June 28, recalling that of 1981. You'll find poetry recitals by Gloria Fuentes, gay rugby matches, sun hat parties, lesbian film sessions, cabaret, and more, all under the halo of this working-class neighbourhood programme, and alternative celebration to the more commercial fiestas during World Pride. 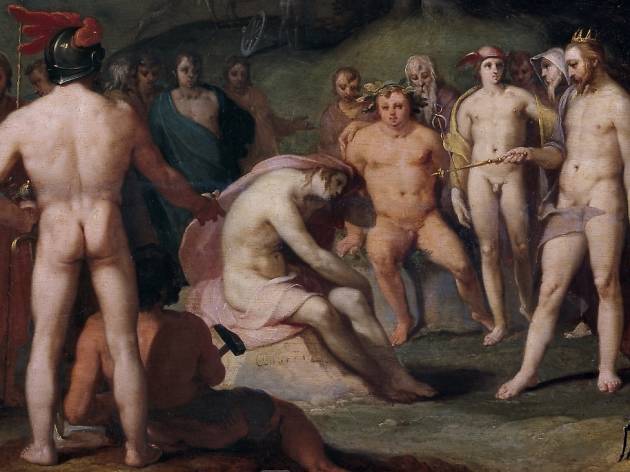 To coincide with World Pride, the Prado Museum is hosting the exhibition 'The Other’s Gaze. Spaces of difference', a new exhibition itinerary through a careful selection of works where you're invited to consider the historical reality of love between people of the same sex and its ups and downs. From Antinous to Caravaggio, the Prado shows the consideration and the fortune in art and society during the time of the artists, models and collectors whose memory has been marked forever by their sexual identity. A spectacular tour of the gayest paintings in the museum.

Marta, Cariño! puts on this mini festival during World Pride that brings together flamenco, theatre and gastronomy. Flamenco Diverso is the first LGBT flamenco festival ever. In this first edition the biggest stars on the current flamenco scene come together. As for the culinary side, you'll find events on product-based Madrid-style cuisine, with guest country Argentina in on it as well, and featuring chefs David Marcano from Madrid and Gonzalo d'Ambrosio from Argentina. Plus, if you're feeling confident about your Spanish or you aren't afraid of a new experience, don't miss the plays programmed expressly for the celebrations in the Teatros Luchana from June 22 to July 2, screenings of gay films, and the climax with the ‘Marta, Cariño! World Prive Experience Main Party’, on Sunday June 25 in the impressive Tirso Club, with a stellar line-up of DJs and artists. As a finishing touch, music is provided by electro-pop duo Hidrogenesse (Carlos Ballesteros and Genís Segarra), with a single concert on June 27. 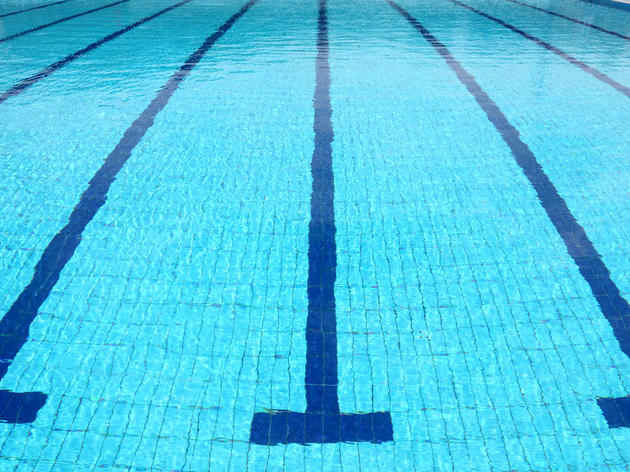 Another idea if you fancy escaping the crowds of the centre is to head to one of the gayest swimming pools in town. At Lago they've got two pools, and the smaller one upstairs is completely gay-friendly. During Pride the swimmers multiply, and since the Metro Line 1 connects Lago with Tribunal, that means all of Chueca can escape the heat here, with the bonus of meeting some new friends. Show off your own or check out others – from ripped to dad bod, all are welcome. 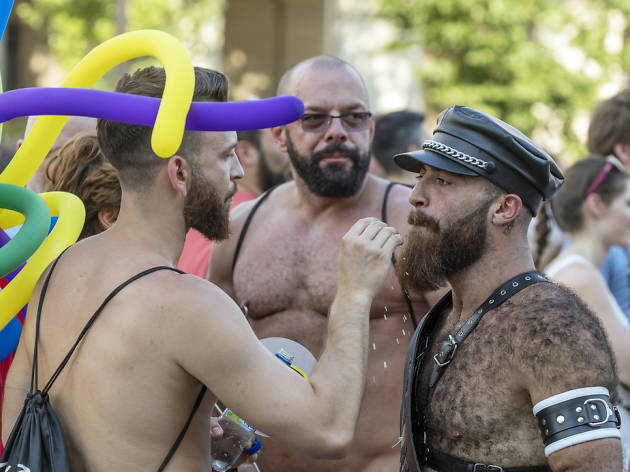 Chueca has been their stomping grounds since the mid '90s. With their beards, their beef and a Spanish interpretation of the lumberjack look, bears have gone from being the ugly ducklings of the gay world to a new kind of sex symbol. The pack of bears in Madrid join in on World Pride fun with their Bear World Pride, featuring a route through their usual haunts – Hot, Enfrente, Zarpa and Bearbie – and plenty of group activities organised bears feel good in their own fur and at their nocturnal rituals. Spinning music are Alvaro DJ with funk sessions, Spunky DJ with electronic music, and Yanguas with a selection of retro non-commercial and cult pop.

‘Yo Soy’ is a Trans(Artística) exhibition from the Cervantes y Compañía bookshop that's on as part of the official World Pride programming and dedicated to all transgender people seeking reflection and an approach to the set of transgender identities that are not grouped within gender binarism (masculine and feminine): transgender, transsexual, transvestite, drag queen, genderqueeer and intergender. A series of very diverse artists have interpreted the trans theme in their own way and with complete freedom. The idea is to defend the right of each individual to be however they want without evil campaigns painted on the side of buses or minds blinded by religious fanatacism impeding that. You'll see collages from Adriana Bermúdez, Aurora Duque, Carmen Alvar, Ginexín, Javier Serna, Lo Súper, Mª Eugenia Conde, Pablo Ballesteros, Susilo Su, Miguel Angel Martín and Tanja Ulbrich, among others. It's a great way to support collectives on the outside of the gay mainstream.

Gay saunas are heating up for World Pride – some are even part of the official Pride circuit – so much so that they're an institution on the entertainment calendar for gay men (lesbians, not as much). During the Pride celebrations, some of Madrid's biggest saunas are open 24 hours, and are sure to be the venue of unofficial after parties. Among the most popular saunas are Center (which doubles as an after party for anyone who wants to go), Octopus (for bears and a mature crowd), Paraíso (for all ages) and Lavapiés (frequented by clients of various ethnicities). Undoubtedly this is a great way to see what's cooking in the sauna ambience.

During World Pride the gay areas are diversified much more than usual, and one of them that's full of life every Sunday is the neighbourhood of La Latina. Sunday evenings and nights here turn into a mini Chueca with a circuit of gay-friendly bars and taverns. One of the musts on the route (along with La Sixta and El Perla) is El Atril. This fun bar embodies the gay festival spirit with unpretentious, fresh and flamboyant parties that only ask that you hang out and have fun. It's a good alternative to the bustle of Chueca.

Fetishism is also a demonstration of gay culture, and during the World Pride celebrations, you'll find plenty of parties and events that focus on the theme, mixed with good sessions of hard techno and dark house. One such event is Sleazy Madrid World Pride, which encompasses various sessions, such as the Odarko club on June 29 at Strong Center, Sleazy Madrid Morbo on June 30 at the Palace, or Into the Tank on July 1 at Changó. Fetish attire (leather, rubber, sport, lycra...) and masculine attitudes abound.

This 'Critical Pride' is a Pride event that oposes the consumerist pageantry of World Pride and gives a voice to people who don't fit into the ideal gay world of Chueca; that is, older gays, poor gays, gays who aren't necessarily in great physical shape, those who aren't consumers, who don't have work, etc. Every year in Lavapiés they organise their own demonstration that includes witnesses to gay activists of the '70s and '80s. For them the fighting spirit out of which Pride was born in 1969 during the Stonewall riots has turned into a festive event that is always more exclusive and geared toward those with enough money in the bank to pay to attend the the party. If you agree, head to the demonstration on June 28 in Lavapiés. They've also got a presence in the #Stopplumofobia campaign, which you can see in various media and social media.