La Purísima could be the disco version of Marrakech. Given the success of "Marra", as the regulars call it, the owners decided to open a second space. This one is the opposite, much wider, darker, designed especially for dancing and making out under strobe lights.

Before entering, a spectacular phrase framed in lights welcomes you with the only entry requirement: "Pare de Sufrir!!" (Stop suffering). The walls are black with crimson highlights and pictures that are far more pornographic than pure. There are also tables and armchairs along with a stage for the muscle-bound strippers to grind on.

The funniest and most politically incorrect are is the bar. There is a mirrored wall adorned with busts of the Virgin Mary; the namesake of the club “La Purísima.” The Basilica de Guadalupe in Mexico City doesn’t even have this many Virgin Mary’s.

There is one tiny gripe: even this spot couldn’t make the miracle of gays listening to actually good music happen. There comes a time every night where the most stereotypical pop in all of Mexican LGBT, Gloria Trevi, starts blaring. It’s a bummer because most of the night there is good house and pop music playing. Either way, we’ll put up with the occasional Gloria Trevi for the size of this dance floor alone. 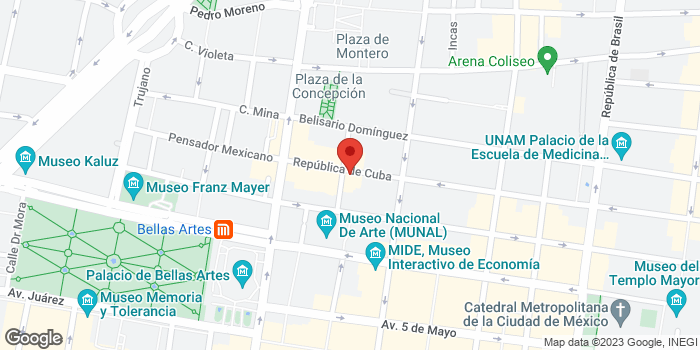