It’s always been a college. Even when it was a new facility in 1588, the Jesuits gave classes here. Just 30 years later in 1618, King Felipe III of Spain donned it with two important adjectives: The Royal and Oldest College of San Ildefonso.

Throughout the centuries, the building also became the barracks for the Mexican army, and again a college, and then again a barracks, until 1867 when Benito Juárez’s government established the space as the National Preparatory School, which it remained until it closed in 1978. It reopened as a cultural space in 1992, and from that moment on has housed a few of the city’s most memorable exhibitions.

Inside the building you’ll find the diverse murals of artists such as Jean Charlot, David Alfaro Siqueiros, José Clemente Orozco and “The Creation”, Diego Rivera’s first mural. As if that weren’t enough, the space has also been a showroom for viceroy, modern and contemporary art. Among its most recent stand-out exhibits have been Ron Mueck’s giant hyperrealist sculptures, the work of José Saramago, Antony Garmley’s fascinating pieces and paintings by Marilyn Manson.

All exhibits are usually accompanied by workshops and conferences, as well as activities during the evening hours so that those of us with day jobs don’t miss out. As a bonus, it’s one of the few museums that has a formal restaurant, not just a deli. We recommend a coffee with a view of one of the building’s beautiful patios. It’s a relaxed environment that takes you far away from the chaos of the city. 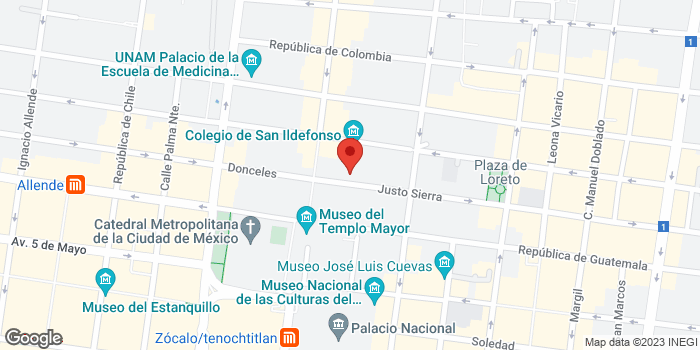