Located in the Centro Histórico, along Calle Donceles, is a majestic building that has born the name Esperanza Iris (1884-1962) Mexico’s “queen of the opera” for 100 years. In 1918, despite being in the throes of the Mexican Revolution, this building was constructed as one of the most important buildings in the country, as so it remains.

Its architecture is inspired by neoclassical Greek and Roman temples (iconic columns and pilasters). It also features the busts of Giuseppe Verdi, Georges Bizet, Franz Lehar, Jacques Offenbach and Esperanza Iris. In its early years, this place became the exhibition space for great artist who debuted their works here in Latin America, even before taking them to New York, like Enrico Caruso, María Conesa and Giacomo Rimini.

These days it’s home to the Coordinación del Sistema de Teatros de la Ciudad de México, and has been the headquarters of numerous festivals such as the Festival del Centro Histórico and the Festival Internacional Cervantino, as well as awards shows, including the Premios Metropolitanos, and the awards of the Asociación de Críticos and Periodistas Teatrales and los Premios Fénix. 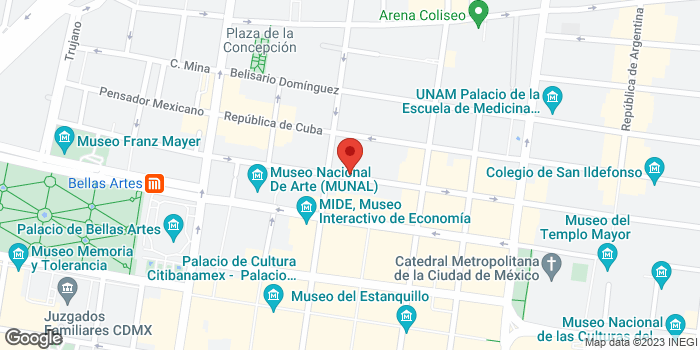