Its official name is Monumento a la Independencia. It’s a meeting point and a starting point. While those who step foot here may not know it, they are standing on the remains of those who made this country. Before becoming the headquarters for important social protests and rallies, the monument was a mausoleum formed by a slanted zócalo, a quarry-stone column standing 35 meters high, and the statue of the Winged Victory of Samothrace at the top – designed by architect Antonio Rivas Mercado.

Also referred to simply as “El Ángel,” the monument has a small 360-degree lookout. To access the top, you must ask permission at the Delegación Cuauhtémoc (Aldama s/n, esq. Mina, Buenavista), in the Patrimonio Cultural area, from 10am to 2pm.

The person in charge of the group that will go to the lookout must show their official identification (INE) in the Patrimonio Cultural, where they will provide you with a date and time for your visit. The procedure is free of cost. 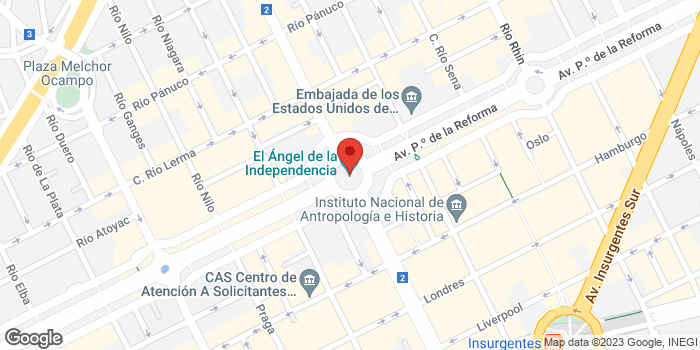