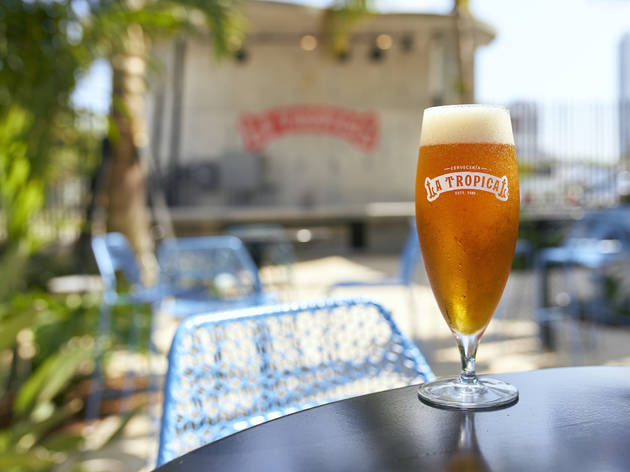 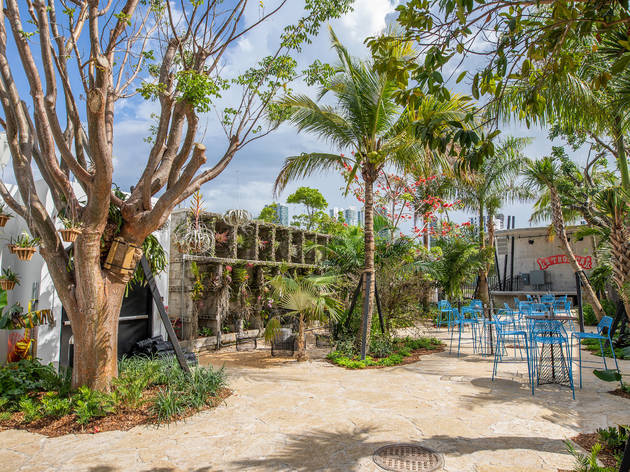 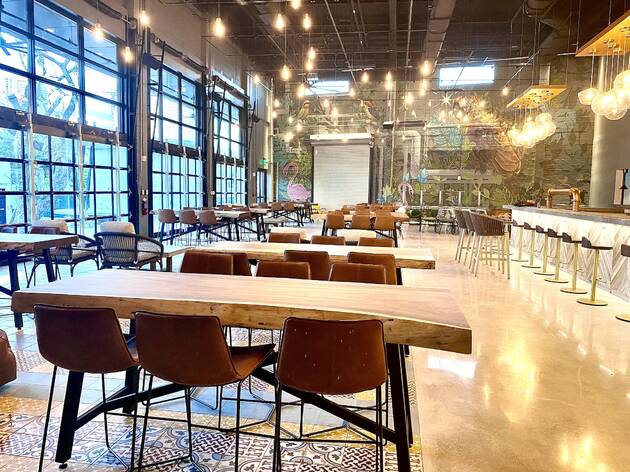 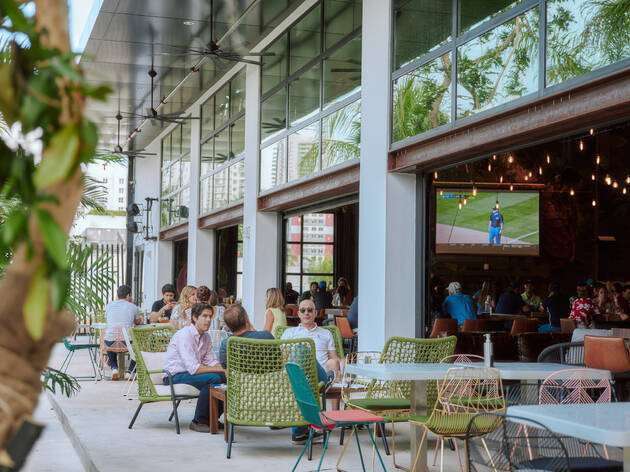 Manny Portuondo spent years researching the Cuban brewery his ancestors founded in 1888. Cervecería La Tropical was once Cuba’s best-selling beer, and Portuondo dreamed someday he’d start his own version of it in Miami. After 23 years of looking for the original recipes, Portuondo, a former Burger King executive, learned the former head brewer of La Tropical just happened to live 10 blocks away from him in Miami. Portuondo used the recipes he got from the brewer to open his own version of Cervecería La Tropical in Wynwood.

The place is both a shrine to the brewery tradition in Cuba and to modern design, with an outdoor space that would rival many botanical gardens. Rotating murals on the walls outside the gardens are testaments to the struggles of Cuban nationals. But in the courtyard, it’s paradisiacal, with shade trees covering tables spaced out along the patio and a stage for live music. Inside there’s a giant glass wall separating the modern brewery space and its long communal tables from the brewery beyond. The place has something rare for any brewery anywhere: taps that bypass kegs and come directly from the brewery’s tanks.

Portuondo partnered with the folks from Heineken for the build-out, and the beers seem like a marriage between German and Cuban styles, including La Original amber lager, La Mar German pilsner and the Tropipassion wheat beer with passionfruit. The food at La Tropical was dreamed up by chef Cindy Hutson of Mango Gang fame. The menu is largely Cuban-influenced bar food: brown beer can bread with whipped guava butter, jerk chicken wings, Cuban sandwich empanadas. Hutson’s background cooking Florida-Caribbean food is most evident in dishes like the escabeche, a comforting curried stew of peppers, onions and corvina.

On the walls, you’ll find family photos and historic shots of the original brewery in Havana. The place is an ode to everything Portuondo’s family did to get here, like the years his father spent in Castro’s prison. La Tropical is an expat here and very much a Miami story. Portuondo built a fine place to toast to it all. 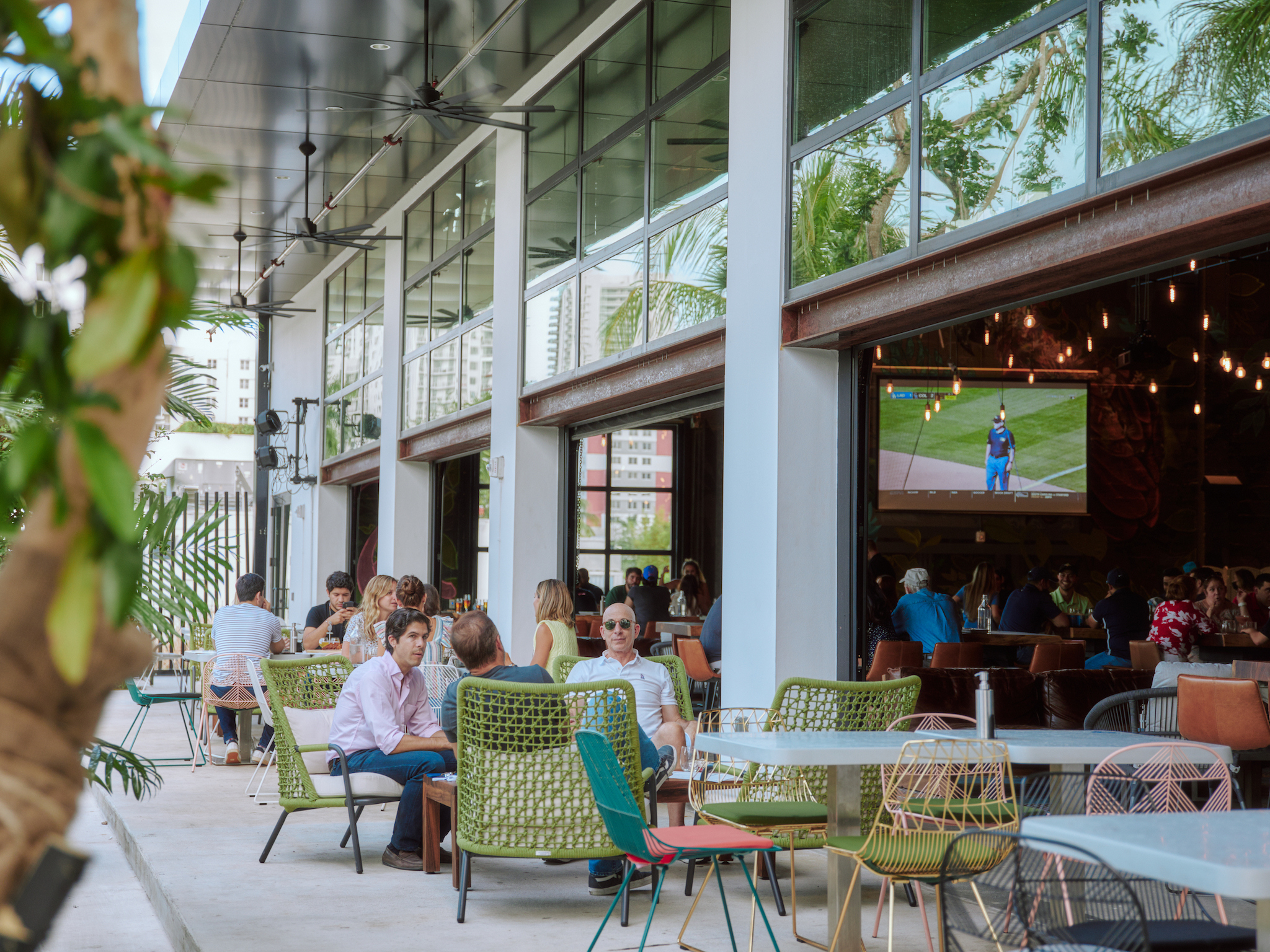