Restaurants, Caribbean Downtown
5 out of 5 stars 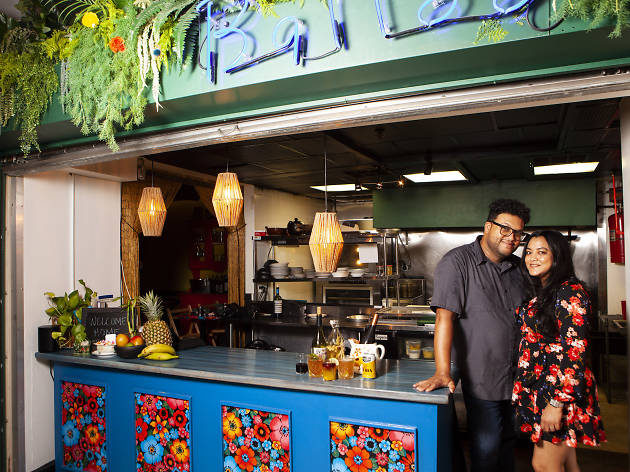 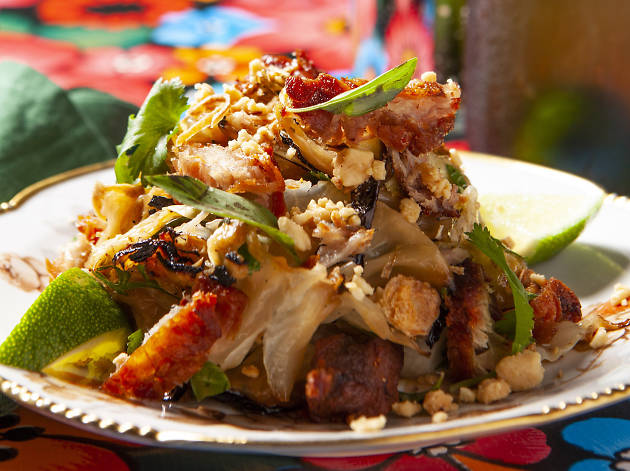 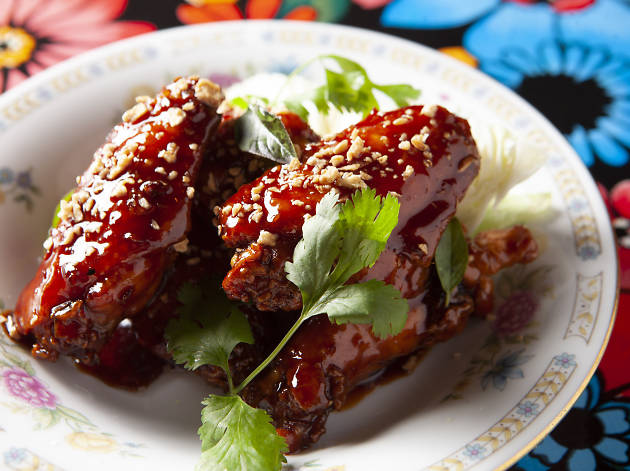 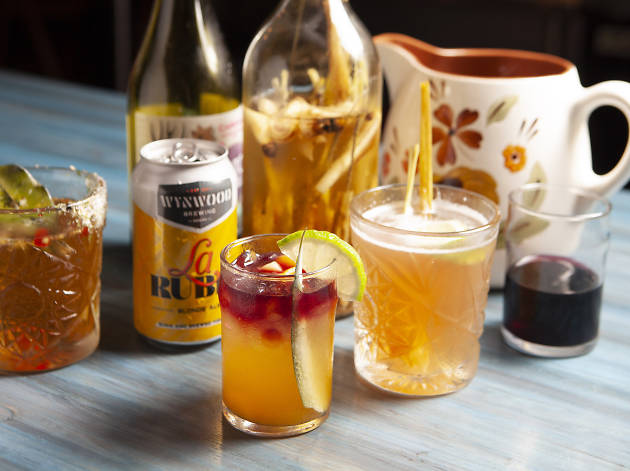 Ten years go, when Timon Balloo opened the Sugarcane raw-bar grill as a chef-partner, he introduced the city to our most pervasive food trend: globally inspired small plates designed
for sharing. Back then, we didn’t know bacon-wrapped dates would blow up to be the massive appetizer sensation we know it to be today, nor were we inclined to let others pick off our plates. Lucky for us, he’s doing something similar with his funky namesake restaurant in the heart of Downtown. Balloo’s eclectic, deeply personal menu, which draws from the chef’s Caribbean and Asian background, dares us to be open-minded, introducing dishes we’re sure to fall in love with if we give them a chance. Never tried goat, bull or some other form of island delicacy? This is the place to be adventurous.

Seasonality, creativity and nostalgia all seem to drive the frequently changing selection. Expect the pickled veggies in the small-plates section to be whatever’s the freshest and the seafood proteins to rotate depending on availability. Dishes such as the Trini-spiced oxtail with pigeon peas or the curry snapper point to the chef ’s heritage and his early influences. The black-and- white family photos hanging in the rustic yet vibrant, 21-seat dining room, as well as a large collage of Balloo’s favorite 1980s characters, allow customers to reminisce with him.

During service, Balloo is usually in the open kitchen making nearly everything himself, though he’s not above serving duties. During our dinner, the chef brought out the rich roasted curry calabaza with labneh and explained how to mix up the ingredients to create a thick spread for the warm, soft roti bread. That vegetarian starter and a light, bright beet salad eased us into the meat-centric meal that followed. A burnt cabbage mixed with a tangy Thai chili sauce with peanuts seemed like a salad but actually served as a vehicle for the crispy, crave-worthy pork bits on top. We definitely could’ve used less roughage and more juicy meat in that dish. From the medium plates, the sticky fish-sauce caramel wings were a messy hit. You can try to fork-and-knife it, but you’ll miss out on all the Thai spice lurking closer to the bone.

Balloo’s beverage program follows the recent natural- biodynamic wine movement, with an emphasis on small-batch producers. For example, the Schwaderer Pais Brut, made by two Chilean sister oenologists, is a sparkling wine that’s produced in the style of champagne. It’s refreshing and more subtle than your average glass of bubbly. If you can’t tell a rosé from a brut or need help pairing your meal with one of the esoteric vinos, the wine- enthusiast servers are knowledgeable and eager to help.

After years of focusing on what’s trendy, the chef is looking inward—and backward—for Balloo’s inspiration. The home-style meals that tell his and his family’s story might be unfamiliar to some, but there’s comfort in knowing that a pro is carefully guiding you on a delicious new journey.