“Love is hard,” sighs Rooney Mara, her gaze sloping down to the table between us as she breaks eye contact for the first time since we started talking. She’s not wrong, and she should know: The 30-year-old actor spent a long time thinking about the big L to prep for Carol. In her latest film, Mara plays Therese Belivet, an introverted shopgirl who dreams of becoming a photographer but can’t see herself well enough to know what she wants to capture in other people. That changes with a single glance from flirtatious housewife Carol Aird (Cate Blanchett), who saunters up to Therese’s counter. It’s a few days before Christmas in 1950, and homosexuality is still considered a mental illness; there isn’t even a word for the ineffable sense of purpose that has suddenly gripped Therese by the throat. “So hard,” echoes Mara.

I have to reorient myself for a moment. Despite the fact that Carol is one of the most heart-stopping romances ever committed to film, this conversation has nevertheless drifted light-years from the one I expected to have with an ingenue known for her ability to express with a distant stare what Julia Roberts can with a smile. It’s a crisp morning in early October, and we’re sitting in the basement of the Crosby Street Hotel, surrounded by floral decor so loud it looks like someone glued potpourri to the walls. It hardly seems like the proper place to sit for a chat with the star who played a violent punk hacker in The Girl with the Dragon Tattoo so convincingly that her performance earned her both an Oscar nomination and an enduring reputation for being icy and impenetrable. In the moments before she arrived, I couldn’t help but wonder if it might have been more appropriate to conduct the interview from opposite sides of a crowded elevator.

But to my (pleasant) surprise, Mara is neither cold nor distant. “Is that vintage?” she asks me upon entering the room, referencing my rumpled Joy Division sweatshirt with a fresh coffee stain on the right sleeve. It’s Urban Outfitters. “Could have fooled me,” she says. I’ve seen Carol four times, each viewing reconfirming that the actor was the perfect choice for the part of Therese. And in just four words—could have fooled me—she’s helped me finally put my finger on why: Mara is an artist who’s constantly looking for the truth—the truth about the world, about silly things and big things and, most of all, about herself. She may love to act, but she hates to pretend. That’s why she’s remarkably present throughout our conversation, drawing my focus and returning it in equal measure; that’s why The Social Network director David Fincher cast her as the girl who gave Mark Zuckerberg the scar that would scab into modern social media.

When Mara reflects on her latest character, she might as well be talking about herself. “Therese doesn’t really fit into this cookie-cutter world that she’s in, and she’s not really sure why.” Her eyes drift away for a moment as she incants to me the most resonant line of The Price of Salt, the 1952 Patricia Highsmith novel from which Carol was adapted: “What a strange girl you are…flung out of space.”

“If you don’t have life experience, then how can you pretend?” 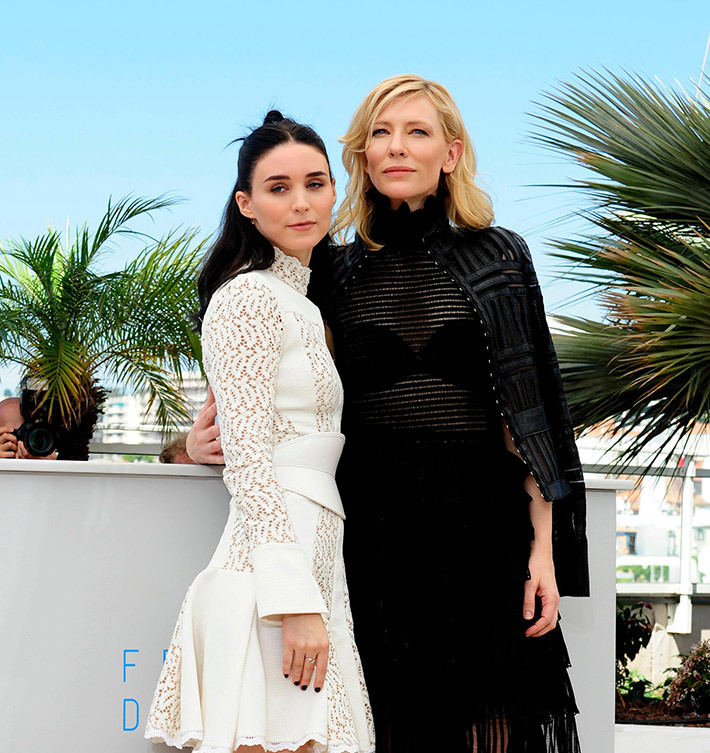 The Bedford, NY, native has certainly led a charmed life, but it’s easy to imagine why she might be attracted to playing outcasts and misfits and why she relates to characters who don’t see themselves reflected in the world that’s been prescribed for them. First, there’s the Football Thing, which I don’t dare to mention during the interview. (Her mother’s family founded the Pittsburgh Steelers; her father’s founded the New York Giants.) Then there’s the fact that she followed her older sister Kate (The Martian) into acting and, by extension, the public eye. And let’s not forget that Mara’s astonishing turn in Carol has engendered breathless claims that she’s the next Audrey Hepburn. It’s safe to say she’s not getting out of the spotlight anytime soon.

It must be frustrating for someone who’s always been so keen to chart her own course. “I’ve always been much more of an independent person,” she explains, referring to why she decided to go to NYU’s Gallatin School of Individualized Study. “I had absolutely no idea what I wanted to do. I just wanted to try everything.” By the time she graduated, she had started Faces of Kibera (now part of the Uweza Aid Foundation), a charity that fights poverty in Kenya’s Kibera slum. She laughs at my suggestion that she was saving lives while the rest of the country’s undergrads were throwing Ping-Pong balls into red plastic cups, noting that she just craved “to be out in the world.” A line of Highsmith’s prose bubbles into my mind—Carol admonishing Therese with a question that Mara has clearly never needed anyone to ask her: “How do you expect to create anything if you get all your experiences secondhand?”

Carol is largely set in Manhattan, but director Todd Haynes, an expert at re-creating the past, decided to shoot in Cincinnati, which today looks more like old New York than the city does itself. “They dressed it up, of course, but it really did feel like stepping back in time,” remembers Mara. “At first I was like, Aw, fuck, because I love shooting in New York, but Cincinnati helped us get into that ’50s mind-set, into the restraint and all of that. Maybe we wouldn’t have gotten it if we had been here, which is such a progressive place that feels so modern and free.”

Mara is ideal for a period love story, because she thrives on period restraint. Referring to Therese’s yen for photography, Mara observes that the smitten clerk is “someone who watches people and takes them in.” It’s hard to think of a better way to describe the actor, whose characters are like icebergs that submerge most of their shape behind Mara’s bright, dynamic green eyes.

So much of the romance between Therese and Carol is in the way they look at each other. Of course, it isn’t hard to understand swooning for Cate Blanchett. “I remember the day we did the screen test for costumes and makeup,” says Mara while running her fingers through her hair, “and I walked out, and Cate had her wig on and her mink and her lips and her skin, and I just remember seeing her and being like, Oh, my God—who is this woman, and how can I be a little bit more like her? I was just as much in awe of Cate in the rehearsal room, when she had wet hair and no makeup on and was just being a real woman.” Being a “real woman” seems crucial to Mara, a famous person who has no interest in being a celebrity. I note that she does, you know, seem like an actual person.

“Thank God!” She exhales and leans back in her chair, her posture finally bending from a perfect line. “My thing is, if I can’t be a person in the world, how can I be a person in a film? If you don’t have life experience, then how can you pretend? Even now, if I work too much, I have to take time off. I have to fill myself back up with life and what it feels like to be human.”

A few hours later, when I watch Mara withstand an artillery of flashbulbs and rapturous applause on the stage of Alice Tully Hall for Carol’s New York Film Festival screening, it occurs to me how difficult it sometimes must be for her to feel like a human. But then I remember what she said to me before confounding my expectations for the last time with a warm hug. In response to a question about the breathiness of her Therese voice, she said, “There’s nothing jaded about the way women spoke in the ’50s. There’s no irony in their voices; they just sound genuine. We just don’t have that now.” Could’ve fooled me.

Read our review of Carol 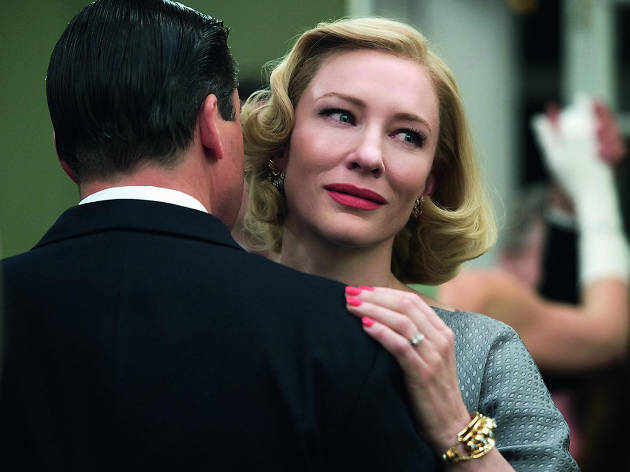 With Carol, director Todd Haynes returns us to a place similar to the repressed 1950s East Coast universe that he explored in his 2002 film Far from Heaven.