Marvel movies are all about their heroes—and thank God for that, because the villains of the Marvel Cinematic Universe (MCU) are a frustratingly bland collection of intergalactic sociopaths. Despite a vast archive of comic book villains to draw from, and a swelling number of the world’s best actors willing to wear whatever it takes to get the paycheck that comes with it, Marvel’s movie villains are still as disposable as the postcredit scenes that have been used to introduce them. There was hope that Avengers: Age of Ultron might signal a new commitment to the antagonists who’ve been tasked with killing time until Thanos arrives, but even a mo-capped James Spader couldn’t break the cycle.

In honor of his valiant attempt, here are the 10 main villains of the MCU so far, ranked from sort-of-fun to forgettable. 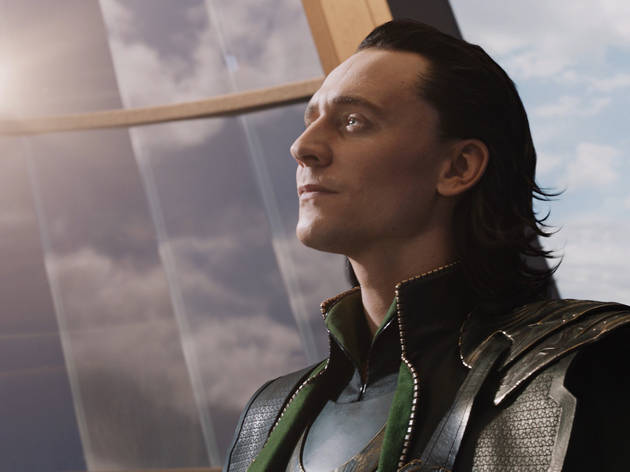 Loki is still the most compelling villain that has ever appeared in the MCU, and not just because his idea of a henchman is a pimped out version of Gort from The Day the Earth Stood Still. Birthed with Shakespearean flair by Thor director Kenneth Branagh, Loki may not be the brightest guy to walk the Bifröst (his schemes tend to be flawed, and his accomplices even more so), but no one leaves as much on the field as he does. So desperate for his adoptive father’s approval that he murders his birth dad in a misbegotten attempt to secure it, Loki is mad with the need to prove his worth. In a franchise hobbled by antagonists who lust after power for its own sake, the burning pathos behind Loki’s homicidal mania is a breath of fresh air. By the time the volatile demigod arrives on Earth in The Avengers, dying for a planet that he can rule on his own, the palpable clarity of his purpose is almost as alien as he is.

Given that Thanos more closely resembles Sulley from Monsters, Inc. than a legitimate threat, it’s a good thing that we haven’t seen the last of Loki. 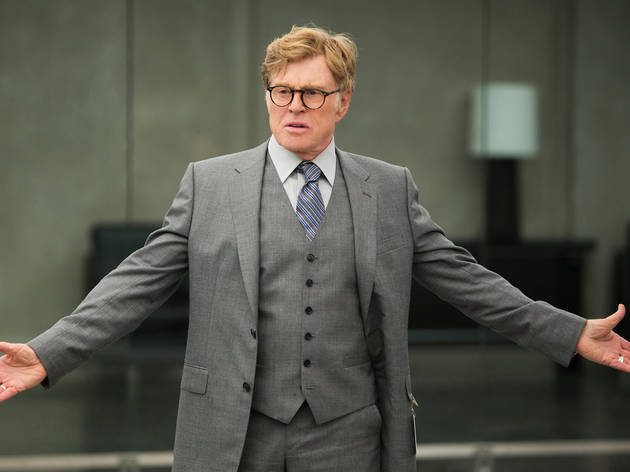 Once the face of classic paranoid political thrillers like Three Days of the Condor and All the President’s Men, Redford gets to riff on his past as a Hydra spy operating under the guise of a senior S.H.I.E.L.D. executive. He knows a thing or two about cultivating a healthy distrust of government agencies, but Pierce’s whole shtick (“Building a better world sometimes means tearing down the old one”) is maddeningly basic. He epitomizes how superhero movies tend to confuse ideology for motivation, the character only existing to embolden Marvel’s moral stance that humans will always be unfit to play God, even as technology makes it easy for them to assume the role.

It doesn’t help that the real NSA is a hell of a lot scarier than Pierce’s “Project Insight,” ultimately making The Winter Soldier feel like a Kidz Bop cover of Citizenfour. 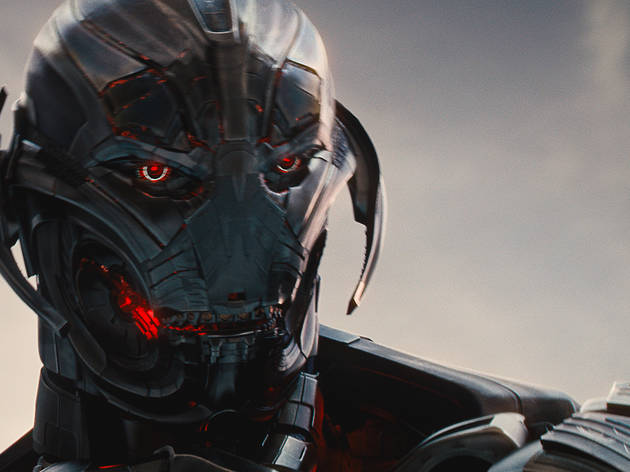 The last time that Spader worked with this much twisted metal, we got Crash. Here, all we get is a sarcastic Skynet. In theory, Ultron is a homicidal AI program that becomes sentient and hops between bodies in a convoluted attempt to rid the earth of humans. In practice, he’s one of the 72,000 indistinguishable robots that appear in the movie that bears his name, distinguished only by glowing red eyes, a penchant for quoting Pinocchio, and the power to subliminally remind you to watch The Blacklist on NBC (Thursday at 9/8c).

Though his quasi-environmentalist agenda is unclear, Ultron ends up on the better half of this list because of what he represents for the Avengers. More than just a symptom of Tony Stark’s dangerous attempt to automate galactic peace, Ultron’s intangible form violently confronts Iron Man and his allies with the ideas of invincibility and impermanence that have gnawed at them (and the movies) from the beginning. Ultron may be the most thematically interesting Marvel villain, but the movie treats him like he’s just fodder for the scrap heap. 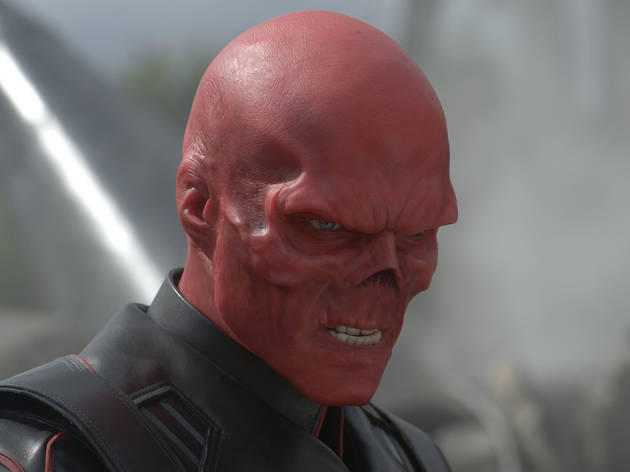 Hugo Weaving as a menacing villain with great diction and a flair for violence? Wow, what a long day for Marvel’s casting director that must have been. What’s next, Andy Serkis as a mewling black market arms dealer?

An enjoyable reincarnation of the guy whose face melted off at the end of Raiders of the Lost Ark, Red Skull is a proud member of the Nazi Party, a fact that goes a long way toward fleshing him out as an antagonist. (But not nearly far enough to compensate for his actual lack of flesh, which never becomes more than a dull aesthetic flourish.) Otherwise, he’s red, he sounds like Werner Herzog, and he wants to be a god. Sorry bro, but having the best henchman in the MCU only gets you so far. 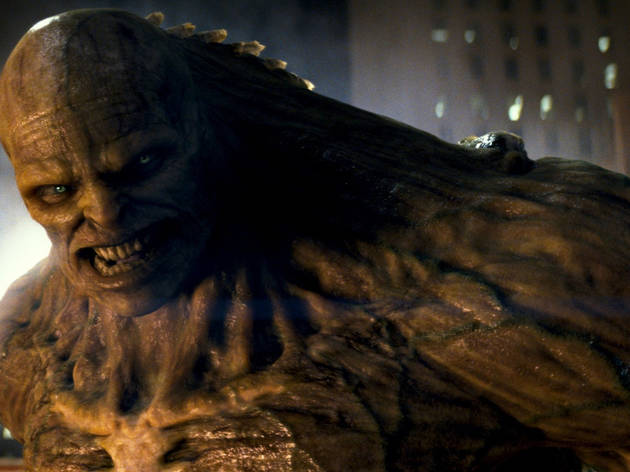 The story goes that Marvel was reluctant to cast the great Tim Roth as the villain of the MCU’s only standalone Hulk movie, but that’s hard to believe, given how their approach to the character seems to have been: “Cast Tim Roth and the rest will take care of itself.” It didn’t.

Blonsky is a Russian-born British Royal Marine who’s assigned to capture Bruce Banner, only to become green with envy over his target’s ability to hulk out. The part never gets more complicated than that. A sample line of Blonsky dialogue: “I want what you got out of Banner. I want that.” And a few moments later in the same conversation: “I want that. I need that. Make me that.”

While his goals were certainly clear, the only thing that Blonsky ever accomplishes is the destruction of historical Harlem, putting his villainy on par with Columbia’s gentrification efforts. 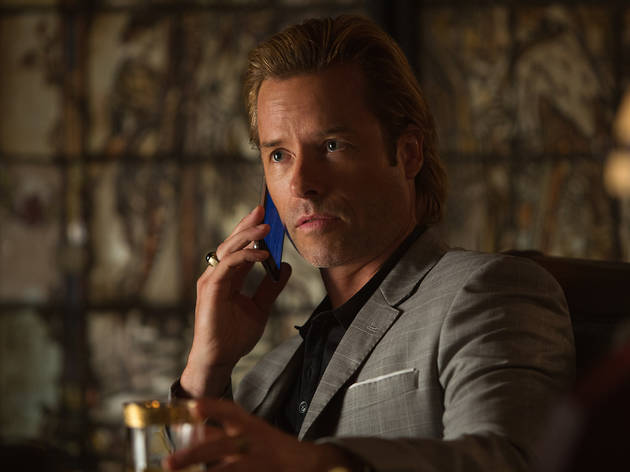 The most terrifying thing about Aldrich Killian is that he’s the best of the Iron Man villains.

Iron Man 3 is pretty much the She’s All That of superhero movies, in that it chronicles the transformation of a hideously deformed scientist (eww, glasses and combination skin!) into the hottest guy at school. Seriously, he can breathe fire. But magic powers and a killer makeover aren’t enough for Killian, who doesn’t seem to know that the worst thing you can do in a Marvel movie is want more power than you’re given.

It doesn’t help that a key part of Killian’s plan involves being so much lessinteresting than his drunken henchman (the Mandarin) that nobody bothers to pay attention to him. It took them an entire phase of the MCU, but Marvel finally reached the point where its bad guys were boring on purpose. 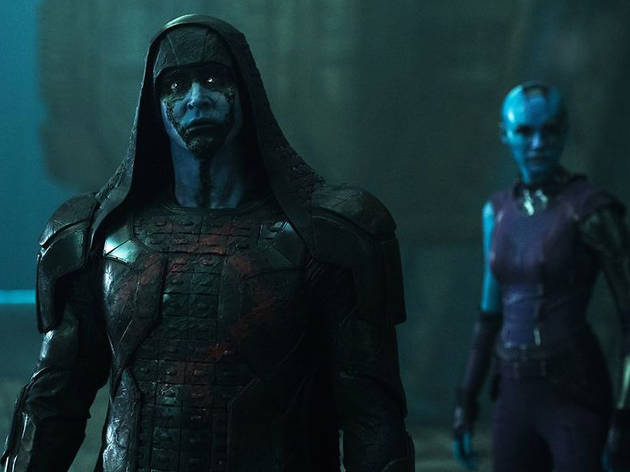 An intergalactic judicial officer who looks like a cross between Criss Angel and a construction worker who live-tweets WWE wrestling, Ronan the Accuser is the Darth Maul of the MCU. On one hand, you have to admire his ambition: A glorified henchman who’s sick of doing what Thanos tells him, Ronan wants to get his periwinkle hands on an Infinity Stone so he can destroy a planet or two. Unfortunately, the dude just does not have the charisma required to keep up with the Guardians of the Galaxy, and his intolerance for weakness blows up in his face when he’s killed by a raccoon, a tree and the universe’s last Jackson 5 fan.

Not even Thanos has time for Ronan’s shit, and he’s a purple cartoon gorilla who’s too lazy to get off his space couch and do something with his life: “Your politics bore me!” he yells at his lackey. “Your demeanor is that of a pouting child. And apparently you alienated my favorite daughter, Gamora.” Thanos may be hell-bent on the destruction of everything we know and love, but it turns out that he’s a pretty good judge of character. 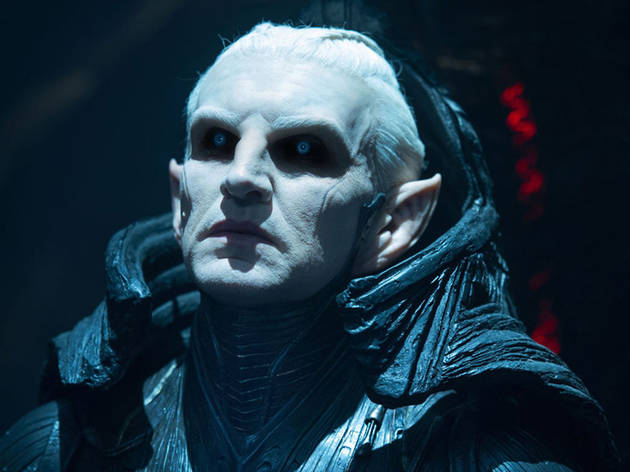 I know a lot of you are probably confused right now but I swear they actually made a Thor sequel. I’m not making this up—it came out in theaters and everything.

The Dark World is far and away the most forgettable Marvel movie. This should have made it the easiest place for a villain to stand out, but it just wasn’t meant to be for poor old Malekith. The frustrated leader of the Dark Elves, Malekith is little more than the Frank Grimes of Svartalfheim, and he promptly exits the MCU when he’s crushed by his own ship. If only he had paid attention to the first rule of surviving the climax of a Marvel movie: Look up, something large is probably about to fall on you. 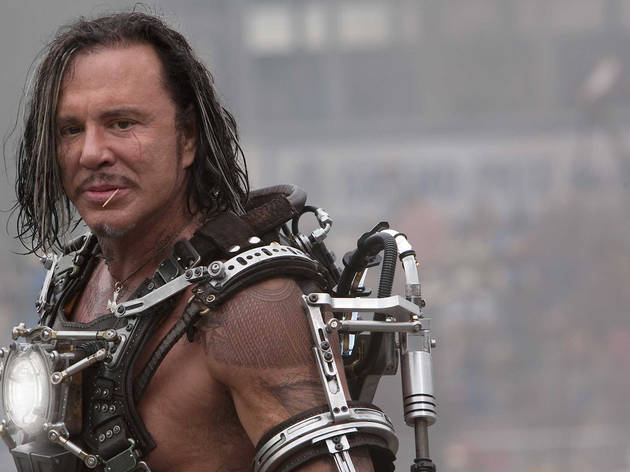 A Russian physicist who wants revenge on Tony Stark because the billionaire playboy had his dad deported, Ivan Vanko is determined to take Iron Man down a peg or two and show the world that metal can bleed. Vanko’s character exists to confront the Avenger about the unseen dangers of his tech, and the true consequences of the collateral damage for which he and his father are responsible. (If Age of Ultron is any indication, the Stark family may not be all that popular in Eastern Europe.) And yet, for all of Vanko’s snarl and shirtlessness, the only time that Iron Man 2 finds Tony in any real danger is when he’s left alone with a bottle.

The most interesting thing about this Eastern Promises reject is that, on Vanko’s list of concerns, ending the Stark bloodline seems to run a distant second to spending some quality time with his pet cockatoo. (Rourke insisted that the character have a bird, and he paid for it with his own money.) 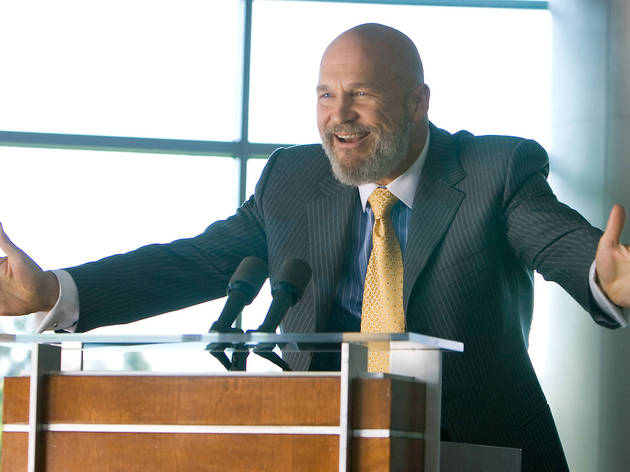 The second-in-command at Stark Industries, Stane’s master plan involves supplying the Ten Rings terrorist organization with Iron Man tech in a doomed bid to unseat Tony at the top of the company. He’s basically a one-man Halliburton, which would be a little more exciting if the Penguin in Batman Returns hadn’t already been so clearly inspired by Dick Cheney.

It’s tempting to cut ol’ Obadiah a little slack given that he’s a starter-level Marvel villain, but the Dude cannot abide. It would be a bit too harsh to say that Stane is completely useless, but it’s telling that the first thing listed under the “Power and abilities” section of Stane’s Wikipedia page is that he has an M.B.A.

It doesn’t help that so many of Bridges’s scenes were cut, and it helps even less that 70 percent of Stane’s surviving dialogue consists of the word “Tony.”