We figure you're charting your heartbroken way here a few months after scouring our best love songs playlist—sorry to hear the bad news. Sure, the best breakup songs might not be all celebration and joy, but we're here to remind you: It doesn't have to be all doom and gloom either! Turn to Cee-lo to keep your angry head held high alongside a raised middle finger, or bask in your own independence and self-love with Ariana Grande. And if neither of those reponses resonate with you, then worry not, because this playlist includes plenty of simple old-school wallowing too. So cue-up this playlist, peruse a few dating apps and then maybe crank the best party songs for a weekend bender to remind yourself: You're better off single!

The lead singer of seminal Manchester, U.K., band Joy Division, Ian Curtis was one of indie rock’s greatest losses—a troubled genius who let his shyness fall away onstage, but lived his personal life in quiet agony.  “Love Will Tear Us Apart” is Curtis at his most melancholic, and the ultimate chronicle of a relationship’s breakdown. The lyrics are ostensibly about Curtis and his wife, Deborah, but they also refer to the inner rifts that contributed to his fragile psychological state and his eventual suicide in May 1980—a mere five months after this track was recorded. For listeners, though, its eternal chorus—“But love, love will tear us apart again”—says everything there is to say about the mixed pleasure and pain of being in thrall to another human being. It is, without a doubt, the best breakup song ever created: Not just a ditty about dwindling affections, but a searingly precise evocation of human fragility. We are simple beings, it seems to say, made and broken by small moments, and powerless against the tide of our own emotions.—Jonny Ensall 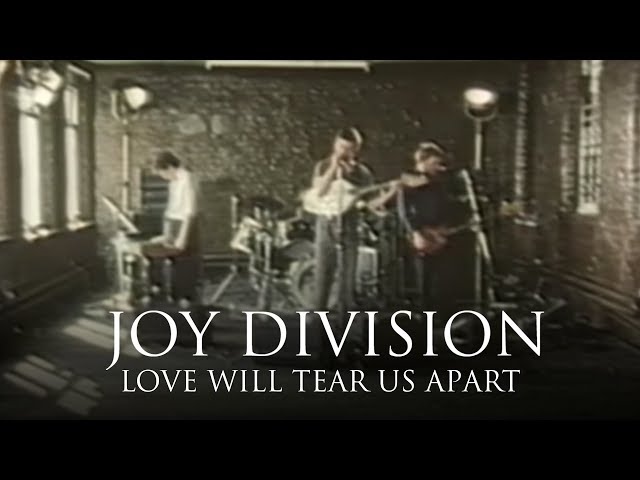 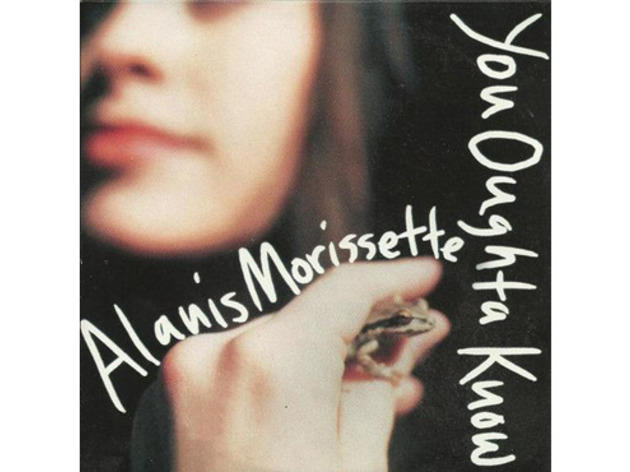 Purported subject of this song Dave “Uncle Joey” Coulier insists that his breakup with Alanis was amicable. But there’s nothing well-wishing about this most vengeful of jilted-lover odes, the object of many a cathartic karaoke jam since its release in 1995. Like all great rages, Alanis lets hers build: The tune begins like an unexploded bomb, and you can almost smell the cordite in the air as she murmurs: “I want you to know / I’m happy for you…” And then the guitar kicks in, and the uncomfortable questions begin: “Is she perverted like me? / Would she go down on you in a theater?” By the time she’s growling about scratching her nails down someone else’s back and hoping you feel it, it’s already too late, Coulier. This one’s for the most demonstrative of your five stages—white-hot anger.—Jenna Scherer

Most heartbreaking lyric: “'Cause the love that you gave that we made wasn't able/ To make it enough for you to be open wide” 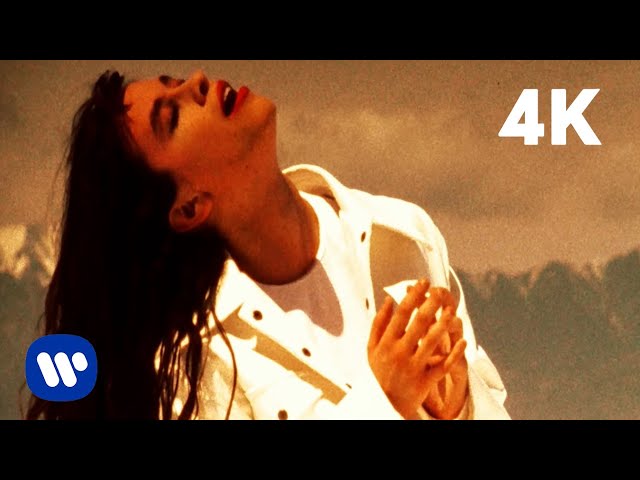 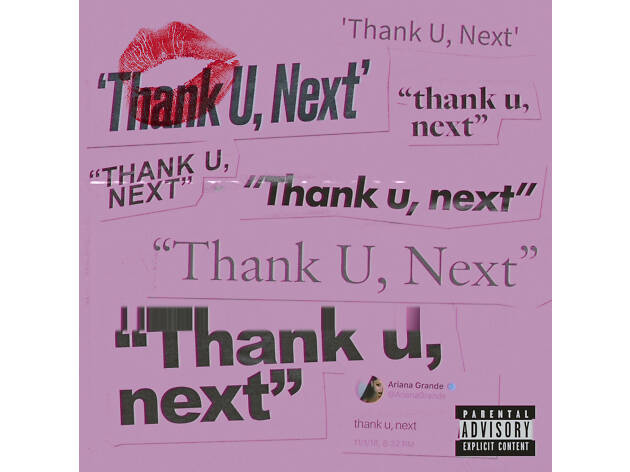 Following your breakup with a hit single thanking each and every one of your ex's for the lessons learned from those relationships? The phrase "above it" hardly seems sufficient. Ariana teaches us all what it means to go out with grace on this suprise-release earworm.

Most heartbreaking lyric: "Wish I could say Thank you to Malcolm / 'Cause he was an angel" 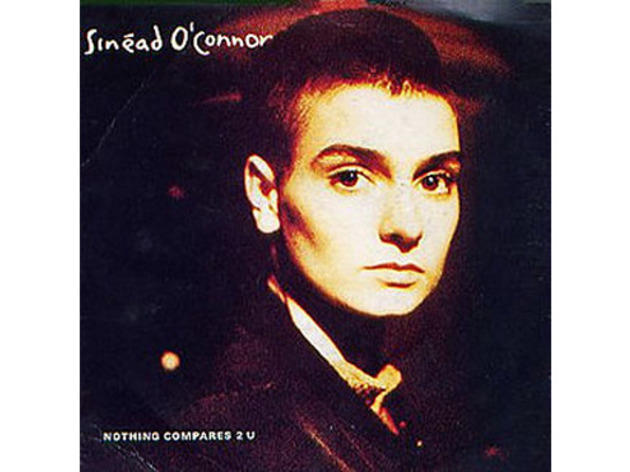 Originally written and composed by Prince, “Nothing Compares 2 U” didn’t reach iconic, heart-decimating status until a certain headstrong Irish singer-songwriter tried her hand—and those sad, sad eyes—at covering it in 1990. The video, which alternates between a stark close-up of O’Connor’s despair-wrought face and shots of the dark-cloaked songstress roaming through the Parc de Saint-Cloud (a historic park just outside of Paris), was cited by Miley Cyrus as the inspiration for her 2013 “Wrecking Ball” video. Whatever your opinion of that spectacle, it can’t be denied that more than two decades later, O’Connor’s wrenching rendition still packs a punch.—Kristen Zwicker

Most heartbreaking lyric: “Like a bird without a song / Nothing can stop these lonely tears from falling” 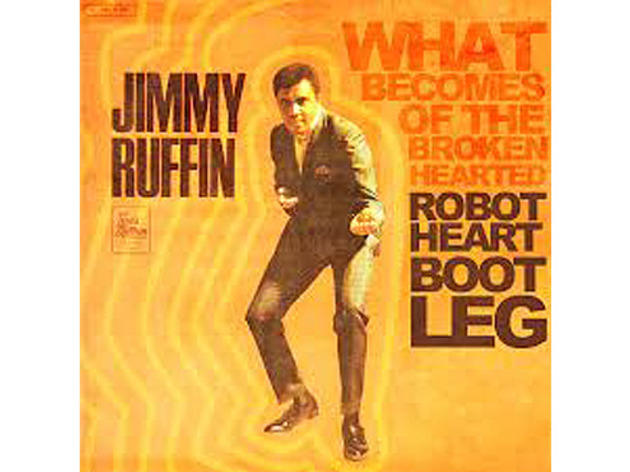 What becomes of the brokenhearted? They end up listening to this solid-gold soul classic, over and over again, is what. The sad and newly-single can find solace in its driving, determined verses; tantalizing string refrain; major-to-minor key changes; and knowledge that yes, we’ve all been through it, and survived. Recorded in 1966 for Motown, the song is among the label’s most-covered hits. Anyone who’s turned to music for comfort (that’ll be all of us, then) will understand why.—Sophie Harris

Most heartbreaking lyric: “I’ll be searching everywhere just to find someone to care” 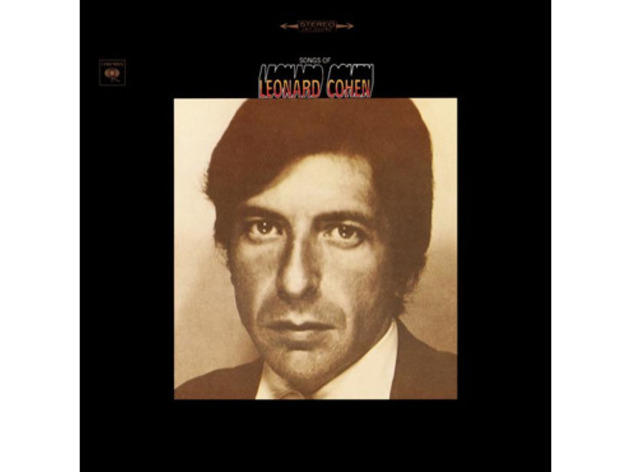 Tear-jerking Canadian troubadour Cohen has many a song in his arsenal to reduce grown adults to pathetic wistfulness, but this 1967 beauty is the most effective of them all. Its setup is simple—two lovers remember the happy times even as they part, via Cohen’s sweet, sad lyrics: “You know my love goes with you as your love stays with me / It’s just the way it changes, like the shoreline and the sea.” What makes it a classic, however, is how upbeat Cohen’s picked guitar, mouth harp and evocative similes feel against the reality of the situation, deftly demonstrating that losing someone can be painful but cathartic.—Jonny Ensall

Most heartbreaking lyric: “But now it’s come to distances and both of us must try.” 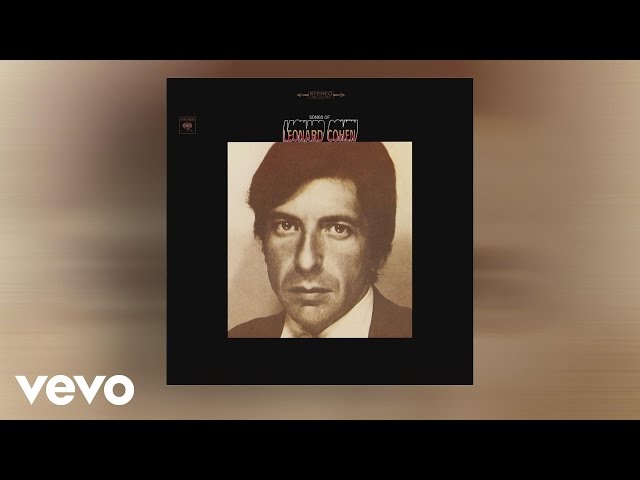 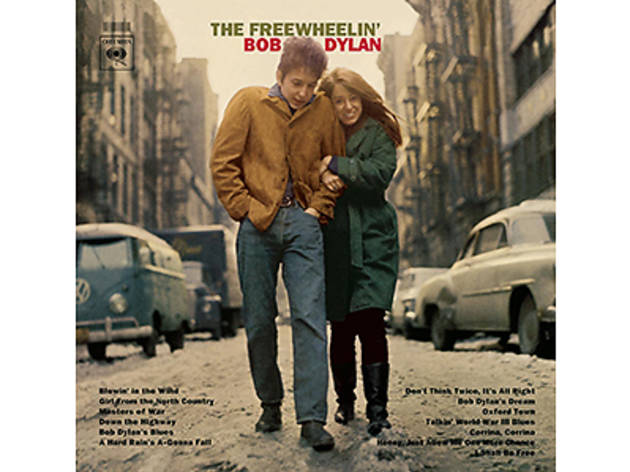 The man born "Robert Zimmerman" lifted the melody to this wistful folk classic from a traditional country diddy, but inserted his own lyrics—a fortunate change considering the original, "Who's Gonna Buy Your Chickens When I'm Gone?," holds a few too many chicken-related lines to land the same emotional punch. The tune feels weary, lived-in and intimate, with our narrator leaving behind simmering resentment for quiet resignation. It's not so much an optimistic end as a stoic acceptance that "it is what it is"—and what more can you really ask for post-breakup?

Most heartbreaking lyric: “Goodbye is too good a word, babe / so I just say fare thee well” 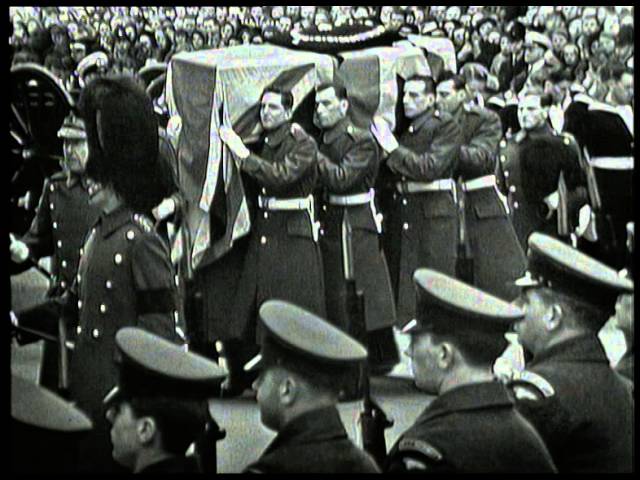 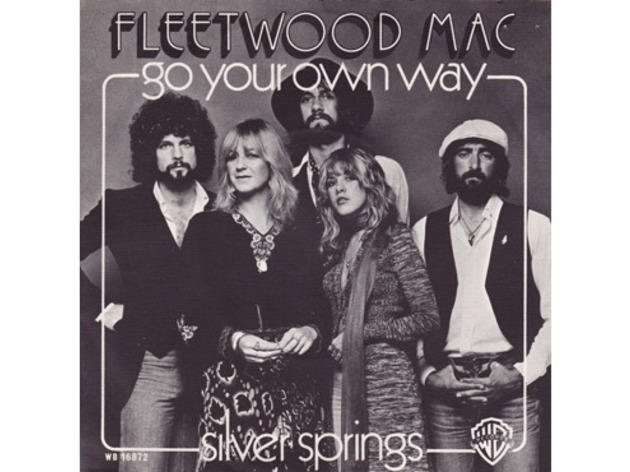 From one of rock’s most painful breakups came one of rock’s greatest breakup songs. The fallout from Lindsey Buckingham’s split with Stevie Nicks in 1976 may have made the recording of Rumours a living hell for its creators, but who cares? It spawned one of the most defiant and furious songs of a generation. No pain, no gain.—Oliver Keens

Most heartbreaking lyric: “Baby I'd give you my world / How can I, when you won't take it from me” 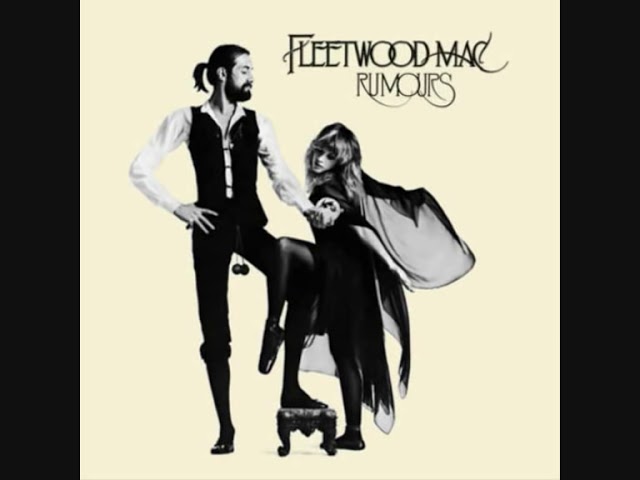 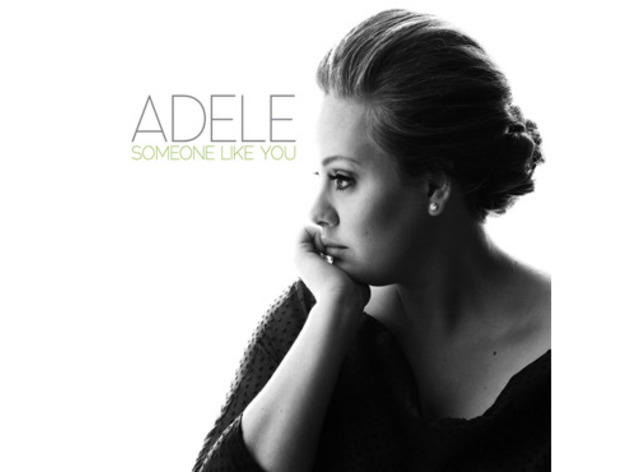 You’d have to be some kind of monster not to mist up a bit at Adele’s 2011 tear tugger. A Saturday Night Live sketch has been written about its irresistible emotional pull; even dogs, it seems, are not immune. Part of what gives the song this power, paradoxically, is its rejection of sadness. The heartbroken singer enacts a performance of brave stoicism (she’s fine, she’ll move on, she’ll find someone else), but we know that she is fooling herself (she’s a mess, she’s still stuck, the best someone else is still the guy she has lost). But her willful refusal to cry about it lets us do the sobbing for her.—Adam Feldman

Most heartbreaking lyric: “I had hoped you'd see my face and that you'd be reminded / That for me it isn't over” 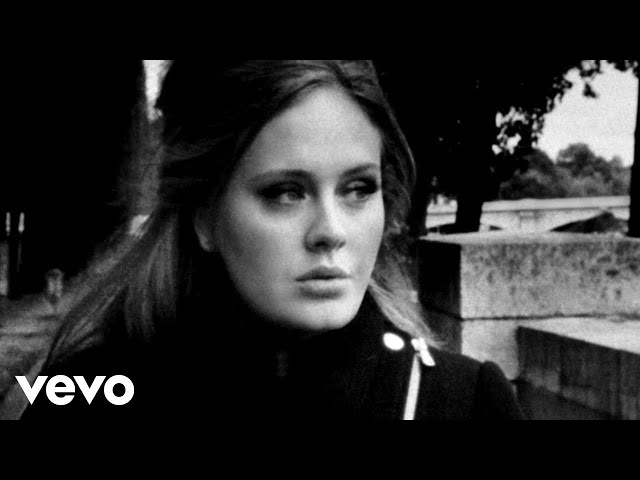 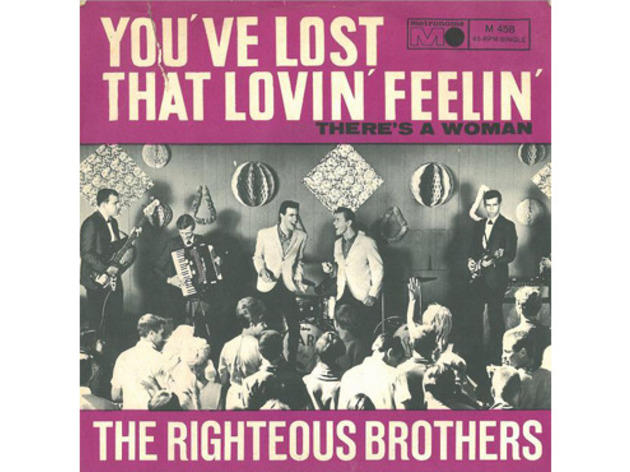 Love crashes into a wall—specifically, producer Phil Spector’s trademark “Wall of Sound”—in this blue-eyed-soul lament, the 20th century’s most-played song on radio and TV. Cowritten by Spector and Brill Building hit makers Barry Mann and Cynthia Weil, the song begins with a sharp observation (“You never close your eyes anymore when I kiss your lips”) that leads to the chorus’s pained conclusion. But the song’s slowness and length—in 1964, 3:45 was an eternity for radio pop—give it an aching tenderness that makes its final exhortation to “bring back that lovin’ feelin’ ” sound like it has some hope of success.—Adam Feldman

Most heartbreaking lyric: “It makes me just feel like crying, ‘cause baby, something beautiful's dyin'”